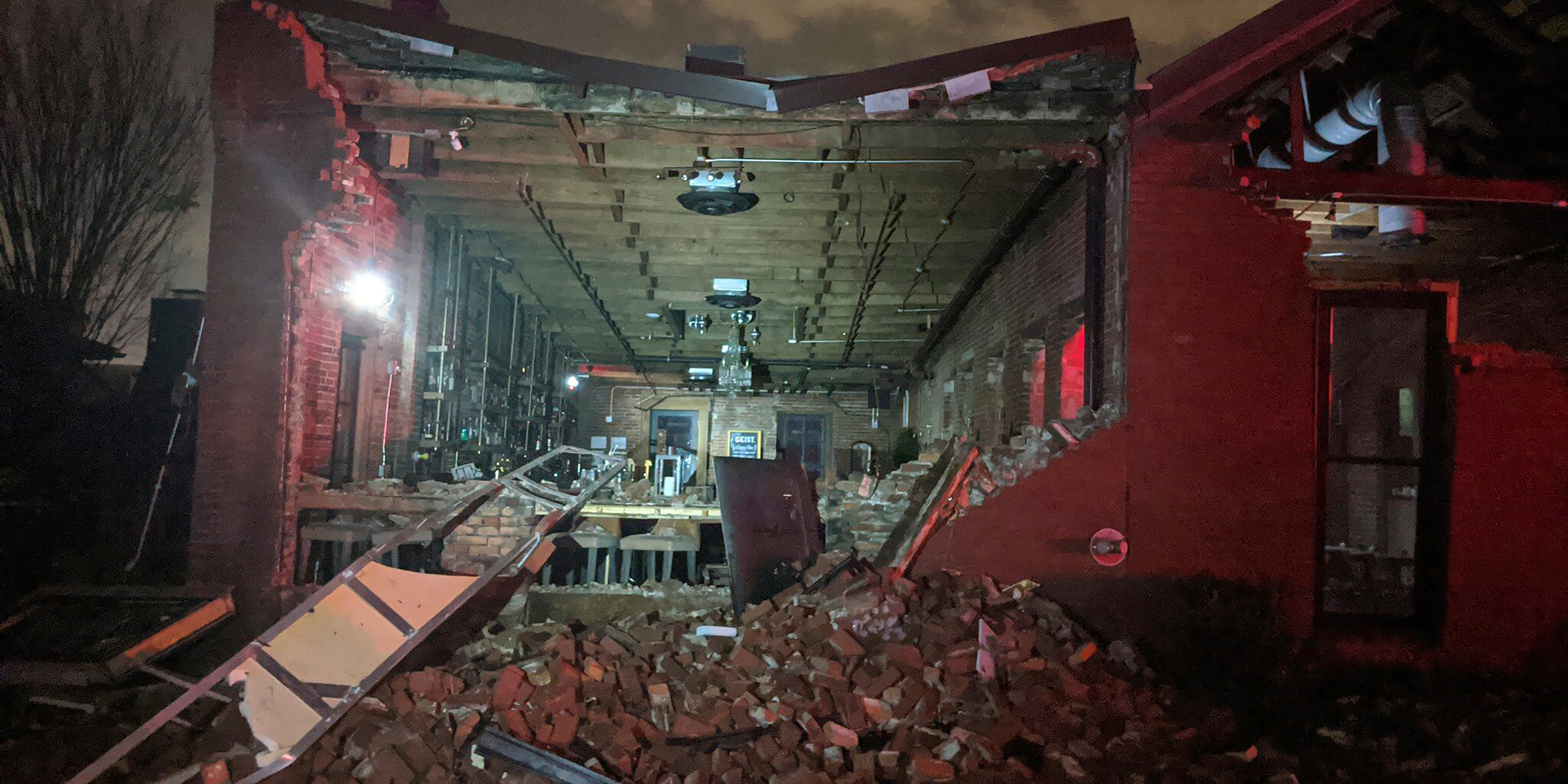 (Alex Carlson via AP)Bricks from a collapsed wall of the Geist restaurant littered the ground Tuesday after a tornado hit downtown Nashville, Tennessee.

At least eight people are dead in Tennessee after a tornado ripped through the Nashville area on Monday night in a storm that also destroyed at least 40 buildings.

From about 11 p.m. Monday to 2 a.m. Tuesday local time, multiple tornado sightings were reported in Tennessee, according to the National Weather Service.

The deaths occurred at multiple locations, including two in East Nashville and four in nearby Putnam County, according to CNN.

The Nashville Fire Department tweeted that it was responding to the collapse of at least 40 structures in the city area. 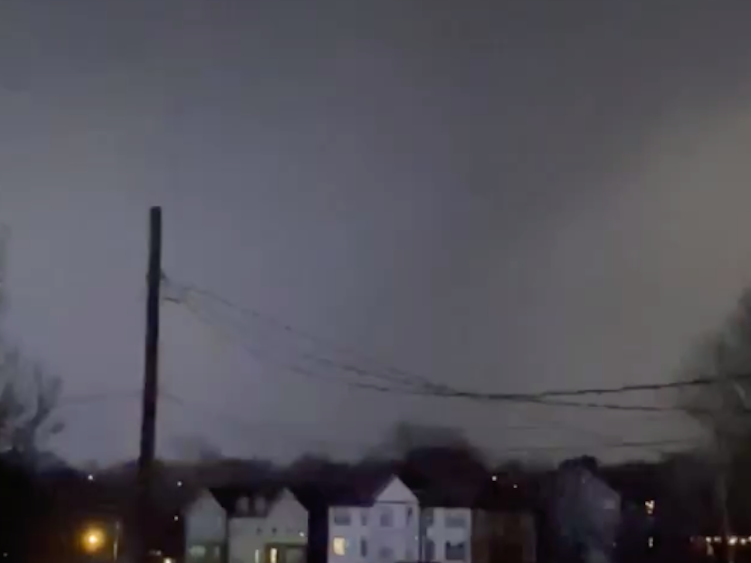 Screenshot/Daniel Ally/TwitterAn image from a video taken by the Twitter user Daniel Ally that appeared to show a tornado ripping through the Nashville area on Monday.

The storm has left 47,800 people without power, according to the Nashville Electric Service.

Metro area schools have been closed, and some workers have been told not to come in to work.

“You should be in a safe place NOW!!! THIS IS AN EXTREMELY DANGEROUS STORM!!!,” the NWS in Nashville tweeted early Tuesday morning.

Portions of central Alabama were also been placed on tornado watch Tuesday by the NWS, which predicted wind gusts of up to 70 mph.