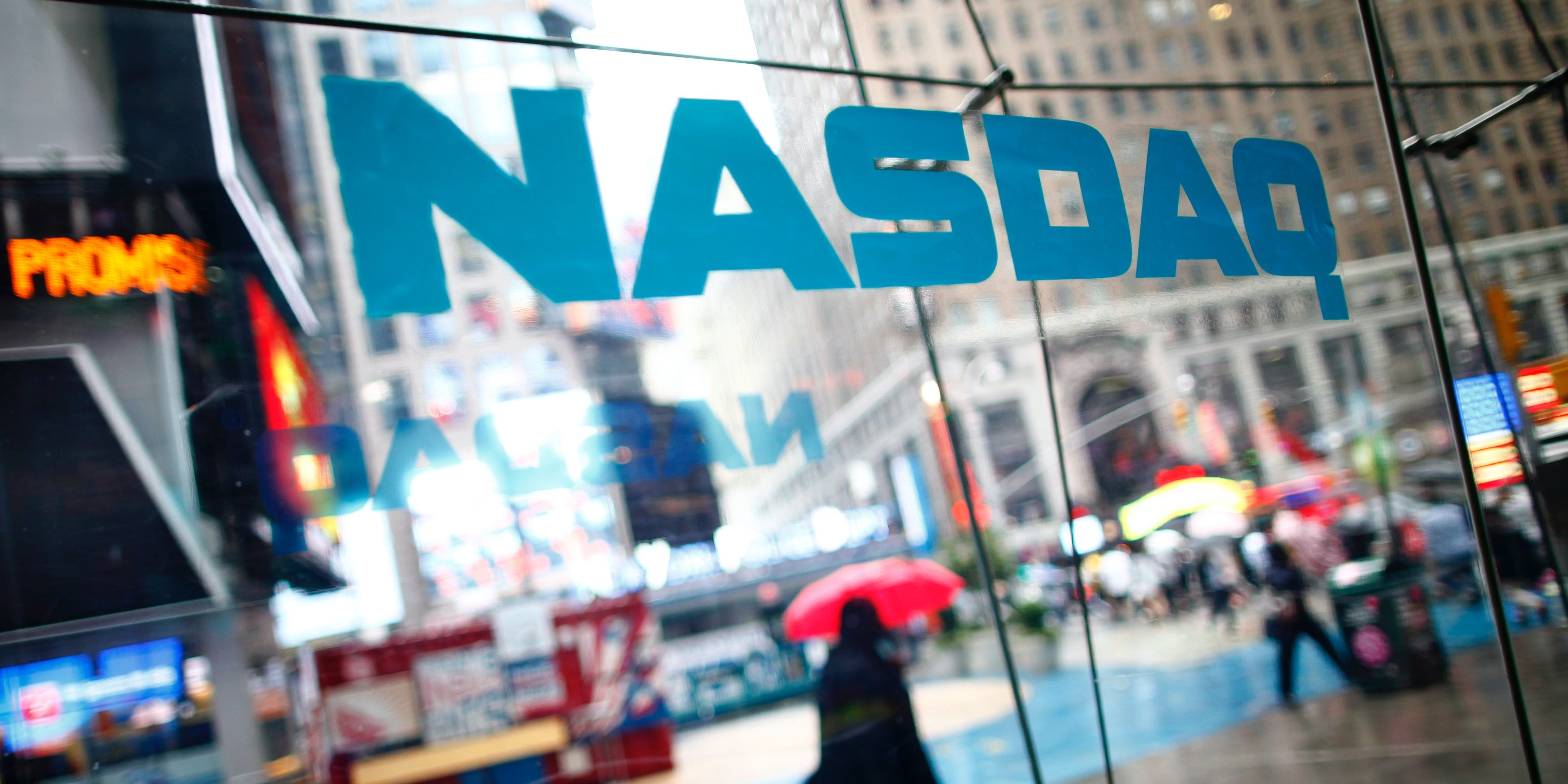 The Nasdaq 100 surged to a new intraday record in Thursday trading, becoming the first major US stock index to retrace its coronavirus decline.

The 100-stock index reached an intraday high of 9,741.97 at 10:32 a.m. ET before retreating with its peer indexes as the day’s rally paused. eBay led the Nasdaq’s run-up, leaping as much as 9.8% after revealing strong demand through the second quarter and boosting its profit guidance.

United Airlines rallied as much as 17% through the day, though its lower weighting in the Nasdaq 100 stifled its contribution to the upswing.

In all, the index rocketed more than 43% in about two-and-a-half months to eclipse its February 19 highs.


Read more:
‘The system is not built to look after us’: A former political consultant who retired at 38 shares her simple, ‘non-budget’ approach to mastering and growing wealth

Soaring tech mega-caps fuelled much of the index’s recovery as investors piled into popular firms through April and May. The FAANG coalition – Facebook, Amazon, Apple, Netflix, and Google – all leaped over recent months as traders bet on stay-at-home trends to boost tech names. Their gains through earnings season contributed to the Nasdaq composite erasing all year-to-date losses in early May.


‘I’m buying the property with 100% of other people’s money’: Here’s the creative real-estate-investing strategy Josiah Smelser used to complete almost $US4 million in deals over the last 12 months 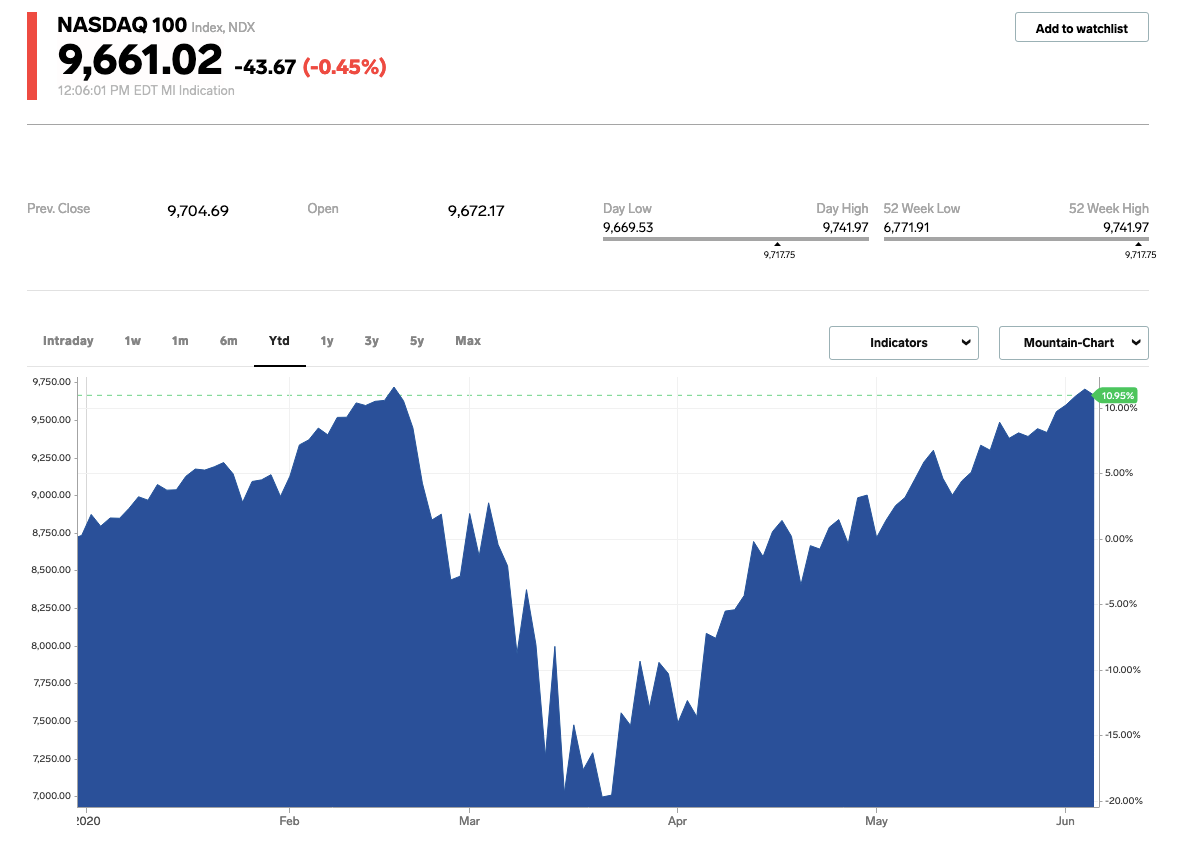