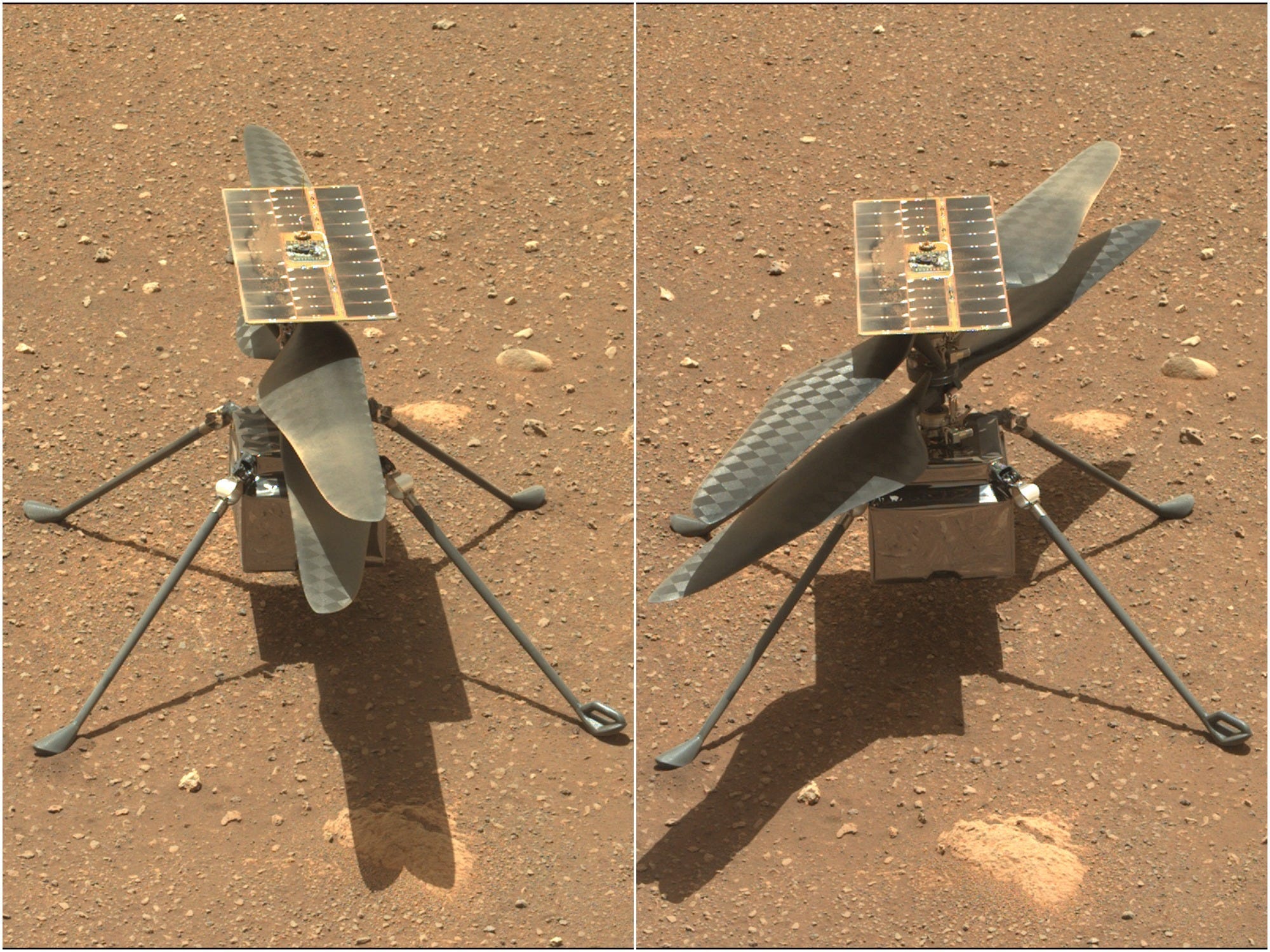 NASA/JPL-Caltech/ASUThe Perseverance rover captured images of the Ingenuity helicopter before (left) and after (right) spinning its rotor blades.

NASA is trying to fix a glitch in its Mars helicopter.

The $85 million drone, called Ingenuity, was originally scheduled to make the first controlled, powered flight ever conducted on another planet on Monday. But an issue arose during a crucial ground test on Friday, throwing a wrench in that plan.

Now, NASA says the helicopter won’t fly before April 21. The agency intends to pick a new flight date next week.

In the unsuccessful ground test, Ingenuity was supposed to spin its blades at full speed without lifting off. For the 2kg drone to fly in the thin Martian atmosphere, its two pairs of blades must spin in opposite directions at more than 2,500 rotations per minute – about eight times faster than a helicopter on Earth. So the test was a final checkout to ensure Ingenuity’s rotors would do just that. 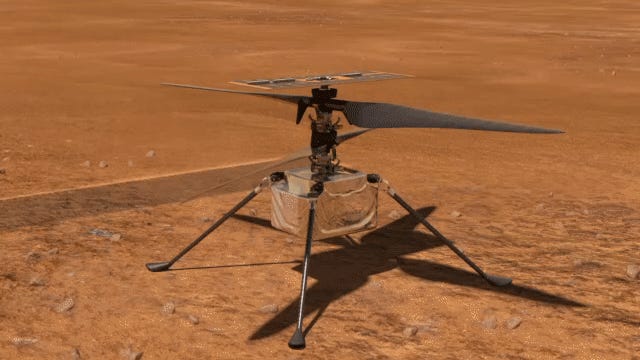 After discovering the issue, engineers figured out a software patch that should fix the problem. In the meantime, Ingenuity is still “healthy,” NASA said in a statement on Monday.

Still, the NASA team behind Ingenuity have long known that the helicopter could run into problems, and consider it a “high-risk, high-reward” mission. It’s an experiment, after all, meant to prove that a rotorcraft flight could work on Mars.

“We are aware that failure is more likely in this kind of scenario, and we’re comfortable with it because of the upside potential that success has,” Thomas Zurbuchen, NASA’s associate administrator, told Insider last week, before the spin test. “If something doesn’t go exactly like it’s planned, what we like to do is learn the most about it then go forward.”

Ingenuity’s software fix is ‘straightforward,’ but it takes time 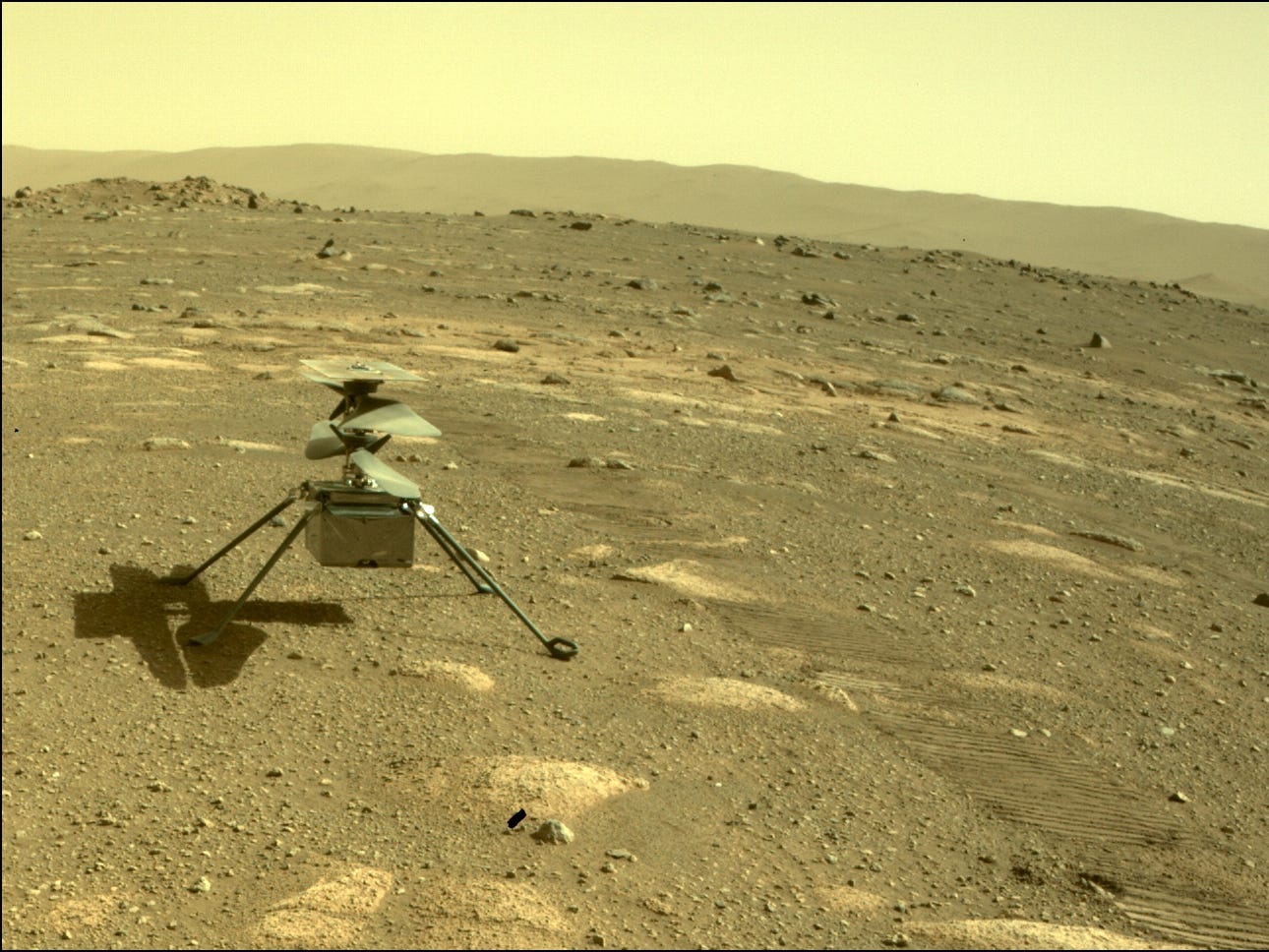 NASA/JPL-CaltechNASA’s Ingenuity helicopter, photographed on Mars by the Perseverance rover on April 4, 2021.

Over the weekend, Ingenuity’s engineers reviewed the data from its failed rotor-spin test and determined that the best fix is a “minor” and “straightforward” tweak to the flight software, according to NASA.

“This software update will modify the process by which the two flight controllers boot up, allowing the hardware and software to safely transition to the flight state,” the agency said in a statement.

It will take several days to run the software change through a validation process, then uplink it to the helicopter on Mars. Once that’s done, Ingenuity can re-do its high-speed spin test and NASA can set a date for its first flight.

If the patch works and Ingenuity flies successfully, it could open the door for a new era of helicopter exploration on other planets. Space drones could do all kinds of things that rovers can’t – flying through canyons or up mountains, hopping in and out of craters, or even doing reconnaissance for future astronauts.

“Suppose that it does, in fact, work. What we will have proven is that we can add an aerial dimension to discovery and exploration on Mars,” Zurbuchen said. “That aerial dimension, of course, opens up aspects of science and overall exploration that, frankly, at this moment in time, are only our dreams.”