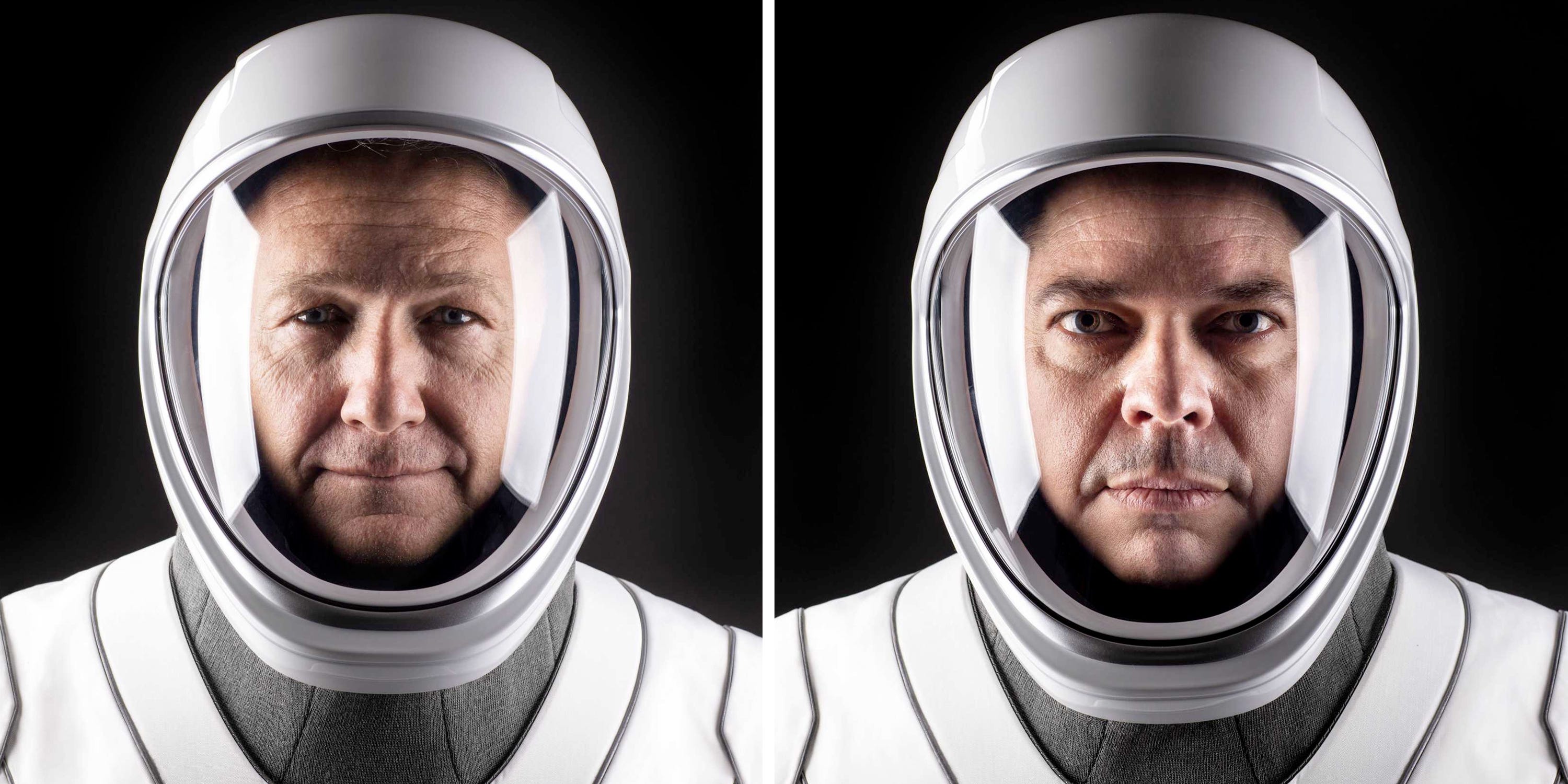 SpaceXNASA astronauts Doug Hurley (left) and Bob Behnken (right), who are scheduled to be the first people that SpaceX launches into orbit.

On May 27, two veteran astronauts – Bob Behnken and Doug Hurley – are slated to drive out to a historic launch pad at Kennedy Space Centre, ride to the top of a 23-story Falcon 9 rocket, and board SpaceX’s new Crew Dragon spaceship.

If weather and hardware cooperate, the two men will lift off at 4:32 p.m. ET and launch toward the International Space Station (ISS). Once they arrive at the football-field-size laboratory, they will remain there for an “extended stay,” though “the specific duration of the mission is to be determined,” NASA said in an announcement on Friday.

Behnken and Hurley’s mission, dubbed Demo-2, is easily one of the most important flights for NASA in decades and all of SpaceX’s 18-year history. It is part of a public-private partnership with rocket companies like SpaceX and Boeing, called the Commercial Crew Program, to revive American spaceflight capabilities for astronauts.

“For the first time since 2011, we are on the brink of launching American astronauts from American rockets on American soil,” NASA Administrator Jim Bridenstine said in August 2018 during the debut of Commercial Crew astronauts. Since the retirement of NASA’s space shuttle fleet in July 2011, the agency has relied solely on Russian rockets to send astronauts to and from the ISS.

So despite the coronavirus’ rapid spread and subsequent tangling of well-laid plans across the globe – NASA locked down all of its facilities to all but the most essential work – the mission, deemed critical to US access to space, is proceeding.

“We are following CDC [Centres for Disease Control] recommendations for infection control to minimise the risk of exposure to astronauts in training, as well as all NASA employees,” Josh Finch, a spokesperson at NASA headquarters in Washington DC, told Business Insider in March. He added that NASA is also “limiting contact with crew members” like Behnken and Hurley (and backup crew member and astronaut Kjell Lindgren) to reduce their exposure risk to COVID-19, the respiratory disease caused by the virus.

If Crew Dragon proves to be a relatively safe vehicle to fly people into orbit, a company called Axiom Space, which was co-founded by a former NASA crewed spaceflight manager, aims to fly private citizens aboard the spaceship starting around 2021.

For his part, SpaceX CEO Elon Musk sounded excited yet exasperated about the time it’s taken for his rocket company to arrive at this critical juncture.

“Good progress, but 18 years to launch our first humans is a long time,” Musk tweeted on Friday. “Technology must advance faster or there will be no city on the red planet in our lifetime.”

Musk is pursuing such a city on Mars through the development of an enormous, low-cost, and rapidly and fully reusable launch system called Starship at a nascent (and controversial) development, test, and launch site in South Texas.