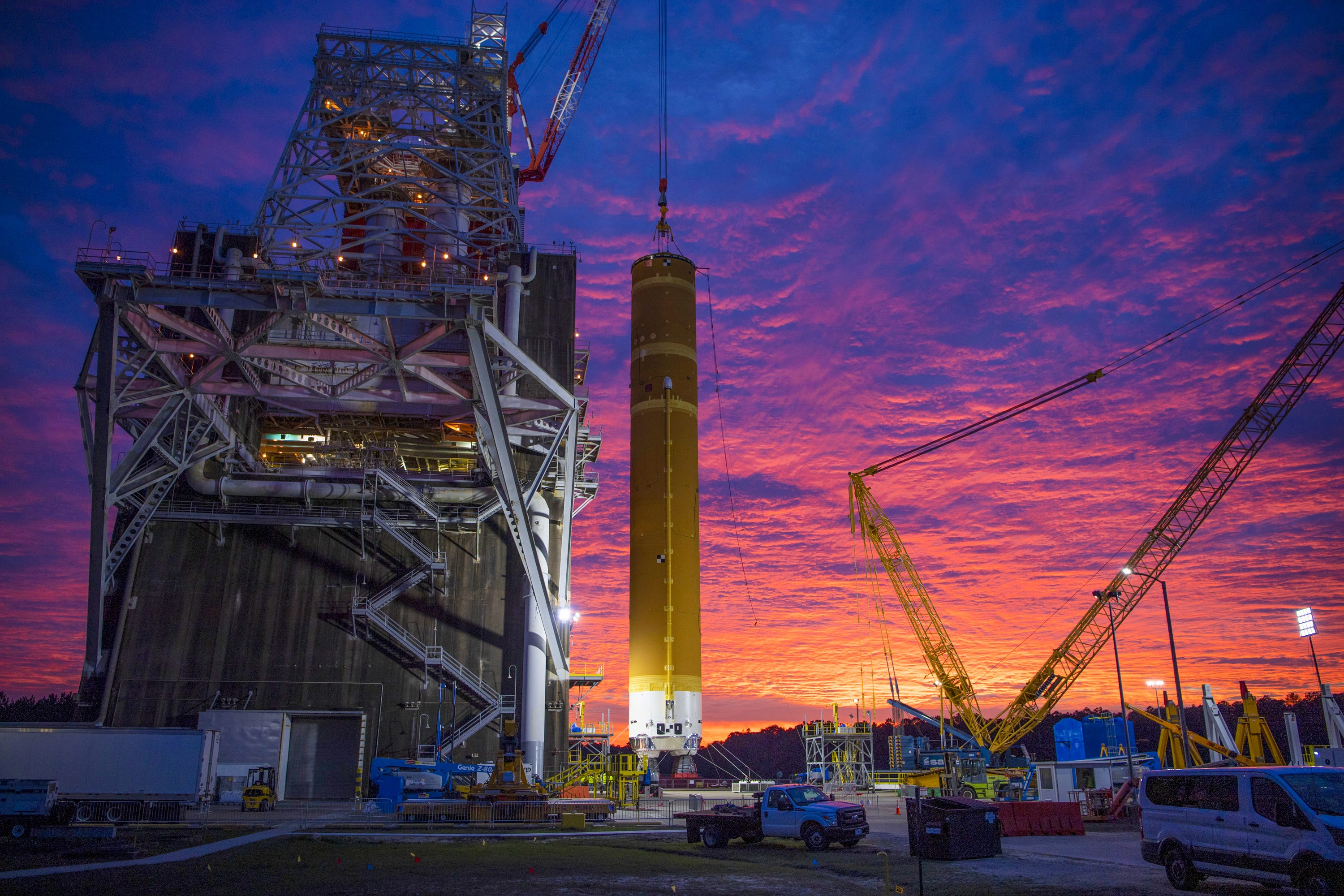 NASACrews at Stennis Space Centre lift the core stage of NASA’s Space Launch System into place at test stand B-2 on January 22, 2020.

Update (5:40 p.m. EST): The SLS engines shut down after firing for about one minute and 15 seconds, apparently due to a “major component failure” on the fourth engine.

NASA plans to fire up the world’s most powerful rocket stage on Saturday in a vital test for its forthcoming mega-size moon rocket, and you can watch live video of the action below.

The final rocket, called Space Launch System, is designed to eventually stand 365 feet (111 meters) and ferry astronauts to the moon sometime in the mid- to late-2020s. The system is an essential piece of a larger program called Artemis, a roughly $US30 billion effort to put boots back on the lunar surface for the first time since 1972.

NASA expects to hot-fire the 212-foot (65-metre) core stage of SLS â€” the system’s largest piece and its structural backbone â€” at Stennis Space Centre in Bay St. Louis, Mississippi, around 4 p.m. EST on Saturday. Boeing is the core stage’s lead contractor, and Aerojet Rocketdyne is responsible for its four powerful RS-25 engines, which used to help propel NASA’s fleet of space shuttles.

The core stage’s firing is the eighth and final step in NASA’s “Green Run,” a program designed to thoroughly test each part of the core stage ahead of SLS’s first launch, called Artemis 1 â€” an uncrewed test flight currently scheduled for November 2021. 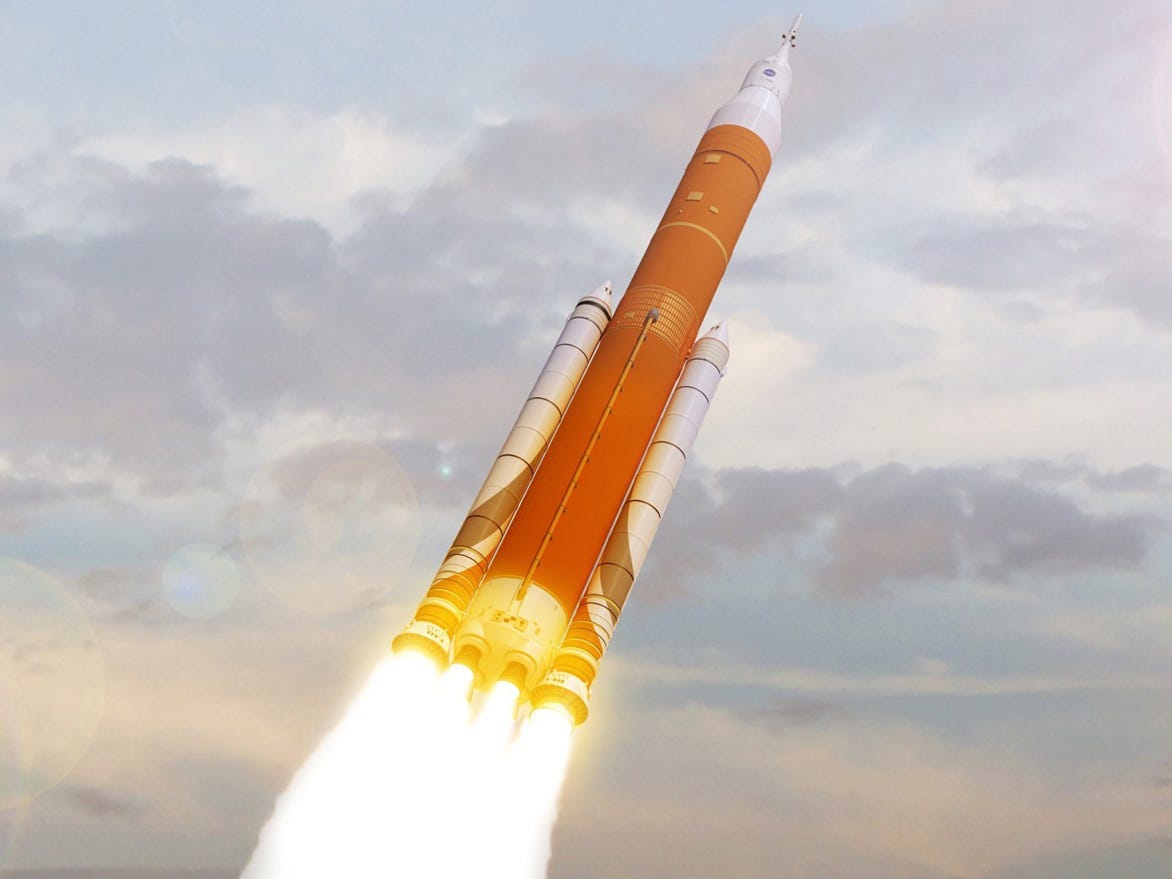 NASA gave a “go” on Saturday morning to fuel the core stage with 733,000 gallons of cryogenically chilled propellant. It took several hours to transfer the hydrogen and oxygen stored nearby in six barges, outgoing NASA administrator Jim Bridenstine said in a tweet.

The rocket stage is vertical on the B-2 Test Stand in Stennis but is heavily strapped down. If all four engines perform normally, they will produce about 1.6 million pounds of thrust for 485 seconds, or just over eight minutes â€” the length of time required to deliver an upper-stage rocket and Orion spaceship into orbit.

NASA’s last major test-firing of an SLS component happened on September 2, when Northrop Grumman successfully ignited a 176-foot-tall (54-metre) side booster. Two of the solid-fuel boosters will strap to the core stage and provide about 75% of the force required to heave SLS off its launch pad and toward space during the first two minutes of flight.

If the core stage’s hot fire goes well, NASA will ship the rocket to Kennedy Space Centre in Florida in February. By that time, workers are expected to have stacked all the segments of two boosters required for sending Artemis 1 around the moon.

“Our team is locked in and focused on delivering the rocket for a 2021 launch,” John Honeycutt, the SLS program manager at NASA’s Marshall Space Flight Centre, told reporters during a briefing on Tuesday. “This powerful rocket is going to put us in a position to be ready to support the agency and the country’s deep-space mission to the moon and beyond.”

NASA is giving itself two hours to conduct the core stage’s liquid-fuel test on Saturday, which can begin as soon as 4 p.m. ET.

NASA TV plans to broadcast live coverage of the test starting at 3:20 p.m. ET, which you can watch via the embedded YouTube player below.