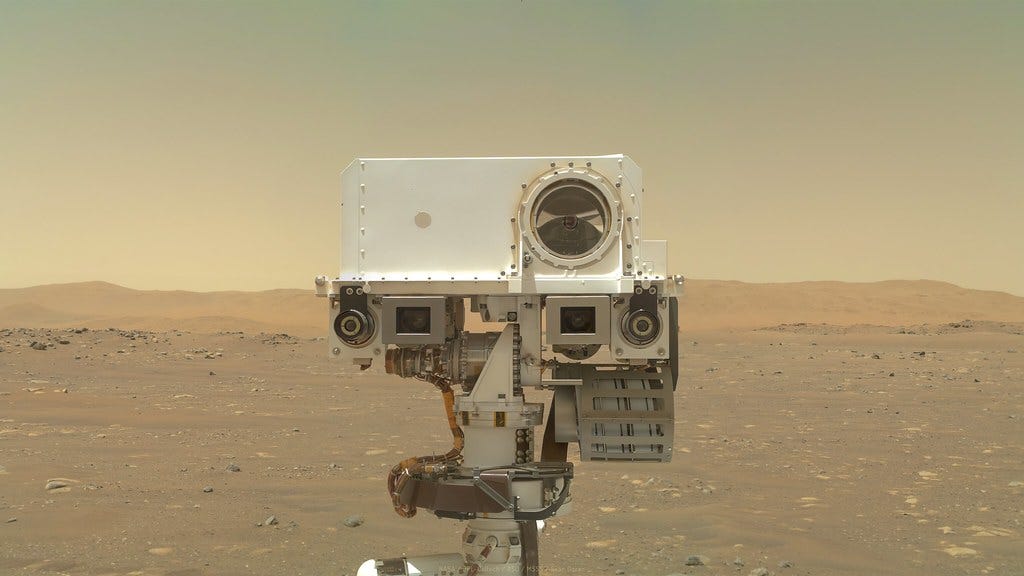 NASA’s Perseverance rover and Ingenuity helicopter are having some fun on Mars ahead of the rotorcraft’s highly anticipated first liftoff.

That flight, which could pioneer a new method of planetary exploration, is scheduled to take place early Monday morning, around 3:30 a.m. ET. So before clearing the area, Perseverance co-starred in a selfie with the tiny helicopter.

The selfie is actually a mosaic of 62 individual images taken on Tuesday. Citizen scientist Seán Doran stitched the photos together and adjusted the brightness to create a stunning composite. 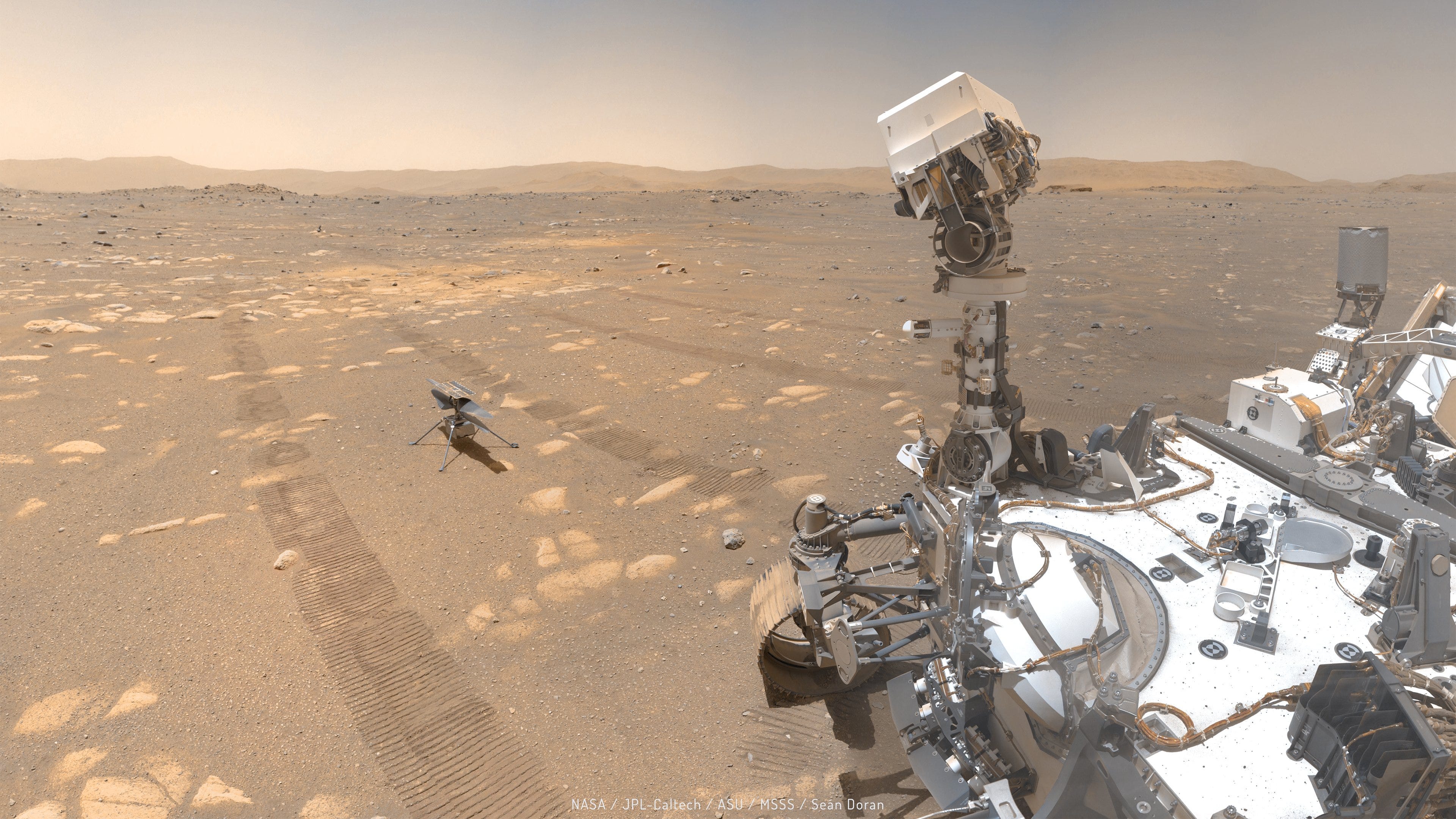 Perseverance also snapped a solo shot – this time a single image – on Tuesday that offers a close-up look at the remote-sensing mast on the end of its robotic arm (the part that functions as a selfie stick).

The rover’s rotating arm is perfect for selfie-taking

Perseverance is equipped with 23 cameras. Some help the rover navigate Martian terrain, spotting potential hazards like large rocks or trenches. Others allow human operators on Earth to check that the rover’s parts are in good shape.

The rover’s two newest selfies were taken by WATSON, a wide-angle sensor that captures the texture and structure of Martian rocks in fine detail. Since it’s attached to Perseverance’s robotic arm, the camera can rotate to snap photos of the rover itself. 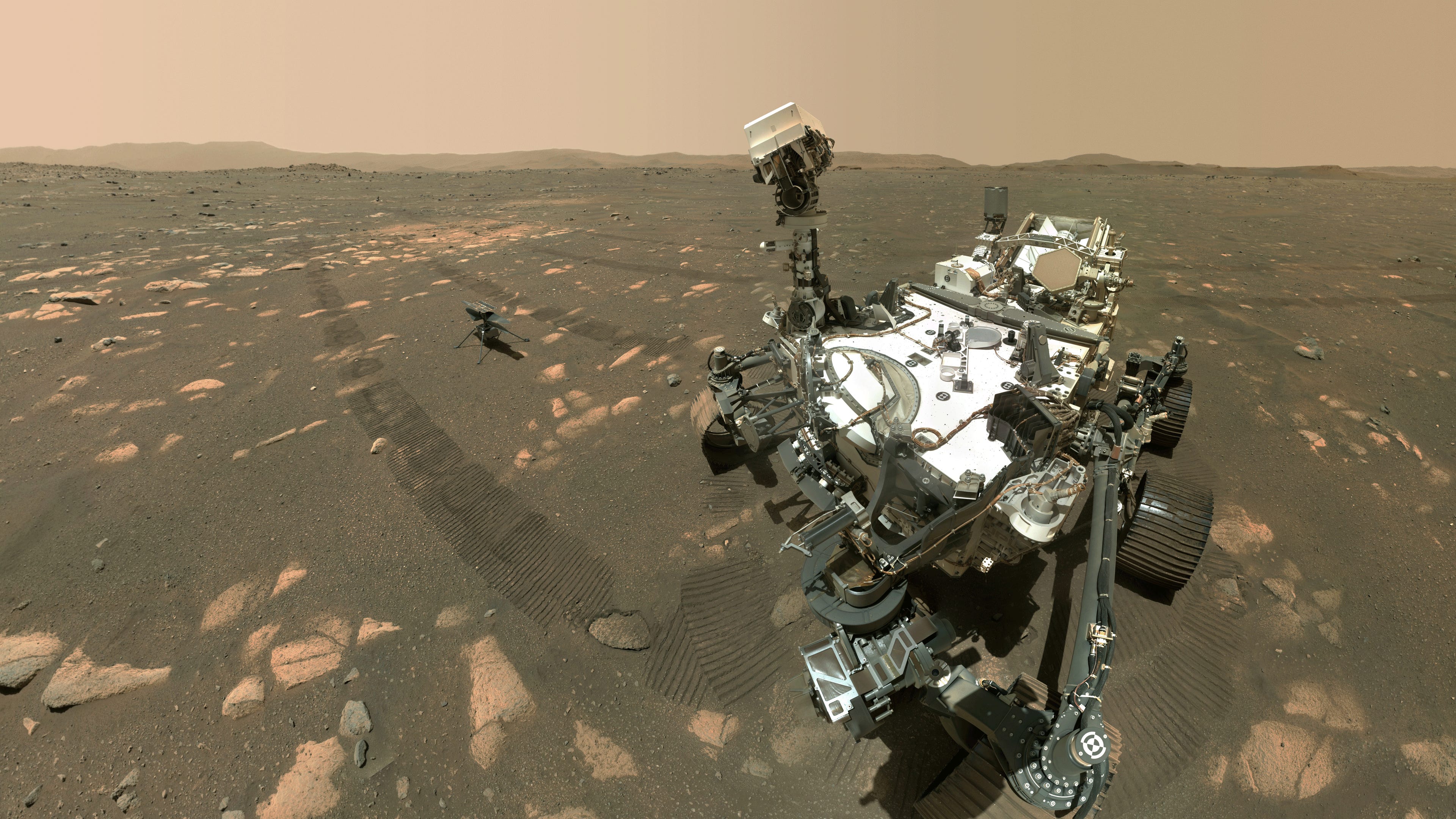 “Portrait of the Artist as a Young Bot” also showcases the rover’s 10kg SuperCam, which can fire a laser at areas smaller than 1 millimeter from more than 20 feet (about 7 meters) away. The heat from the laser turns the rock to plasma, which researchers can then analyze to learn more about Mars’ composition.

Just below the SuperCam is a pair of rectangular cameras called Mastcam-Z. Their powerful zoom lenses can record video and snap three-dimensional and color images. 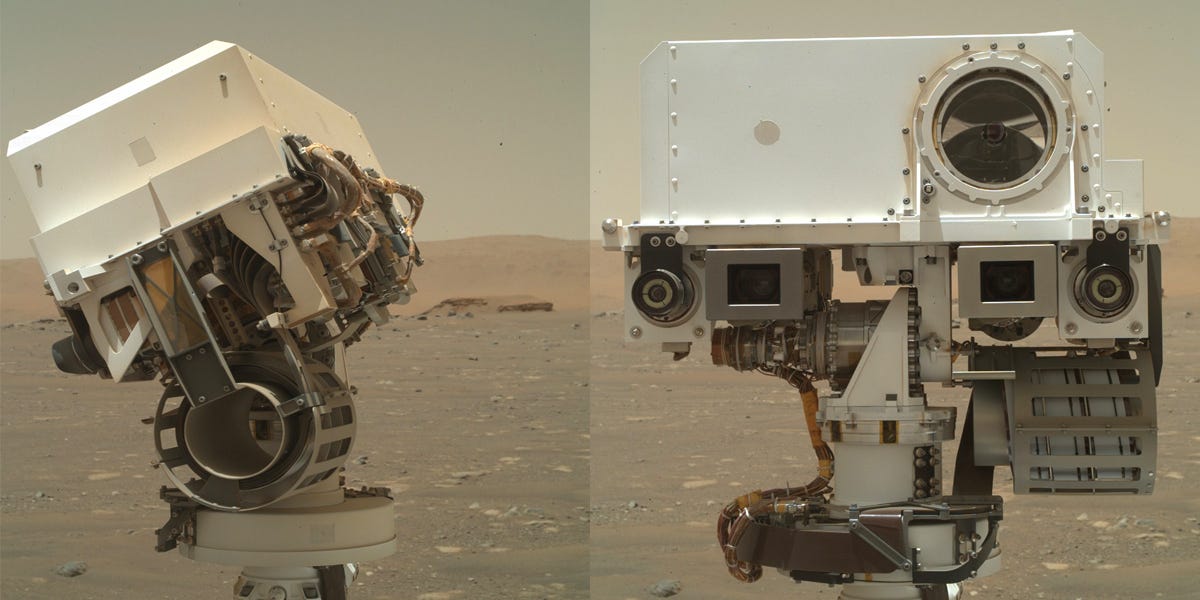 NASA/JPL-CaltechThe remote-sensing mast at the end of the rover’s robotic arm.

A mission to uncover ancient life on Mars

Perseverance touched down on Mars in February carrying Ingenuity in its belly. The helicopter fully separated from its host on Saturday and is now positioned about 13 feet (nearly 4 meters) away from the rover. Both are in an ancient lake bed called Jezero Crater.

The location is ideal for hunting for alien fossils: NASA scientists suspect that if fossilized microbes exist on Mars, they could be trapped in clay mineral deposits along the crater’s dried-up lake bottom, shorelines, and river delta. Perseverance’s mission is to examine and collect rocks to see whether that’s the case.

Ingenuity, meanwhile, is a technology demonstration: The 2kg helicopter – roughly the size of a tissue box – will attempt up to five flights, each more difficult than the last.

The first flight will just test whether Ingenuity can successfully get a few feet off the ground, hover for about 30 seconds, then touch back down. If all goes well, the final flight could carry the helicopter over 980 feet (300 meters) of Martian terrain. 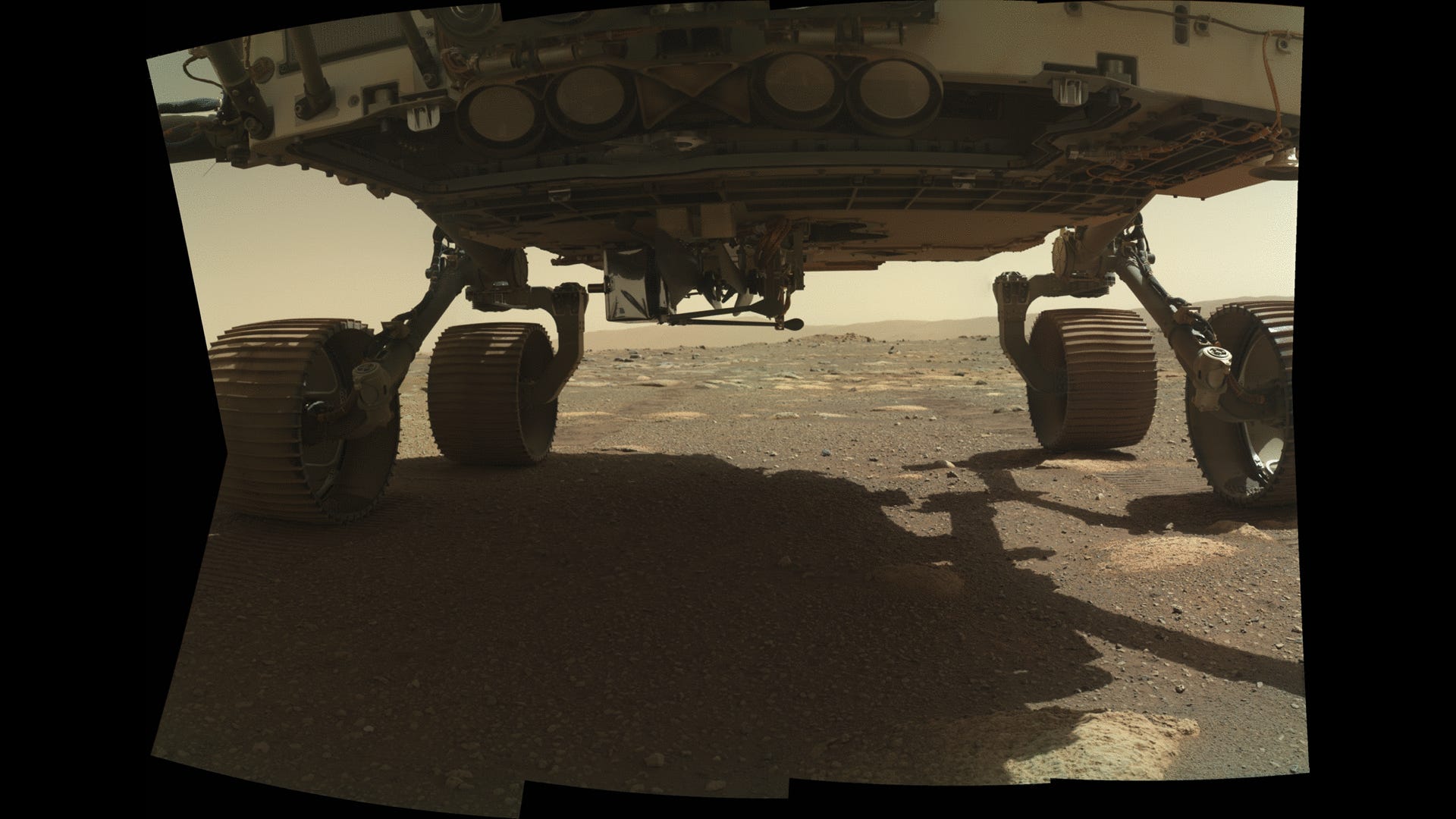 NASA/JPL-Caltech/MSSSIngenuity extends vertically into place after being rotated outward from its horizontal position on March 29.

To be successful, Ingenuity must fly in Mars’ thin atmosphere and survive frigid temperatures for 30 Martian days (about one Earth month). Nighttime temperatures on Mars can plunge as low as negative-130 degrees Fahrenheit.

So far, the helicopter has made it almost a week since it dropped onto the Martian surface. Ingenuity now has to finish testing its sensors and motors before it’s ready to fly.