NASA's InSight lander is revealing Mars to be far more shaky than we thought. It picked up about 450 quakes and 10,000 ground-bending whirlwinds. 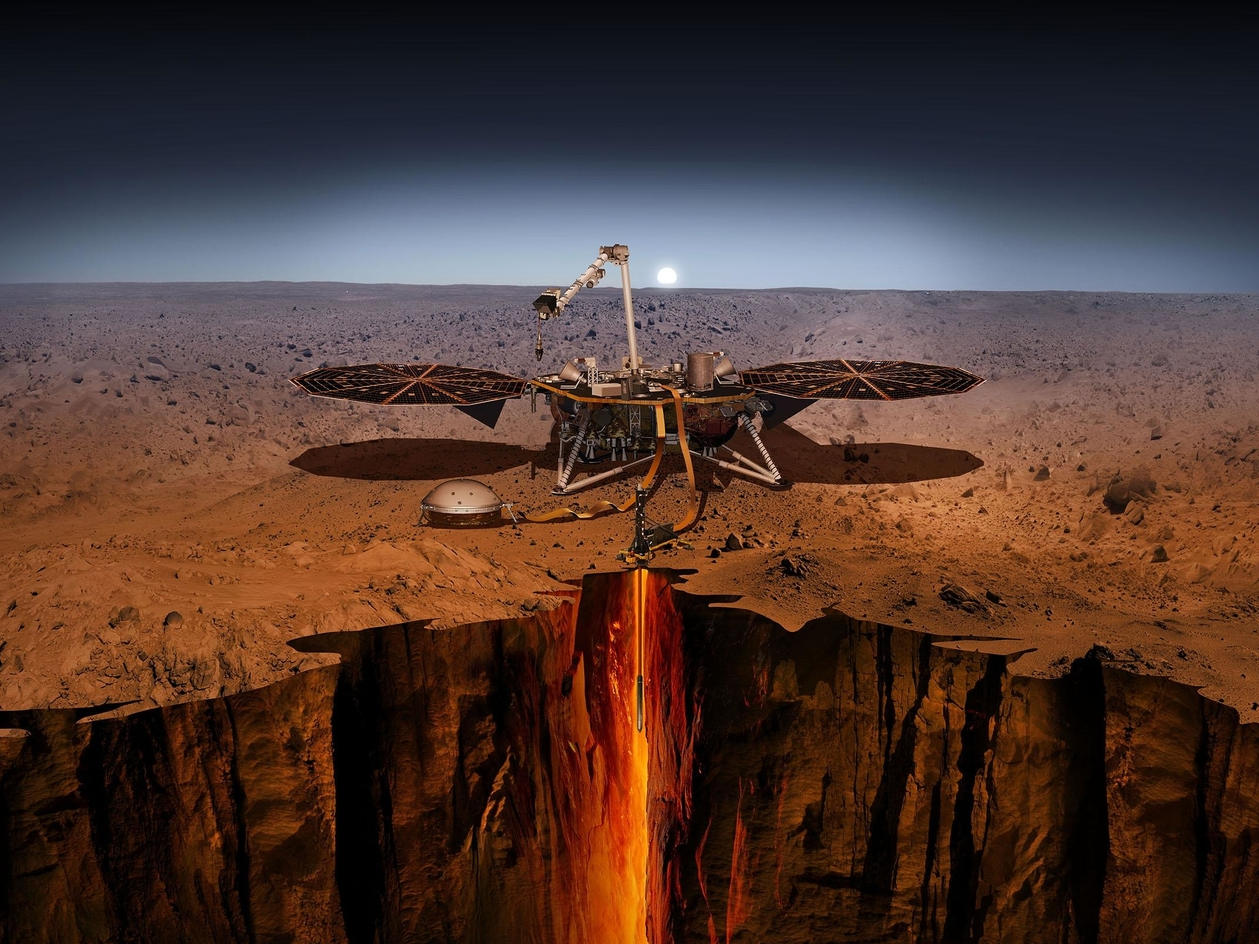 NASA/JPL-CaltechAn artist illustration of the Insight lander on Mars.

NASA’s InSight lander is revealing Mars to be shaky planet crawling with dust devils and shuddering with regular quakes.

“We’ve finally for the first time established that Mars is a seismically active planet,” Bruce Banerdt, InSight’s principal investigator, said in a press call about NASA’s first findings from the lander’s data. “It’s probably close to the kinds of seismic activity you would expect to find away from the plate boundaries on the Earth.”

InSight landed on Mars in November 2018, but NASA just released the first six papers about its findings in the journal Nature Geoscience. The research details results from 174 quakes that the robot has detected, along with more than 10,000 whirlwinds, or “dust devils,” that swirl above Mars’s surface and warp the ground.

Banerdt said InSight has continued to detect more quakes since the researchers started these six studies: “We now have about 450 quakes in our catalogue,” he said.

Of the quakes reported in the papers, just 24 had a magnitude above 3 on the Richter scale, and none were larger than a 4. 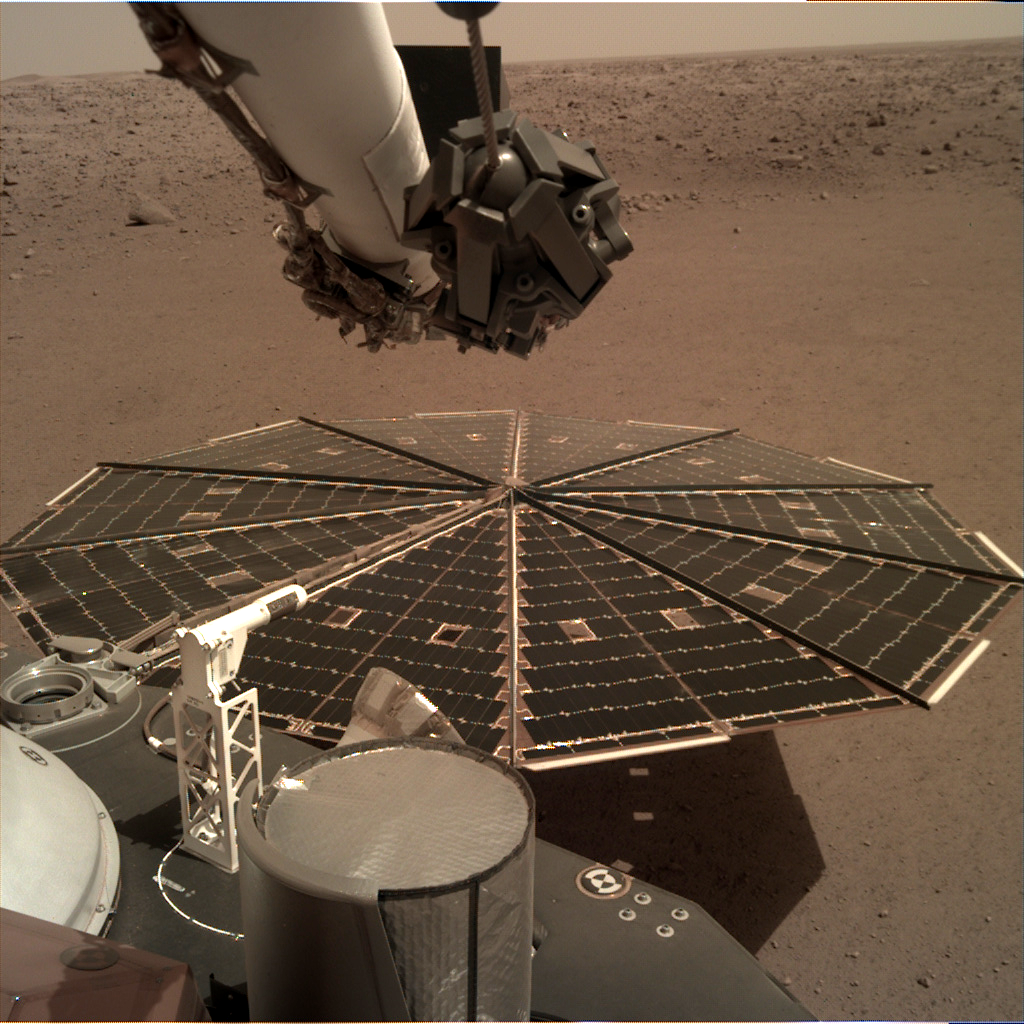 NASA/JPL-CaltechA view from NASA’s Insight lander on the surface of Mars.

The seismic activity has given scientists a peek into the makeup of Mars’s crust. The quakes more closely resemble those on our moon than earthquakes – which suggests the Martian crust is more dry and broken up than scientists previously thought. The researchers said that’s probably due to past asteroid impacts.

Still, InSight researchers hope that a much larger quake in the future will reverberate through the planet’s mantle, providing more data on what’s deep below the surface.

Two of the biggest quakes so far have come from the Cerberus Fossae region, which was geologically and volcanically active in the last 10 million years – more recently than anywhere else on Mars.

“It’s the thing we don’t always expect that is sometimes the most interesting result,” Suzanne Smrekar, a geophysicist leading InSight’s study of the Mars interior, said in the call.

NASAAn animation of a skinny ‘dust devil’ on the Amazonis Planitia region of northern Mars.

Other seismic signals InSight has detected have come from pressure vortices formed in the air, often called “dust devils” because of their tendency to pick up dust and dirt.

Similar to dust devils on Earth, these whirlwinds arise when sunlight warms the ground. Warm air then rises and causes a change in temperature and pressure that creates a vortex in which the centre has lower pressure than the surrounding atmosphere.

When a dust devil swirls through the area around InSight, the ground beneath it lifts slightly in response to the reduced pressure. The lander’s seismometer is sensitive enough to measure those tiny movements, and the data can reveal how rigid the Martian ground is. 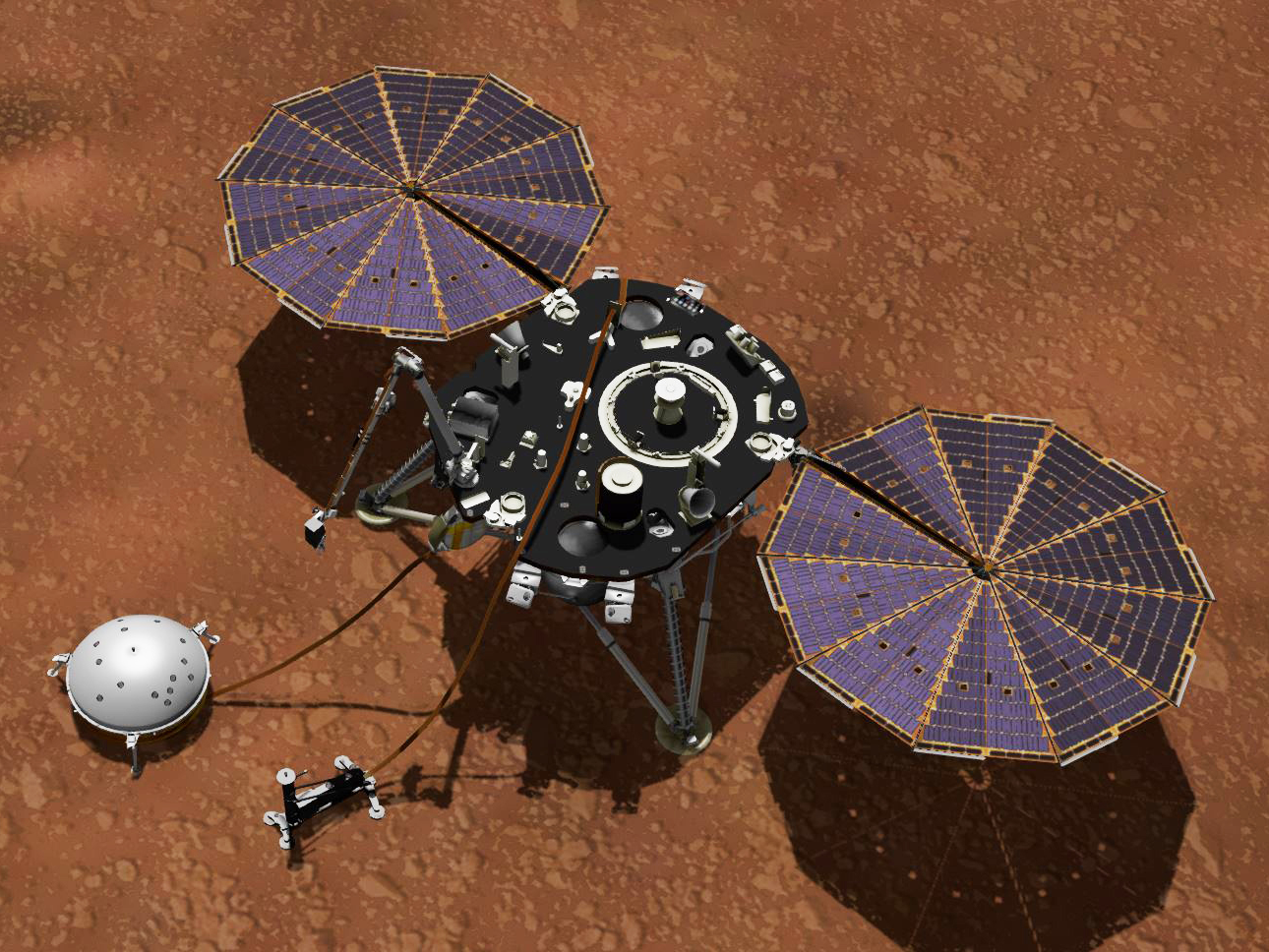 NASA/JPL-CaltechAn artist’s concept shows NASA’s Insight lander with its instruments deployed on the Martian surface. The seismometer is the round device to the left of the lander.

“This is an entire new world of processes for us, and we’re just now starting to learn how to categorise these various different signals,” Banerdt said.

InSight has made a few other surprising discoveries so far. It found that the magnetic field around the lander is 10 times stronger than the magnetic field overall on Mars, which suggests that a cache of ancient magnetic rocks is buried deep beneath the surface there. InSight’s measurements also suggest that Mars’s magnetic field varies slightly from day to night. The researchers think this is due to changes in electric currents in the upper atmosphere.

The robot still has nearly a year of data-gathering left, and Banerdt is hopeful that it might detect a quake that’s large enough to reverberate through the planet’s interior. The accumulation of data about smaller Mars quakes will also teach scientists far more about the structure of the planet than they understand so far.

“We’re really kind of in the same situation that geophysicists were for the Earth back in the early 1900s,” Banerdt said. “We’re seeing these wiggles, we’re using the best analysis tools we have, but it’s still a very mysterious situation, and we’re kind of in the Wild West of understanding what’s going on here.”