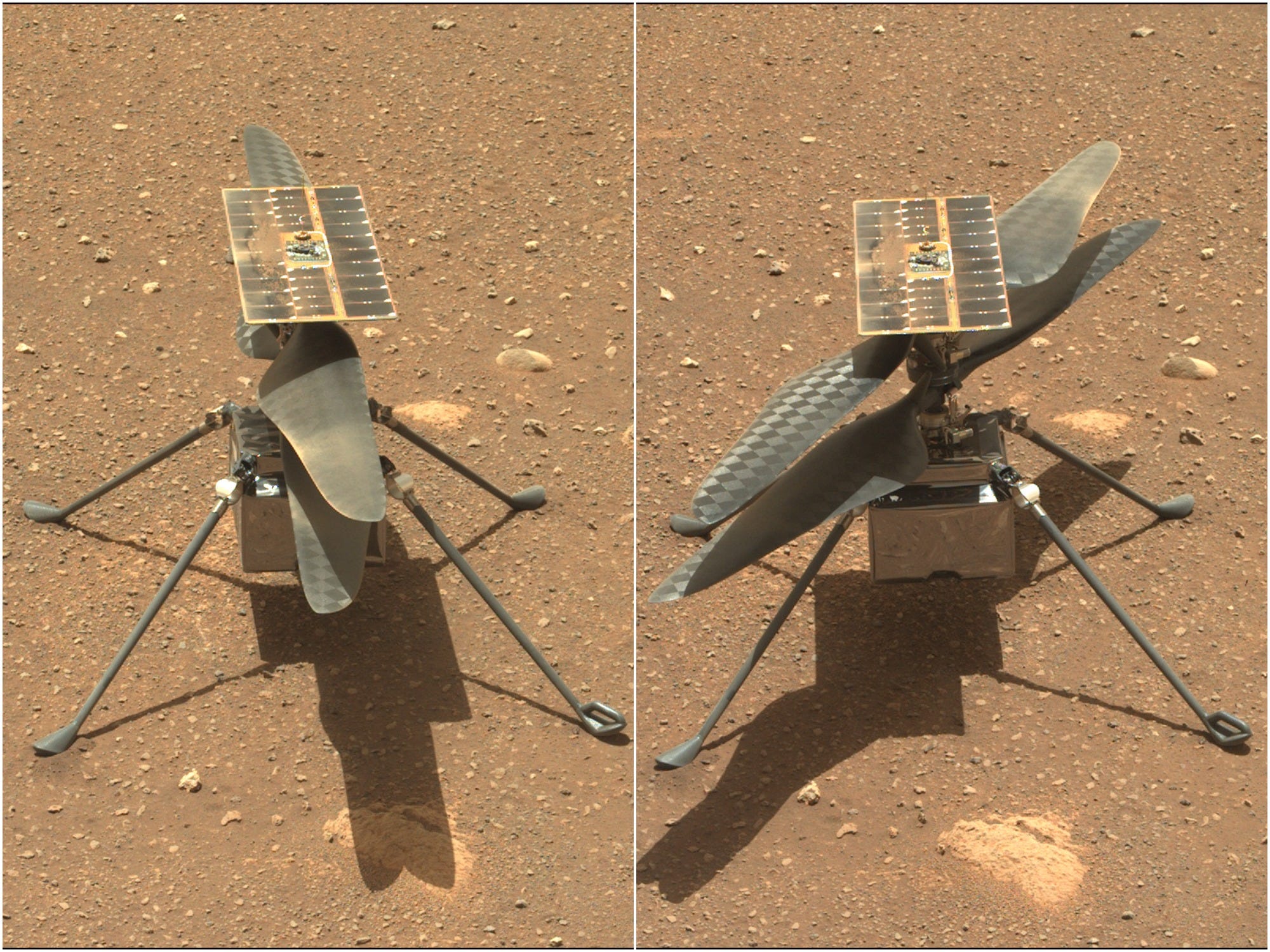 NASA/JPL-Caltech/ASUThe Perseverance rover captured the Ingenuity helicopter before (left) and after spinning its rotor blades.

NASA on Saturday said its Ingenuity helicopter may take flight on Mars as soon as Monday.

A flight is planned for 3:30 am EDT after a series of delays pushed the scheduled take-off back. Data is expected to arrive on Earth a few hours later, the agency said in a press release.

“We are optimistic that the helicopter will be able to take off from the Martian surface at this time; however, this is a test and we are prepared that it may not occur,” wrote MiMi Aung, a project manager at the Jet Propulsion Laboratory, in a Saturday blog post.

Aung added: “Ingenuity is a technology experiment. As such, our plan is to push the envelope and learn by doing. We take risks that other missions cannot, weighing each step carefully.”

NASA will launch a livestream at 6:15 am EDT, a few minutes before the flight data is expected to reach the Space Flight Operations Facility.

A successful take-off would mark the first powered-controlled flight on another planet, a milestone that NASA previously compared to the Wright brothers’ flights on Earth.

The helicopter traveled nearly 300 million miles tucked under the belly of the NASA’s Mars rover, the Perseverance. Space enthusiasts have watched as Ingenuity stretched its legs, snapped its first low-resolution picture of the Martian surface, and spun its rotor blades for the first time.

NASA officials a week ago delayed the Ingenuity’s flight after the spinning blades abruptly stopped.

In an April 9 test, the helicopter’s blades were supposed to spin at full speed while its legs remained planted on the Martian surface. They were expected to spin in opposite direction at 2,500 rotations per minute, about eight times faster than helicopters on Earth.

NASA said a “watchdog” timer expired during the test. This is a trigger meant to alert engineers to potential problems with the helicopter.

Aung said Saturday that NASA has been working on two solutions, including adjusting the timing sequence for the helicopter’s transition into “flight mode.”

“Our team considers Monday’s attempted first flight like a rocket launch: We’re doing everything we can to make it a success, but we also know that we may have to scrub and try again,” Aung wrote.