Meet NASA's first female head of human spaceflight, who oversaw SpaceX's astronaut launch and will lead the US return to the moon 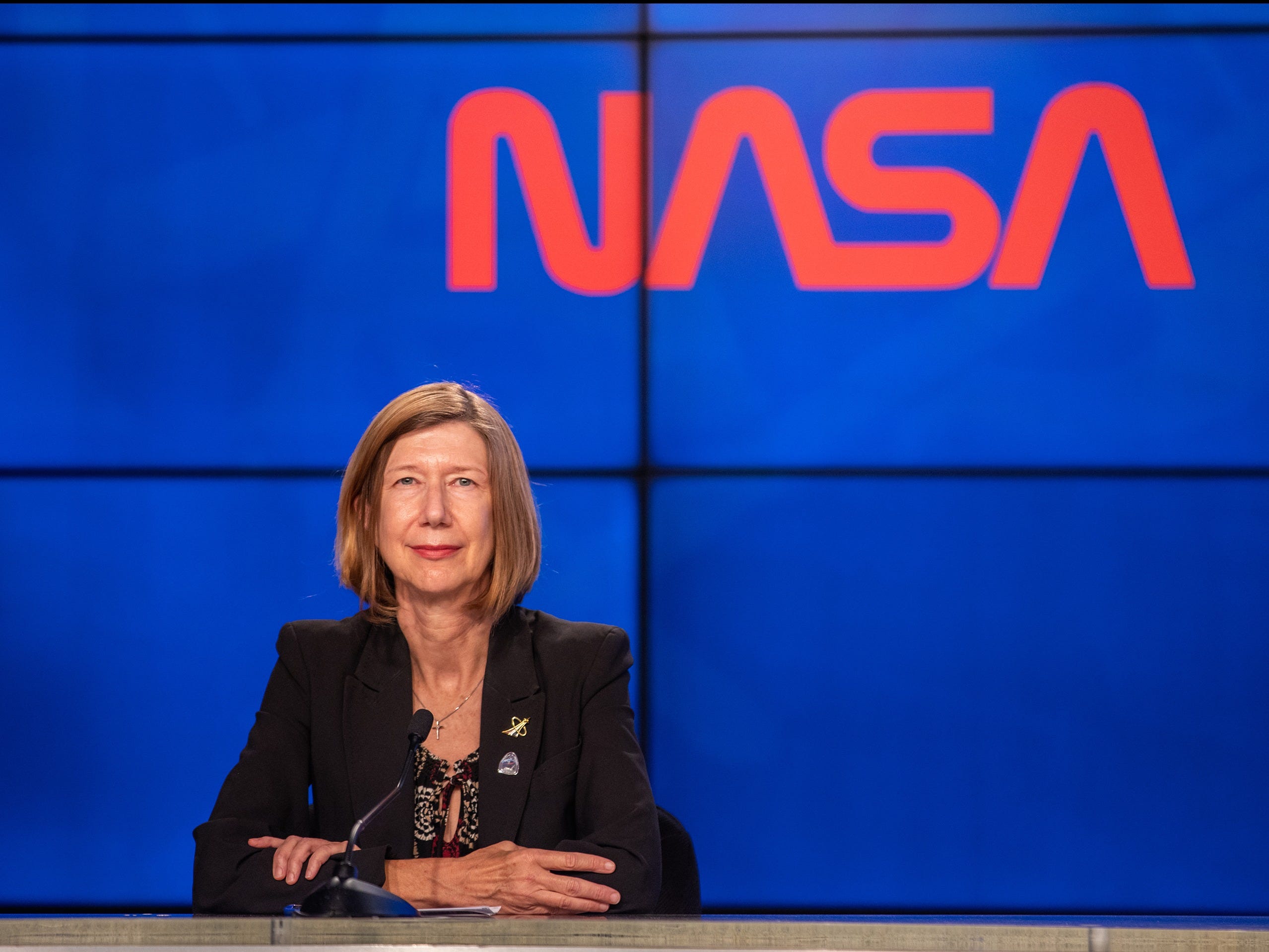 Kim Shiflett/NASANASA’s Kathy Lueders sits at dais during a news briefing at Kennedy Space Centre on May 30, 2020, following the launch of SpaceX’s Demo-2 mission to the International Space Station.

NASA has a new head of human spaceflight: Kathy Lueders, the woman who oversaw the program that just produced the world’s first commercial astronaut launch.

Now Lueders will lead the agency’s work to revive human spaceflight in the US and spearhead NASA’s Artemis program – the successor to Apollo that aims to land people on the moon and, eventually, build a base there. NASA announced her promotion on June 12.

“We polled a number of people within the agency and asked who would be a good person to fit this role, and Kathy Lueders’ name came up over and over again,” NASA Administrator Jim Bridenstine said during a call with reporters last week. “She has an amazing amount of respect within the agency.”

Since 2014, Lueders has led NASA’s Commercial Crew Program: a roughly $US8 billion competition that spurred SpaceX and Boeing to develop privately owned and operated spaceships. The initiative was designed to replace the human spaceflight capabilities the US lost when the space shuttle program ended in 2011.

The program bore its first fruit on May 30, when SpaceX launched human passengers aboard its Crew Dragon spaceship. The mission, called Demo-2, safely delivered NASA astronauts Bob Behnken and Doug Hurley to the International Space Station. 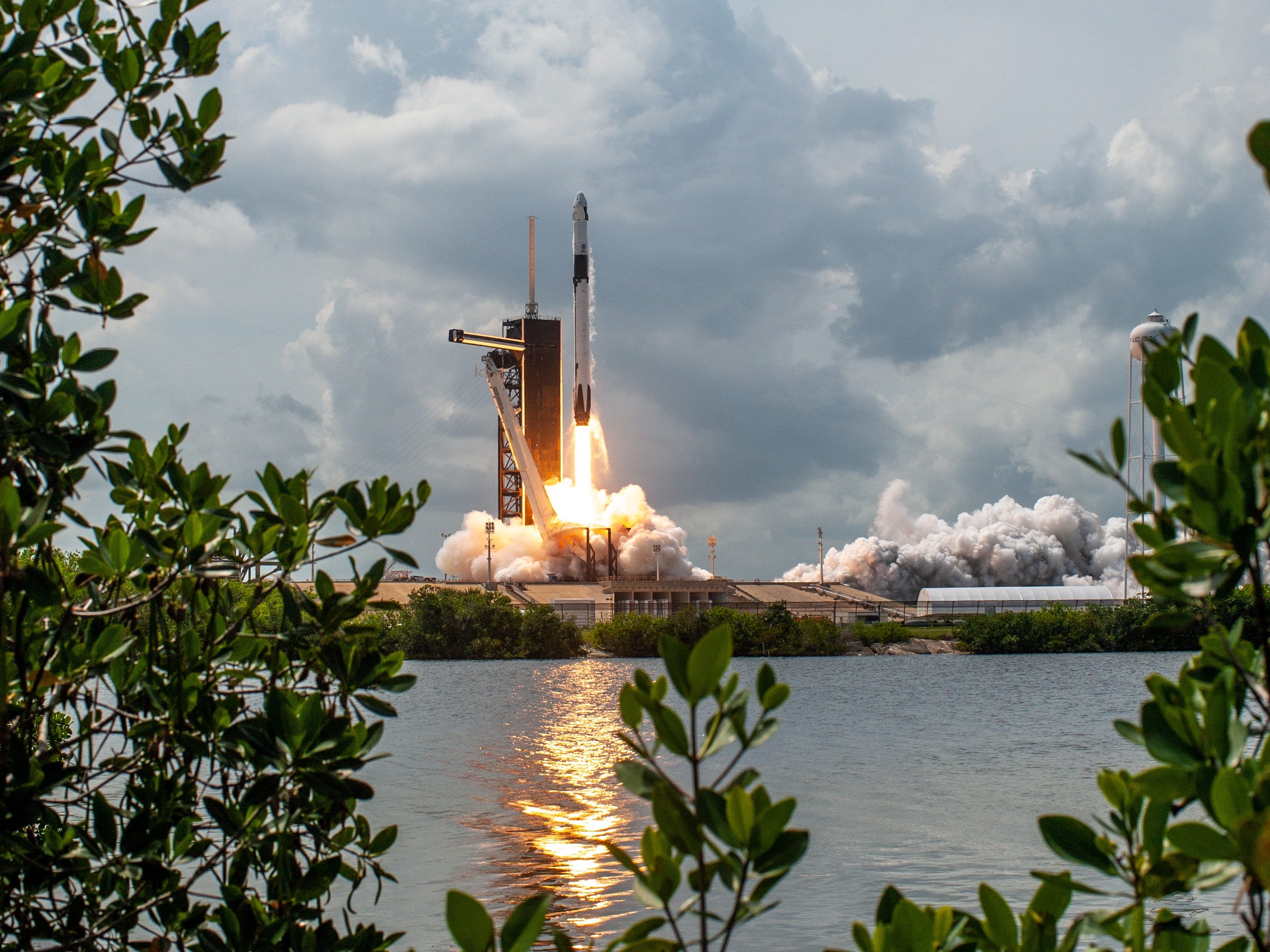 Lueders replaced Doug Loverro, who resigned in May after just six months on the job over what he described as a “mistake” in risk-taking. Although he did not elaborate further, the Wall Street Journal reported that Loverro is under investigation for possibly unfairly aiding Boeing in a competition for lunar lander contracts.

Lueders is the first woman to lead human spaceflight at NASA – a fact she said she was initially unaware of.

“When Jim asked me if I would take this role, I didn’t really think about being first,” she told reporters. “I was more overwhelmed with the potential tasks in front of me. And it was actually when I was talking to my husband that he made the point to me.” 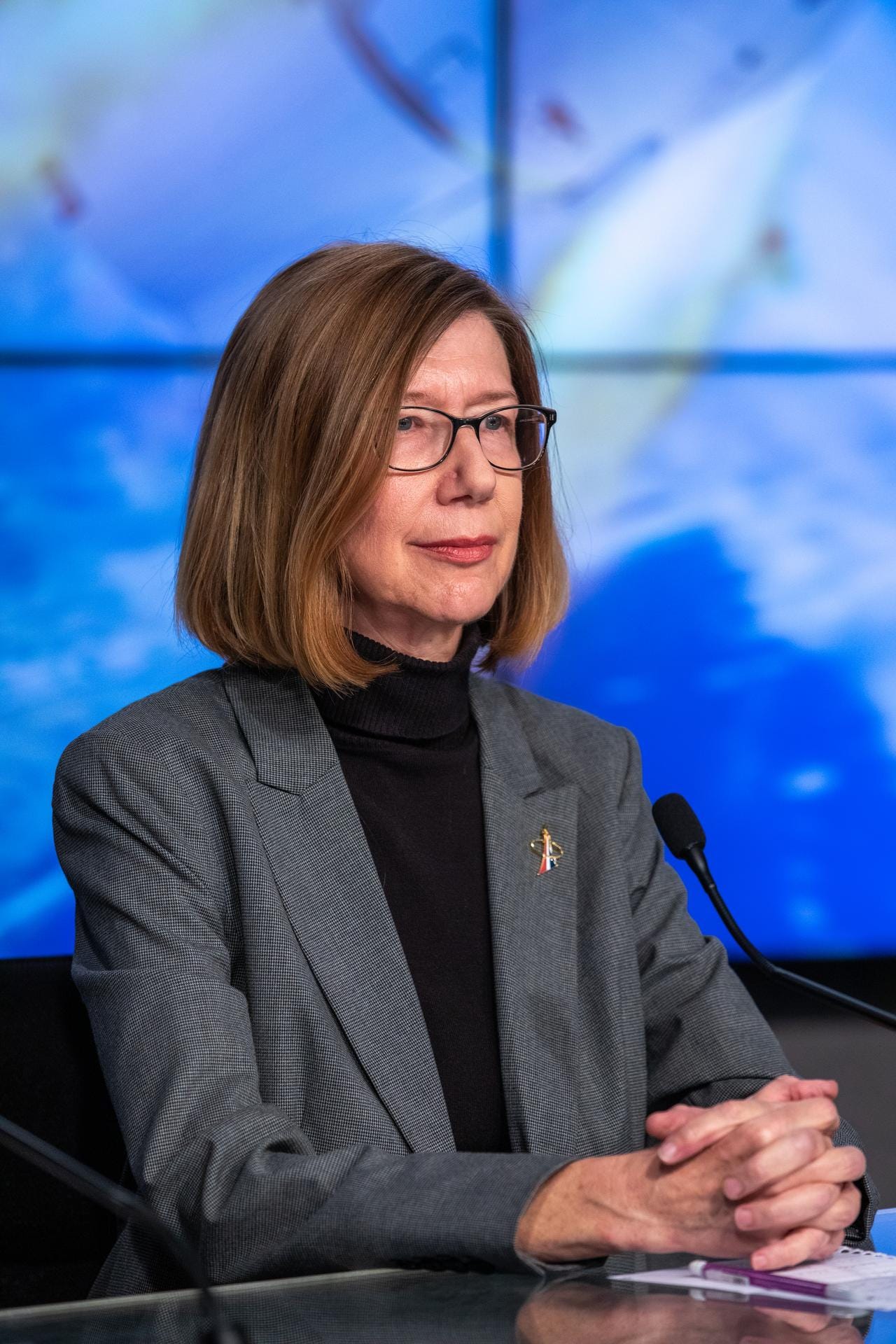 Lueders said she now faces a number of practical challenges, including figuring out how to meet aggressive deadlines during a pandemic that has led NASA to shutter its facilities to most employees and contractors. That will be key for accomplishing the monumental task of sending the first woman and the next man to the moon.

Lueders did not start out with spaceflight ambitions. She earned her undergraduate degree in business at the University of New Mexico.

“I wanted to work on Wall Street, but then in my senior year I wanted to switch to my roommate’s major, engineering,” Lueders told Vogue in 2017.

She got married, had kids, and went back to school to do just that, earning two degrees in industrial engineering. That helped her land her first NASA job in 1992, as a propulsion engineer at the White Sands Test Facility in New Mexico.

“I was the second woman at the propulsion lab – I think the first one lasted about a week,” she told Vogue.

There she worked on the Space Shuttle program, coordinating the orbital manoeuvring and control systems that delivered astronauts to the space station. She led cargo resupply missions and NASA’s oversight of European, Japanese, and Russian spacecraft visiting the station.

After the space shuttles stopped flying, the US became increasingly reliant on expensive Russian launch systems to ferry people and cargo to and from the space station. That’s why NASA developed its own alternative through the Commercial Crew Program. 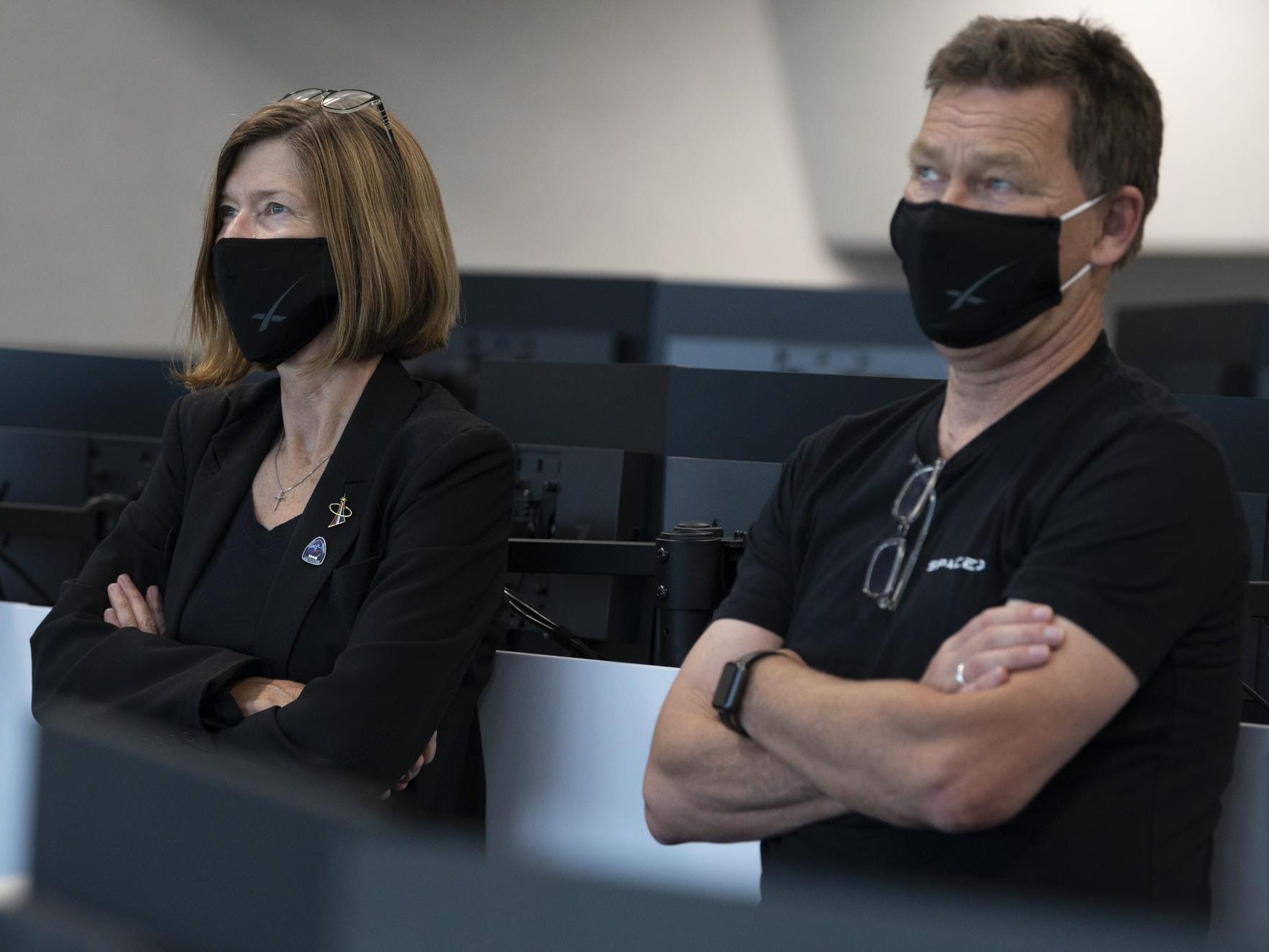 In 2013, Lueders became the program’s acting manager at NASA’s Kennedy Space Centre in Florida. The next year, she was appointed to spearhead the effort.

“Engineers love design and development and doing cool things and hard work,” Lueders told Vogue. “And guess what? We’ve got it in spades. It’s like working in a candy shop.”

A return to the moon

The crewed SpaceX launch not only marked the dawn of a new era of commercial spaceflight; it also brought NASA a step closer to realising its ambitions to return astronauts to the moon for the first time in more than 50 years.

Now Lueders will steer the Commercial Crew Program – and the astronaut-ready spaceships it produced from Boeing and Space – towards returning NASA astronauts to the moon by the end of 2024. Bu that’s just the first step. The Artemis program’s eventual goal is to establish a permanent lunar base, where astronauts can live and conduct science much as they do on the space station. From there, NASA and Musk hope that astronauts can springboard to Mars. 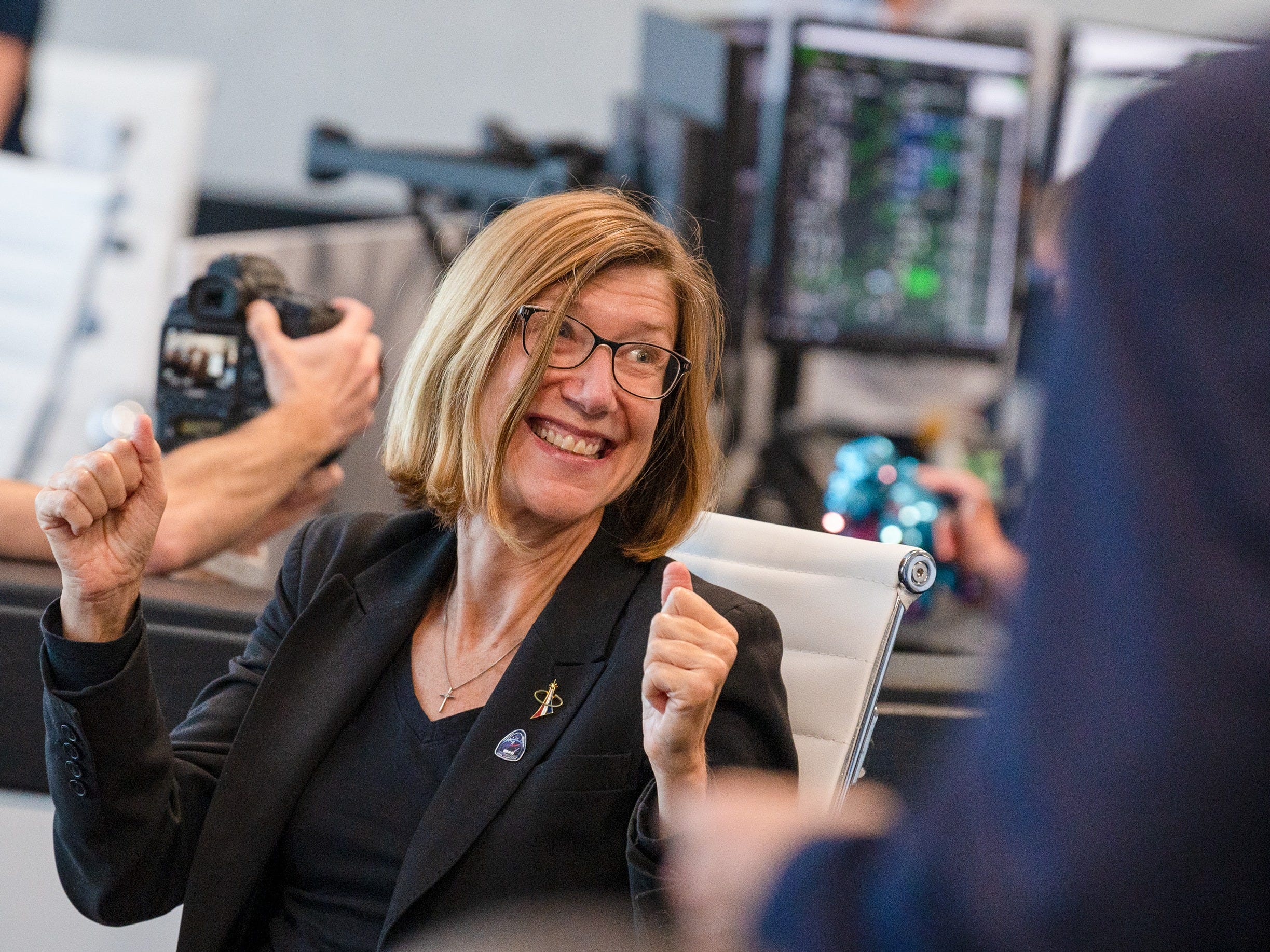 Joel Kowsky/NASAKathy Lueders celebrates SpaceX’s docking of its Crew Dragon spaceship to the International Space Station on May 31, 2020.

Aside from the monumental tasks that now lie ahead of Lueders, her promotion in itself represents a step for NASA.

“What’s been amazing to me over the last few days is seeing all the tweets, Snapchats, Instagrams – all the notes from all the girls out there,” Lueders said. “That really helps me realise the power of my being first. That means to them, they’re able to see themselves in me. I’m very honoured by that, and I’m expecting really big things for them, from them. You’d better get going.”