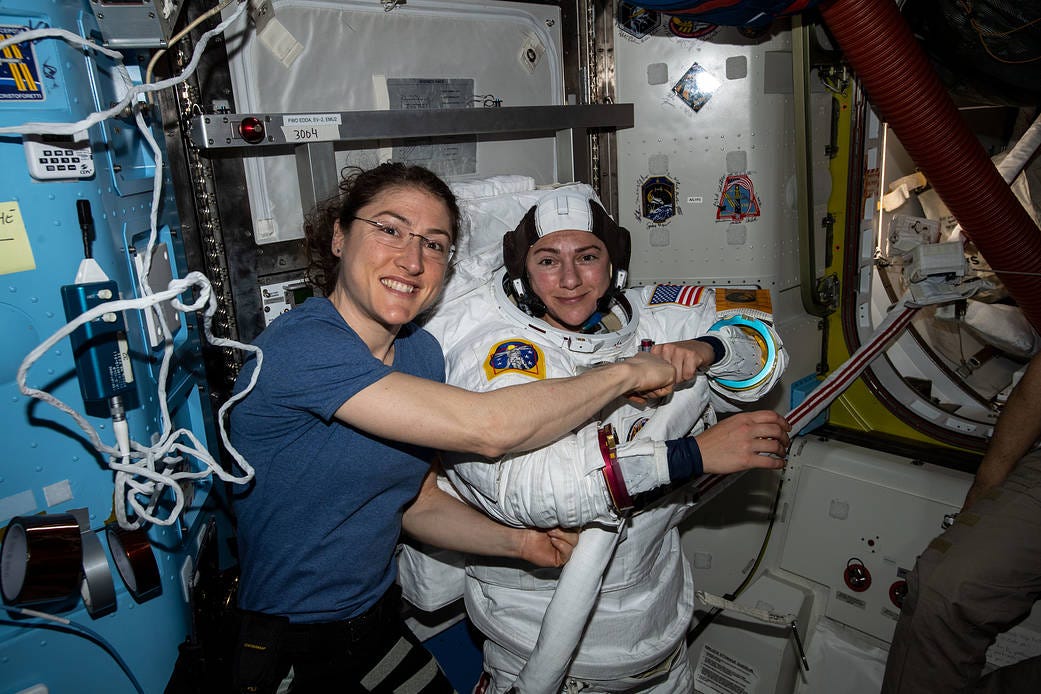 NASA has announced the 18 astronauts who will make up the core group in its Artemis program: a series of missions aimed at landing humans back on the moon.

“My fellow Americans, I give you the heroes of the future, who will carry us back to the moon and beyond â€” the Artemis generation,” Pence said at a meeting of the National Space Council on Wednesday, at NASA’s Kennedy Space Centre in Florida. Dmitri Lovetsky/APAstronaut Anne McClain speaks with her relatives through safety glass prior to launching toward the space station on a Russian Soyuz spaceship, at the Baikonur Cosmodrome in Kazakhstan, December 3, 2018.

Two of the astronauts chosen, Victor Glover and Kate Rubins, are currently on board the International Space Station. Glover is the pilot of SpaceX’s Crew-1 mission, and Rubins is a flight engineer for Expedition 64. Glover is also the first Black astronaut to serve on a long-term mission aboard space station.

“We represent all walks of life in America. And every kid in America, and across the world even, now needs to look and say, you know, if you look like me, I can do this,” astronaut Anne McClain, another Artemis team member, said at the meeting.

McClain, who has logged more than 2,000 flight hours on 20 different types of aircraft, spent 204 days aboard the space station from December 2018 to June 2019.

The Artemis program consists of three missions that would culminate in the first crewed moon landing since 1972. NASA’s larger aim is to establish a consistent human presence on the moon by the end of the decade, which will involve building a lunar base and a moon-orbiting space station.

The group of Artemis astronauts also includes Jessica Meir and Christina Koch, who participated in the first all-female spacewalk in 2019, and Joe Acaba, a spaceflight veteran who has flown on three missions and was the first person of Puerto Rican heritage to be named a NASA astronaut. 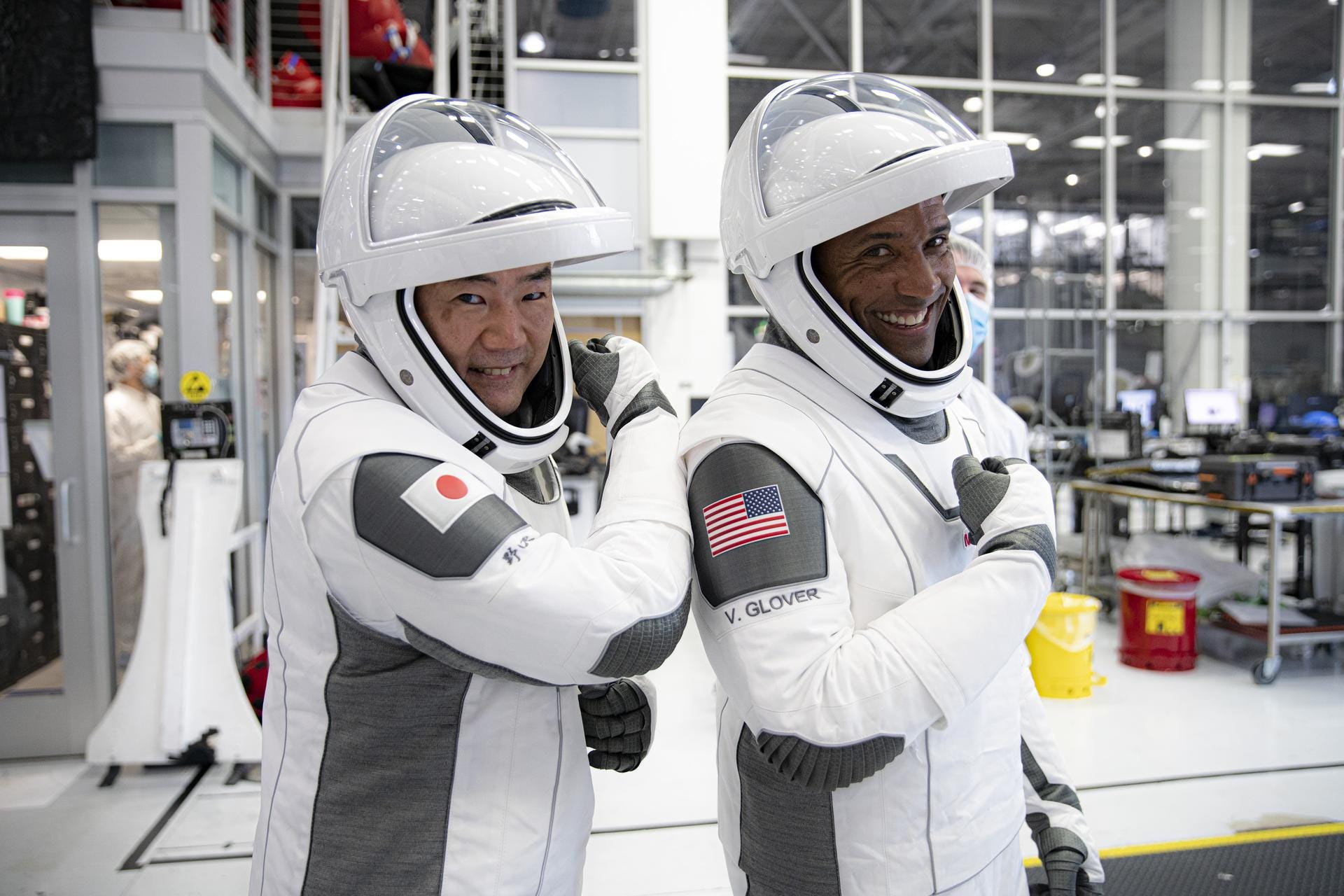 SpaceXAstronauts Soichi Noguchi (left) and Victor Glover flex the patches for their respective countries — Japan and the US — in their SpaceX spacesuits, September 24, 2020.

None has been assigned to a specific mission yet, and NASA may add more team members in the future, including astronauts from other countries. But training for a lunar voyage will take years, which is why NASA named the team members now.

“Spaceflight is not for the impatient. It’s dangerous, it’s very complicated,” Nicole Mann, who is also slated to fly the first crewed test of Boeing’s CST-100 Starliner spaceship in June, told National Geographic. “We have a group of people that are working together, not only in the United States, but really in the international community that are going to come together to make this successful.”

A crew of astronauts living and working on the moon

After the Artemis program’s first lunar landing, NASA hopes to send additional astronauts to the moon each year.

Eventually, the agency wants to build an orbiting station similar to the International Space Station, but in the moon’s orbit. NASA also plans to experiment with mining ice on the moon that could be used to create rocket fuel for deep-space journeys.

Additionally, astronauts who visit the moon could test life-support technologies that could be used on a future mission to Mars. 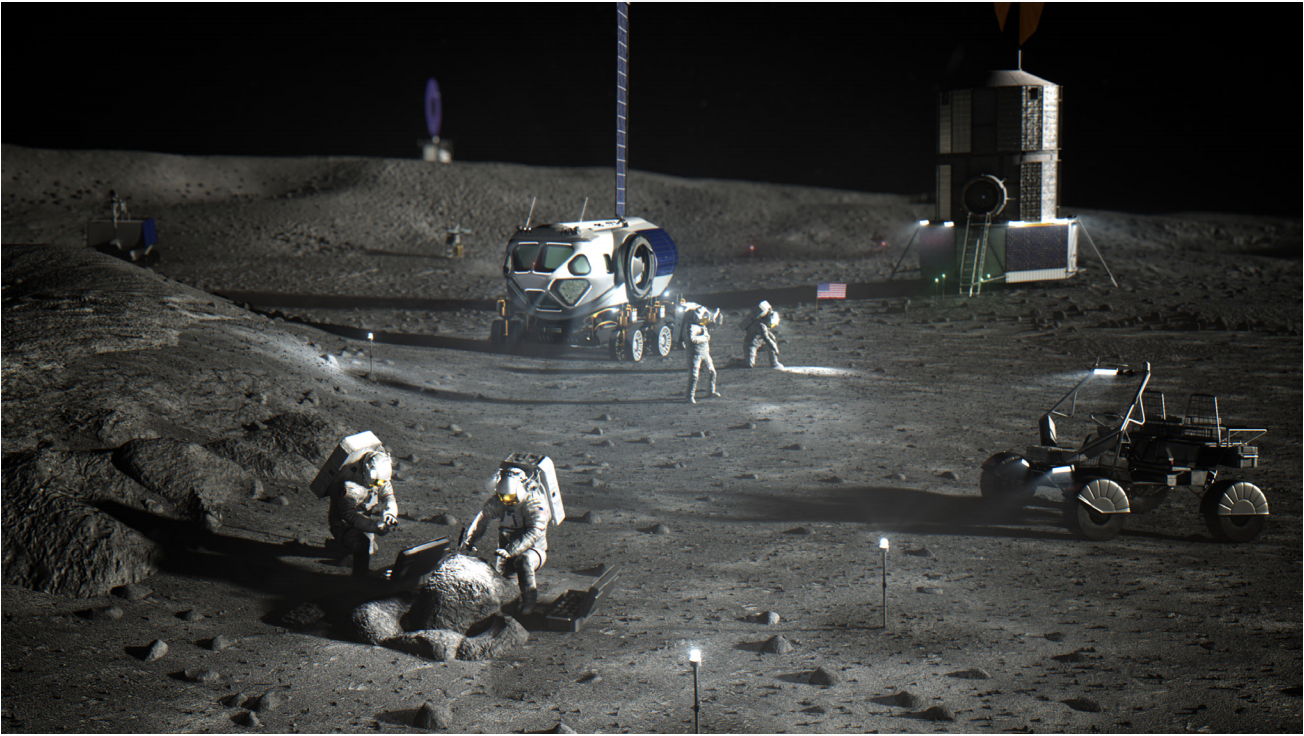 NASAAn artist’s concept of the Artemis base camp on the moon.

The Artemis program calls for two preliminary missions before the moon landing.

The first, Artemis 1, would be an uncrewed launch of an Orion space capsule atop NASA’s forthcoming mega-rocket, the Space Launch System (SLS). The spacecraft would stay in the moon’s orbit for three days as a test, then fly back. NASA’s current timeline suggests that mission could launch in November 2021.

After that, Artemis 2 â€” slated to launch in August 2023 â€” would be the program’s first crewed moon mission. In a lunar flyby, the Orion capsule would carry four astronauts around the moon’s far side. That crew would go farther into space than any humans before them on a 10-day mission.

Then the Artemis 3 mission would send four astronauts aboard an Orion spacecraft into lunar orbit. From there, a lunar lander would take two of the astronauts to the moon’s surface. They’d stay for about a week, collecting moon rocks and conducting a range of experiments. Then those astronauts would blast back off, rejoin their fellow crew members in the moon’s orbit, and head home.

Congress has not yet provided NASA with the $US28 billion the agency says it needs over the next four years to make a speedy moon landing happen.

So president-elect Joe Biden’s administration is likely to push back the aggressive timeline that President Donald Trump established by several years. The modified goals would then align with a proposed bill by the House Science Committee that would aim to land astronauts on the moon by 2028 instead of 2024.

Biden appears to support the Artemis program overall, though. He wrote in August that he hopes to lead “a bold space program that will continue to send astronaut heroes to expand our exploration and scientific frontiers.”