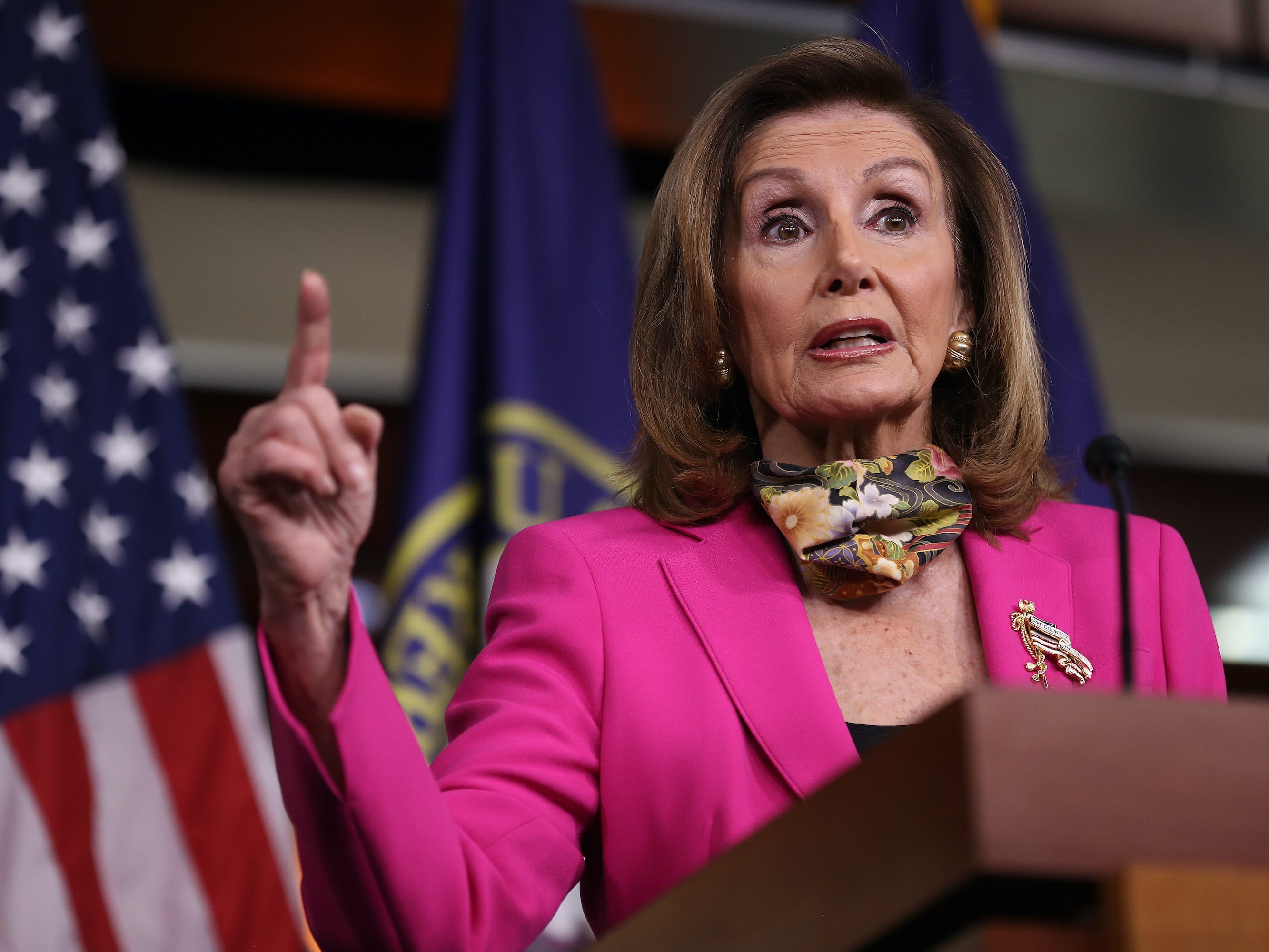 Pelosi made the comments in an interview with Kara Swisher on the first episode of “Sway,” Swisher’s new podcast with The New York Times.

In the interview, Swisher brought up QAnon, the far-right conspiracy-theory movement popular among some of President Donald Trump’s supporters that claims a group of society’s elite, including leaders in the Democratic party, are conspiring to commit a variety of heinous crimes such as child sex trafficking.

While QAnon is said to have originated on the anonymous online message board 4chan, in recent months the posts have become more widespread on mainstream social-media sites like Twitter and Facebook. Both companies have announced plans to crack down on QAnon accounts.

Swisher asked Pelosi how much she held Facebook accountable for QAnon content appearing on the site. “I hold them very accountable,” Pelosi responded.

Pelosi also brought up Facebook’s role in the 2016 election, another time it was accused of insufficient moderation ahead of an election. The special counsel Robert Mueller found that Russian operatives significantly used Facebook in its campaign to interfere with the election.

“In 2016, when the Russians interfered in our election and rubles were coming in and they had to know that these were not on the level of American sites, they said, well, we never thought to look at that. So they played that role in that election,” Pelosi said.

“I don’t know how the Facebook board of directors or their top employees can look themselves in the mirror,” she continued. “They have clearly chosen. Their business plan is to make money off of poison, and that’s the path they have chosen to go.”

Pelosi also said she was looking at Section 230 of the Communications Decency Act, signed into law in 1996, which stipulates that companies that operate online forums, such as Facebook, cannot be considered publishers and therefore cannot be held liable for the content that appears on them.

It’s not clear whether Pelosi would support a repeal of the law â€” she told Swisher that any action would have to be handled carefully so as not to hurt smaller platforms or endanger free speech but to ensure that Facebook is not being enabled to “just get rich at the expense of our democracy.”

Section 230 may be one area where Pelosi and Trump agree. The provision has become a target of Trump’s over the past several months, particularly after Twitter fact-checked his tweets in May. Trump then signed an executive order that threatened to penalise social-media companies over allegations of bias against conservative users.

While Pelosi’s comments about Facebook are her sharpest rebuke of the social network to date, she’s spoken out about misinformation on the platform in the past. In January, Pelosi called Facebook “irresponsible” and accused the company of “schmoozing” the Trump administration. And in 2019, she ripped into Facebook over its refusal to take down a doctored video that appeared to show her slurring her words as if she were drunk.

“I think they have proven, by not taking down something they know is false, that they were willing enablers of the Russian interference in our election,” Pelosi said at the time.