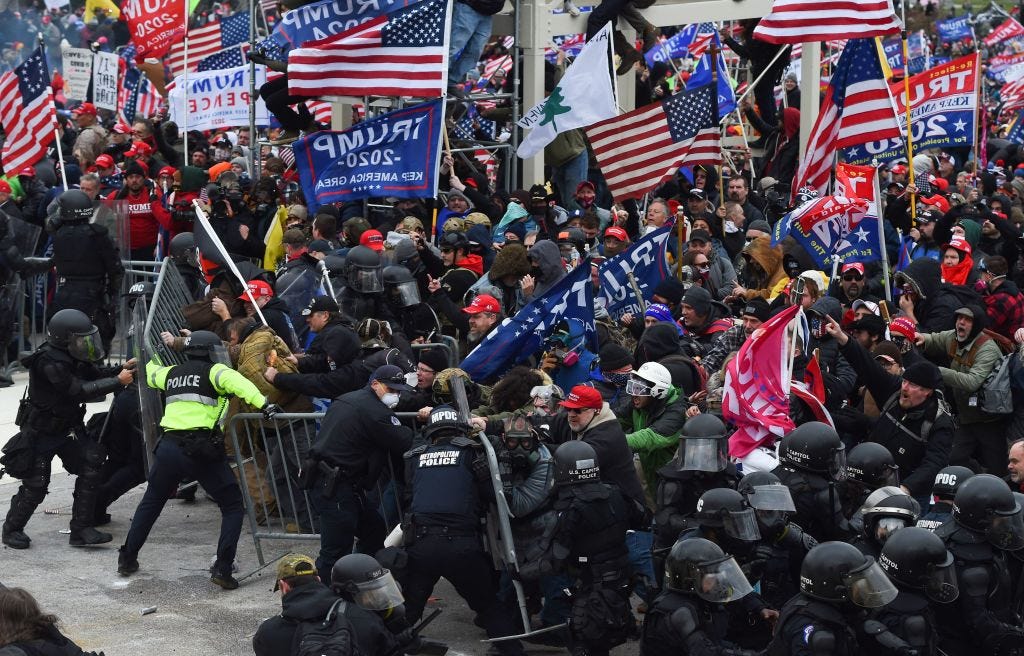 A Mississippi congressman and the NAACP have filed suit against former President Donald Trump, Rudy Giuliani, and two extremist groups in connection to the January 6 Capitol insurrection.

The suit was brought on behalf of Rep. Bennie Thompson – the House Homeland Security chairman – and alleges that Trump, Giuliani, the Oath Keepers, and Proud Boys violated the 1871 Ku Klux Klan Act by conspiring to incite a riot in an effort to prevent the certification of the 2020 presidential election.

During the violent breach of the Capitol, Thompson was among lawmakers who were forced to lie on the floor and don gas masks to avoid the rioters, the suit said.

Thompson was eventually led out of the Capitol to the Longworth House Office Building to shelter in place in a room with more than 200 other lawmakers, staff members, and family members. At 72, Thompson is at an increased risk of COVID-19 complications. Two other people who were trapped in the confined space with Thompson later tested positive for the coronavirus, the suit said.

“During this entire time, Plaintiff Thompson reasonably feared for his physical safety,” Attorney Joseph M. Sellers, of the human-rights firm Cohen Milstein wrote in the suit. “While trapped in the building, during the siege by the rioters that Defendants unleashed on the Capitol, Plaintiff Thompson feared for his life and worried that he might never see his family again.”

The suit alleges Trump and Giuliani’s rhetoric ahead of the riots, specifically their efforts to misinform their supporters about the legitimacy of the election results, incited the violence.

The Proud Boys and the anti-government militia group the Oath Keepers, who were also named as defendants in the suit, have have already been accused by law enforcement of preemptively planning the riot.

Thompson is seeking compensatory and punitive damages, according to the lawsuit filed Tuesday morning in the Federal District Court in Washington.

Trump is being sued personally because he “acted beyond the outer perimeter of his official duties,” Sellers wrote. 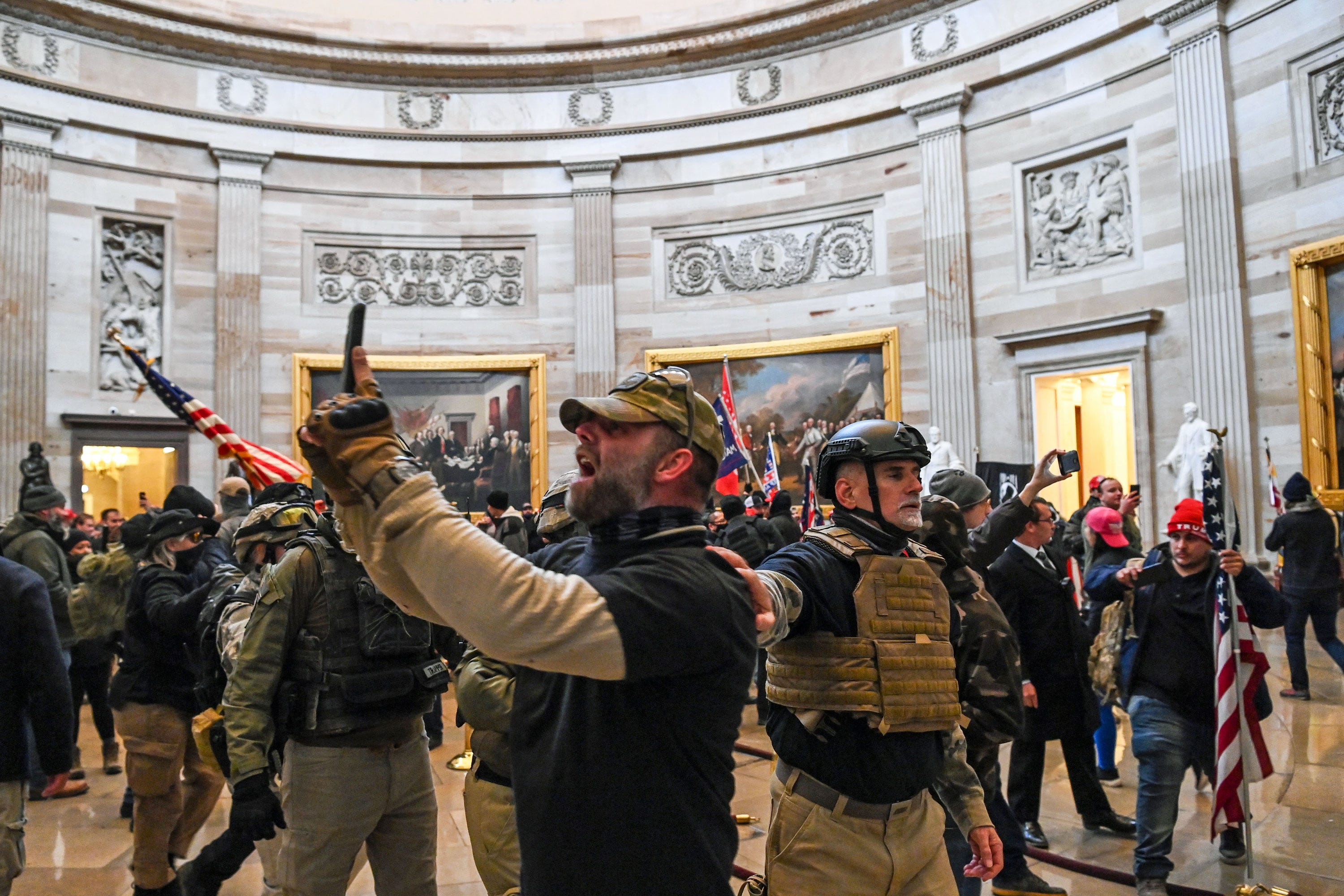 SAUL LOEB/AFP via Getty ImagesSupporters of US President Donald Trump enter the US Capitol’s Rotunda on January 6, 2021, in Washington, DC. – Demonstrators breached security and entered the Capitol as Congress debated the a 2020 presidential election Electoral Vote Certification.

Thompson told The New York Times he wouldn’t have brought the suit against Trump if the Senate had voted to convict him during his second impeachment trial last week.

During the insurrection, Thompson heard a gunshot ring out. He later learned it was the moment Capitol Police shot Ashli Babbitt as she broke into the building.

“January 6th was one of the most shameful days in our country’s history, and it was instigated by the President himself. His gleeful support of violent white supremacists led to a breach of the Capitol that put my life, and that of my colleagues, in grave danger,” Thompson said in a written statement distributed by the NAACP.

“It is by the slimmest of luck that the outcome was not deadlier,” he said. “While the majority of Republicans in the Senate abdicated their responsibility to hold the President accountable, we must hold him accountable for the insurrection that he so blatantly planned.”

The civil action is the latest in the tsunami of legal peril awaiting Trump. Federal, state, and local investigations and lawsuits could follow him for years.

In a statement to Insider, a spokesman for Trump denied that the former president incited violence at the Capitol, and tried to shift blame to Speaker Nancy Pelosi and Washington, DC, Mayor Muriel Bowser.