MyPillow CEO Mike Lindell has taken more jabs at Dominion, accusing it of a voting 'cover-up' and suggesting its workers 'turn themselves in' 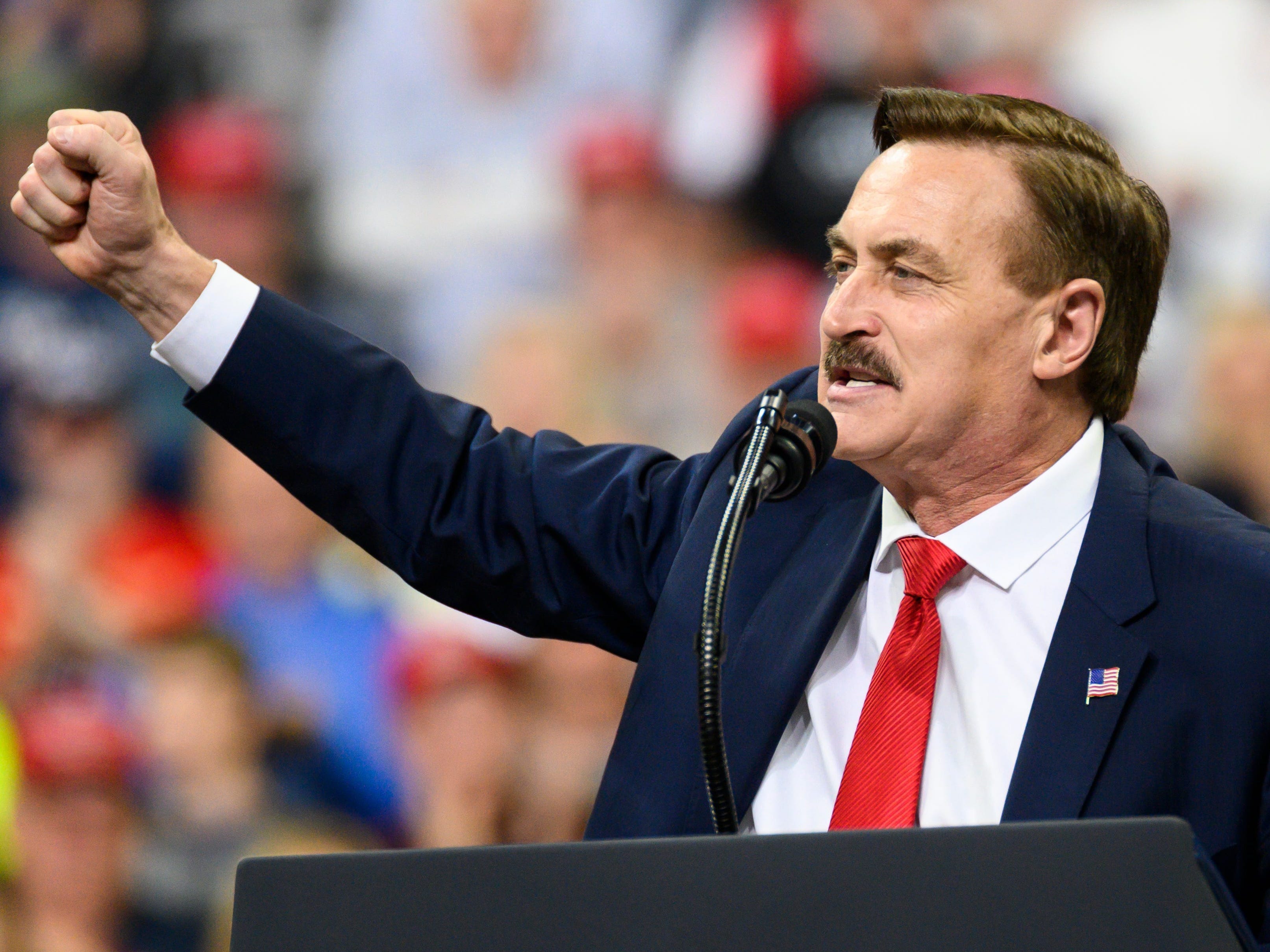 During a conversation with Steve Bannon on the “Real America’s Voice” program on Saturday, he said the company’s case is “coming apart at the seams,” Newsweek reported.

Lindell doubled down on his previous baseless claims about election fraud. He also said a personal investigation is carrying out tests that will “prove” their voting machines were manipulated in President Joe Biden’s favor.

The comments came amid ongoing litigation between the manufacturer and the pillow-selling pundit. In February, Dominion sued Lindell for $1.3 billion, following his initial election claims.

Seeking to flip the lawsuit back on Dominion, Lindell filed a $1.6 billion countersuit in April. He claimed the voting machine maker was trying to stifle free speech and engaging in “cancel culture” against those who question it.

“I’ll give Dominion a little scare this morning,” Lindell told Bannon. “We have machines now, I do. We have ES&S [Election Systems & Software] machines, we’ve got them all.”

He said: “We’re going to be putting out so much information over the next couple weeks, and this isn’t from Arizona, these are machines we actually have. We’re doing all of our own tests, we’re going to have a lot of surprises and a lot of great news for the country.”

Lindell accused Dominion of presiding over a “big cover-up,” which, he said, is “coming apart at the seams.”

He added: “If I was working at Dominion right now, I’d be turning myself in. I wouldn’t even let it go too much longer. It’s over for them.”

Lindell did not immediately respond to Insider’s request for comment.