MyPillow CEO Mike Lindell reveals his new social-media site, called 'Vocl,' will be a cross between Twitter and YouTube 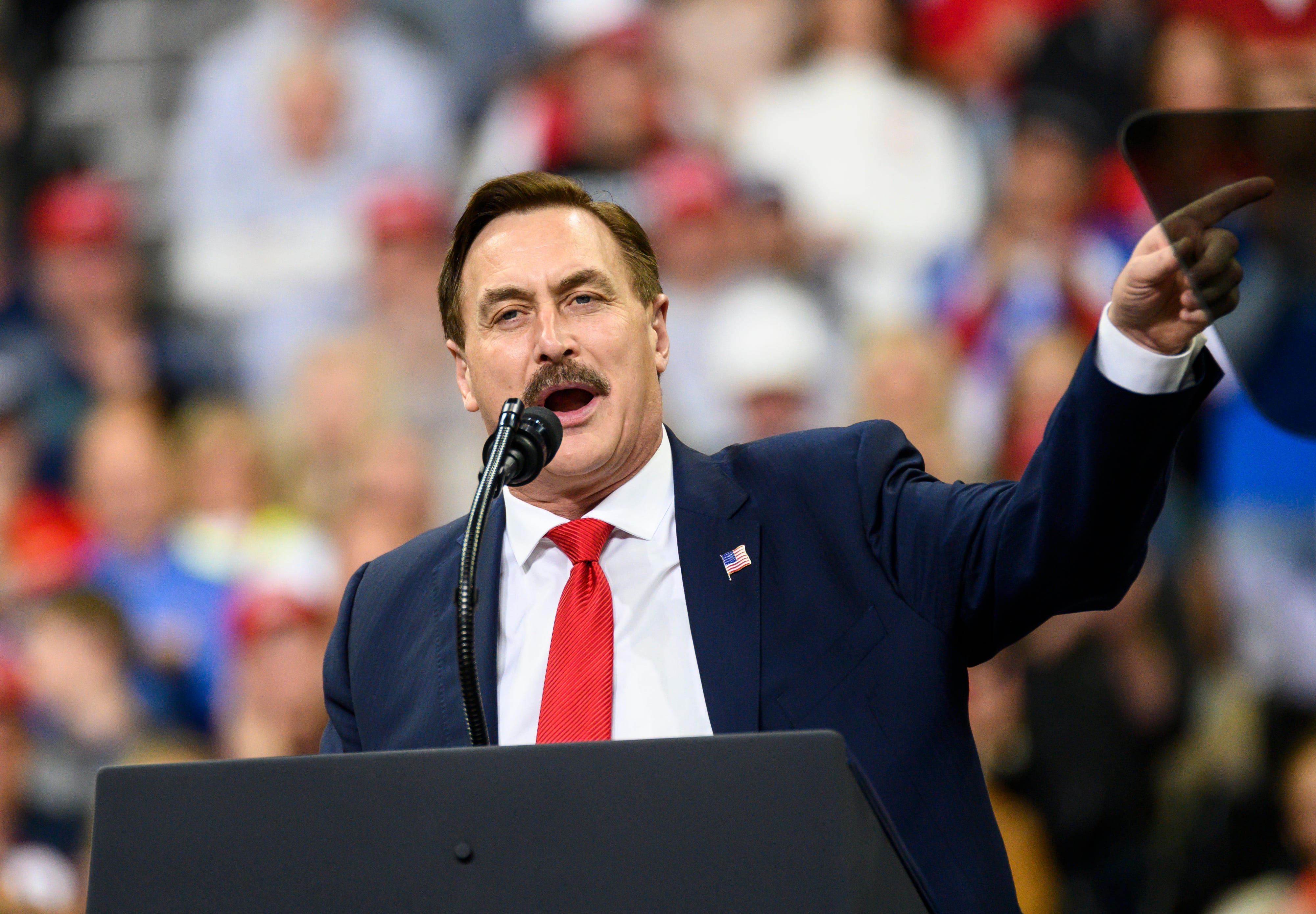 Photo by Stephen Maturen/Getty ImagesMyPillow CEO Mike Lindell during a campaign rally for President Donald Trump on October 10, 2019, in Minneapolis.

MyPillow CEO Mike Lindell on Wednesday disclosed new details about a social-media site that he planned to launch in the next three weeks.

In an interview with Insider, Lindell said he would call the site Vocl, and he described it as a cross between Twitter and YouTube.

“It’s not like anything you’ve ever seen,” he said Wednesday. “It’s all about being able to be vocal again and not to be walking on eggshells.”

Lindell, a prominent supporter of President Donald Trump, was barred from Twitter in January. The site began cracking down on misinformation and extremism after the January 6 insurrection at the US Capitol and banned many accounts, such as Trump’s, citing the risk of further violence. Then in February, YouTube and Vimeo took down a three-hour film Lindell had made about the election.

YouTube is “the biggest culprit out there that takes people down. … It’s just sad that a platform can do that,” Lindell said.

Vocl, he said, isn’t like Gab or Parler, two social-media sites that have been associated with the far-right. It’s a cross between Twitter and YouTube meant “for print, radio, and TV,” he said.

He said he was not relying on the cloud market leader Amazon Web Services, which kicked Parler off its servers after the insurrection, to host the new site. Lindell said he would use his own servers and that the platform had “some of the highest security ever.” It’s “space-age stuff,” he said.

The website is “going to be the most attacked. I expect that,” he said, adding: “I’m attacked daily by bots and trolls and hackers. My company gets attacked all the time.”

He said he’d been working on his social-media site for four years and estimated it would launch in three weeks at the latest, though he added it could be as soon as in 10 days. Lindell, who is planning to be the site’s CEO, said he didn’t have any prospective investors and declined to say how much money he invested in Vocl.

As Parler’s recent struggles have shown, running a social-media company focused on unlimited speech comes with serious challenges. Lindell, who does not have any significant background in technology or building a social-media platform, declined to share several of the details about the planned site.

He said about 10 people had been working on building Vocl, but he declined to name them or provide details about them “for their safety.” The Vocl headquarters, which are in the US, are also confidential, he said.

Lindell, who has accused Dominion Voting Systems of tampering with the 2020 election results, said he was launching the site because of “all the election-machine fraud.”

Dominion, an election-technology company, has sued Lindell – and other Trump supporters such as Rudy Giuliani and Sidney Powell in separate cases – for $US1.3 ($2) billion in damages, alleging that he spread baseless claims that its voting machines were used to steal the 2020 election for President Joe Biden. Lindell has said the company has zero chance of winning the case.

Since November, Lindell said he’d gone “all in” on proving election fraud, a claim that has been at the center of dozens of failed lawsuits. Since then, his company has taken a hit after multiple big-box retailers such as Kohl’s and Bed Bath & Beyond cut ties with MyPillow.

Do you have a story to share about MyPillow or Mike Lindell? Email [email protected]