Mylar blankets were once a hallmark of human achievement – protecting space equipment in outer space and greeting runners at the end of marathons.

But at recent protests, the blankets, now widely manufactured by many companies, have come to represent something else: the horrors endured by migrant families held at US Border Patrol facilities.

So how did a shiny material first designed for outer space became a symbol of controversy along the US-Mexico border? 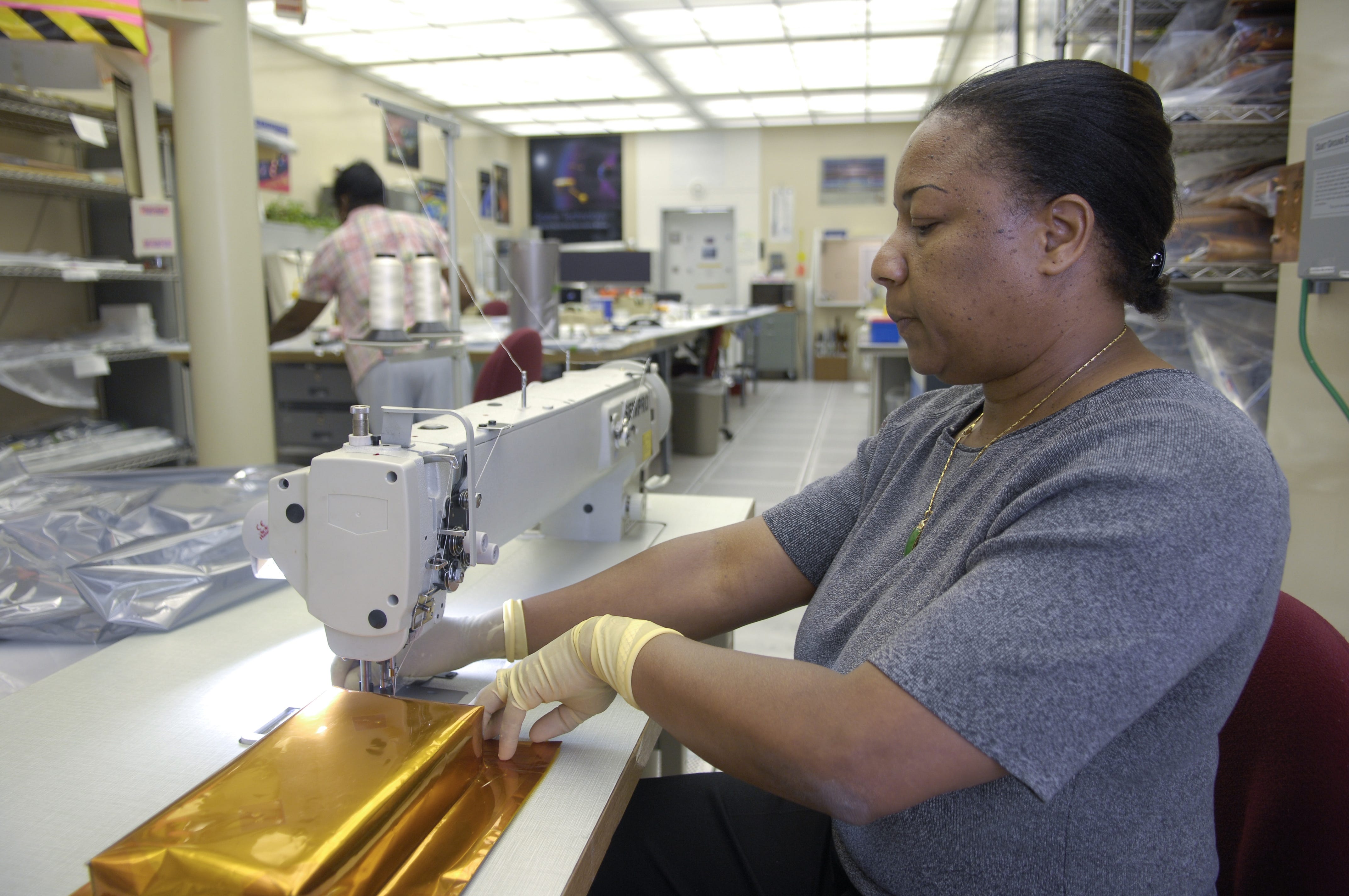 NASAThe original space blankets were developed by NASA in 1964.

The story begins in 1964, the year original space blankets were developed by NASA.

Since their invention, the blankets have been used on almost every manned and unmanned NASA mission to protect spacecraft, equipment, and personnel from extreme temperatures.

“I think that I’ve probably worked on and made thousands of blankets,” Paula Cain, a thermal blanket technician at a NASA lab in Maryland for the past 12 years, told Business Insider Weekly. “It’s hard to keep a count on how many I’ve fabricated.”

The former fashion designer doesn’t have a science background, but she’s become an expert in this process.

“It’s really exciting to know that some of the things I worked on are in space just because I don’t think I’ll ever physically get there, but I know things I have touched are there,” she said.

Also called solar blankets, Mylar blankets, or emergency blankets, the lightweight and shiny space blankets found a purpose on Earth, too, after other companies started manufacturing them.

During the 1979 New York City Marathon, runners were given Mylar blankets at the finish line to prevent hypothermia. Soon after, metallic sheets decorated with logos from sponsors made their way into races across the world.

Medical professionals and emergency crews also caught on to the life-saving potential of NASA’s technology, sourcing their own blankets to pack into first-aid kits and using them in rescue operations.

Recently, during the coronavirus pandemic, they have appeared on the front lines of a crisis that’s overwhelming healthcare systems around the world.

Mylar blankets have become a symbol of the border crisis after footage came out of migrant children huddling under the silvery sheets. Getty ImagesThe silvery blankets have become a symbol of the US-Mexico border crisis.

But to some people, Mylar blankets aren’t seen as gleaming protectors. Instead, they represent the worst of humanity.

“Imagine that you’re a child and you’re in a freezing cold cell,” Brané said. “You’ve just crossed the desert and you’re looking for protection. Now you have to sleep on this concrete floor. A Mylar blanket really doesn’t serve the purpose of what you would think a blanket would be for.”

One mother from Honduras who made the journey with her children said the silver blanket was all she and her children had to stay warm while detained at the US border.

“Since I came out, I hardly use aluminium foil,” the woman, who asked to remain anonymous, told Business Insider Weekly. “I prefer to use Ziploc bags because for me, it’s like I’m covering myself with it, like I’m still tucking my daughters in with that.”

The holding cells where they stayed are frequently described as “hieleras,” or iceboxes.

“I often take a winter jacket inside of these facilities,” Brané said. “Keep in mind that we’re talking about facilities that are at the southern border of the United States, in Texas and Arizona. Places where outside the temperature may be a hundred degrees. Yet inside you’re shivering from cold.”

Conditions inside these detention centres came under heightened scrutiny during the Trump administration’s zero-tolerance policy – when thousands of children were separated from their families.

Videos of kids inside the facilities, huddled under Mylar blankets, sparked an outcry from human rights activists.

“I did have one officer once tell me that they intentionally keep facilities cold just like they do in the prison system because it keeps people calm and sedated,” Brané said.

Asked about those conditions, a US Customs and Border Protection spokesperson told Business Insider Weekly in an email that “when it is within CBP control, oﬃcers/agents should maintain … room temperature within a reasonable and comfortable range for both detainees and oﬃcers/agents. Under no circumstances will oﬃcers/agents use temperature controls in a punitive manner.”

And detention centres are holding migrants for much longer than originally intended. 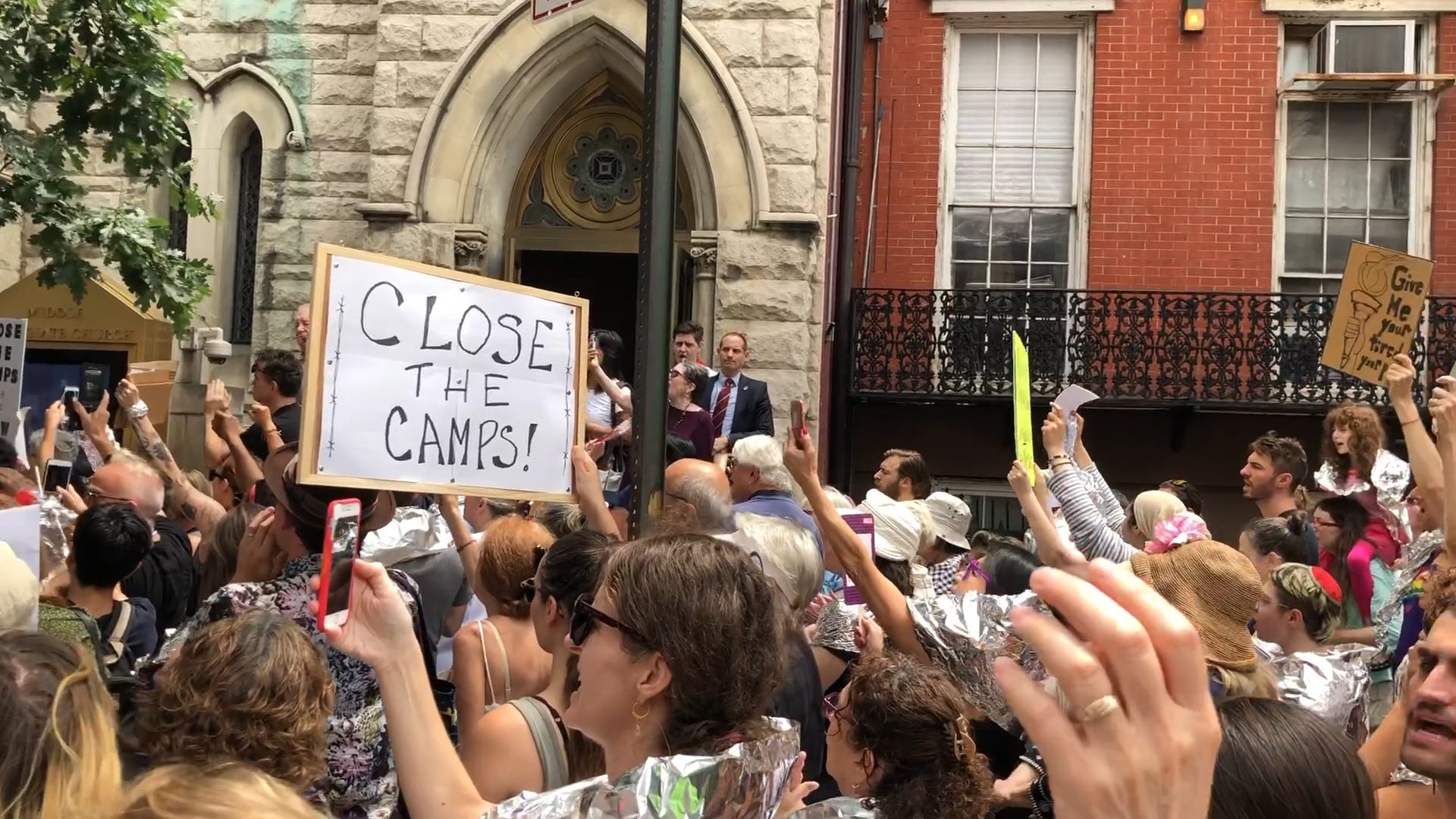 Temperatures inside these facilities are supposed to be kept between 66 and 80 degrees.

“I don’t remember exactly what it was,” Gil Kerlikowske, the former commissioner of US Customs and Border Protection from 2014 to 2017, said. “But regardless, even if it was set in the high 70s, to those kids sleeping on concrete, it’s going to be cold and it’s going to be uncomfortable enough.”

In an interview with Business Insider Weekly, Kerlikowske said the situation he inherited as head of Border Patrol operations was dire.

“We lacked everything,” he said. “So we lacked food service. We lacked security personnel and we lacked healthcare services also.”

Without these essentials, the facilities weren’t equipped to deal with a sudden onslaught of illness.

“We had an outbreak of something in infectious disease called scabies that can spread pretty rapidly,” Kerlikowske said.

The wool blankets that migrants had at the time were making matters worse.

“The difficulty with those wool blankets is that you’re continuing to spread that infectious disease,” he explained. “So the move to the Mylar blankets happened pretty quickly.”

But what’s happening now is that processing centres are holding migrants for much longer than originally intended.

“The border patrol facility was designed clearly to hold people for maybe 24 hours, and we were holding people for six, seven, eight, nine, and 10 days,” Kerlikowske said. “Clearly unacceptable, but really not a lot of choice.”

“Their goal, especially with children, was to get them in and out within a matter of hours – under six hours if they could,” said Brané of the Women’s Refugee Commission. “In that circumstance, I think that a Mylar blanket could be appropriate. When we’re talking about holding people for long periods of time, it’s just not the answer.”

It was the answer for NASA, for athletes, and for emergency rescue crews.

But for those coming through America’s southern border – and for their children – the shiny blankets are remembered very differently.

“It is not a blanket. It is aluminium foil,” said the mother from Honduras. “Aluminium foil that is small, that won’t cover you and your children. You are not going to warm your children or yourself with that.”