As protestors on Saturday flooded Myanmar’s streets, calling for an end to the military coup, the country’s internet access was almost entirely shut down.

“The regime has cut off all internet lines amid ongoing protests against the #militarycoup,” wrote Myanmar Now, an independent local news agency, on Twitter.

Connectivity fell to about 16% early Saturday, according to NetBlocks, an internet tracking firm based in London. Earlier in the day, connectivity had fallen to about 54% of ordinary levels, the firm said.

NetBlocks said there was a “near-total” shutdown in effect in the country. “The information blackout is likely to severely limit coverage of anti-coup protests,” it added on Twitter.

On Insein Road near the Hledan junction, the police has blockaded the protesters. A anti-riot truck equipped with a water cannon is seen nearby. #Myanmarcoup #HearOurVoiceOfMyanmar pic.twitter.com/GC0QJf0t6O

On February 1, Myanmar’s military said it was taking over, rounding up the country’s democratic leaders in the early morning hours. They detained President Win Myint and Aung San Suu Kyi, the country’s political leader. Within a few hours, military vehicles filled Yangon’s streets. Internet access was curbed during the coup, dropping by about 50% throughout the country.

In the days since, Suu Kyi was charged with breaking importing and exporting laws, and possessing unlawful electronic devices, including walkie-talkies. 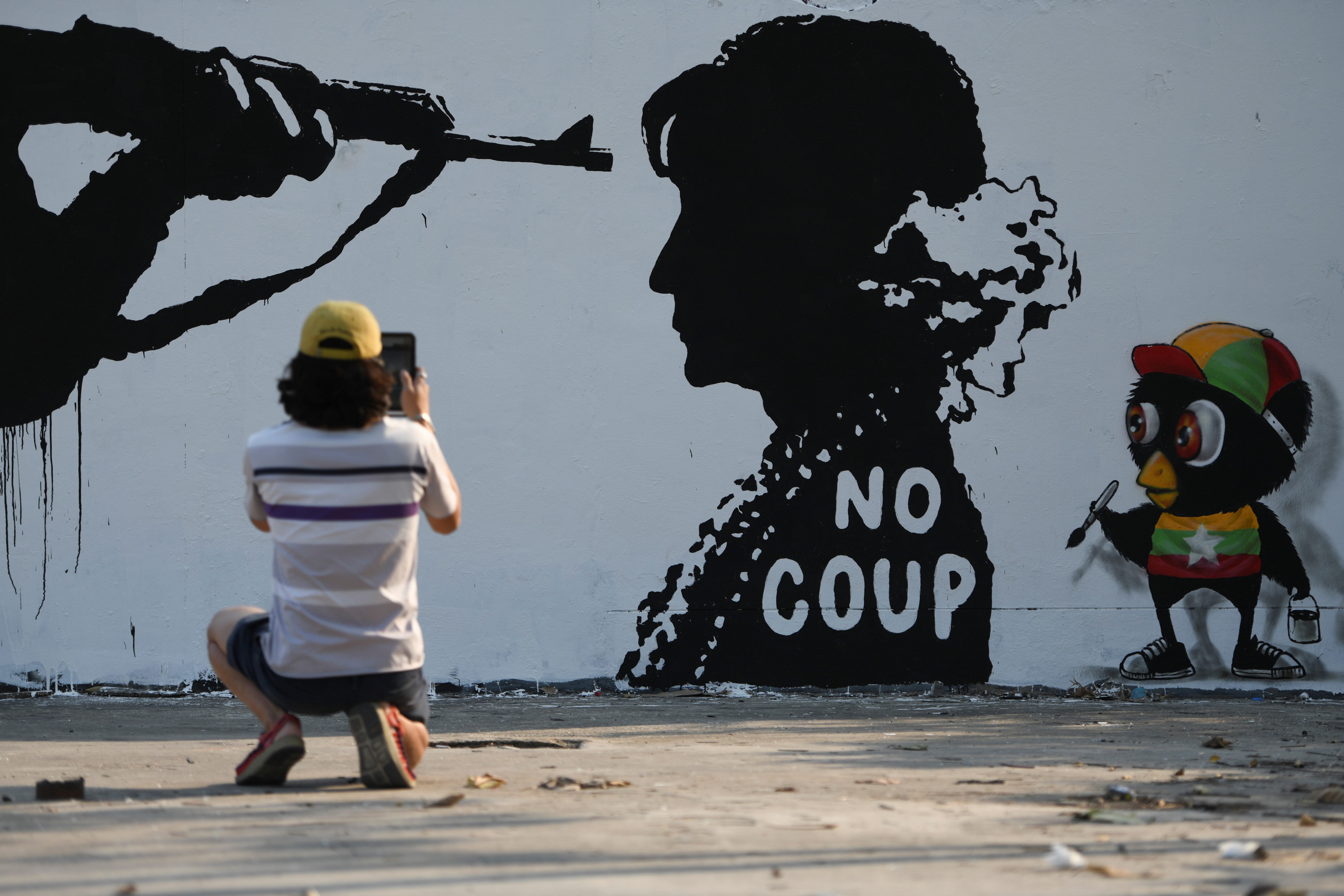 Chalinee Thirasupa/ReutersA man takes a picture of a graffiti by Thai artist Mue Bon against the military coup in Myanmar in a street in Bangkok, Thailand.

A group of civil rights organisations, the Myanmar Civil Society Organisations, posted an open letter to internet service providers on Saturday, asking them to restore service and keep user data private, according to Myanmar Now, which posted the letter on Twitter.

The military government reportedly sent letters to internet providers last week, directing them to block Facebook. On Friday, the military also asked them to also block Twitter, and Instagram, according to the open letter.

“By complying with their directives, your companies are essentially legitmising the military’s authority, despite international condemnation of this very body,” the group wrote to internet service providers.