The MyPillow guy built a multimillion-dollar business on his faith in God and unorthodox business strategies. But his loyalty to Trump could put the company in peril. 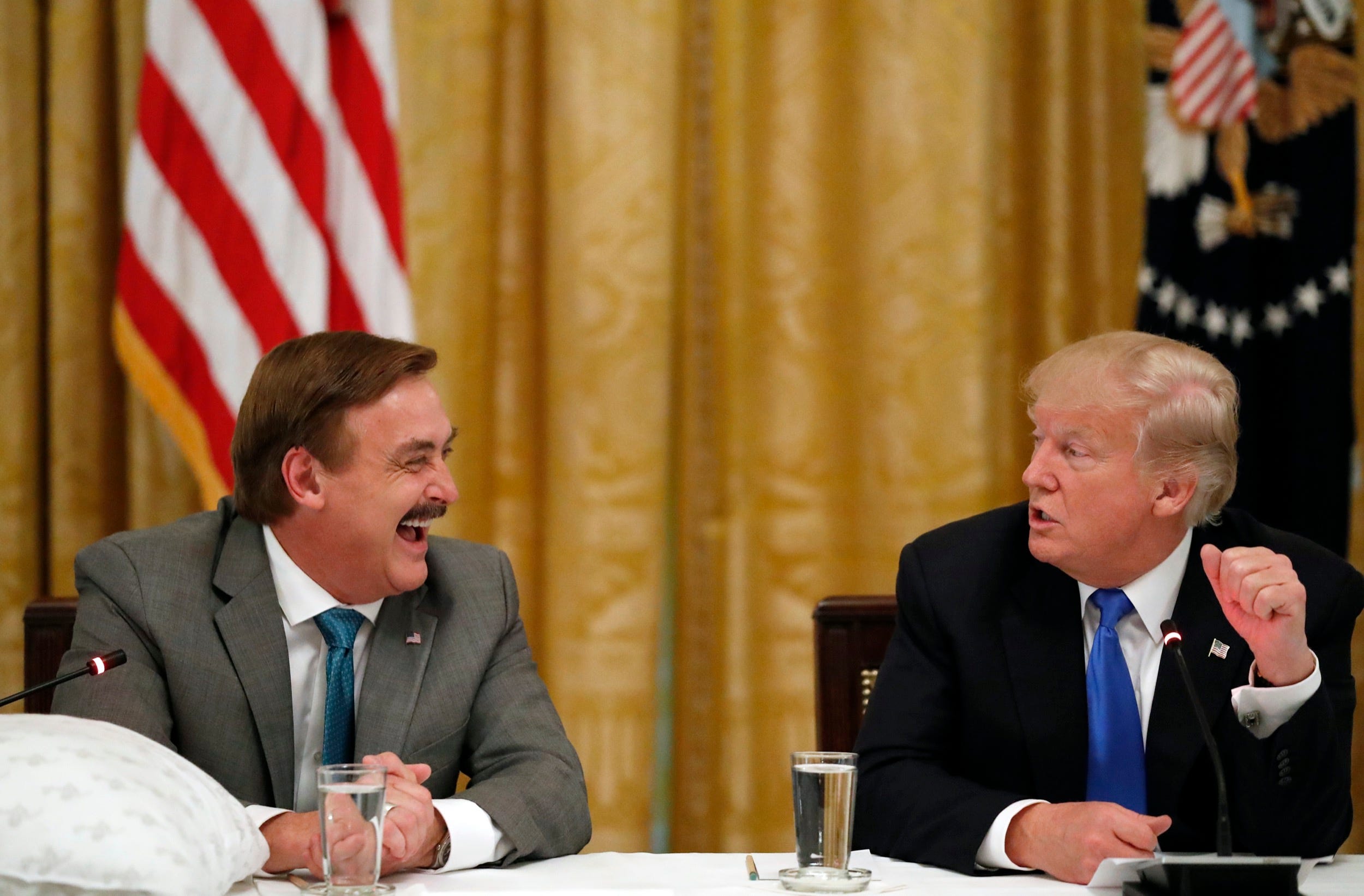 AP Photo/Alex BrandonMichael Lindell with President Trump at the White House in 2017.

As President Donald Trump’s corporate allies abandoned him in the final days of his administration, one man was left standing: MyPillow CEO Mike Lindell.

“I’m not backing down on these machines that stole our election,” Lindell told Insider last Wednesday, referring to baseless claims that rigged voting machines helped Joe Biden steal the 2020 race.

“I’m not changing my mind on anything like that ever. I’m not going to: ‘Oh, please, don’t boycott me. Please don’t,'” Lindell added.

Perhaps more than any other CEO, Lindell has driven his company straight into the minefield of modern politics, embracing the kinds of controversies and culture-war topics that most businesses consider radioactive and doubling down in situations in which today’s corporate playbooks would recommend damage control.

A staple of late-night infomercials, Lindell â€” whose backstory includes a stint as a professional gambler and drug addiction â€” and his pillow company have become one of the most curious business phenomena of the Trump era.

Over the past week, Insider spoke with several people who worked with MyPillow, industry experts, and Lindell himself about his company’s business during Trump’s presidency and what comes next for the controversial pillow brand.

Lindell said MyPillow thrived in the Trump era, adding that his support of the president fuelled “off-the-charts” sales growth. Revenues from the company’s website roughly tripled from 2015 to 2019, according to an estimate by GlobalData. And site traffic skyrocketed in 2020 as Lindell campaigned for Trump’s reelection.

MyPillow’s business is driven by Lindell’s instincts. It is hard to say where these instincts will take the company next, especially as Lindell increasingly prioritises Trumpian politics over running his business.

You can read our full feature “The MyPillow guy says God helped him beat a crack addiction to build a multimillion-dollar empire. Now his religious devotion to Trump threatens to bring it all crashing down” here if you’re a Business Insider subscriber.