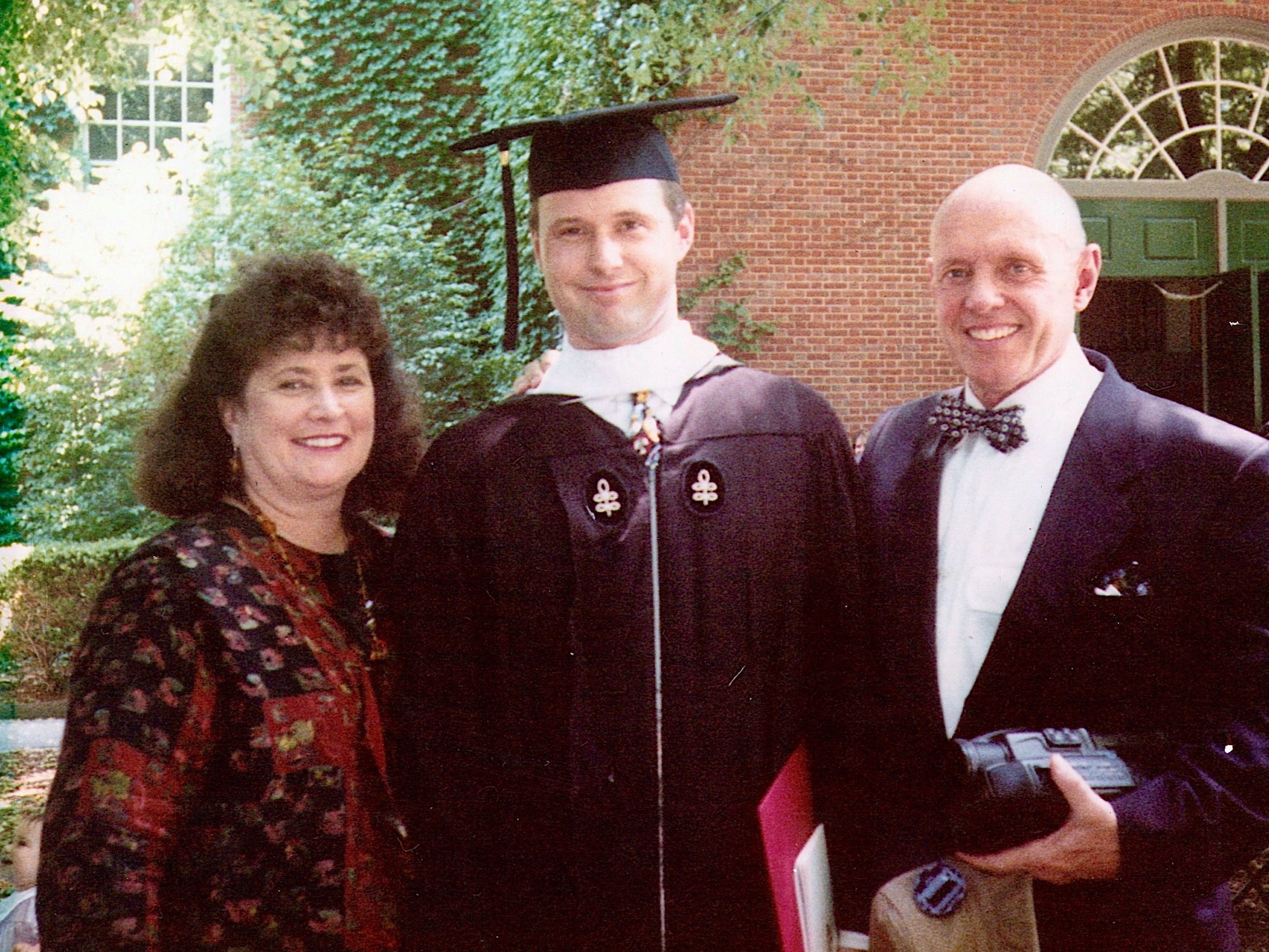 Courtesy of Sean Covey.Author Sean Covey at his graduation from Harvard with his parents, Sandra and Stephen.

First there were five, then there were nine, then the list got cut back to six. Eventually my dad, Dr. Stephen Covey, settled on the seven habits that ended up in his book, “The 7 Habits of Highly Effective People.”

But he was constantly researching, and thinking, and talking with individuals and organisations about these habits as I was growing up. It was his life’s work. It was his opus. It was also the philosophy that he and my mum raised us on.

I’m the fourth of nine kids, and we weren’t really aware that we were being taught these habits; it was more about the principles behind them. But it turns out they were a big part of my childhood.

With this month being the 30
th
anniversary edition of the book coming out, I find myself reflecting on growing up in a “7 Habits” home. 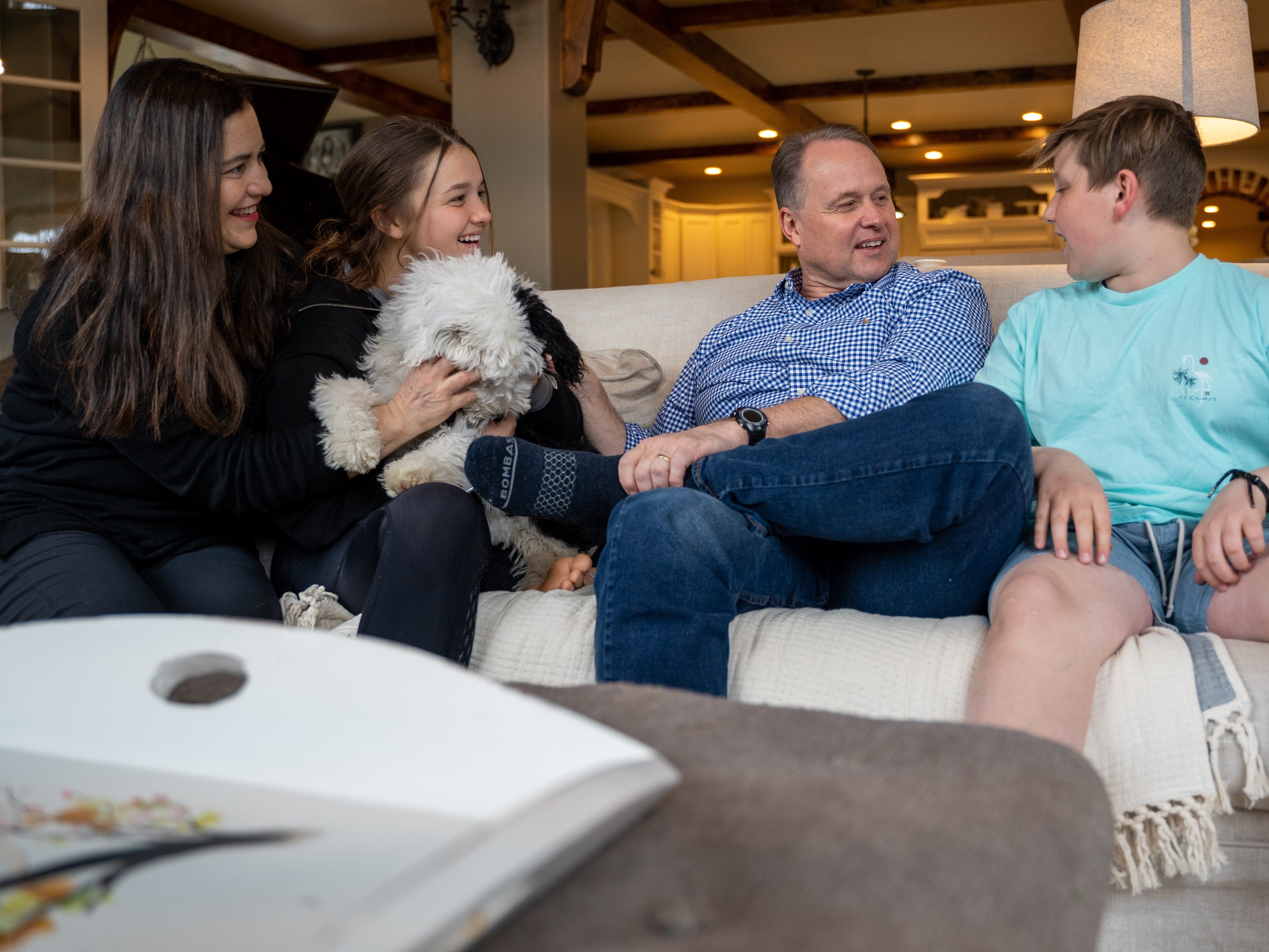 Courtesy of Sean CoveySean Covey with his wife and family.

As a kid growing up, my parents were like any other in that while they were kind and good, they were also embarrassing. As a teenager, strangers would approach me, hug me, and confide: “Your dad’s book changed my life.”

I was 17 years old, thinking, “Are you serious? Do you realise that my dad wears velour sweatpants with a dress shirt and boat shoes? And he changed your life?”

But I was living the seven habits too, and didn’t even realise it.

I remember one time we visited a friend of my parents’ who was an architect in charge of constructing a mall outside of Salt Lake City. We walked around the site, and my dad kept saying “Kids, look over there,” as he described what would be there. The mall hadn’t been built yet; it was still just an open field.

In the construction trailer, we saw these massive sets of blueprints, probably more than 400 pages in all, and he showed us how every single part of the mall had been planned on paper. It was right there in front of us.

On the way home that night, my dad turned to us in the car and said: “You know, those blueprints you saw today are just like your lives. If you plan ahead and build blueprints for what you want to do in life, it’s amazing what you can accomplish.”

Just like that, he was teaching us the whole idea of beginning with the end in mind (which is one of the seven habits).

My dad considered us his most valued students. and he tried out all of his material on us. 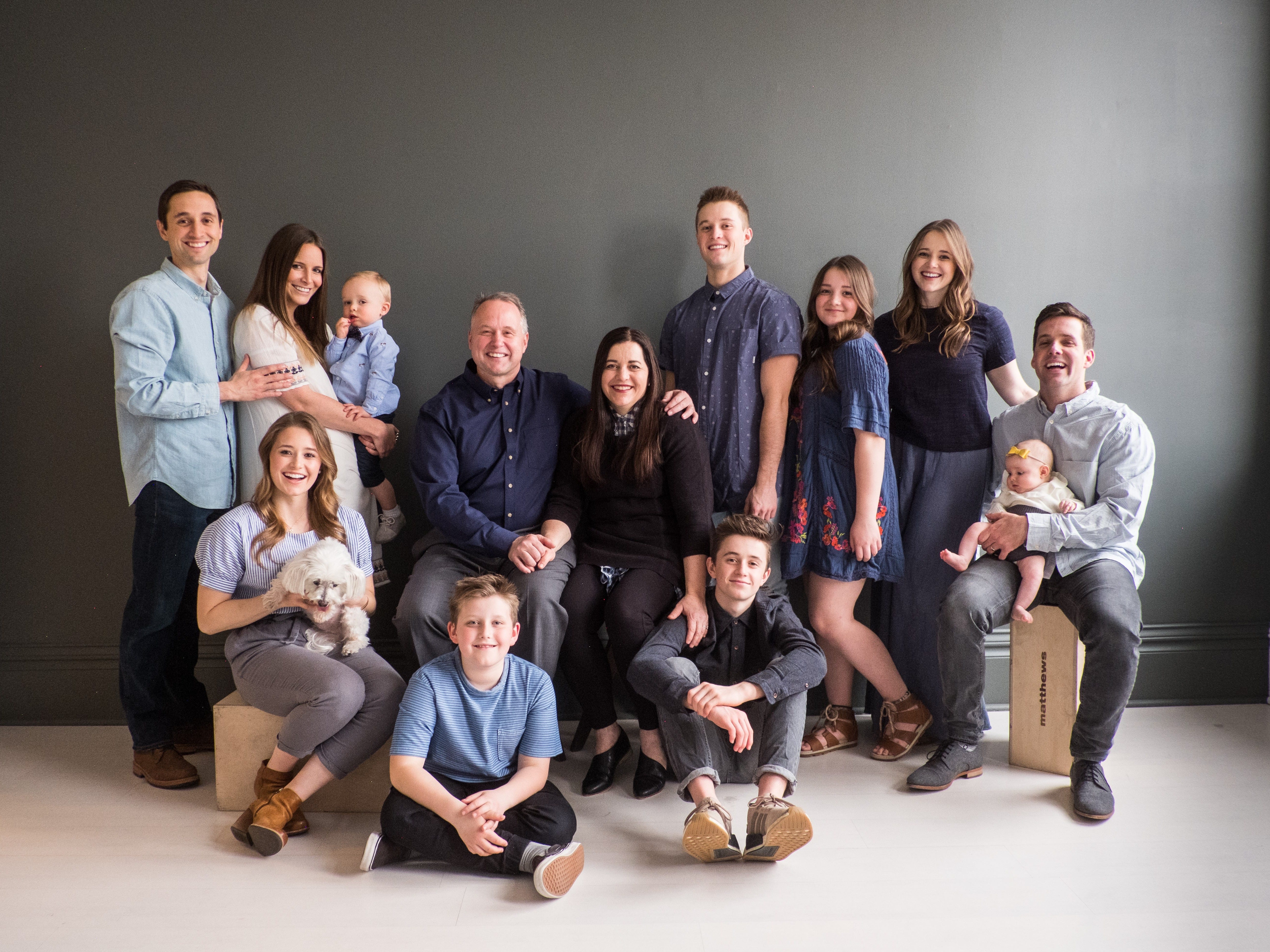 Courtesy of Sean CoveySean Covey with his family in 2020.

Growing up in that home, I was surrounded by this content. It wasn’t until later that I recognised the gift I had been given as a child. At 19, when I finally picked up dad’s book and began reading what he had to say, I thought, “Wow, my dad is really smart. He has matured a ton.” It brought back all of the lessons I had learned throughout my life.

The seven habits continue to resonate today because they provide an organising model or way of thinking that can help people reach their goals and solve problems better and faster. They represent principles for effectiveness that endure.

“Habit No. 2,” he’d pontificate, “is the most important habit because if you don’t have a vision for your life you have nothing.” Or, “Habit No. 6 is the ultimate habit because when you practice all the other habits, you arrive at synergy.” Or, “The most important habit of all by far is Habit No. 1, because until you decide you’re in charge, you can’t practice any of the other habits.”

We kids always got a kick out of this. But from my perspective, the most important habit is working to improve the one you’re having the most difficult time living.

Sean Covey, the son of Dr. Stephen R. Covey, is president of Franklin Covey Education and a best-selling author. He has refreshed the 30
th
Anniversary Edition of “The 7 Habits of Highly Effective People” with end-of-chapter insights. The reissued book went on sale in May 2020.