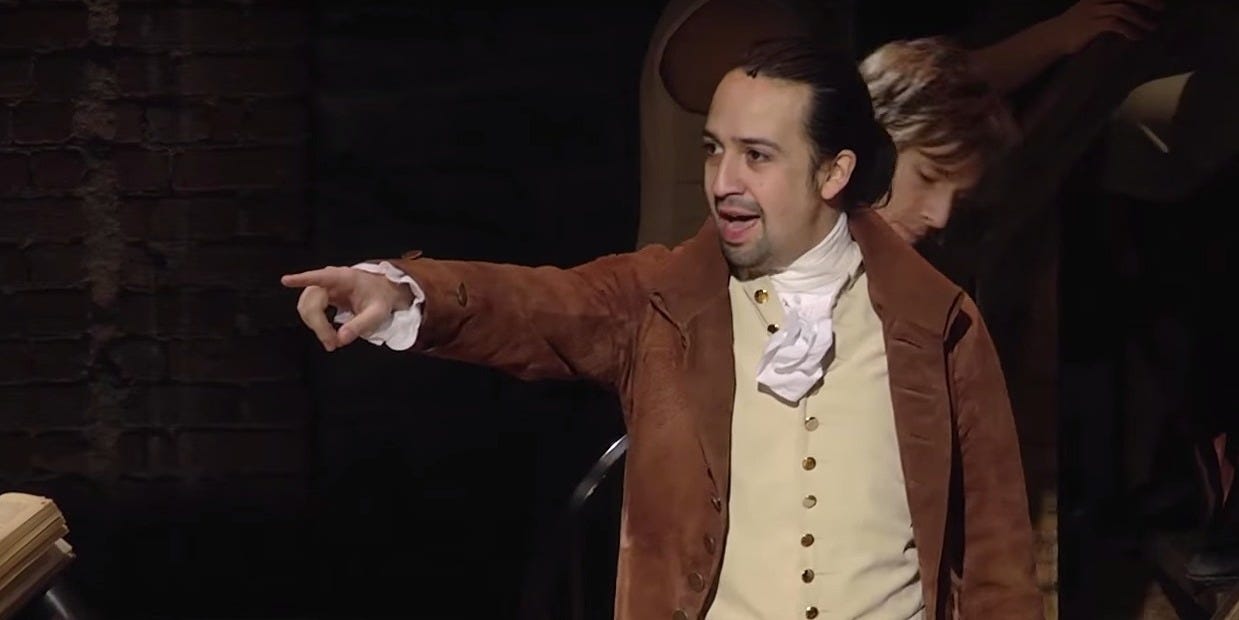 “West Side Story” is a must-see American musical. 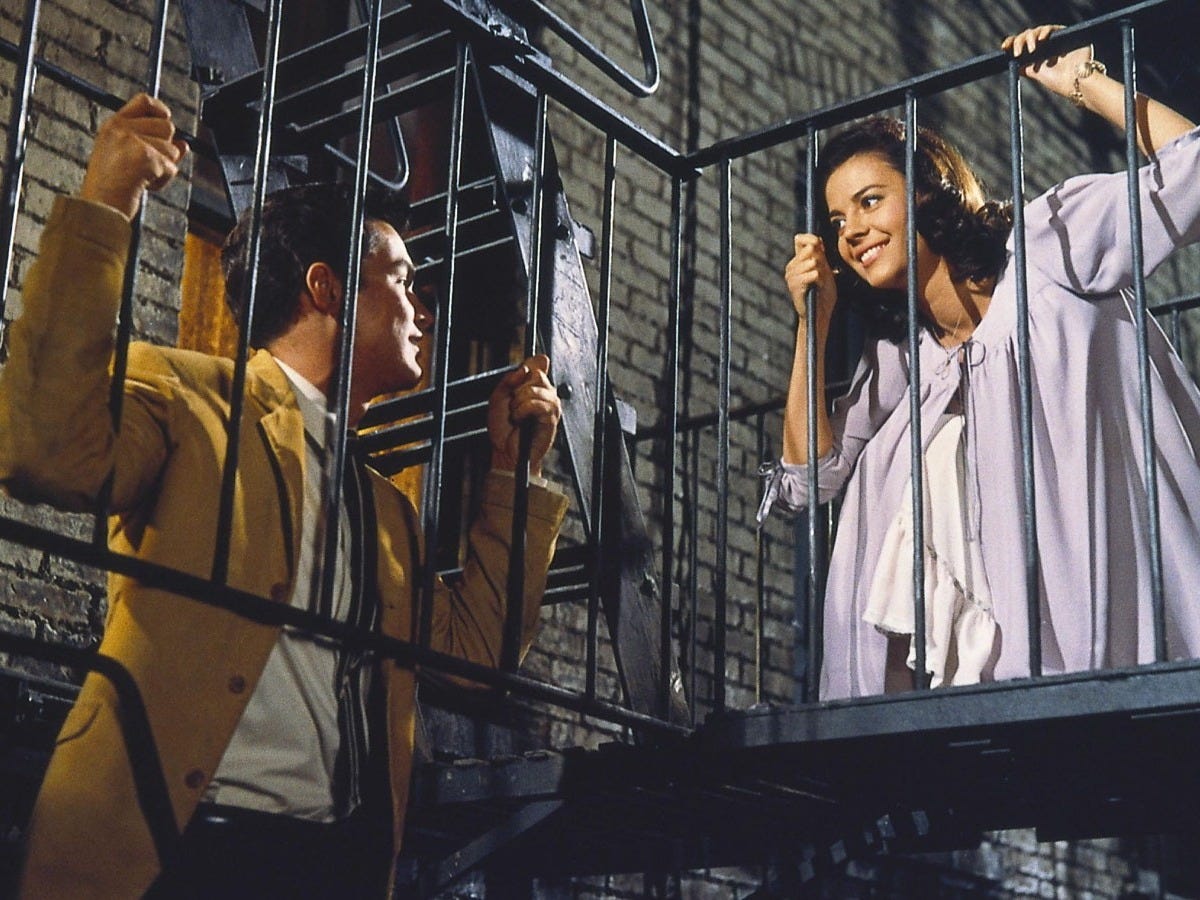 The tragic and romantic story adapts “Romeo and Juliet” into a modern love story. Similar to the Shakespeare classic, it follows two rival families – or in the case of the musical, gangs – and the conflict comes to a head with a forbidden love interest. The dramatic production intertwines drama and iconic musical numbers and earned the 1961 movie 10 Academy Awards.

“West Side Story” can be streamed on Netflix. 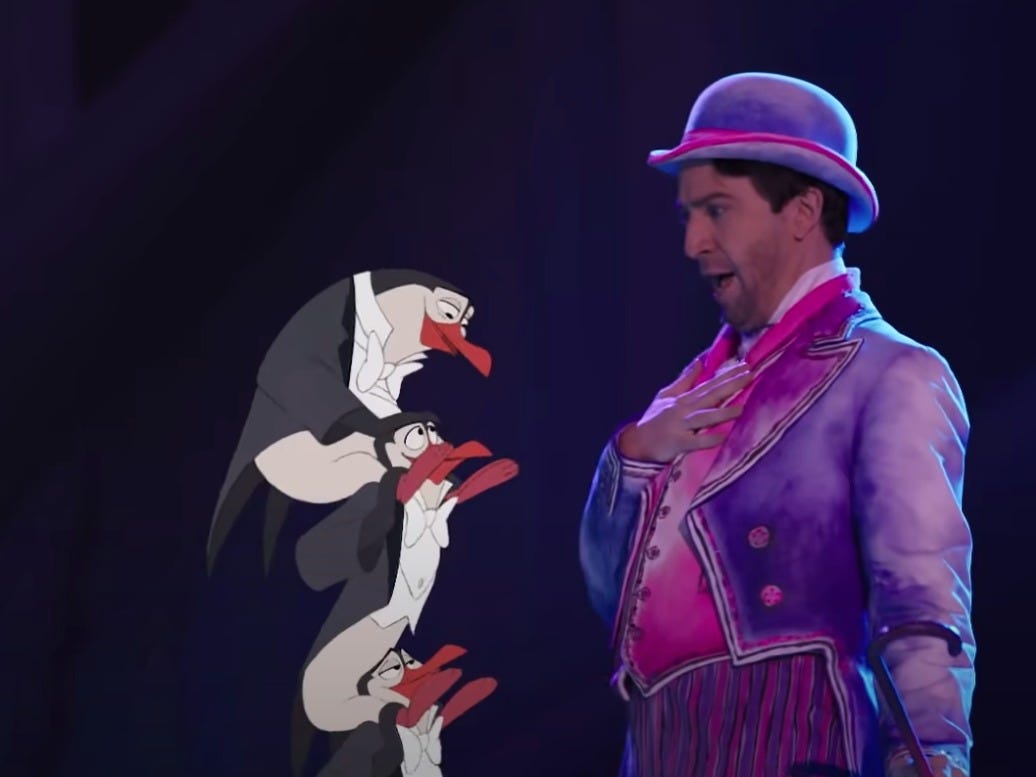 The loveable and magical character that is Mary Poppins returns to the Banks family in this 2018 spin on the classic musical. Fans of Lin-Manuel Miranda will be thrilled to know that the “Hamilton” mastermind also plays a central role in the “Mary Poppins” revival, which includes incredible dancing and singing that people of all ages will enjoy.

“Mary Poppins Returns” can be streamed on Netflix.

“Newsies: The Broadway Musical” is set in New York City at the turn of the 20th century. 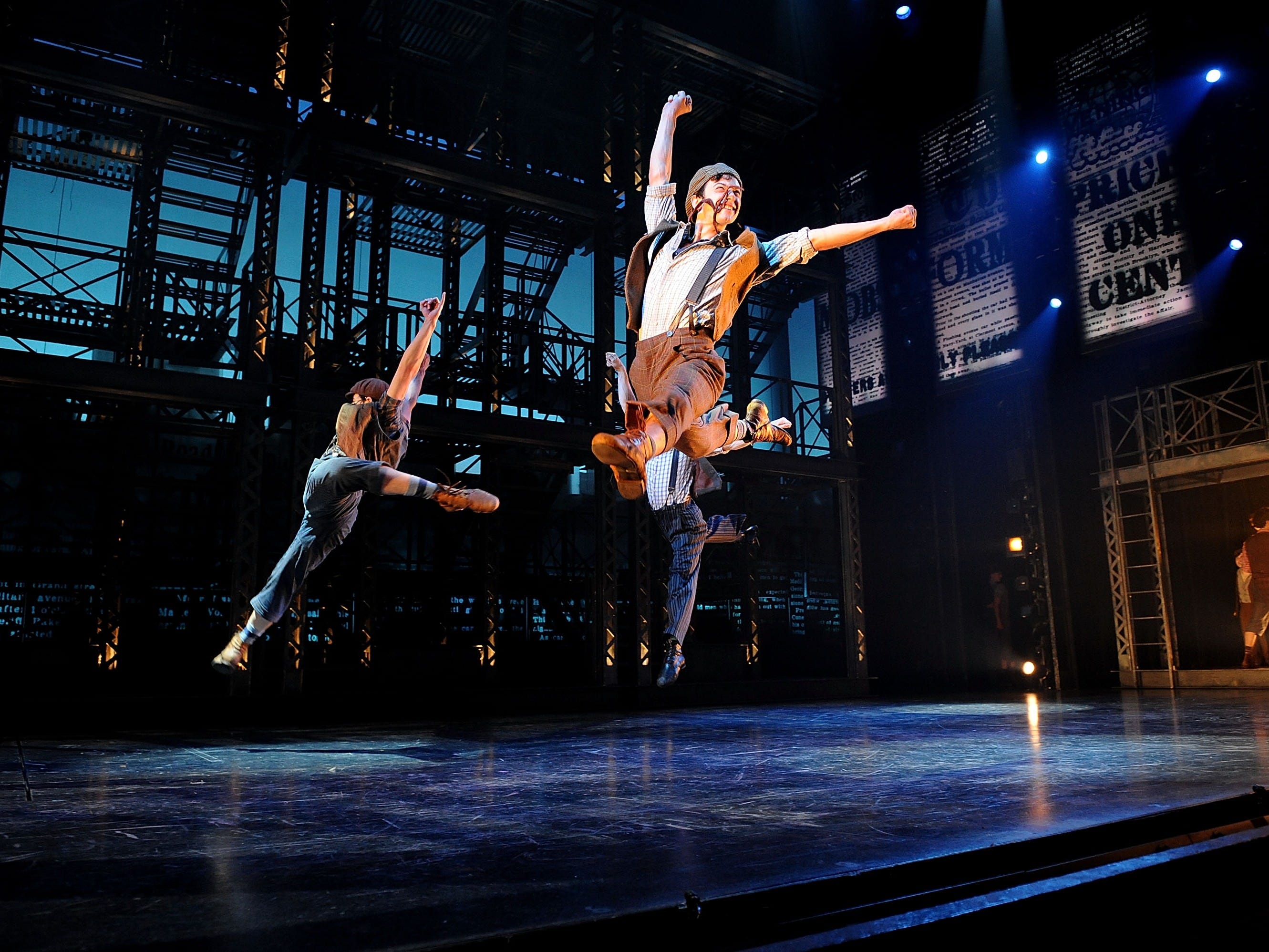 “Newsies” is a Disney musical based on the Newsboys’ Strike of 1899 that follows character Jack Kelly, a newsboy who has aspirations to escape the city and become an artist. When publishing leaders raise costs at the expense of the newsies, Kelly and the newsies band together to push for labour rights.

“Newsies: The Broadway Musical” can be streamed on Disney Plus.

“Joseph and the Amazing Technicolor Dreamcoat” is a lively musical-comedy. 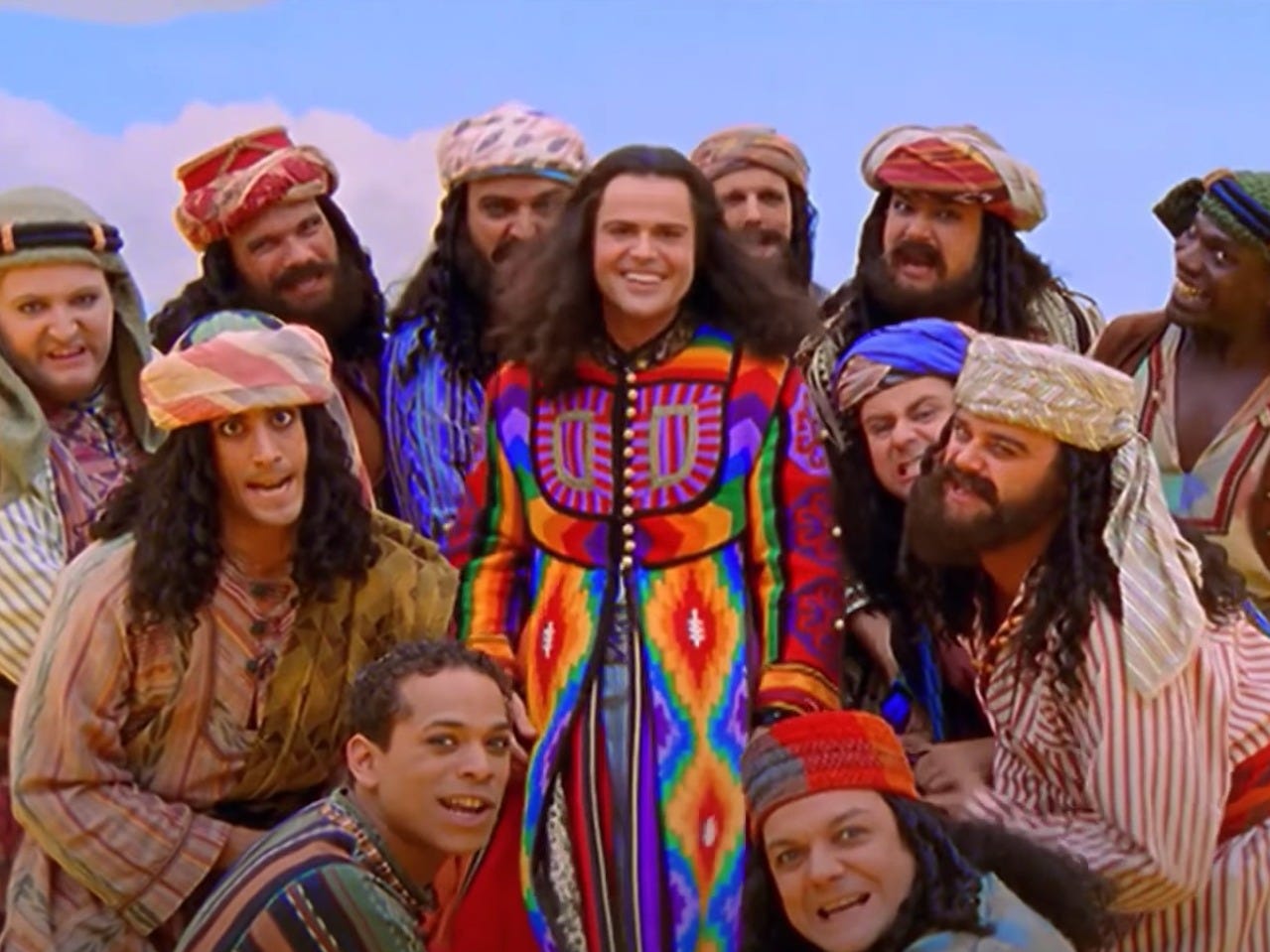 Joseph and the Amazing Technicolor Dreamcoat/YouTubeDonny Osmond stars as Joseph in the film adaptation of the musical.

Inspired by the biblical story of Joseph, the Andrew Lloyd Weber production – which was made into a movie starring Donny Osmond in 2000 – is full of life and colour, and there’s no shortage of catchy songs. The musical not only intertwines biblical themes with humour, but it encourages audiences to believe in the beauty of their dreams.

“Joseph and the Amazing Technicolor Dreamcoat” can be streamed on Broadway HD, which is $US8.99/month.

The Broadway rendition of “Peter Pan” combines fairytale and musical. 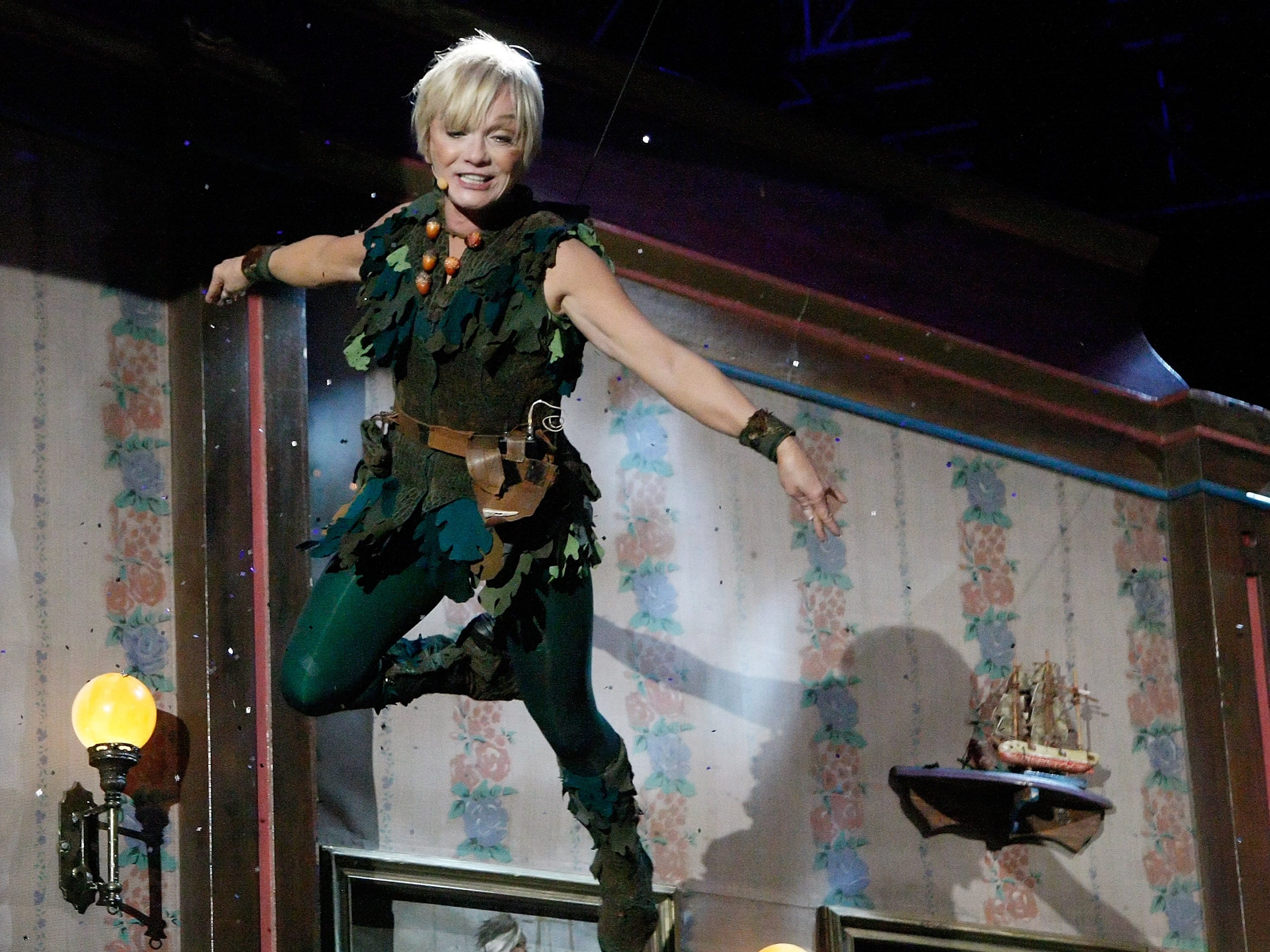 The story about the boy who never wanted to grow up has been recreated in many forms over the years, from cartoon versions to live-action productions. But there’s something magical about the Broadway version of “Peter Pan,” a nostalgic show that all audiences can enjoy.

“Peter Pan” is available to stream on Broadway HD.

The film adaptation of “Jersey Boys” tells the story of Frankie Valli and the Four Seasons. 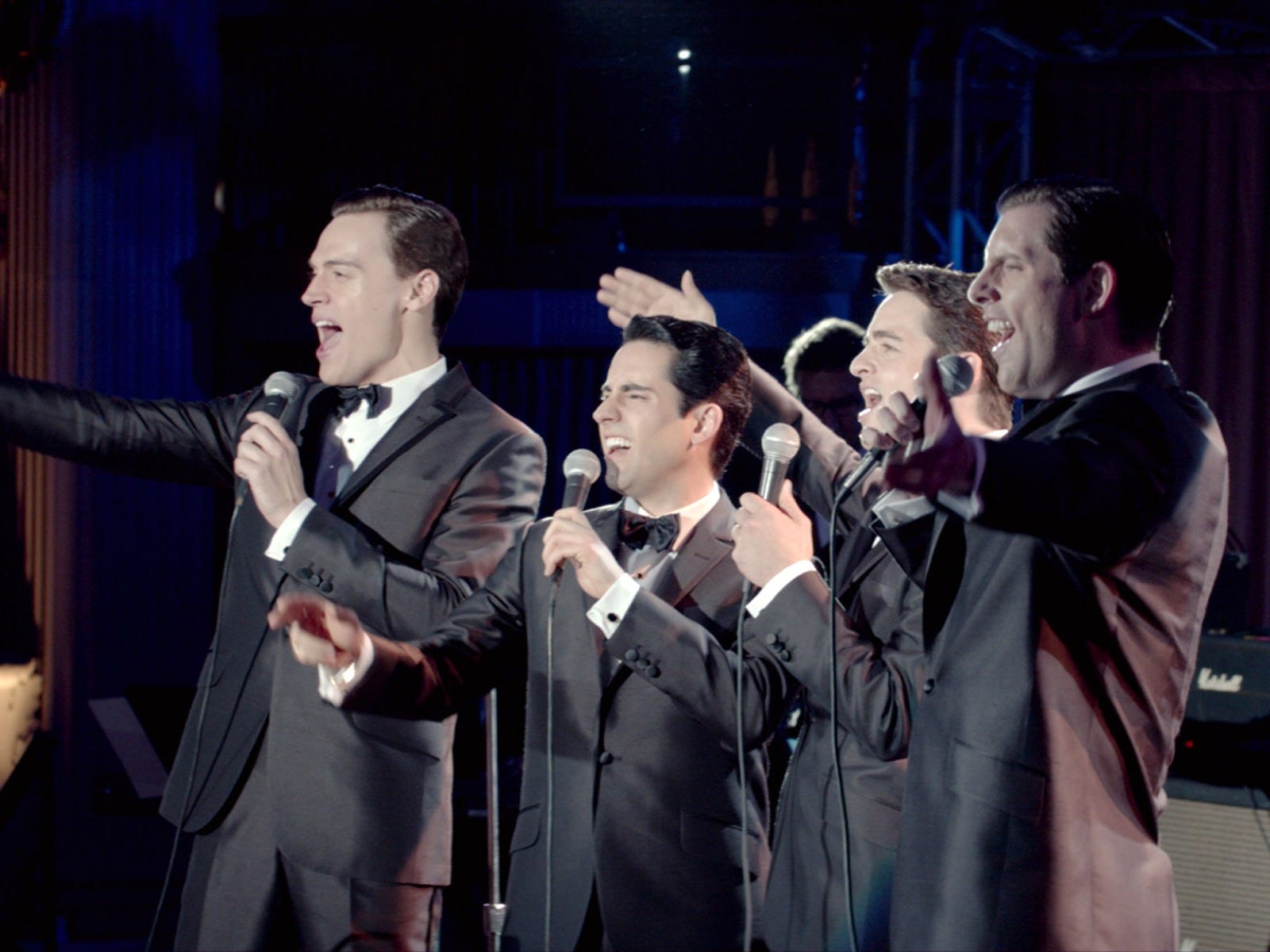 Warner Bros.The musical sheds light on the dramatic lives of the famous musicians.

The musical biography gives audiences a look at the evolution of the Four Seasons, especially focusing on lead singer Frankie Valli. The story starts in early 1950s New Jersey and takes readers through the off-stage moments that defined the band, from their music to their personal lives.

“Jersey Boys” is available for streaming on Netflix.

The 1999 version of “Annie” is a classic that’s great for all ages. 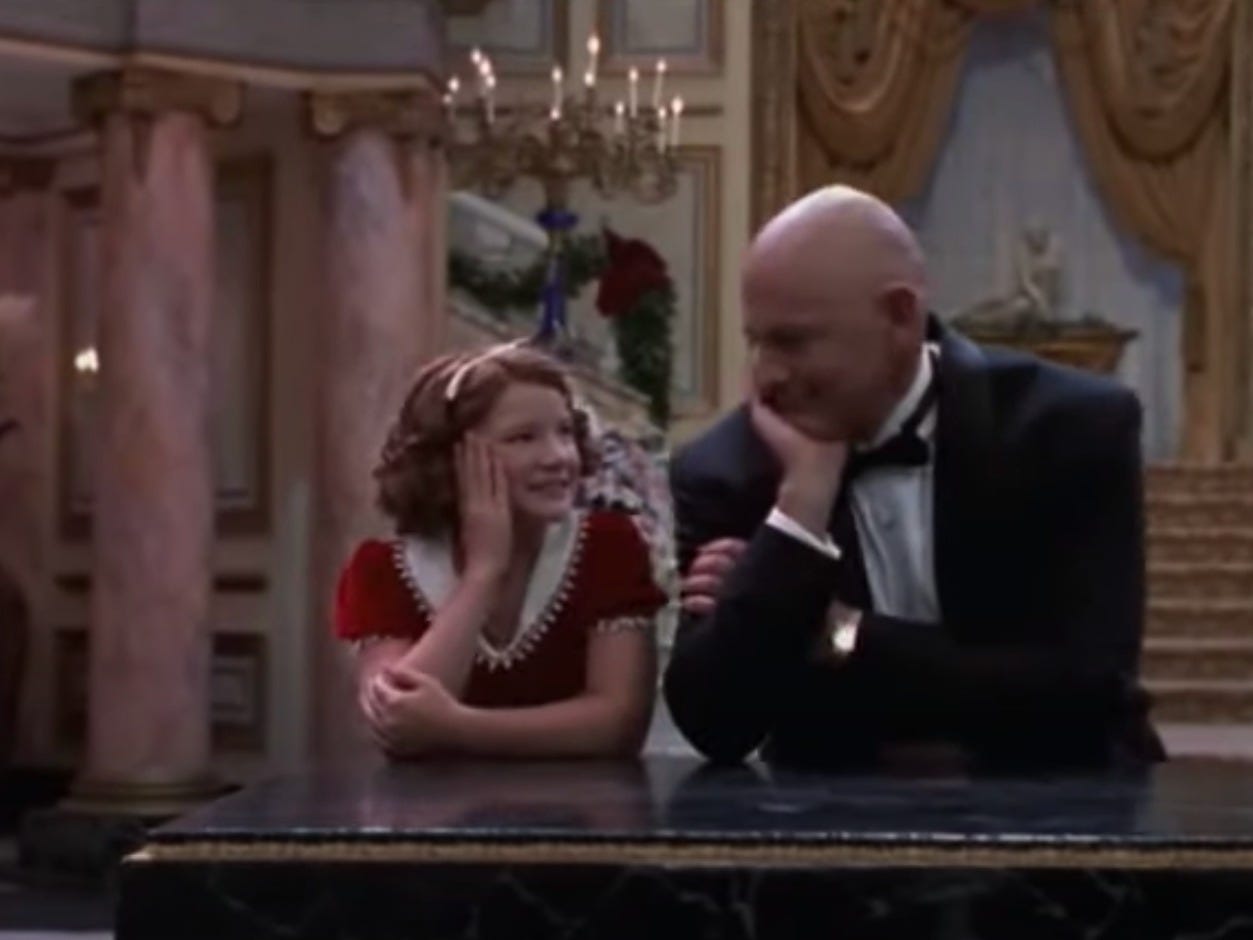 DisneyThere have been many adaptations of ‘Annie.’

The beloved musical follows young Annie from her New York City orphanage to the welcoming arms of Oliver Warbucks. Featuring iconic musical numbers like “Tomorrow” and “It’s the Hard Knock Life,” the 1999 movie version of the award-winning show is a delightful way to bring the theatre home.

“Annie” can be streamed on Disney Plus.

“The Sound of Music” is a timeless feel-good musical. 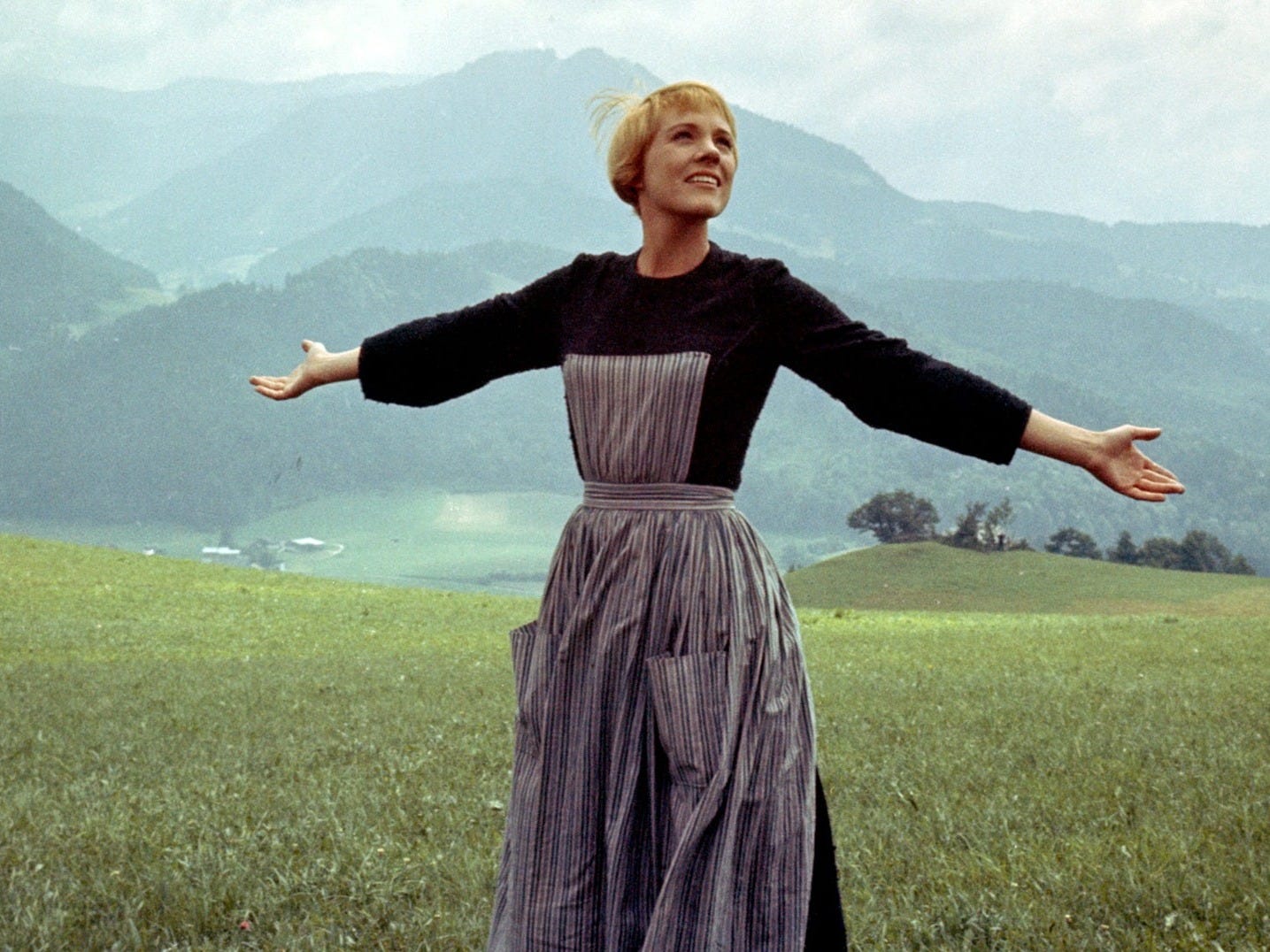 The movie that was inspired by the famous Rodgers and Hammerstein musical is an award-winning classic and feel-good hit that embodies that idea that humour and music and make everything better. As a bonus, the movie includes an intermission, so the three-hour musical is a bit more digestible.

“The Sound of Music” can be streamed on Disney Plus.

“Kinky Boots” is an entertaining and uplifting story with music by Cyndi Lauper. 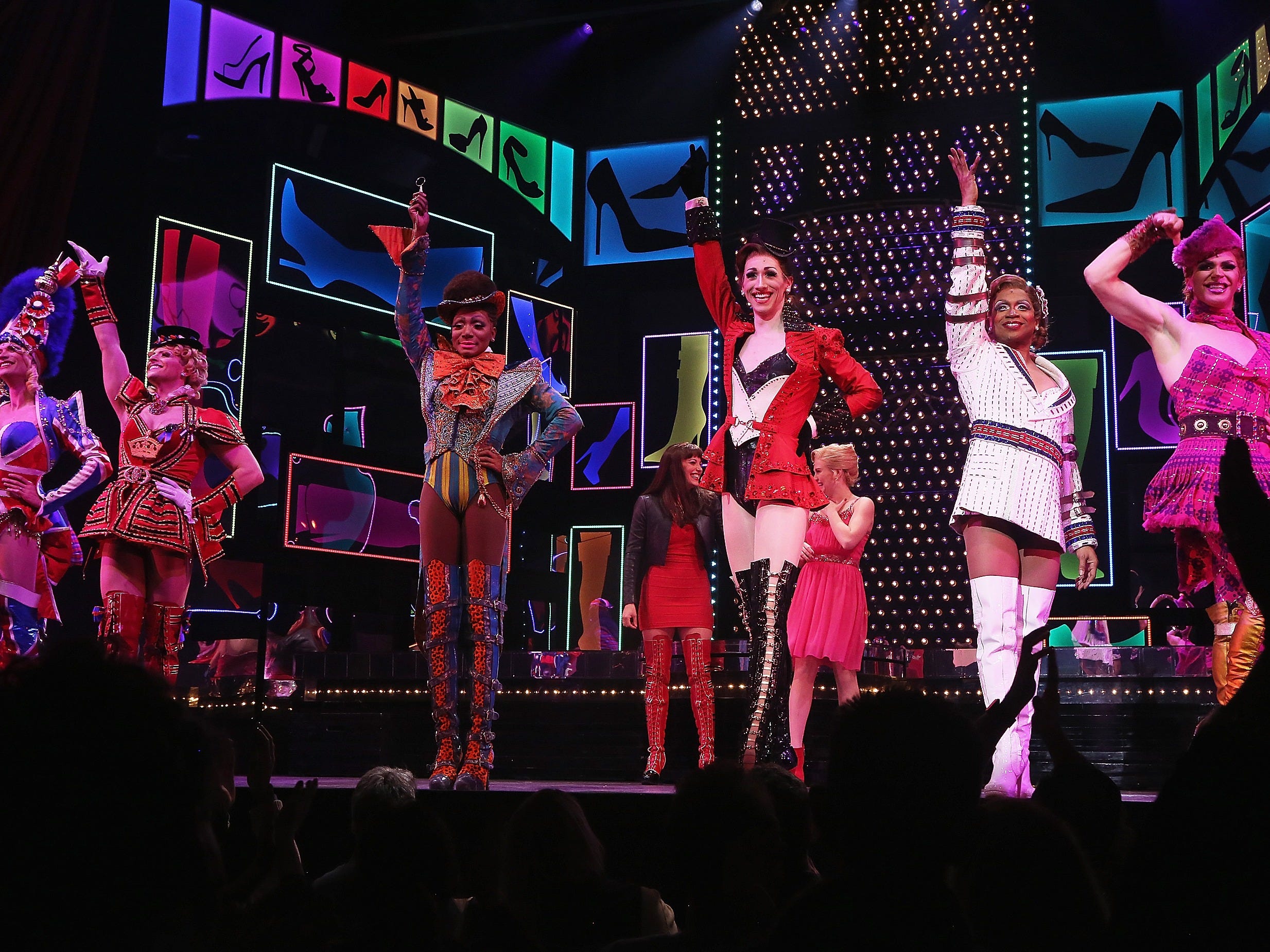 Bruce Glikas/Getty ImagesA production of ‘Kinky Boots’ on Broadway in 2019.

The vibrant musical follows Charlie Price, who inherited his father’s shoe factory and needs to find new business opportunities to avoid bankruptcy. Price meets Lola, an entertainer who needs a pair of high-quality, fabulous heeled boots, and the two form an unlikely but meaningful friendship that makes for a memorable story.

“Kinky Boots” is available to stream on Broadway HD. 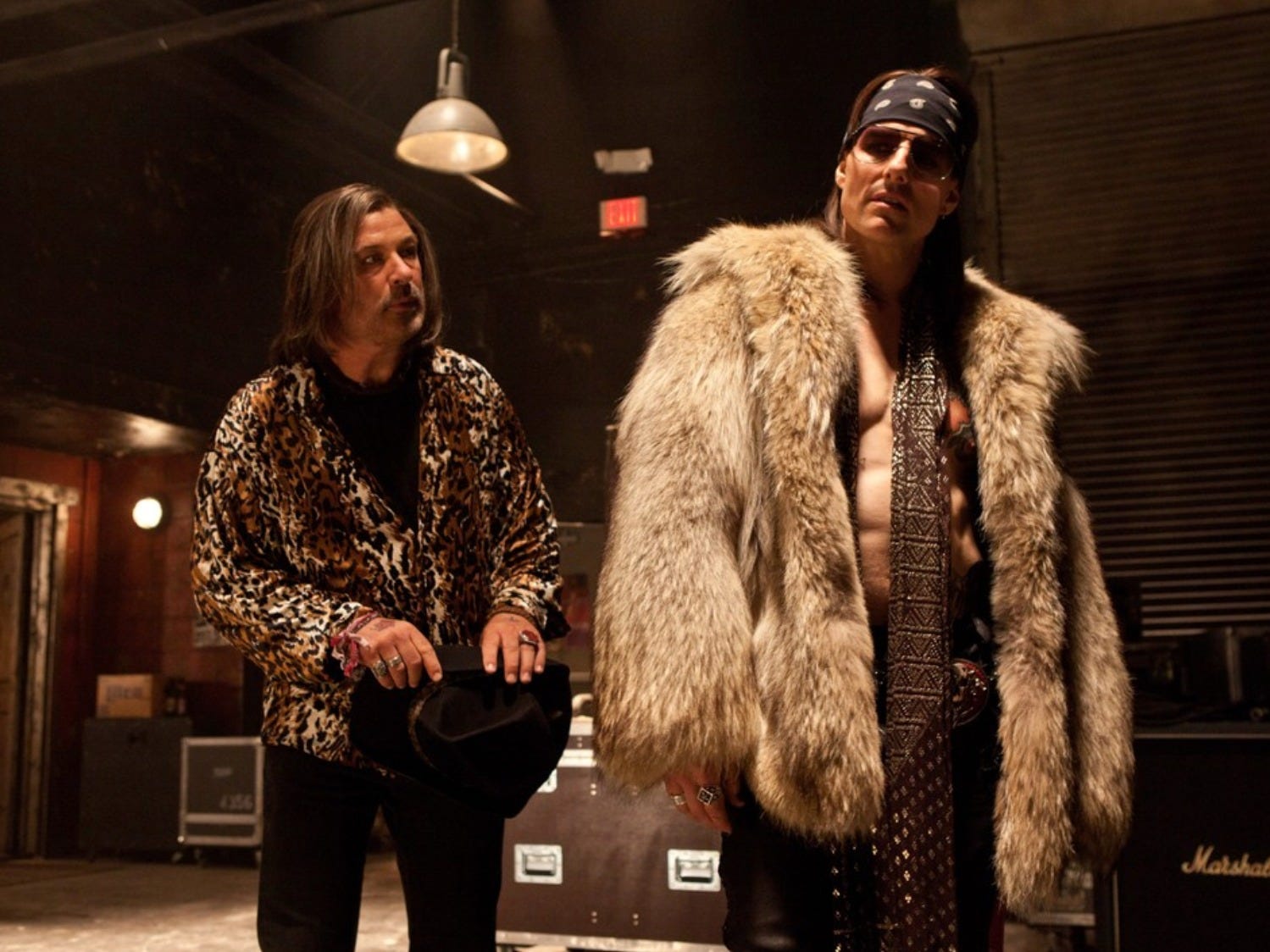 The modern musical “Rock of Ages” was adapted for the big screen in 2012 and is essentially a 1980s time capsule. Featuring songs from rock icons like Bon Jovi and Def Leppard, and plenty of other one-hit wonders of the ’80s, the musical follows aspiring rockstars who move to Hollywood in hopes of making it big.