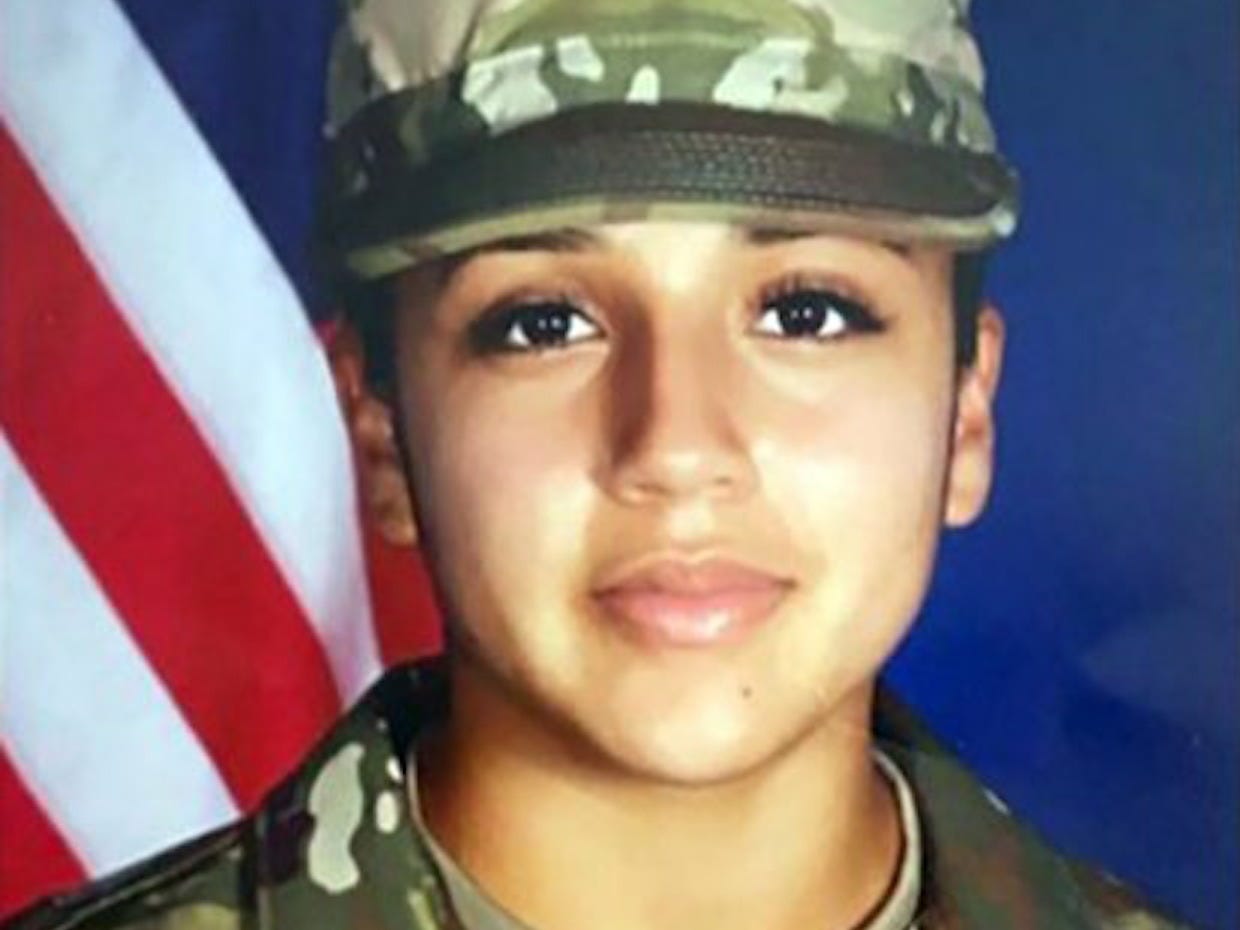 An army of servicewomen are coming forward with their own stories of sexual assault in the military after officials confirmed the remains of 20-year-old US Army Spc. Vanessa Guillén, who went missing two months ago.

In what has been widely regarded as the military’s #MeToo moment, servicewomen are using the hashtag #IamVanessaGuillen to speak out against what they say is a culture of harassment that encourages survivors of sexual assault to remain silent.

Spc. Guillén, who was stationed at Fort Hood Army base in Texas, had confided in her family that she was being sexually harassed before she went missing in April, her mother and sisters have said, according to the Washington Post.

Mayra Guillén said last week her sister was too afraid to report the incidents because “she felt if she spoke, something would happen.”

“I now realise everything leads back to them harassing her at work,” Mayra added. 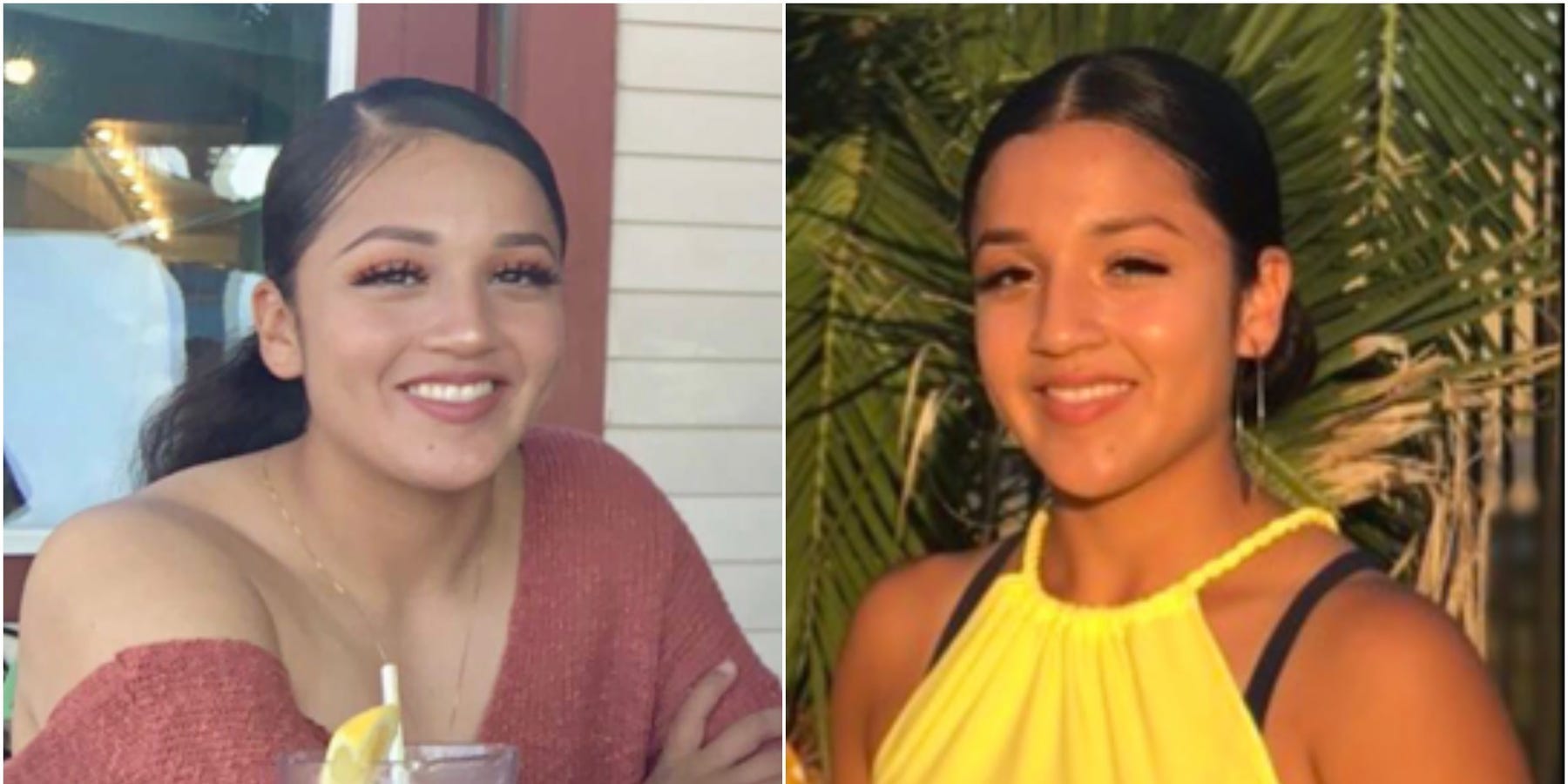 Guillén’s remains were found on June 30 near the Leon River, about 30 miles (48km) from Fort Hood.

The main suspect in the case is fellow soldier Aaron David Robinson, who allegedly used a hammer to bludgeon Guillén to death in the armory room, causing “her blood to be splashed all over,” according to Army Times.

Robinson reportedly asked his girlfriend, Cecily Aguilar, to assist in burying Guillén’s remains after they tried to burn her body. He took his own life on July 1 when law enforcement officials tried to arrest him, while Aguilar has been charged with one count of conspiracy to tamper with evidence.

More victims speak out about harassment in the military

For many servicewomen, the story of Guillén’s murder is shocking but also not surprising.

Harassment – especially towards women – has long been an open secret in the military. But while previous scandals including Marines United and Tailhook exposed this to the public, the recent murder of Guillén feels different.

“At this point, it’s just gotten so out of hand. Enough is enough,” Trista Vclek, a former soldier who was stationed at the Goodfellow Air Force Base in Texas in 2011, told Business Insider.

Vclek was 18 years old and new to the base when she was invited to a birthday party in July 2011. “As soon as I got there, I realised there wasn’t really a party going on. It was all men,” she said. “I don’t remember too much, because after I went to the hotel room and had a drink, I believe I was drugged.”

“They forced me to do things I never would have consented too,” she recalled in a Facebook post.

But when the 18-year-old finally built up the courage to report her case to her superiors, she was met with resistance. “I had serious injuries. It was a nightmare. I needed to get help fast but I wasn’t getting it. It was like they didn’t want to help me,” she said.

Several years later, Vclek found out that one of the men who raped her was still in the airforce and serving in a position of leadership. “The civilian population needs to know who they’re saluting and who they’re respecting so much,” Vclek said. 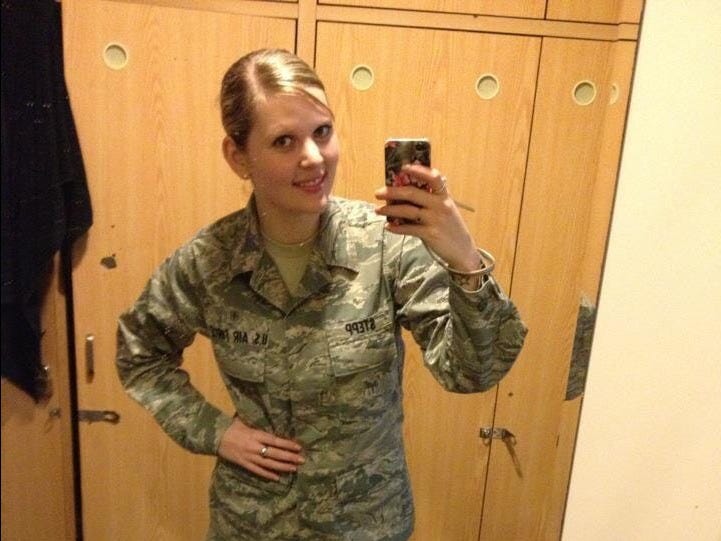 The lack of support internally seems to be a pattern experienced by many women who tried to report their cases.

“They’re just so powerful. Whatever you try to do, they will just try to shut you up,” Maria Perez, who served in the US Navy between 2015 and 2018 and has experienced several incidents of abuse, told Business Insider.

“This is the military. They care about what you can do for them, how you make them look. And the minute you are no longer benefiting them or are making them look bad. They will do anything they can to get rid of you,” she said.

According to a recent report released by the Department of Defence, there were 6,236 sexual assaults recorded in the military in 2019.

“This is a version of the military’s #MeToo,” Martina Chesonis, the director of communications for the Service Women’s Action Network, an advocacy group told the Washington Post. “Women feel empowered in shared experiences, and the hashtag is doing the same thing.”

The military is coming under increasing pressure

The hashtag has since caught the attention of celebrities, lawmakers, and public figures alike, who have called on the military to make changes to its handling of harassment and assault reports.

This includes presumptive Democratic candidate for president Joe Biden who wrote in a July 3 statement: “We owe it to those who put on the uniform, and to their families, to put an end to sexual harassment and assault in the military, and hold perpetrators accountable.”

The public outcry has since prompted the Secretary of the Army, Ryan D. McCarthy, to order an “independent and comprehensive” review of the command climate at Fort Hood.

“We have to listen in order to create enduring change,” McCarthy tweeted on Friday.

I had the opportunity to sit down with @LULAC and Congress to discuss the loss of SPC. Vanessa Guillen. I am directing an independent & comprehensive review of the command climate and culture. We have to listen in order to create enduring change. pic.twitter.com/pMuugTKgWz

Domingo Garcia, the National President of The League of United Latin American Citizens (LULAC) told reporters on Friday that Guillén’s case has “exposed a systematic problem within the Army.”

“When a woman puts on the uniform and agrees to serve our country, and takes that oath, she should be treated equally to the men in the Army,” Garcia said.

“And when they’re not when they’re abused, and their cries for help are not heard, there is a definite problem that we have to deal with.”