Mick Mulvaney said the deep state is ‘100% true,’ and government officials should obey Trump or quit 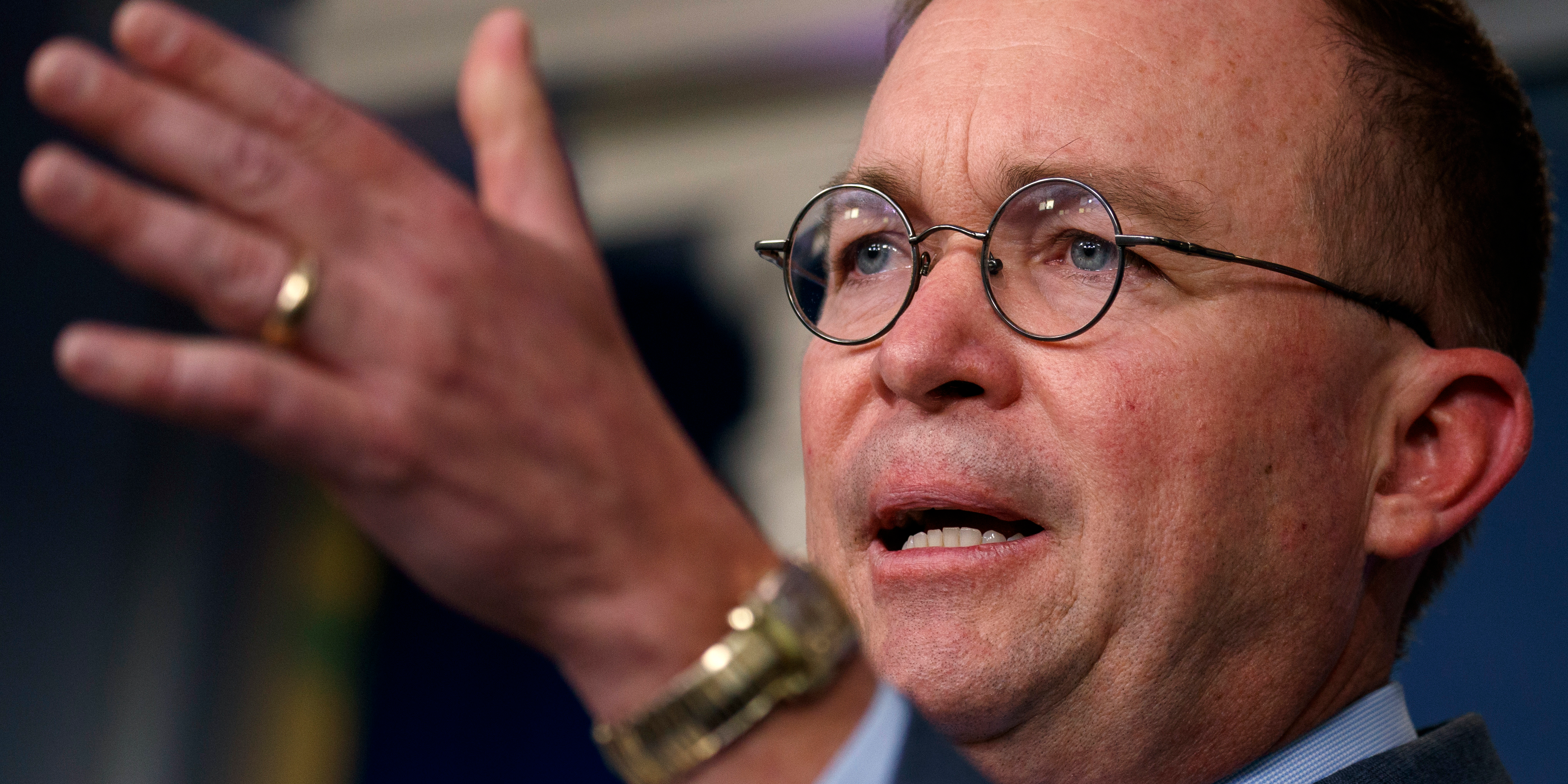 Mulvaney made the unusually candid remarks at the Oxford Union, which hosts events where public figures give talks to students of the elite Oxford University.

When asked about the Trump administration and its policies, Mulvaney veered into an attack on the “deep state,” said Andrew Muir, a student and journalist who was at the talk.

The term “deep state” is commonly used among conspiracy theorists who believe a cabal of intelligence and government officials are secretly trying to undermine the president’s agenda.

Critics say the term is a dog whistle designed to appeal to the president’s most conspiratorial supporters and undermine legitimate resistance to illegal orders from Trump. 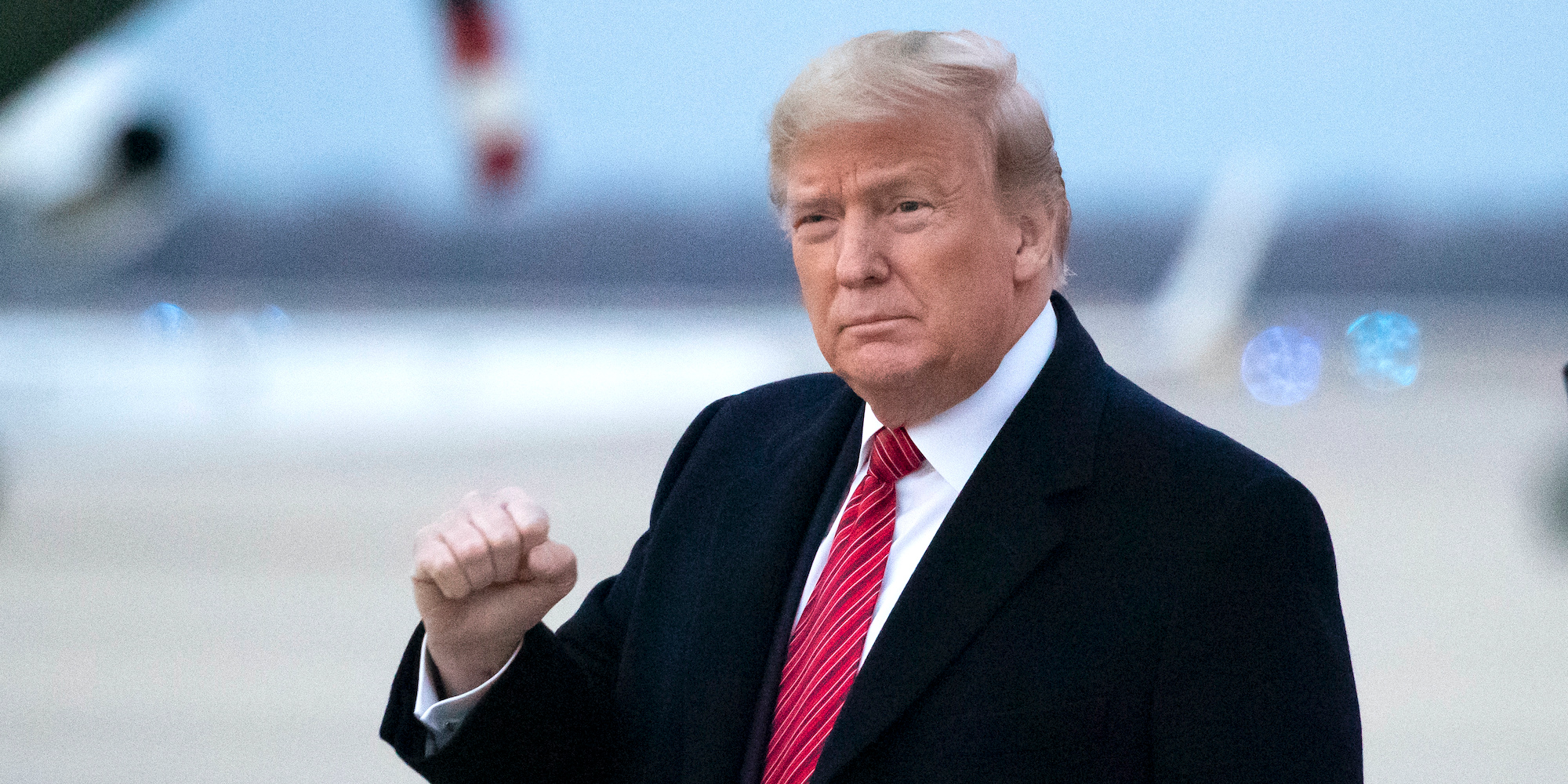 AP Photo/Alex BrandonPresident Donald Trump pumps his fist as he steps off Air Force One as he arrives Sunday, Feb. 16, 2020, at Andrews Air Force Base, Md.

Mulvaney told the audience: “It is quite hard to fire certain individuals, and part of the reason the ‘deep state’ is so prevalent is because senior officials in the administration can’t go out and choose who to hire and fire and he wanted to make that easier,” Muir told Business Insider.

Muir added: “A student [at the talk] said civil servants are there to protect agencies and institutions, and he [Mulvaney] challenged that and said: ‘No, I don’t think that’s their role. They are there to do the work of the current administration and they should be able to the work as effectually under Obama as they do under Trump.'”

Mulvaney stressed, however, that bureaucrats should not obey illegal orders, Muir said.

Mulvaney: “The deep state is real and it’s our job to go out and fix it”

Mulvaney also told the audience that the idea of a “deep state” was “absolutely 100% true,” and it’s our “job to go out and fix it,” according to Muir.

According to The Washington Post, which obtained an audio of the event, Mulvaney said that when he worked as chief of the Consumer Financial Protection Bureau before being appointed to his current White House role, all but ten of his 1,700 employees had voted for Hillary Clinton, Trump’s Democratic rival in 2016.

He also said that bureaucrats who want to make policy instead of following orders “should put their name on the effing ballot and run” for office, according to The Post’s recording.

Security was unusually tight at the event with no microphones, no recordings, and no pictures allowed, and students asked to delete any images they took of him, Muir told Business Insider.

On being able to hire/fire civil servants: purpose of cilil servants is to carry out what admin wants. Wholly rejects idea that civil servants are there to protect agencies/institutions. If they can’t do something they’re asked to do they should quit. Shouldn’t make decisions.

Mulvaney’s comments came in the wake of Trump’s impeachment trial and acquittal earlier this month, which was sparked by a whistleblower complaint by an intelligence official.

During the impeachment investigation a number of government officials, including National Security Council official Alexander Vindman, testified that Trump had requested Ukraine probe his political rival Joe Biden, and alleged that he withheld military aid and political support as leverage.

Trump has since removed Vindman from his job at the White House. He also fired Gordon Sondland, another witness whom he had previously appointed as US Ambassador to the EU, and Vindman’s twin brother.

Trump’s former chief of staff, John Kelly, has since defended Vindman, saying “he did exactly what we teach them to do from cradle to grave … He went and told his boss what he just heard.” 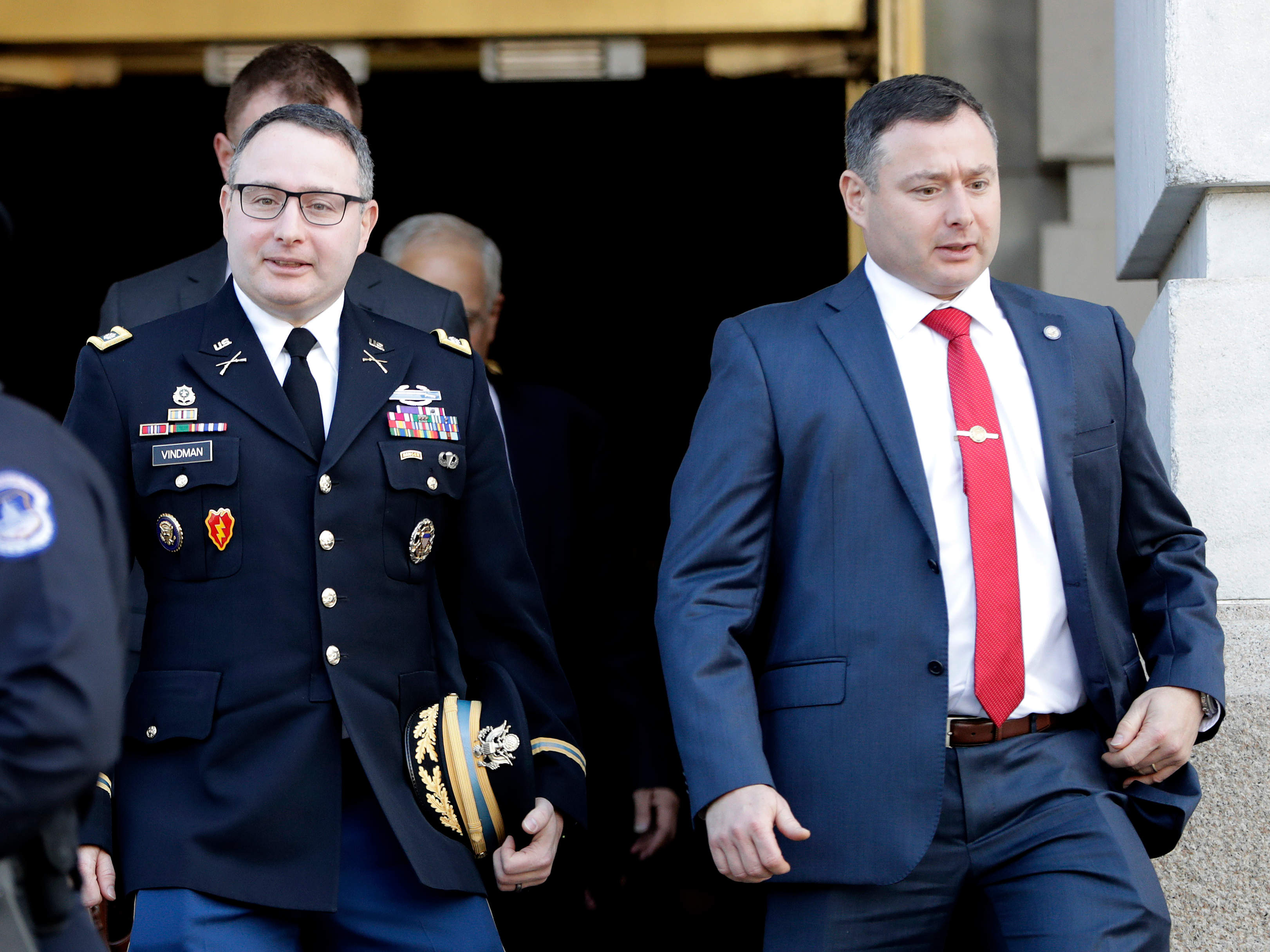 Last October Mulvaney openly admitted that Trump sought a so-called quid-pro-quo deal with Ukraine, and said “there is going to be political influence in foreign policy.”

He made those remarks as Trump, at the time, denied tying military aide to an investigation into Biden. Mulvaney then tried to blame the ensuing controversy about his remarks on media misrepresentation.

In his remarks Wednesday, according to The Post, Mulvaney doubled down on his comments at the press conference, saying he disagreed with the view that “domestic US politics should not have any influence on foreign policy.”

“I wholeheartedly object to that,” he said. “You cannot have this passive resistance within an administration.”

During his Oxford Union speech Mulvaney also said the US was “very much concerned” about the UK’s decision to allow Chinese telecommunications company Huawei to build its 5G network, reigniting threats that the US-UK relationship would be harmed by that decision.