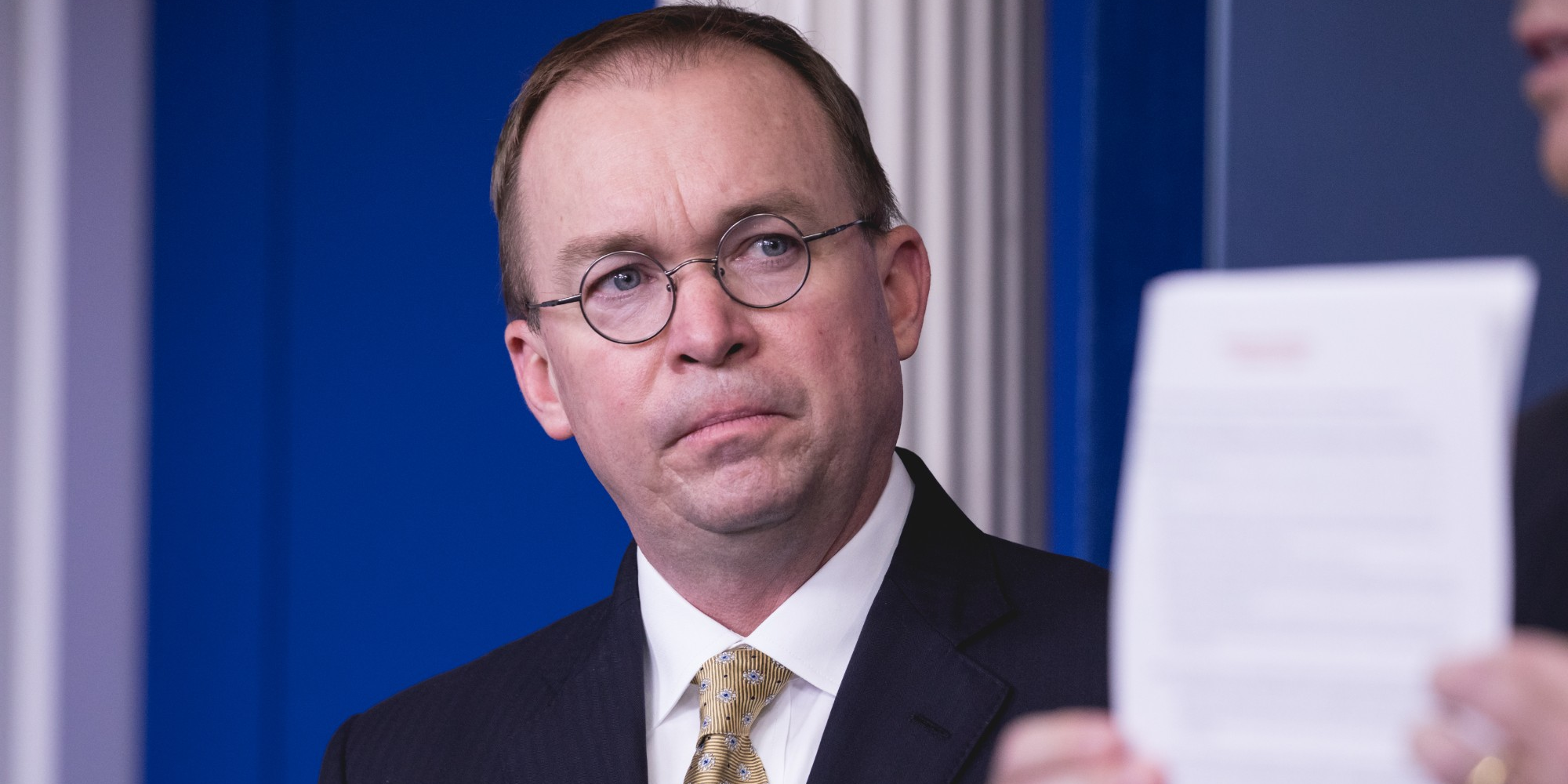 President Trump’s chief of staff Mick Mulvaney admitted Republicans are hypocritical when it comes to shrinking the federal deficit, according to leaked audio that The Washington Post obtained.

Mulvaney, the former head of the Office of Management and Budget, made the striking comments during a speech overseas on Wednesday night, The Post reported.

“My party is very interested in deficits when there is a Democrat in the White House. The worst thing in the whole world is deficits when Barack Obama was the president,” Mulvaney said. “Then Donald Trump became president, and we’re a lot less interested as a party.”

The federal deficit neared $US1 trillion in the last fiscal year, and it has swelled substantially during Trump’s presidency. Mulvaney called that development “extraordinarily disturbing” but said that neither voters nor leaders in both parties cared much about it.

He said Republicans were “evolving” on the matter since Trump took office in 2017.

Here is the federal deficit in the last five fiscal years (Trump years are in bold):

During the Obama presidency, Republicans argued it was critical to curtail the level of federal spending to safeguard the nation’s economic future. And as a House lawmaker from South Carolina, Mulvaney forged an identity as one of Congress’ leading deficit hawks and called for better management of the government’s finances.

“It’s hard to call it a budget if it never really balances,” he said during a House Budget Committee hearing in March 2012. “Is that a plan for the future?”

But the deficit grew under Trump’s watch as a result of the 2017 Republican tax law, which slashed the corporate tax rate and extended temporary benefits for individuals. It’s also surged as a result of rising government spending.

The deficit – which measures the shortfall of government revenues compared to what the government spends – is projected to blow past $US1 trillion this year, according to the Congressional Budget Office.

Few Republicans have called to rein it in. Trump also didn’t mention eliminating the $US23 trillion national debt or shrinking the deficit in his State of the Union speech earlier this month.

The administration’s latest budget plan said it would close the deficit by 2035 instead of the next 10 years, missing a target the GOP has long sought even with steep cuts proposed to safety net programs.