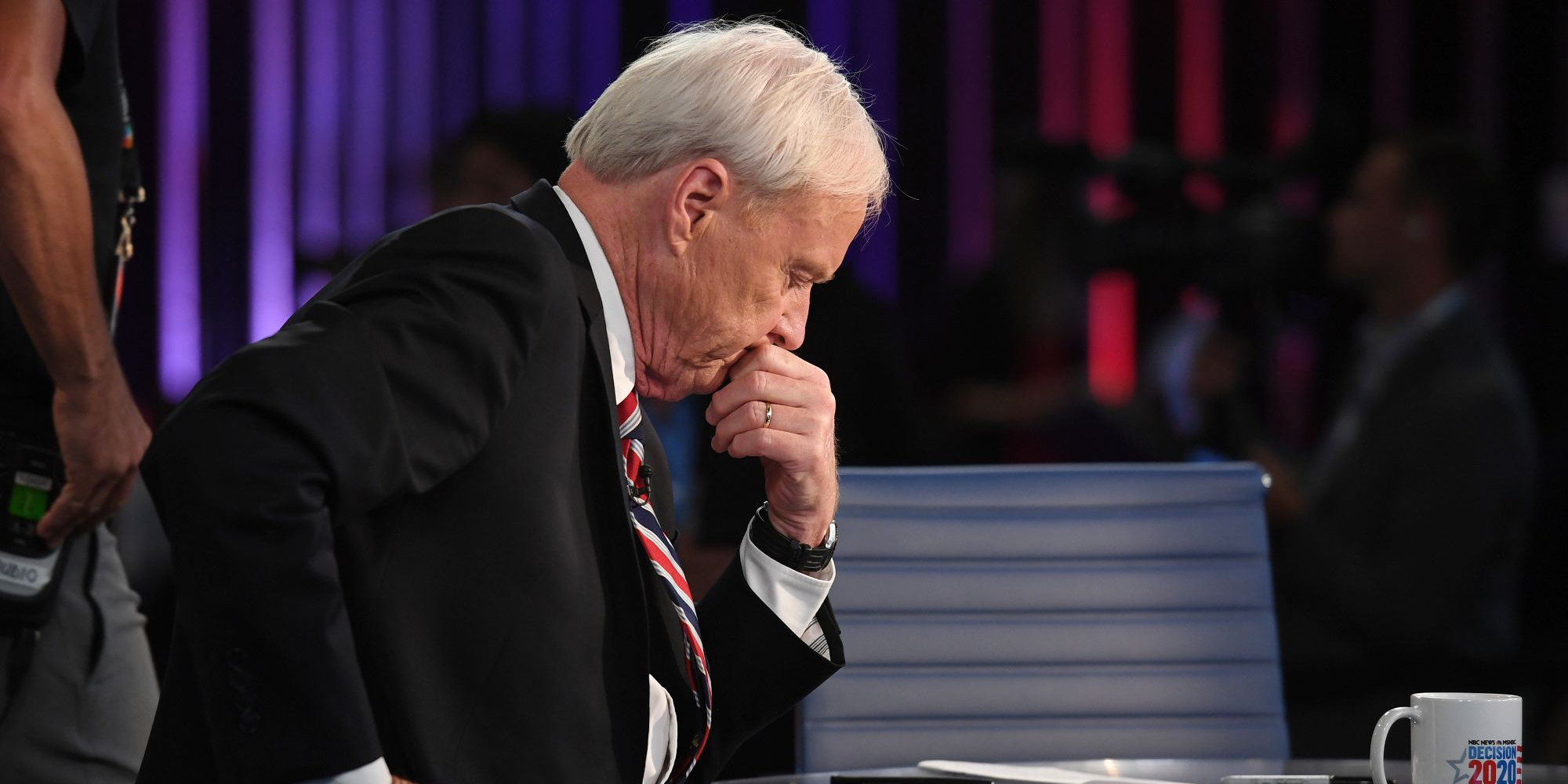 MediaPunch via APMSNBC Commentator Chris Matthews in the spin room during the 2020 Democratic Party presidential debates.

MSNBC anchor Chris Matthews announced that his Monday night program would be his last on the network just days after a female columnist accused him of making inappropriate comments about her appearance and amid criticism of his political punditry.

Laura Bassett, a freelance journalist who covers politics, gender, and culture, accused Matthews last Friday of making suggestive comments to her at least twice in 2016 when she was a guest on his show.

Bassett first wrote about her encounters with Matthews, the host of MSNBC’s “Hardball,” in October 2017 but she didn’t identify him by name.

But last Friday, Bassett published another essay in GQ naming Matthews in the wake of his interview with Sen. Elizabeth Warren of Massachusetts earlier this week, during which Matthews cast doubt on Warren’s allegation that former New York mayor Mike Bloomberg engaged in pregnancy discrimination against his employees.

Bassett said that Matthews repeatedly made objectifying comments about her looks and “inappropriately flirted” with her when she was a guest on his program. In one such incident, Matthews allegedly asked Bassett, “Why haven’t I fallen in love with you yet?”

Matthews apologised for making “compliments on a woman’s appearance that some men, including me, might have once incorrectly thought were O.K.”

He added, “For making such comments in the past, I’m sorry.”

Bassett tweeted shortly after Matthews’ announcement, “All I gotta say is… it’s about time.”

“No, I have more to say than that,” she said in a follow-up tweet. “Since calling out Chris Matthews, this week has been really rough. The harassment has been invasive, cruel and personal. And it’s all worth it if he will never have the platform to demean and objectify us again.”

Matthews has also come under fire recently for critical comments about Sen. Bernie Sanders’ 2020 presidential campaign. During his coverage of the Nevada caucus last month, Matthews compared the 2020 candidate’s landslide win to the Nazi takeover of France during World War II.

Matthews’ comments sparked immediate outrage, the trending hashtag “#FireChrisMatthews,” and backlash from Sanders’ campaign, which has long accused the left-leaning network of bias against it.

The anchor formally apologised to Sanders and his supporters during his Monday program last week.

“Sen. Sanders, I’m sorry for comparing anything from that tragic era in which so many suffered, especially the Jewish people, to an electoral result in which you were the well-deserved winner,” Matthews said at the top of his prime time program.

Correction 3/2/2020: This piece has been corrected throughout to clarify that Matthews was accused of inappropriate comments.