Minneapolis Police union president said he has been involved in three shootings, 'and not one of them has bothered' him 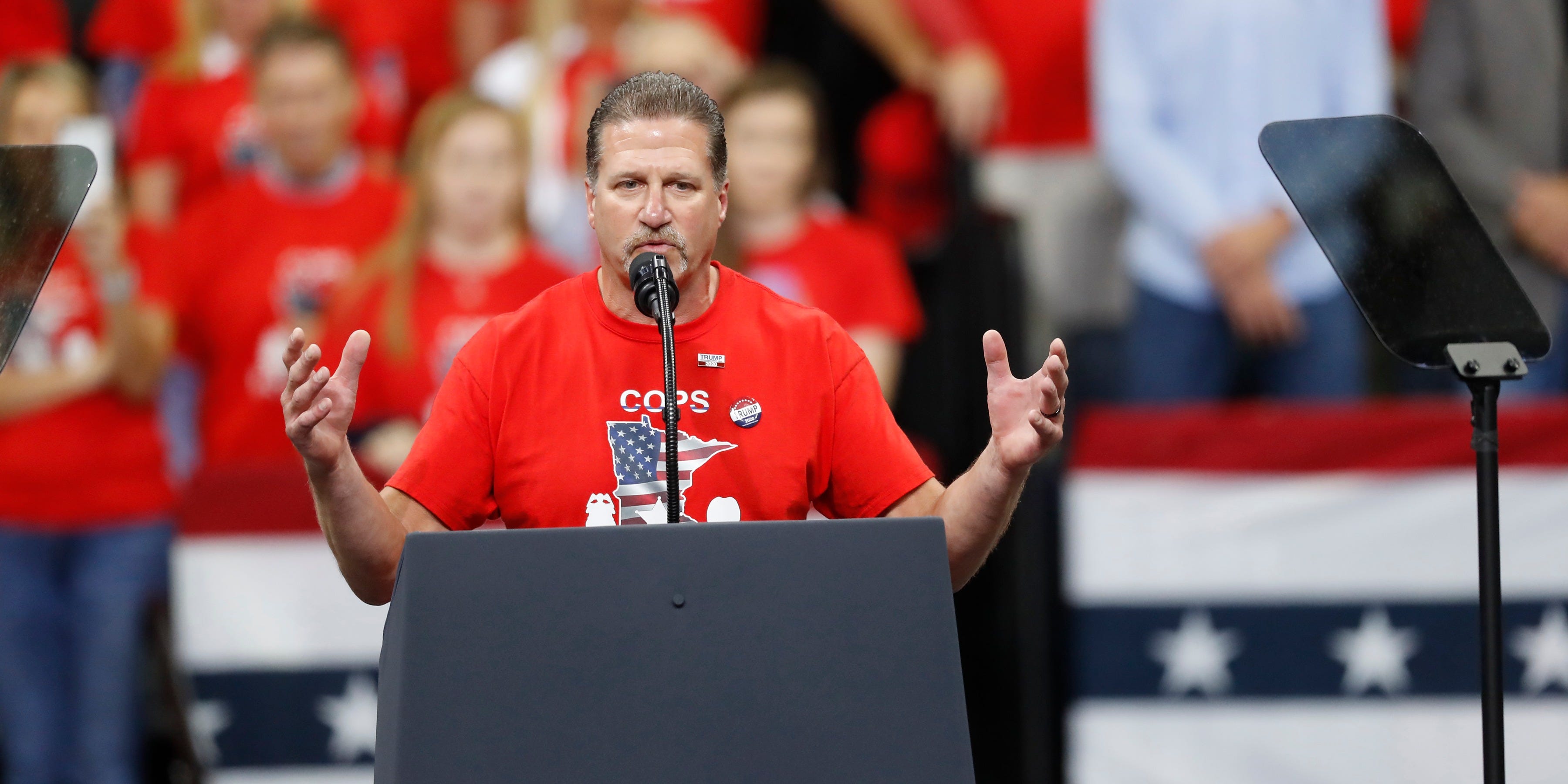 Photo by Richard Tsong-Taatarii/Star Tribune via Getty ImagesLt. Bob Kroll, president of the Police Officers Federation of Minneapolis is a vocal supporter of Trump.

Lt. Bob Kroll, President of Minneapolis’s police union, said he and a majority of board members of the Minneapolis Police Officers’ Federation have been involved in police shootings, in an April interview with STIM Radio host Maxwell Thomas Silverhammer reported on by The Intercept.

“Out of the 10 board members, over half of them have been involved in armed encounters, and several of us multiple. We don’t seem to have problems,” he said. “Certainly getting shot at and shooting people takes a different toll, but if you’re in this job and you’ve seen too much blood and gore and dead people then you’ve signed up for the wrong job.”

These comments were made a mere month before the death of George Floyd, a black man who died after Minneapolis police officers knelt on his neck and pinned him down. Floyd repeatedly said he couldn’t breathe.

Derek Chauvin, the now-former police officer who knelt on Floyd’s neck, had been involved in police shootings and was the subject of 10 complaints against him before kneeling on Floyd’s neck. Chauvin and three other officers were fired after the incident, and Chauvin has been charged with third-degree murder and manslaughter.

Protestors across the US are rallying against police use of excessive force like chokeholds and shootings because of the number of black people who have been killed by officers.

Oftentimes, another result of the high rate of police excessive force in the US is that officers oftentimes develop post-traumatic stress disorder after a shooting. PTSDcan impact critical decision making like when to draw your weapon.

“There’s been a big influx of PTSD,” Kroll said in the interview. “But I’ve been involved in three shootings myself, and not one of them has bothered me. Maybe I’m different.”

Kroll is a controversial figure, an open supporter of President Donald Trump, and who recently called the ongoing protests a “terrorist movement.”

In the April interview, He spoke cavalierly about other police shootings and uses of force. A 2015 report from the Star-Tribune found that he had 20 “internal-affairs complaints during his 26 years on the force, all but three of which were closed without discipline.”

‘I can’t breathe’: 4 Minneapolis police officers were fired following their involvement in a black man’s death after a cop knelt on his neck for 8 minutes