We've now found microplastics on the very highest and lowest points on Earth. Mount Everest is littered with them. 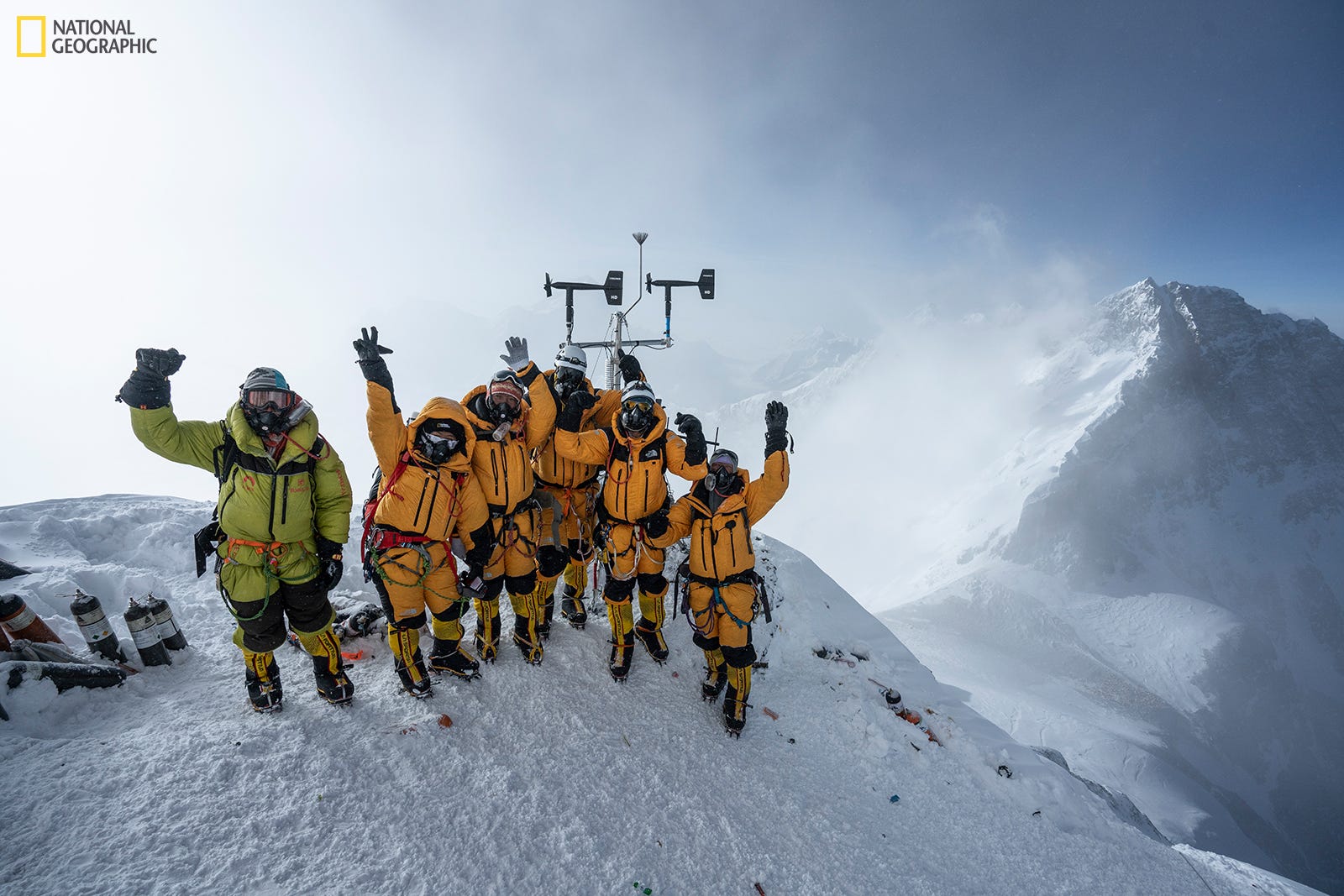 Humans have managed to pollute the highest point on the planet.

Tiny pieces of plastic sit in the snow just below the summit of Mount Everest, at 27,690 feet (8,400 meters) above sea level. These microplastics â€” fragments smaller than a fingernail that never fully breakdown â€” have also been found in human poop, Arctic ice, and the Mariana Trench 36,000 feet deep in the Pacific Ocean.

Imogen Napper, a marine scientist, researches microplastics at the University of Plymouth â€” work that has earned her the nickname “the plastic detective.”

But she never expected her boss to ask whether she’d be interested in analysing snow samples from Mount Everest to search for plastic.

“I honestly thought she was joking,” Napper told Business Insider.

Napper’s study on those samples was published Friday in the journal OneEarth.

“The thing that shocked me was we found microplastics in every single snow sample,” she said, “every one from Base Camp to those taken from just below the summit.” 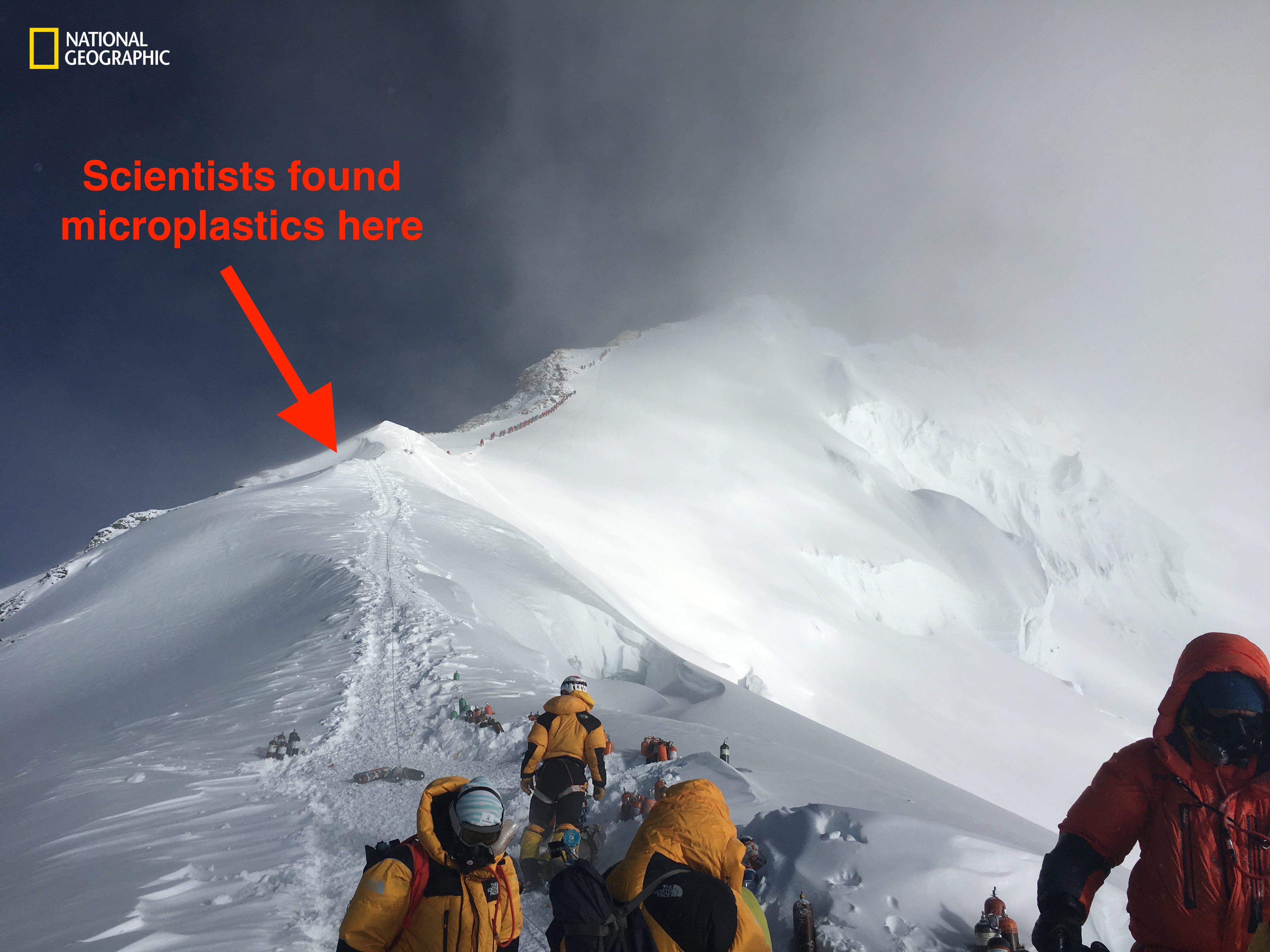 The samples â€” more than a dozen from the mountain’s south side â€” came from the 2019 National Geographic and Rolex Perpetual Planet Everest Expedition, the most comprehensive scientific expedition to Everest in history that explored how climate change impacts the mountain.

“To now know these plastics are in the deepest part of the ocean, on the sea surface, in the soil, and in snow on top of Mount Everest is very eye opening,” Napper said.

It’s no surprise that Mount Everest has a trash problem. The popular South Col route, which winds up the mountain’s Nepalese side, is littered with old tents, fixed ropes, used oxygen bottles, human waste, tins, glass, and paper left behind from expeditions that have been running each spring since 1953.

“Mount Everest has been described as ‘the world’s highest junkyard,'” Napper said in a press release.

But until her research, the mountain’s microplastic problem hadn’t been studied. 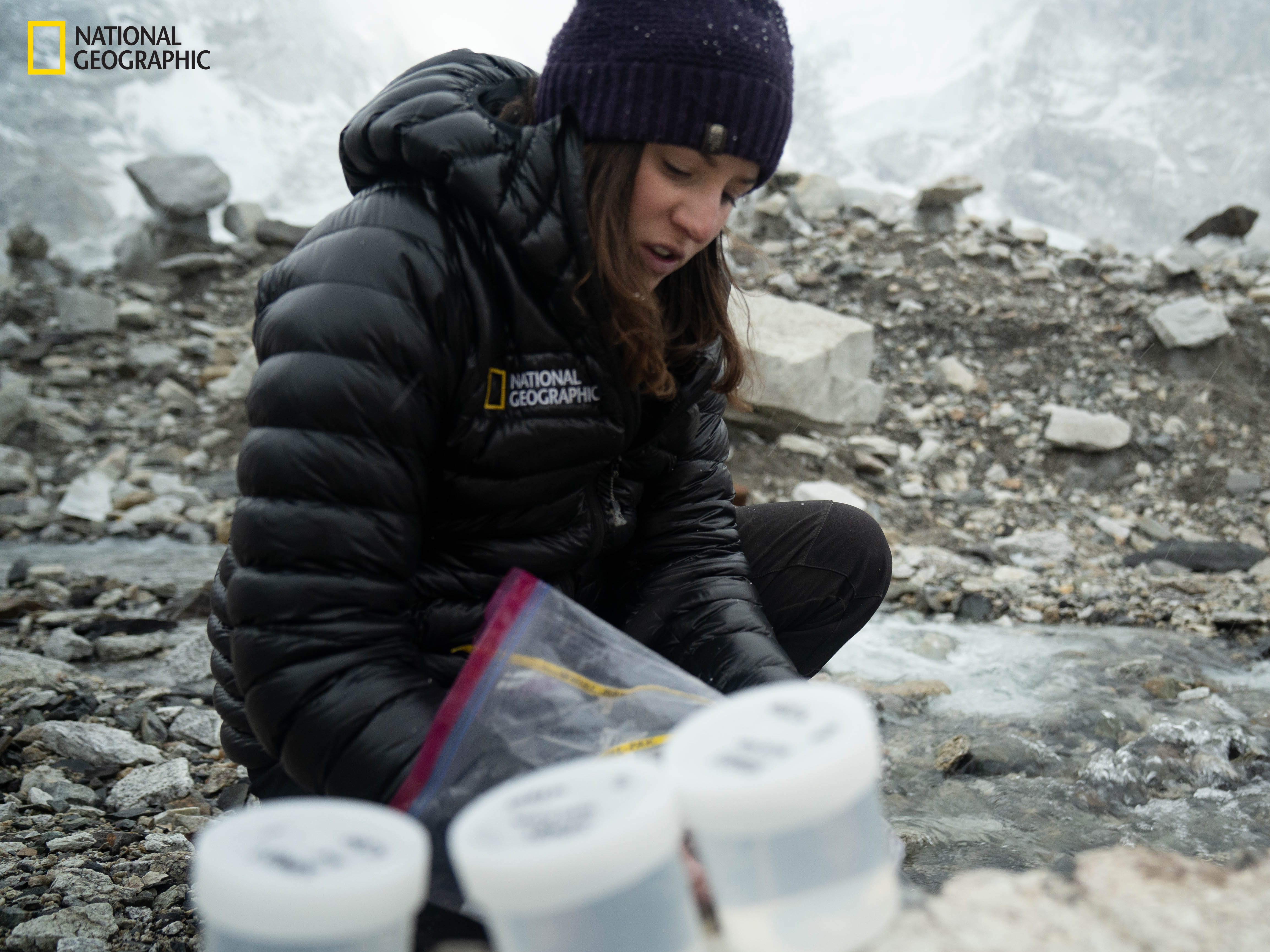 The expedition researchers and climbers sent Napper snow samples from Base Camp at 17,600 feet, along with several points higher up the mountain â€” including the Balcony just below the summit.

“Getting the parcels with all the samples was like Christmas,” she said.

Napper’s team found the highest concentration of microplastics in the samples from around Base Camp, where expeditions spend the most time. That makes sense, she said, since her group concluded the source of the pollution is tiny polyester fibres that come off of climbers’ clothing and equipment.

“Obviously, when you first think of plastic, you think water bottles or bags,” Napper said. “But a majority of the clothes we wear are made of polyester plastic, too.” 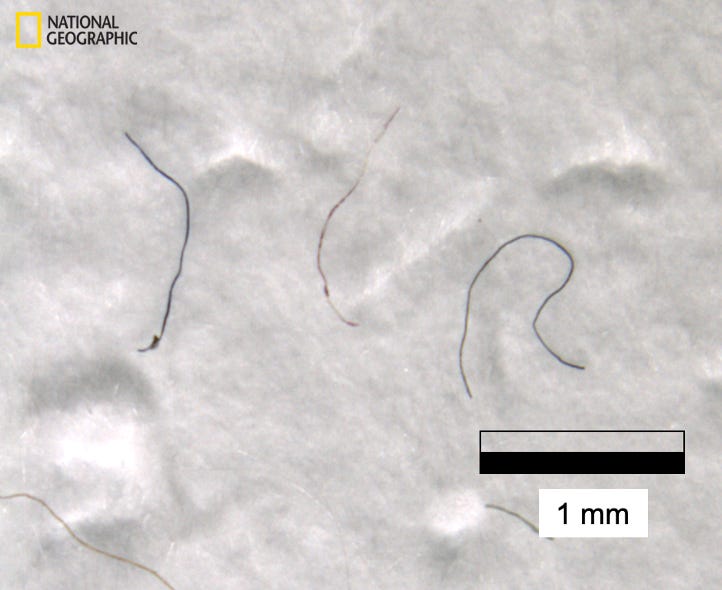 These clothes shed millions of plastic fibres per day, which make their way into the air and environment.

Many tents, ropes, and climbers’ clothes are also made of polyester. The material accounted for 56% of the microplastics Napper found in the Everest samples.

The problem will likely get worse

The number of people who travel to Mount Everest each year is only increasing. The number of annual visitors has jumped from 3,600 to more than 45,000 in the last four decades or so. 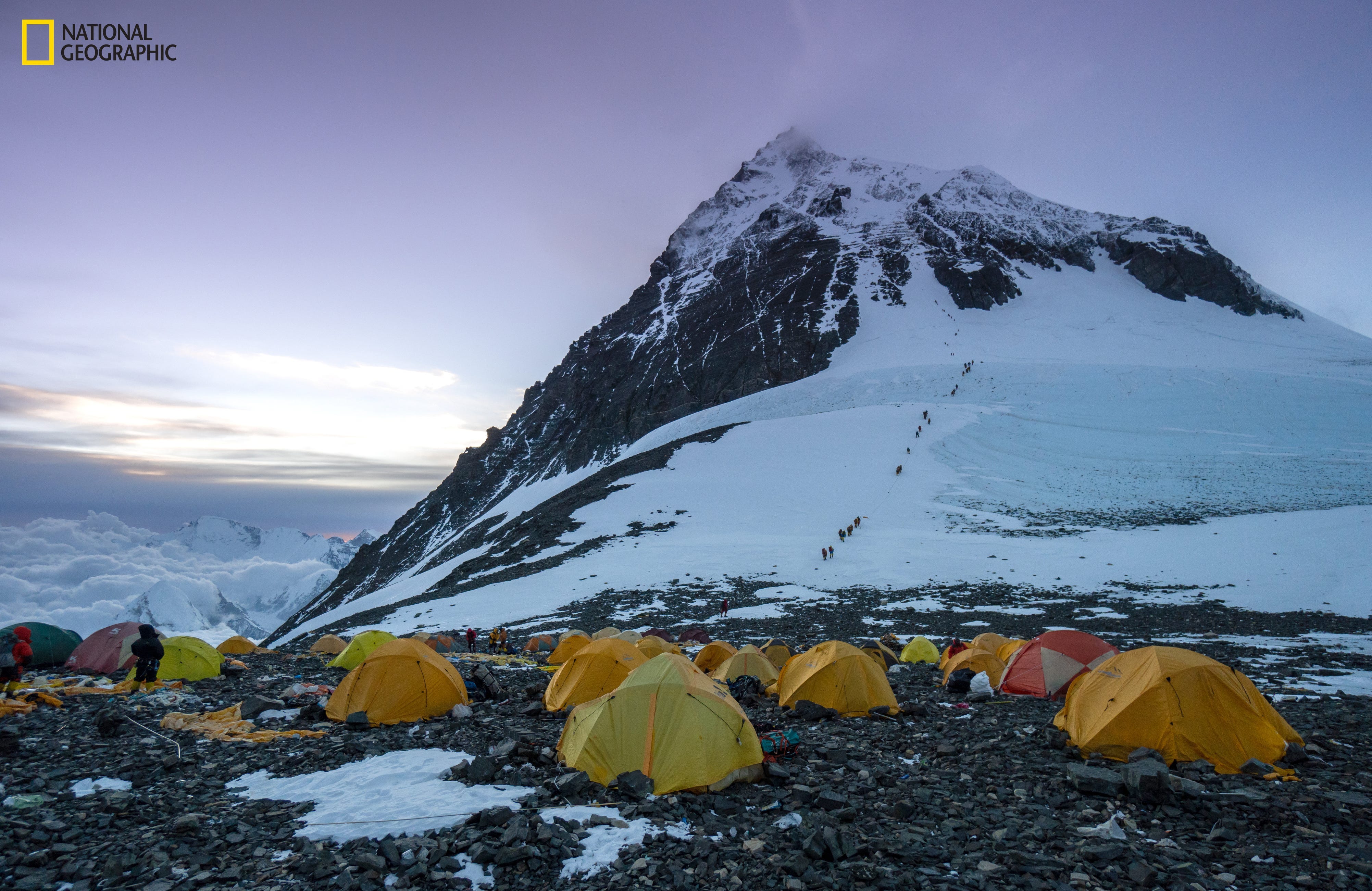 There has been some effort to clean up the rubble, though: The Nepalese Army cleared about 22,000 pounds of trash from Base Camp and the Everest climbing route in 2019. The Nepalese government has also levied fines against littering and banned single-use plastics in the Everest region â€” on and around the base of the mountain â€” but Napper said that’s not enough. 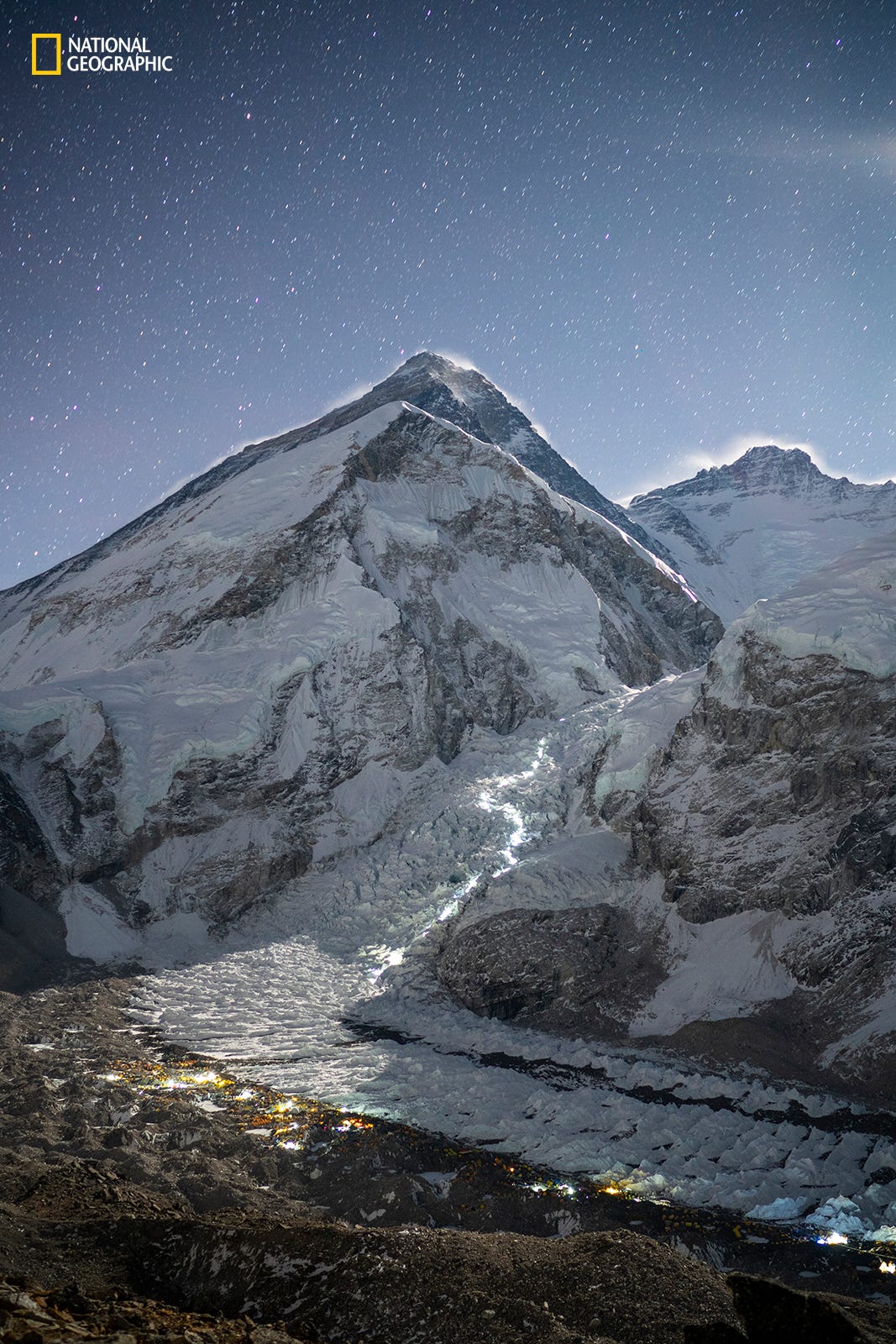 Eric Daft/National GeographicHead lamps illuminate the path for climbers as they move up the Khumbu Icefall above Everest Base Camp.

Clothing and equipment manufacturers should focus on making materials that shed less fibres, she said, and climbers should choose clothes made of natural textiles like cotton and sheep’s wool.

An issue for the land and air

Typically, microplastics are an ocean problem: One study estimated that there’s between 15 and 51 trillion pieces â€” up to 261,000 tons â€” of microplastics in the oceans. Those plastics get consumed by animals in the farthest depths and accumulate on the surface in vast dumps like the Texas-sized Great Pacific Garbage Patch. 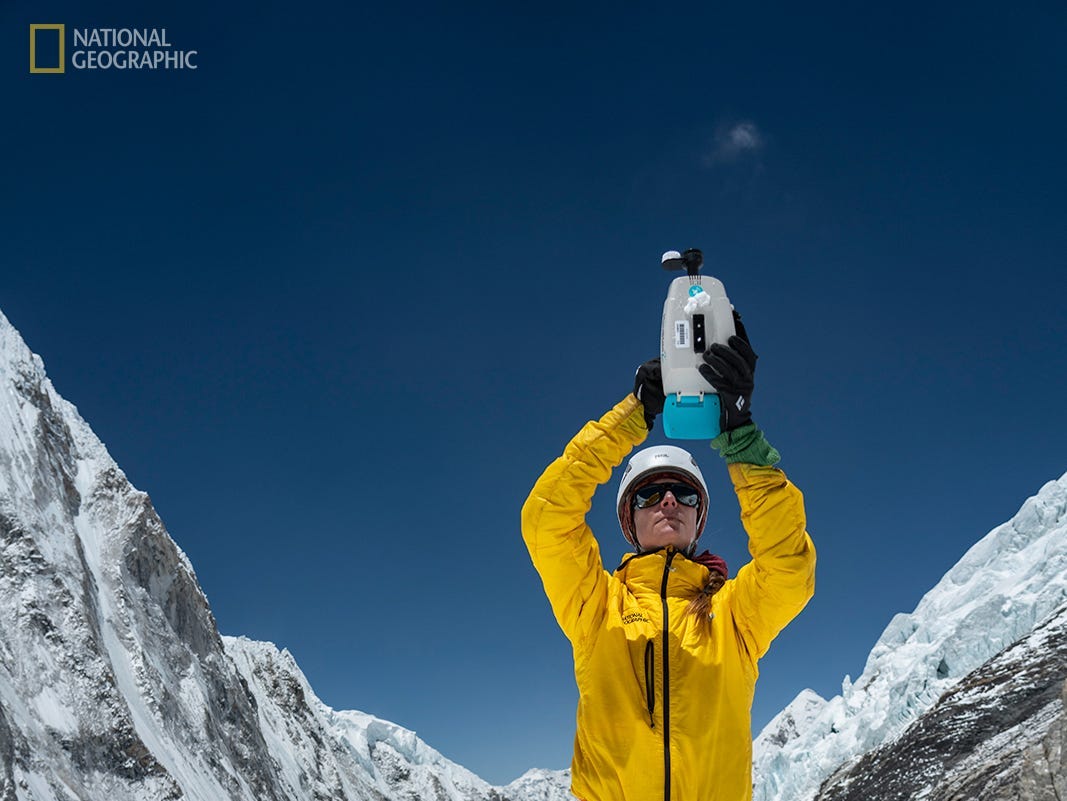 But Napper said her study makes it clear that microplastics are an issue for the land and air, too.

“Microplastics are like plastic dust â€” we breathe them,” she said. “They’re completely ubiquitous and accumulating in the environment at a scary rate.”