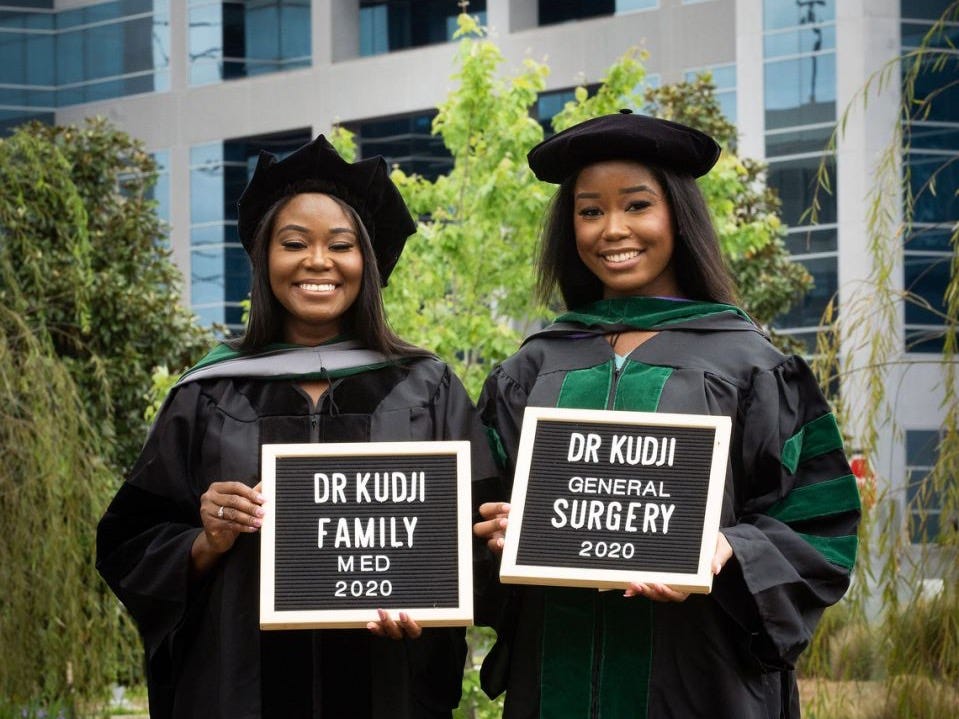 The two will now be continuing their career journeys together as medical residents in the Louisiana State University Health System – Kudji Sylvester at LSU Health Lafayette as a family medicine resident and Kudji as one of 11 incoming surgical residents at LSU Health New Orleans.

For 49-year-old Kudji Sylvester, this dream has been 27 years in the making.

Kudji Sylvester’s family moved from Ghana to Louisiana when she was two-years-old. She told USA Today she was inspired to become a doctor during a visit back to West Africa with her family. When a young woman approached Sylvester and her mother asking them to help her sick child, she was deeply moved.

“I’ve always wanted to be a physician,” Kudji Sylvester told USA Today. “Seeing that disparity really, it shook me, you know, and it made me want to do something about it.”

However, Kudji Sylvester had to pause her dream of becoming a doctor when she became pregnant with her daughter when she was 22-years-old. She instead started out her career as a nursing assistant before she became a registered nurse two years later.

“I had to put my dream of being a physician on hold because I needed a job. I needed to bring in an income. And so that’s where being a nurse came in.”

Kudji grew up seeing her mother in the medical field, inspiring her to pursue a career as a doctor

Kudji grew up visiting her mother in hospitals and watching her work as a nursing assistant.

“Being exposed to patients and being exposed to medicine at such an early age, it wasn’t really something I just decided to do. It’s just something that was always a part of my life, so much of it was just natural,” Kudji told USA Today.

Seeing her mother care for patients inspired her to want to pursue a career in medicine – which she did as she attended LSU New Orleans for her undergraduate degree.

While Kudji was seeing to her undergraduate studies, Kudji Sylvester rekindled her dream to become a physician and enrolled in the University of Medicine and Health Sciences on the eastern Caribbean island of St. Kitts when she was 43-years-old.

“When Jasmine was in college, I was like, you know what, this is the perfect time for me to pursue my dream of being a physician,” Kudji Sylvester told USA Today.

When Kudji graduated undergrad, she Kudji followed suit two years after her mother enrolled in med school by attending the same institution.

“The thing that’s difficult about medical school is that not everyone truly understands what you go through during those four to five years that you’re there. So having my mum be the person who does understand that was great. You’re just able to rely on each other throughout the entire process,” Kudji said.

It’s been 156 years since the first Black American woman earned a medical degree, but representation of Black doctors hasn’t improved much since then 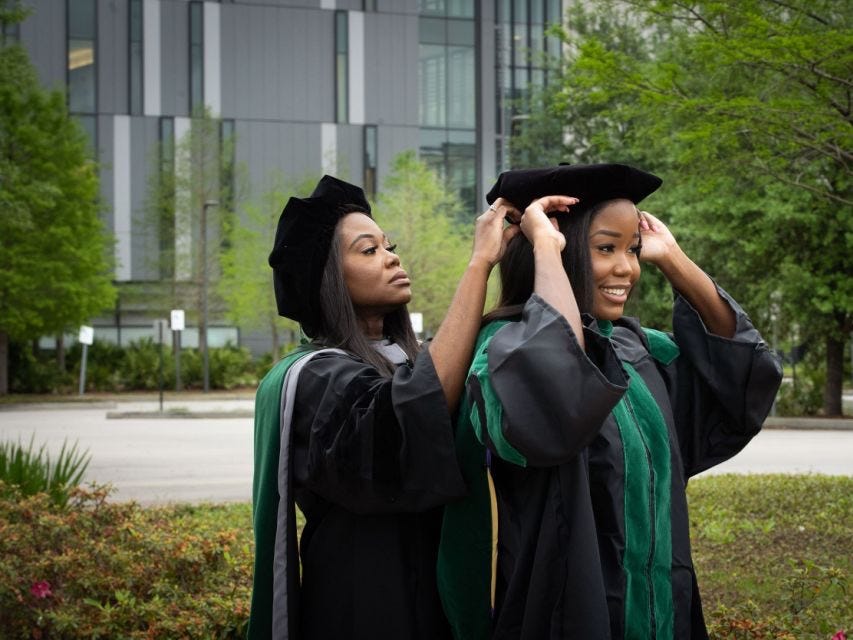 According to the Association of American Medical Doctors, only 5% of doctors identify as Black or African American as of 2019, despite Black Americans making up 13.4% of the US population in 2019 on the US Census.

This disparity inspired Kudji Sylvester and Kudji to create a blog called “The MD Life” to show young Black girls in particular that a medical degree is attainable and inspire them to pursue a career in medicine.

“When you’re young and you don’t see someone that looks like you doing something that you want to do, when you see other people doing it, you kind of start to think well, maybe these people are inherently somehow better than me,” Kudji told USA Today.

“That’s why I think representation matters. It shows young people or even older people that, no, there’s nothing inherently wrong with you, you’re not less intelligent or less capable. You know, you can do it too.”