Every Halloween, you’re probably used to seeing endless TV marathons with the same rotation of movies, shown year in and year out.

But not every flick in this “classic” lineup is all that great … and perhaps there are better spooky movies worth watching this year.

Here are some of the most overrated Halloween movies that should stop airing every October.

Although the film’s name is nearly synonymous with Halloween and its followers swoon over the three witches all year long, “Hocus Pocus” just isn’t all that it’s cracked up to be.

After all, it has a 33% from critics on Rotten Tomatoes.

At the time of its release, USA Today’s critic Susan Wloszczyna wrote, “One should approach ‘Hocus Pocus’ as if it were one of those households that plunk toothbrushes instead of Snickers into your goody bag. Skip it.”

“The Blair Witch Project” may have been scary once, but with each time it runs again on TV for Halloween, it’s less and less impressive.

Even though critics love the movie, audiences seem to be getting tired of it – they gave it just 56% on Rotten Tomatoes.

Although there are some moments that still make us jump in our seats, it’s due to the shock of something happening when we’re least expecting it, not because of horrific content.

As critic Kevin Thomas wrote for the Los Angeles Times, “A clever, entertaining stunt, no more, no less.”

“Saw” may have been innovative when it kicked off the wave of torture films, but despite all the extremes it goes to, it’s simply not worth watching time and time again.

It seems like every movie in the “Saw” franchise has under 50% from critics on Rotten Tomatoes for a reason.

The surprise is all gone, the creativity is no longer a treat to watch, and Jigsaw has become a tired Halloween symbol – all bluster and no substance.

Critic Dennis Harvey summed it up for Variety when he wrote the film was “a crude concoction sewn together from the severed parts of prior horror/serial killer pics.”

It’s time to retire this “spooky” film about a friendly ghost. Based on the critic and audience scores on Rotten Tomatoes,no one really enjoys this movie anymore.

Reviewers have called out the film’s script and dialogue for being too sappy – so maybe this friendly ghost hasn’t aged too well after all.

Ever since the breakout hit “The Blair Witch Project” found-footage films have been a dime a dozen. That doesn’t mean they have all been good, though.

And that certainly hasn’t stopped “Paranormal Activity” from being shown over and over again around Halloween.

Critics seem impressed by the flying objects and supposed demonic presence in the movie, but many feel the flick is lacklustre, to say the least. Audiences don’t like it much, giving the film just 57% on Rotten Tomatoes.

Perhaps you’re better off stepping aboard the titular ride at Disney instead of watching “The Haunted Mansion.”

The movie, which stars Eddie Murphy, has been totally ripped apart by audiences and critics, who’ve called it “tame” and “disappointing.”

Perhaps production companies should produce more family-friendly Halloween movies so we can swap out this one. 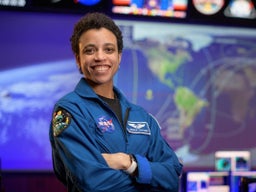