15 of the most expensive celebrity homes ever purchased Jamie McCarthy/Getty Images/Google MapsTaylor Swift’s historic mansion in California is reportedly worth around $US30 million.

While some celebs are veritable real estate moguls who invest their ample funds into a plethora of realty, others may just own one, incredibly expensive property.

Oprah Winfrey, Ellen DeGeneres, and BeyoncÃ© are just a few big names with even bigger estates.

Keep scrolling to see just how much money some celebs are willing to drop on a single place.

Bill Gates’ home in Medina, Washington, is worth at least $US127 million today. 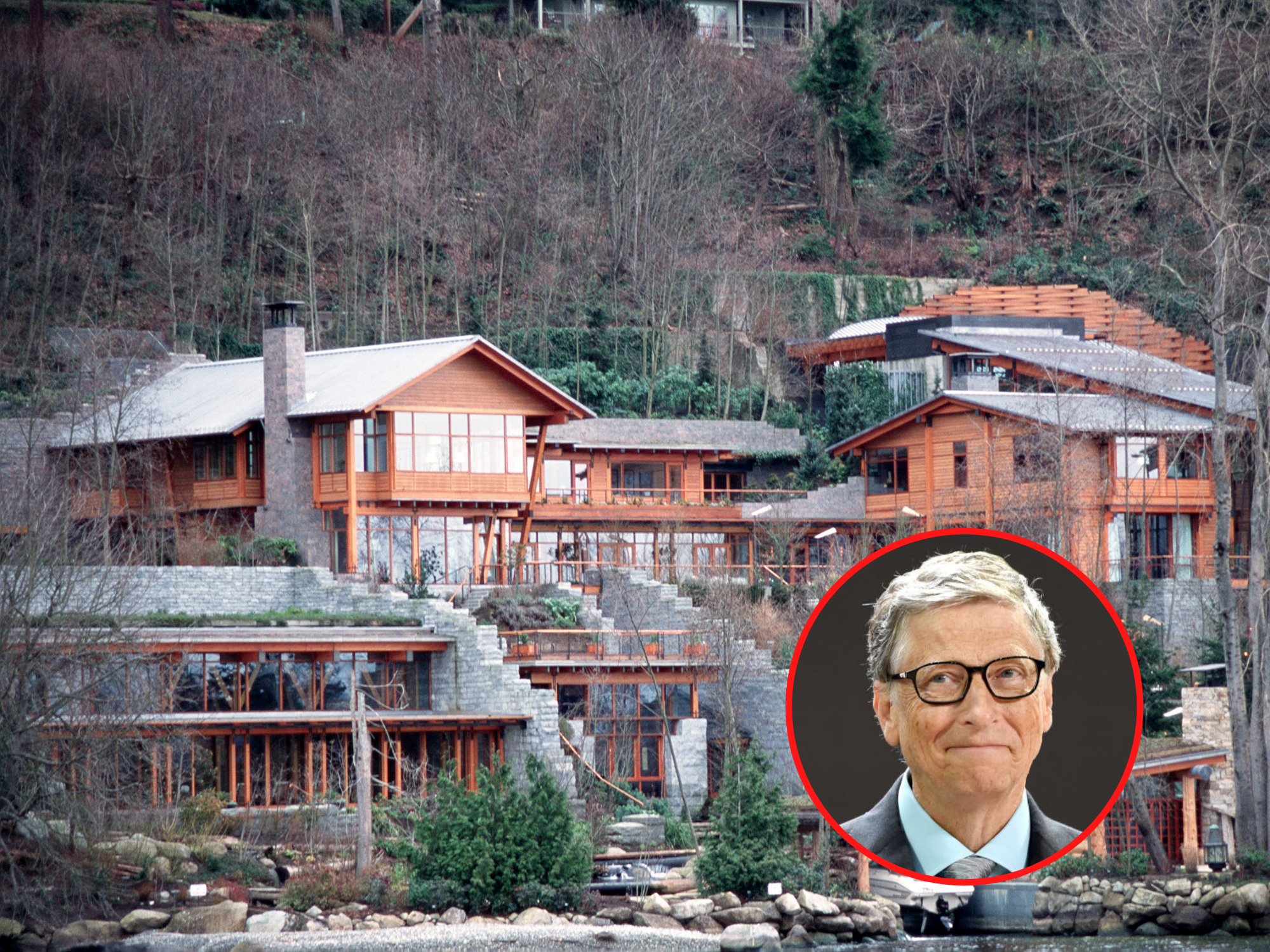 Bill Gates purchased the property for $US2 million in 1988. However, a lot of work has gone into the technologically advanced home.

It took Gates seven years and $US63 million to finish the estate,nicknamed “Xanadu 2.0.” The mansion reportedly has 7 bedrooms and 18.75 bathrooms, plus a 60-foot pool, trampoline room, sauna, steam room, and separate men’s and women’s locker rooms.

Oprah Winfrey has a 65-acre estate in California estimated to be worth almost $US100 million. Oprah Winfrey has a whole 65 acres all to herself at her estate in Montecito, California, which is known as the “Promised Land.”

While she purchased the 23,000-square-foot mansion for $US50 million in 2001, today it’s estimated to be worth almost twice that, thanks to the addition of more land and lavish renovations.

The expansive mansion has six bedrooms, 14 bathrooms, 10 fireplaces, two theatres (one inside and one outside), a wine cellar, a barn, ponds and orchards, a tennis court, a lake, and a huge guesthouse with a pool. There is also a tea house, because why not? Hefner, who passed away in 2017, bought it for only $US1.1 million in 1971, but sold it for $US100 million in 2016. Despite that being about half of his asking price, at the time it was the largest residential real estate deal in Los Angeles history.

Beyoncé and Jay-Z bought a Los Angeles pad that cost $US88 million. 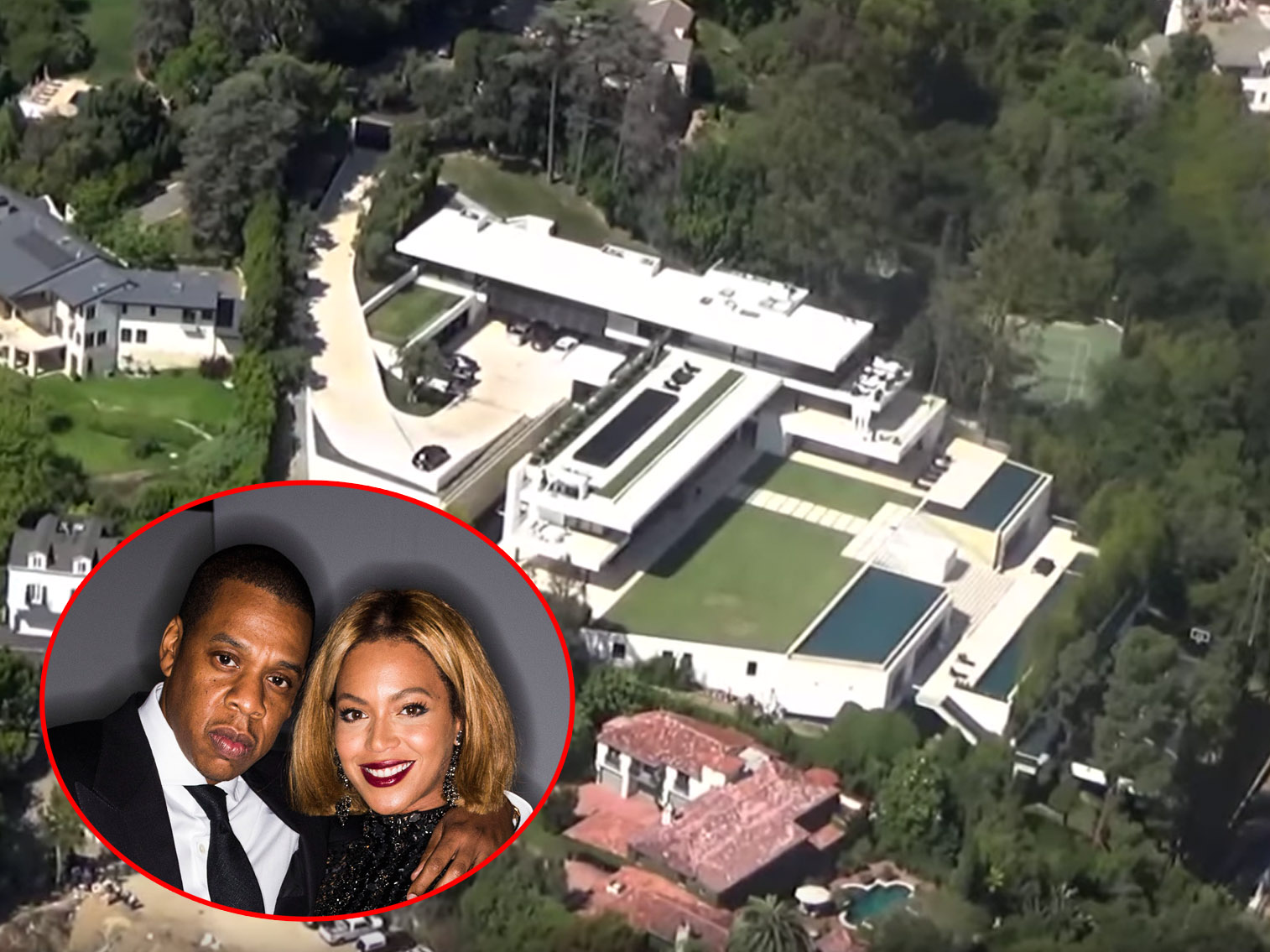 The power couple, whose combined worth Forbes put at $US1.26 billion in 2019, purchased a modern mansion in Bel Air for around $US88 million, which includes a full spa, a media room, and four outdoor swimming pools. The property also includes a basketball court, a 15-car garage, and staff housing.

Brad Pitt and Angelina Jolie paid around $US67 million for a chateau in the south of France. This French chateau, called Chateau Miraval, was purchased by the then-couple in 2008 for about $US67 million. In 2014 it became the location of their wedding, which took place in the remains of a Romanesque chapel on the property. The property also includes forests, olive groves, a private lake, fountains, a vineyard, and a moat.

The estate is made up of 1,200 acres, with multiple structures that were built in the 17th century. The main house alone boasts 35 rooms.

The couple, who announced they were splitting in 2016, are reportedly fighting over who gets it in their divorce.

Kim Kardashian and Kanye West’s mansion cost $US20 million but is now reportedly worth $US60 million after extensive renovations. 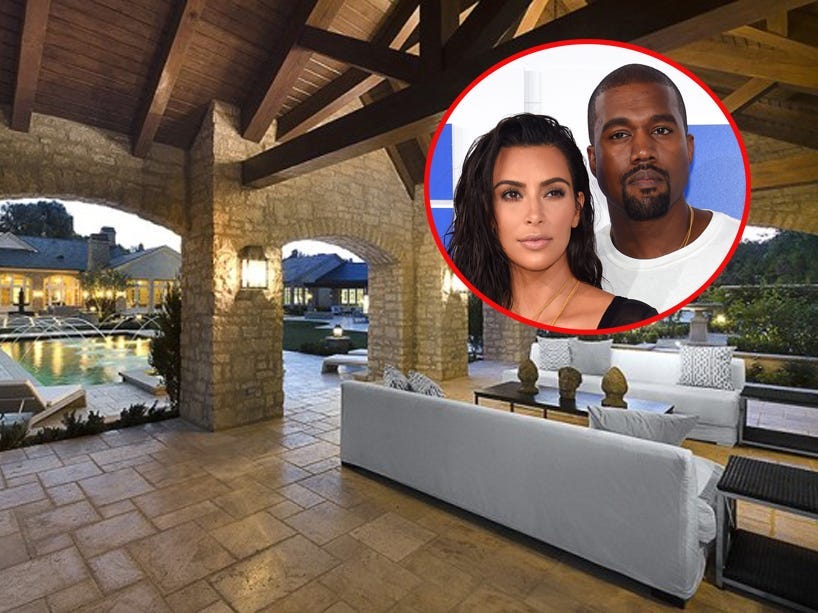 The 3-acre, eight-bedroom property includes eight fireplaces, two pools, a vineyard, a full music lab, and, of course, lots of closet space. The home is famous for its minimalist, cream-coloured design that West said is inspired by a Belgian monastery.

The estate is now said to be valued at $US60 million.

Tom Cruise has a home in Telluride, Colorado, that was listed for $US59 million. 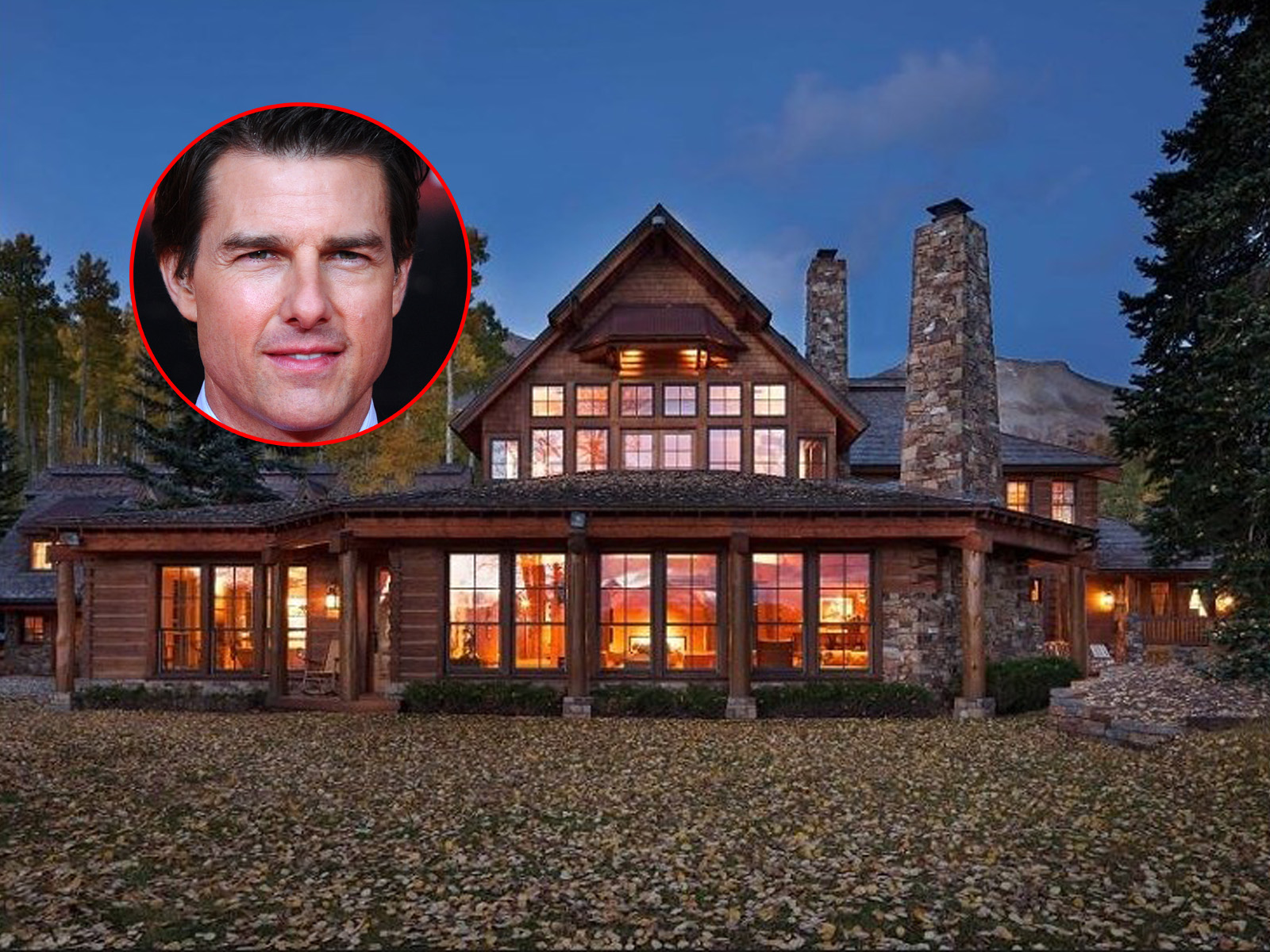 Tom Cruise’s Telluride, Colorado, home spans a whopping 298 acres and includes forest trails, sprawling hills, and horse stables. It also has its own private helipad, without which Cruise’s hundreds of acres of land would most likely be impossible to navigate.

The 10,000-square-foot home has seven bedrooms and nine bathrooms, a custom library, a rec room, and a separate guest house.

He listed the home for $US59 million in 2014, but took it off the market after two years.

Tiger Woods’ Florida estate is reportedly worth $US54 million. 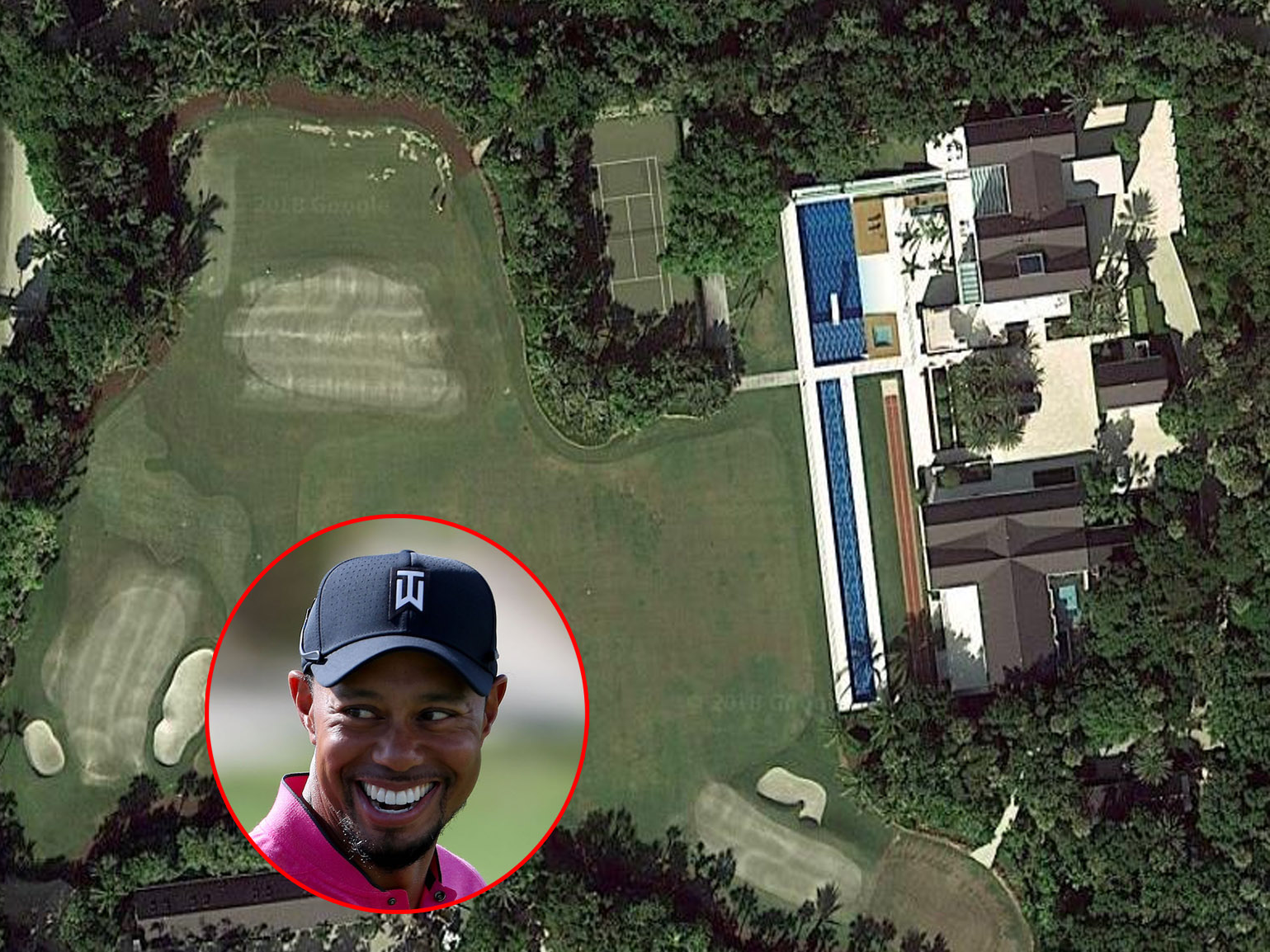 Tiger Woods’ estate in Florida is on Jupiter Island, which boasts one of the wealthiest zip codes in the country. Naturally, the 12-acre property comes with its own 3.5-acre golf course, as well as a tennis court, oxygen therapy room, full gym, wine cellar, game room, media room, and two boat docks.

While he shelled out about $US44.4 million for the estate, he reportedly invested another $US15 million in renovations. 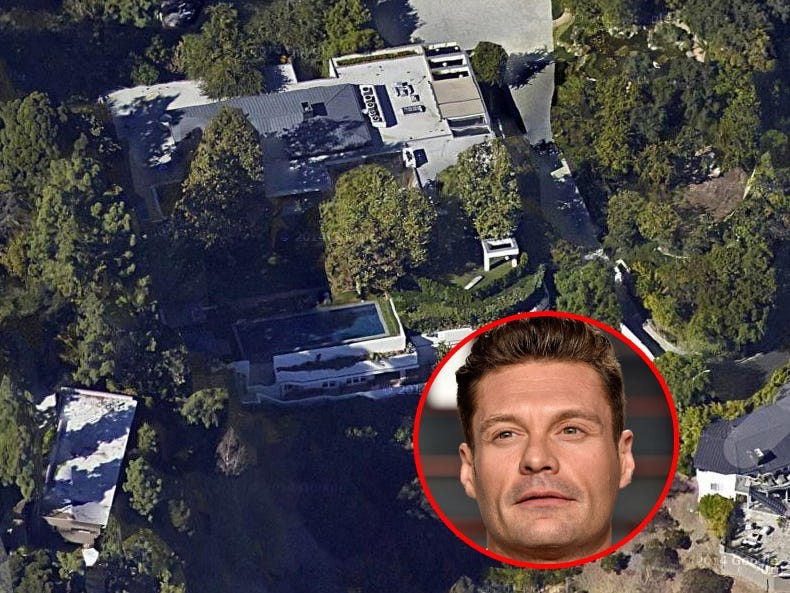 Ryan Seacrest bought his Hollywood Hills home from fellow celebrity Ellen DeGeneres for around $US49 million. The nine-bedroom property features a 9,200-square-foot main residence, a pool, and separate guesthouses. DeGeneres had put together the compound by buying up and combining neighbouring properties. 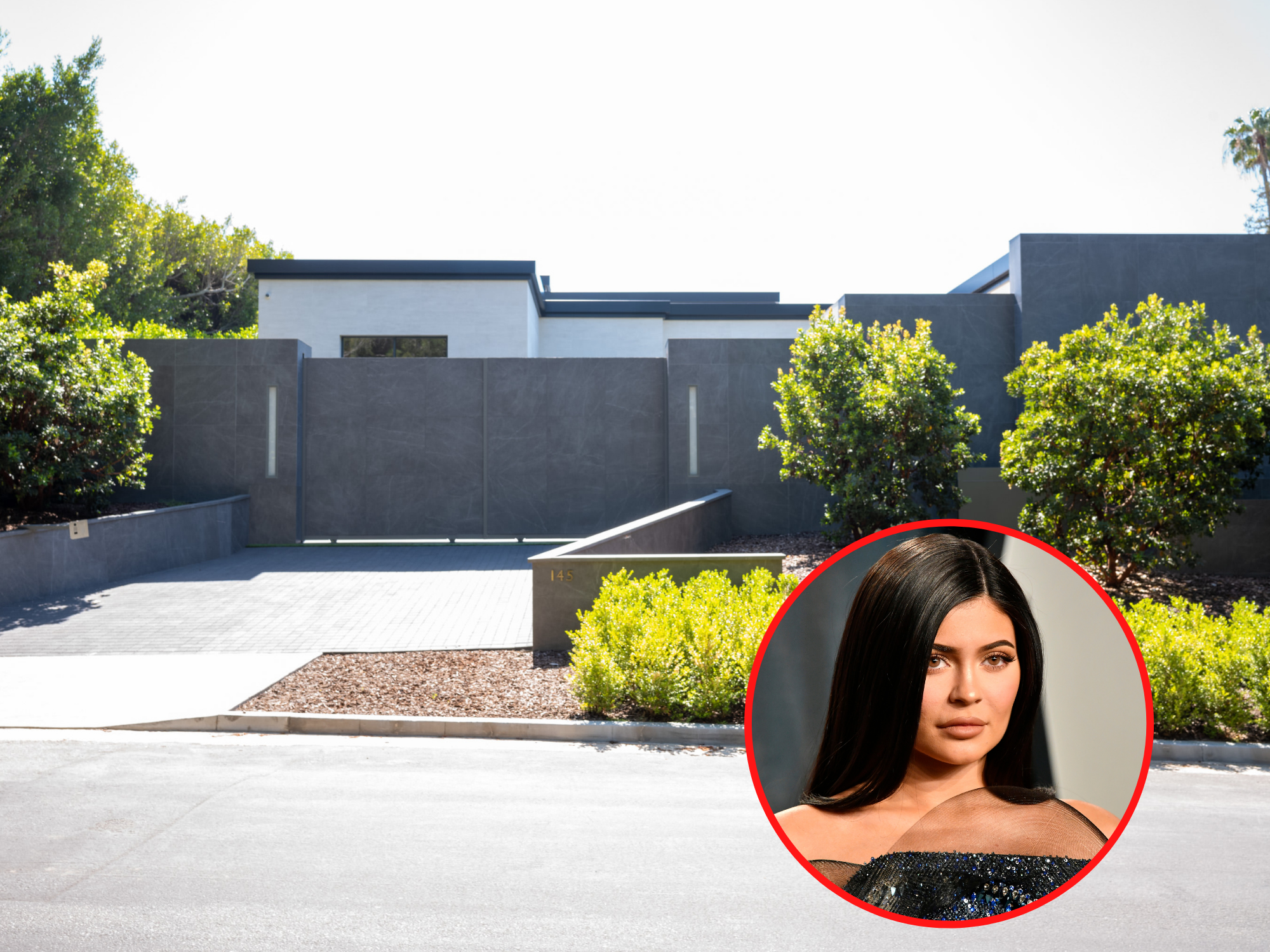 The secluded home is located in the exclusive Holmby Hills area and boasts 19,250 square feet, seven bedrooms, 14 baths, bars and game rooms, and a luxurious pool. The property also includes a dedicated guard house for security, complete with a full bath and kitchen.

Gwen Stefani spent $US35 million on her Hollywood Hills home but sold it for $US21.65 million last year. 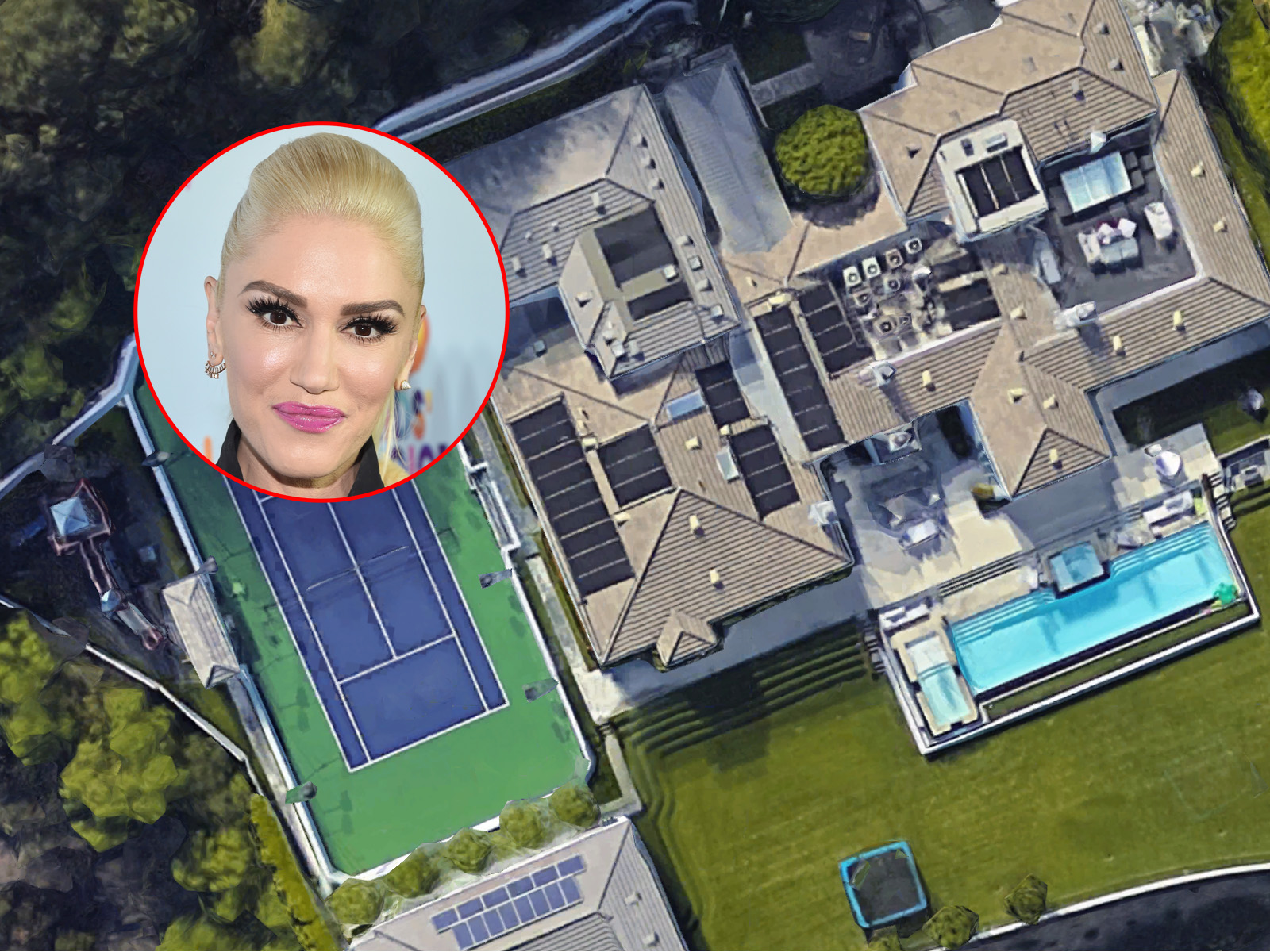 Gwen Stefani spent $US35 million on her Hollywood Hills spot, known as “The Summit,” which has seven bedrooms and 11 bathrooms. Jennifer Lopez even lived there from 2000 to 2004. The place also includes an infinity pool, playground, a tennis court, and a chicken coop. 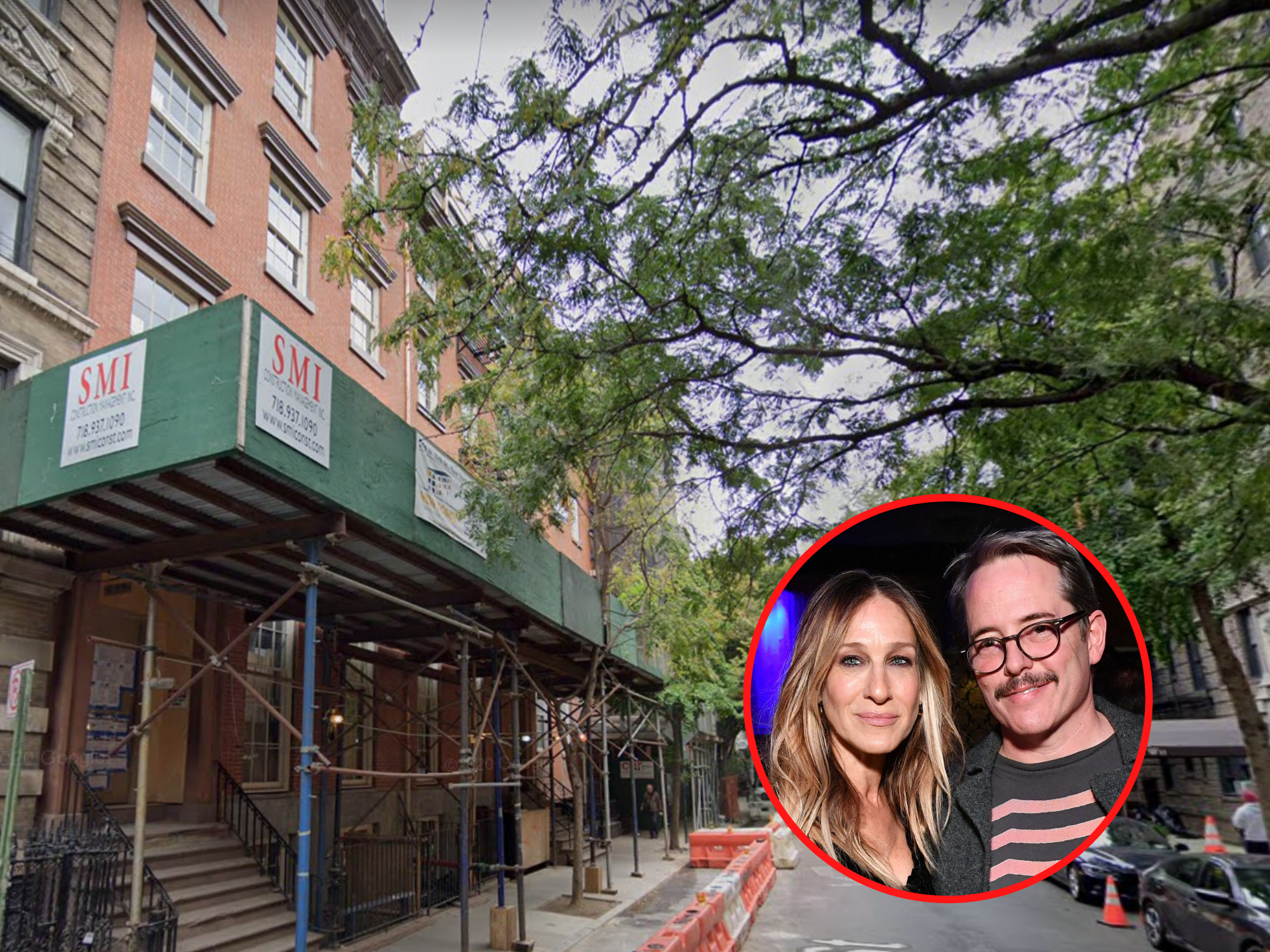 The couple was reportedly granted permits in 2017 for interior demolition on the two properties, indicating that Parker and Broderick are planning to combine them into one megamansion.

The couple is also reported to be quietly selling their $US19 million West Village townhouse through a “whisper” or “pocket” listing, meaning it’s not officially on the market for outside buyers.

Taylor Swift purchased a circa-1934 mansion in September 2015. It’s now worth approximately $US30 million.

The 10,982-square-foot Georgian Revival estate was approved for landmark status in 2017 and has seven bedrooms, 10 baths, wood-burning fireplaces, and plenty of other era-specific details. The mansion was originally owned by Samuel Goldwyn – AKA, the “G” in MGM Studios – and hosted Old Hollywood stars like Marlene Dietrich, Charlie Chaplin, and Clark Cable.

The home is the most expensive one in Swift’s impressive real estate portfolio.

Lady Gaga snagged a California mansion that cost around $US23 million. Lady Gaga bought a mansion in Malibu that cost around $US23 million in 2014. The 6-acre estate, which Gaga calls her “gypsy palace,” has ocean views, a gym, a two-lane bowling alley, a home theatre, game room, and an 800-bottle wine cellar.

It also boasts stables and a dressage ring, a saltwater swimming pool, a guest cottage, and a bocce ball court.

Jennifer Lopez paid $US28 million for her Bel Air mansion in 2016. 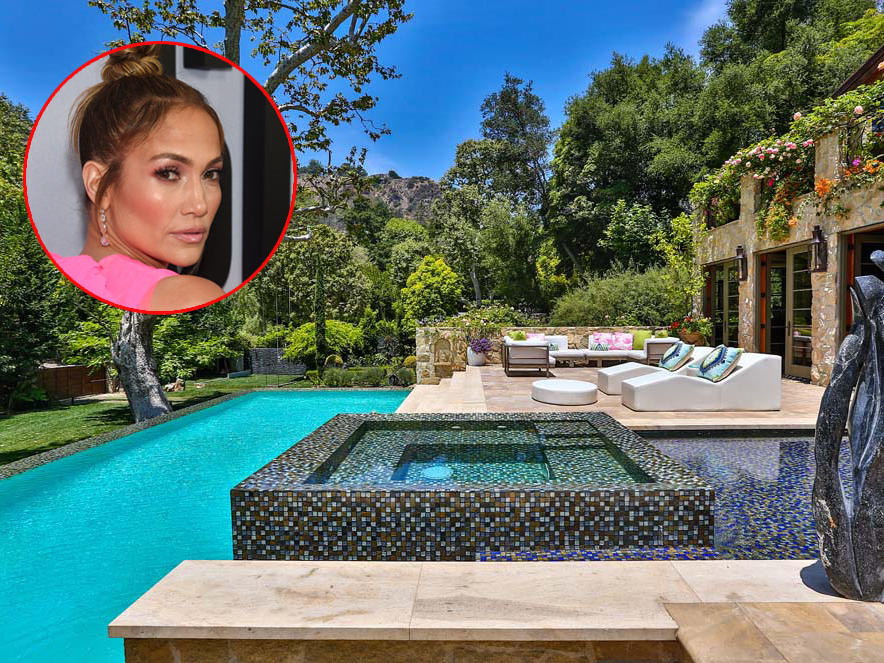 The “World of Dance” judge purchased the 8-acre estate from actress Sela Ward, who bought the property in 2003 for only $US3.8 million, according to the LA Times. The property had a price tag of nearly $US40 million while on the market.

The nearly 14,000-square foot mansion was built in 1940 by famed architect Samuel Marx. It includes 13 bathrooms, seven bedrooms, a 30-seat theatre, and even a manmade swimming pond with a beach.