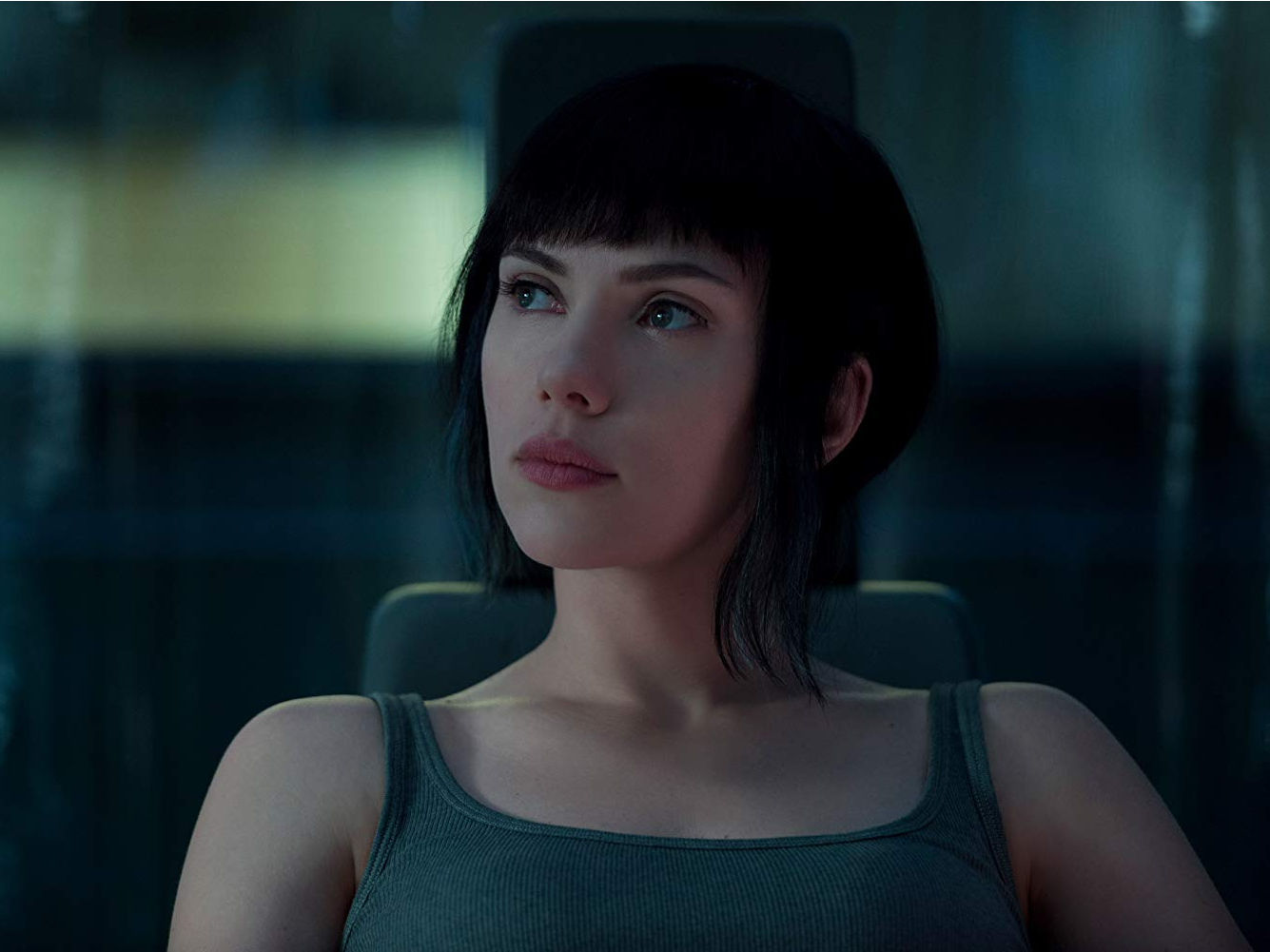 Paramount PicturesThe casting of Scarlett Johansson in the Japanese manga-turned-movie ‘Ghost in the Shell’ was widely criticised.

Sometimes casting decisions can cause movies to face backlash from audiences.

Many of these casting controversies typically have to do with whitewashing, when an actor is cast for a historically non-white role, as well as casting cisgender actors for transgender roles.

Here are 10 other times controversial casting decisions have received backlash from audiences.

Casting decisions in the live-action adaptation of “Ghost in the Shell” (2017) led to accusations of whitewashing. 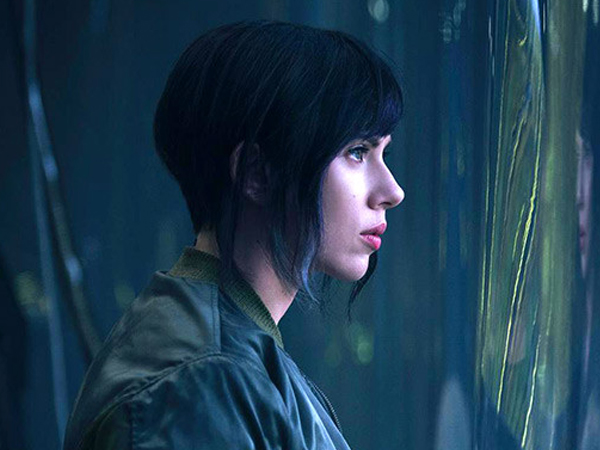 Paramount‘Ghost in the Shell’ is based on a Japanese manga.

When news broke that Scarlett Johansson would be starring in the live-action film adaptation of Japanese manga “Ghost in the Shell,” many were immediately displeased and some accused the film of whitewashing.

A petition was even created, calling for DreamWorks to recast the main character with a Japanese actress, but Johansson ultimately fulfilled the role.

Of her being cast, Johansson told Marie Claire, “I certainly would never presume to play another race of a person. Diversity is important in Hollywood, and I would never want to feel like I was playing a character that was offensive. Also, having a franchise with a female protagonist driving it is such a rare opportunity.”

This isn’t the only time Johansson’s casting has stirred up controversy.

In 2018, she was set to play a transgender character in the film “Rub & Tug.” She was accused of giving a “tone-deaf response” to the backlash and she later dropped out of the film.

In 2019, Johansson spoke out about her belief that she should be able to play whatever or whoever she’d like because of her job.

“As an actor I should be allowed to play any person, or any tree, or any animal because that is my job and the requirements of my job,” she said in an interview with As If magazine.

Many were not pleased with her statement, calling her reaction “tone-deaf” and “disappointing.”

In a later statement provided to Insider, Johansson said her interview was “edited for click bait and is widely taken out of context.” 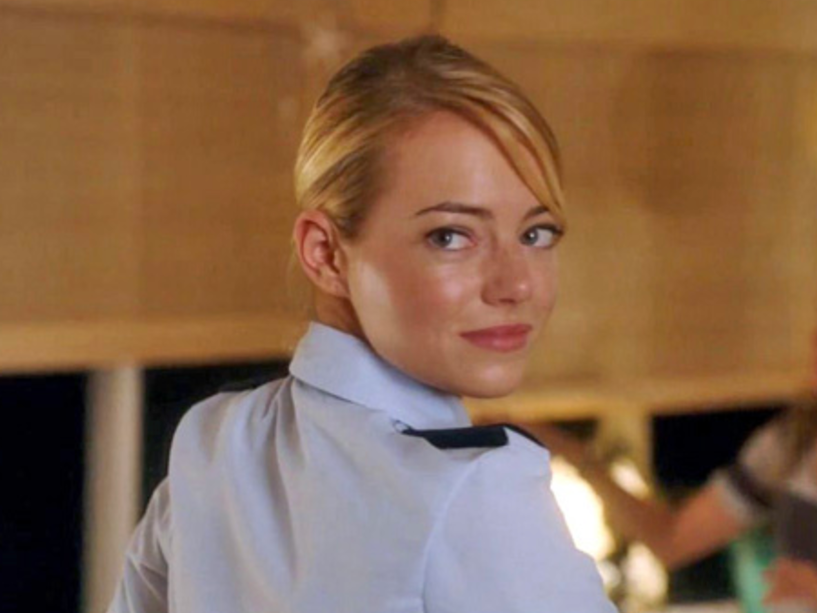 In the rom-com “Aloha,” Emma Stone was cast to portray a character of one-quarter Chinese and one-quarter Hawaiian descent. She and director Cameron Crowe both later apologised.

“I’ve learned on a macro level about the insane history of whitewashing in Hollywood and how prevalent the problem truly is. It’s ignited a conversation that’s very important,” Stone told news.au.com in 2015.

In addition to apologizing, Crowe explained his casting choice on his blog The Uncool.

He said that the character was meant to be proud of her Hawaiian heritage but frustrated that she didn’t look Hawaiian. “

As far back as 2007, Captain Allison Ng was written to be a super-proud one-quarter Hawaiian,” he wrote.”… Extremely proud of her unlikely heritage, she feels personally compelled to over-explain every chance she gets. The character was based on a real-life, red-headed local who did just that.”

Jodie Foster’s age was a huge issue when she was cast in the 1976 movie “Taxi Driver.” 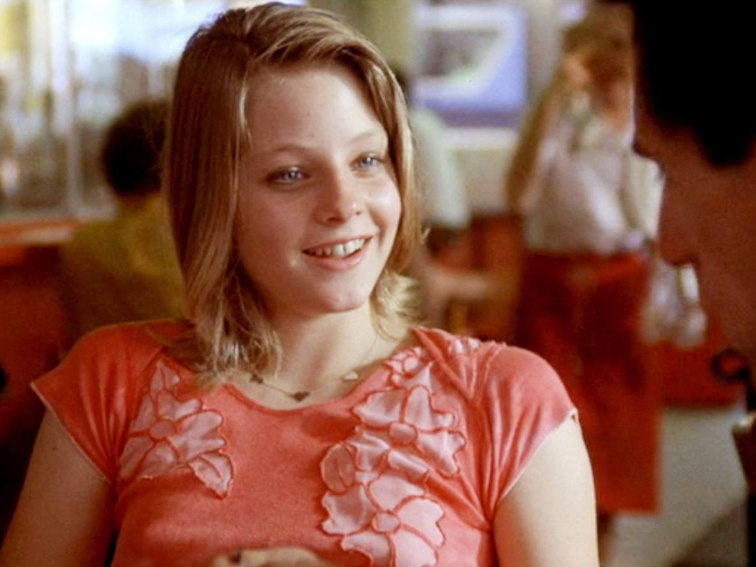 In the 1976 Martin Scorsese thriller “Taxi Driver,” Jodie Foster was cast as a young girl who had run away from home and was being paid for sex and trafficked by her pimp.

At the time, Foster herself was only 12 years old.

The film’s producer Michael Phillips told The Hollywood Reporter that they struggled to get approval from theLos Angeles Welfare Board.

Foster told the publication that a compromise was reached in which Foster’s sister, who was over 18 at the time, stood in place of Foster during more explicit or uncomfortable scenes.

Not everyone was happy about Jared Leto playing a transgender woman in “Dallas Buyers Club” (2013). 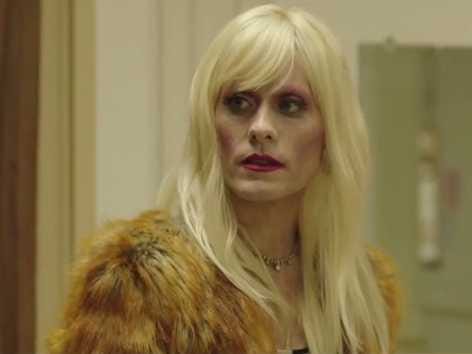 The 2013 drama, which starred Jared Leto as a transgender woman, was a hit with critics and during awards season.

However, many viewers had an issue with a cisgender actor portraying the role of Rayon. The Guardian reported that Leto was even heckled at a Santa Barbara film festival by transgender activists.

Steve Friess of TIME Magazine argued that Leto’s over-the-top, comic portrayal was a disservice to the transgender community, writing: “she’s a sad-sack, clothes-obsessed, constantly flirting transgender drug addict prostitute, of course. There are no stereotypes about transgender women that Leto’s concoction does not tap. She’s an exaggerated, trivialized version of how men who pretend to be women – as opposed to those who feel at their core they are women – behave.”

“The Danish Girl” (2015) was also criticised for casting a cisgender actor for a transgender role. 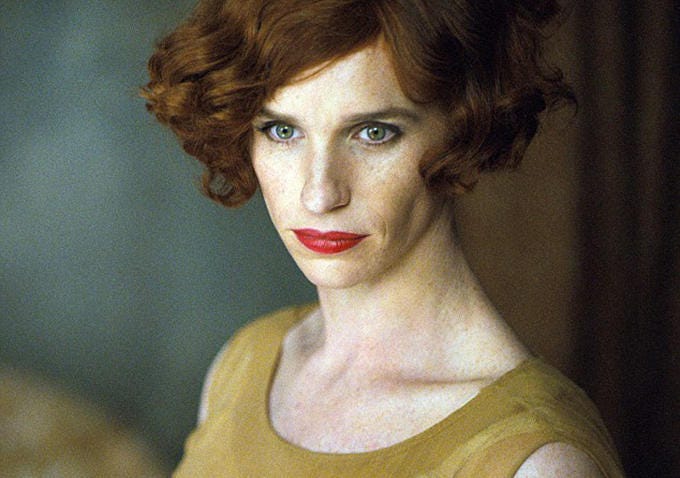 Working Title FilmsEddie Redmayne didn’t win an Oscar for ‘The Danish Girl’ even though he was nominated.

Eddie Redmayne earned his second Oscar nomination for his portrayal of Lili Elbe, one of the first known recipients of gender confirmation surgery.

But similarly to “Dallas Buyers Club,” not everyone was pleased with the casting of a cisgender actor.

Some also felt the script negatively represented the transgender community and were frustrated by its historical inaccuracy.

Johnny Depp’s portrayal of a Native American in “The Lone Ranger” (2013) sparked controversy. 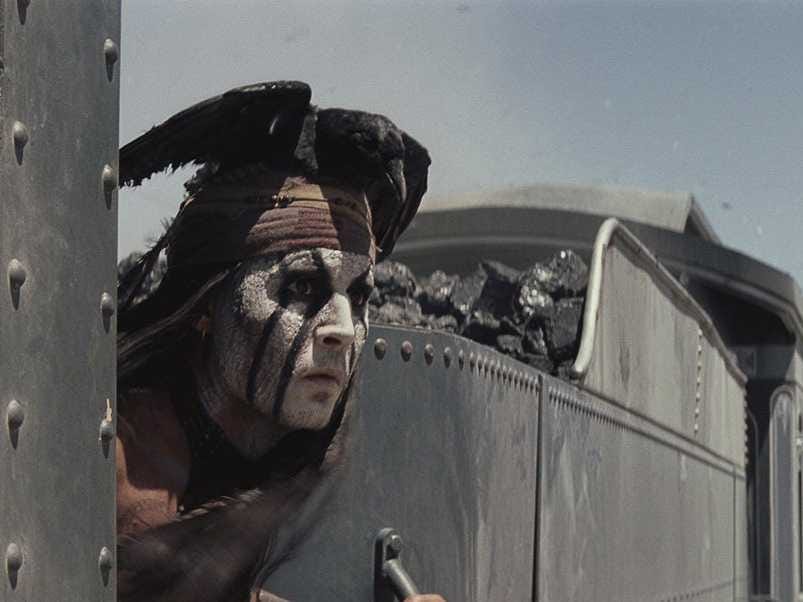 Even though Depp had previously told The Edge that he guesses “he has some Native American ancestry” in him, not all viewers were in support of his portrayal of Tonto in the 2013 Western action film.

Tonto is the fictional, historically Native American companion to the Lone Ranger.

“Since cinema has been around, Native Americans have been treated very poorly by Hollywood,” Depp told Indian Country Today. “What I wanted to do was play Tonto not as a sidekick – like, ‘Go fetch a soda for me, boy!’- but as a warrior with integrity and dignity. It’s my small sliver of a contribution to try to right the wrongs of the past.”

Audiences weren’t all pleased with Jake Gyllenhaal playing the title character in “Prince of Persia: The Sands of Time” (2010). 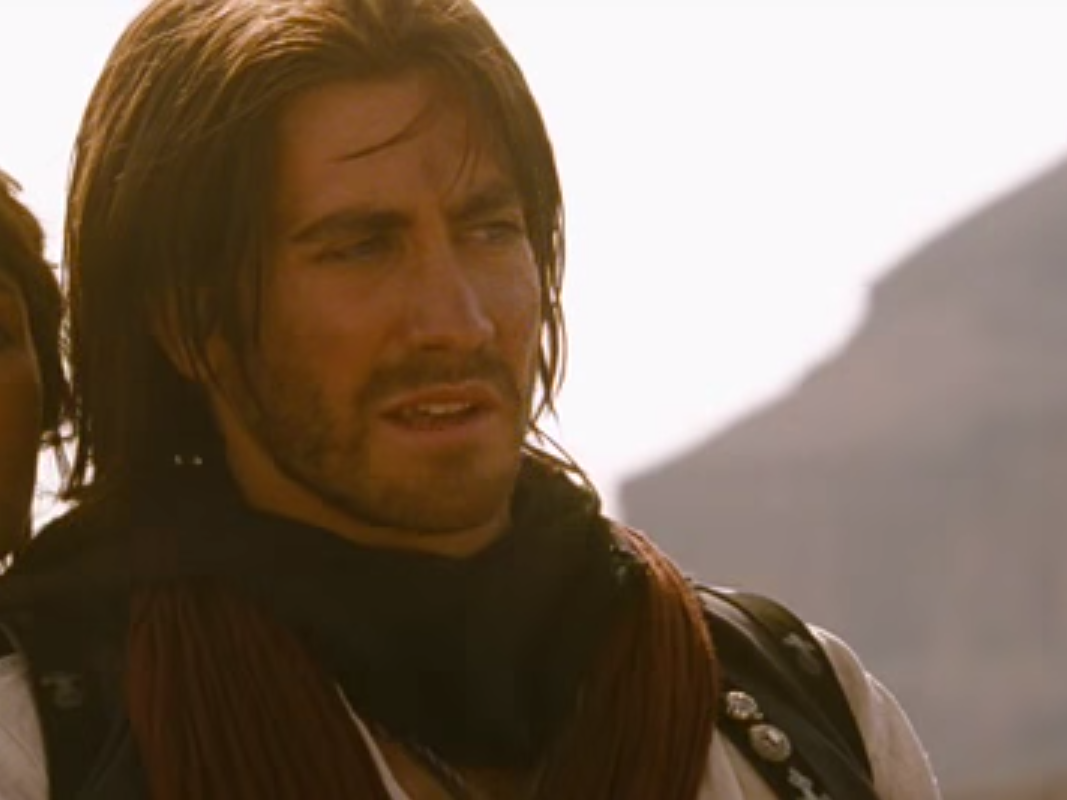 Disney via YouTube‘Prince of Persia’ aired in 2010.

To many, the choice to cast Jake Gyllenhaal as a Middle Eastern character was a bit of a head-scratcher.

Nina Simone’s estate didn’t seem happy with the choice to cast Zoe Saldana as the famed jazz singer in her biopic. 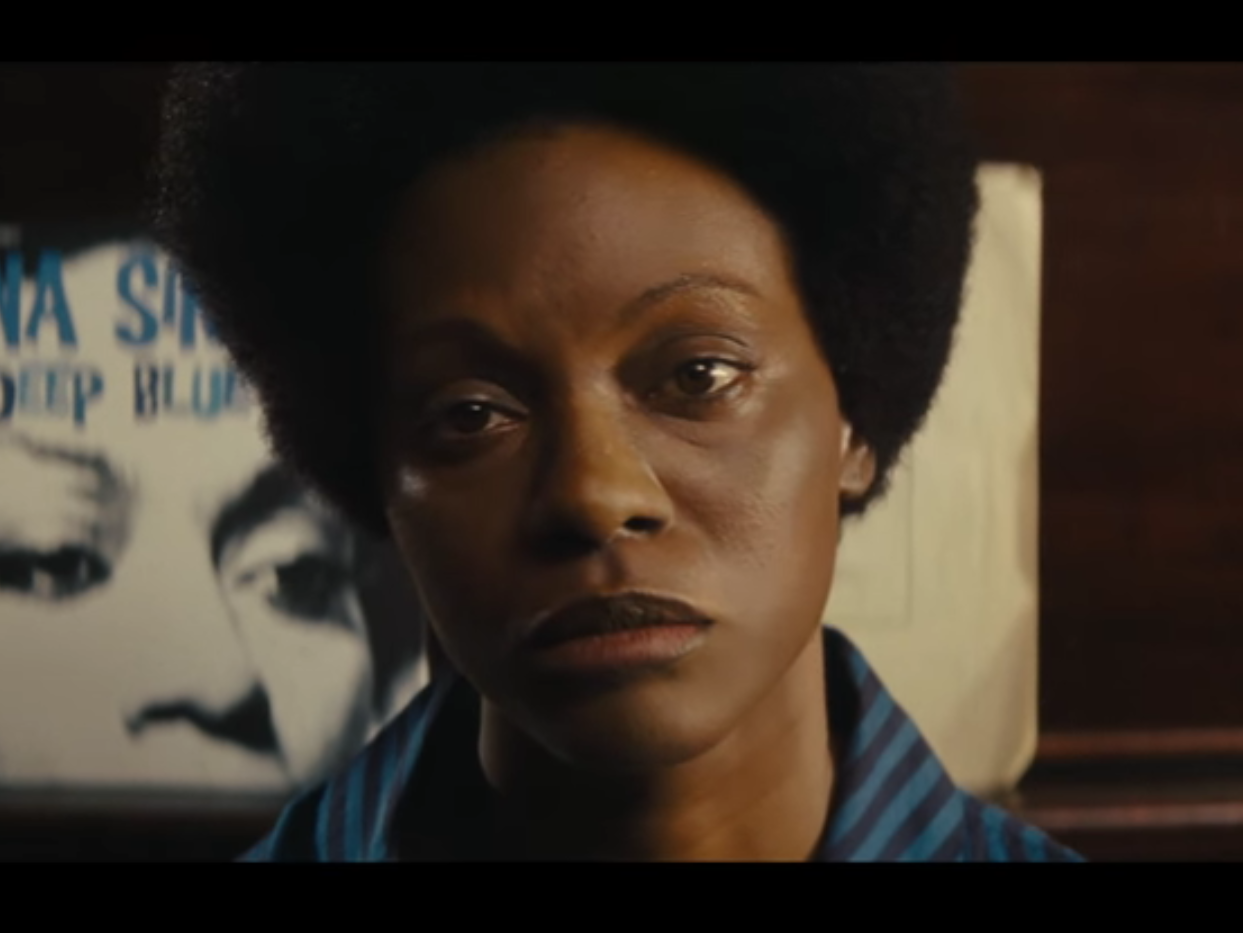 Zoe Saldana was criticised for her role in “Nina” (2016) as famed musician Nina Simone.

Jezebel reported that Saldana wore a prosthetic nose and darkened her skin to play the film’s subject.

Viewers and fans of Simone were outraged at Saldana’s lack of singing experience and resemblance to the singer, according to Rolling Stone.

After Saldana tweeted a quote from Simone upon the first trailer’s release, Simone’s estate’s account responded: “Cool story but please take Nina’s name out your mouth. For the rest of your life.”

The account later tweeted, “Hopefully people begin to understand this is painful. Gut-wrenching, heartbreaking, nauseating, soul-crushing. It shall pass, but for now …”

In 2020, while speaking on the Bese Instagram account, per E! News, Saldana apologised for taking the role.

“I should have never played Nina,” Saldana said. “I should have done everything in my power with the leverage that I had 10 years ago – which was a different leverage, but it was leverage nonetheless.”

“I should have tried everything in my power to cast a Black woman to play an exceptionally perfect Black woman,” she added.

Angelina Jolie was criticised for being cast in “A Mighty Heart” (2007). 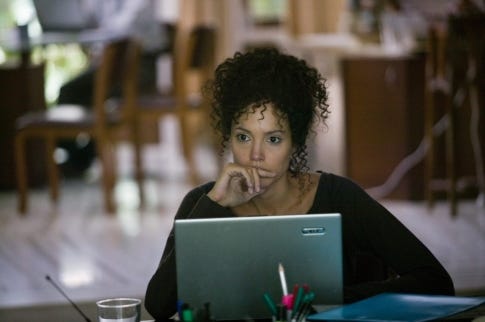 “A Mighty Heart” told the story of real-life Mariane Pearl, a French-born woman of Afro-Cuban and Dutch heritage.

When Angelina Jolie, a white actress, was cast to play Pearl, there was quite a bit of backlash.

Many didn’t feel it was appropriate to have a white actress playing a historical woman of colour, especially because many accused the film of making Jolie appear to have African heritage, especially in the styling of her hair.

“I would have liked to see the studio cast a woman of colour in the role,” Carmen Van Kerckhove, who is of bi-racial heritage and is co-founding member of anti-racist training company New Demographic in New York City, told the New Zealand Herald at the time. “I don’t quite understand the rationale behind the studio’s decision to make Angelina Jolie look like she has African heritage.” 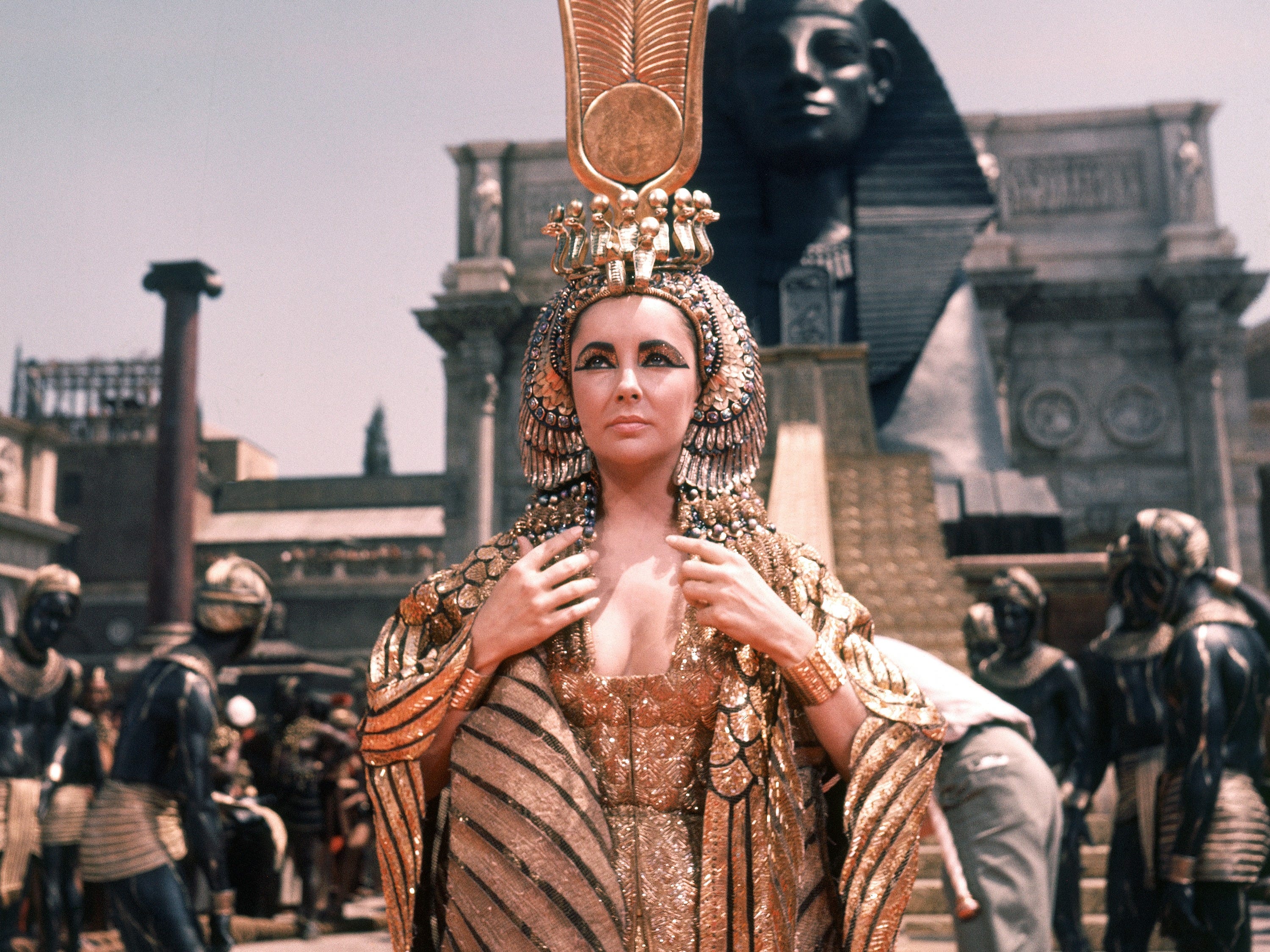 Elizabeth Taylor played the titular role of Cleopatra in the 1963 film.

But many said the role was whitewashed.

Others agreed, saying the casting was “racially insensitive” because Cleopatra is a historical figure with mixed ethnicities and heritages, including Greek, although there has been a long-standing debate over Cleopatra’s heritage and supposed appearance.

12 of the darkest, most controversial Disney rides and attractions of all time

13 times celebrities were accused of lip-syncing