The 33 most anticipated Netflix original movies coming in 2021

NetflixLeonardo DiCaprio in ‘Don’t Look Up.’

Get ready for lots of Netflix original movies in 2021. Literally every single week.

As most audiences continue to turn to streaming services during the pandemic, Netflix has delivered in being an essential destination for movie lovers, and on Tuesday it showcased some anticipated releases it has coming out throughout 2021.

Below are 33 of the most anticipated Netflix originals coming out in 2021.

But first, a video from Netflix that teases some of its major releases coming this year.

“Army of the Dead” 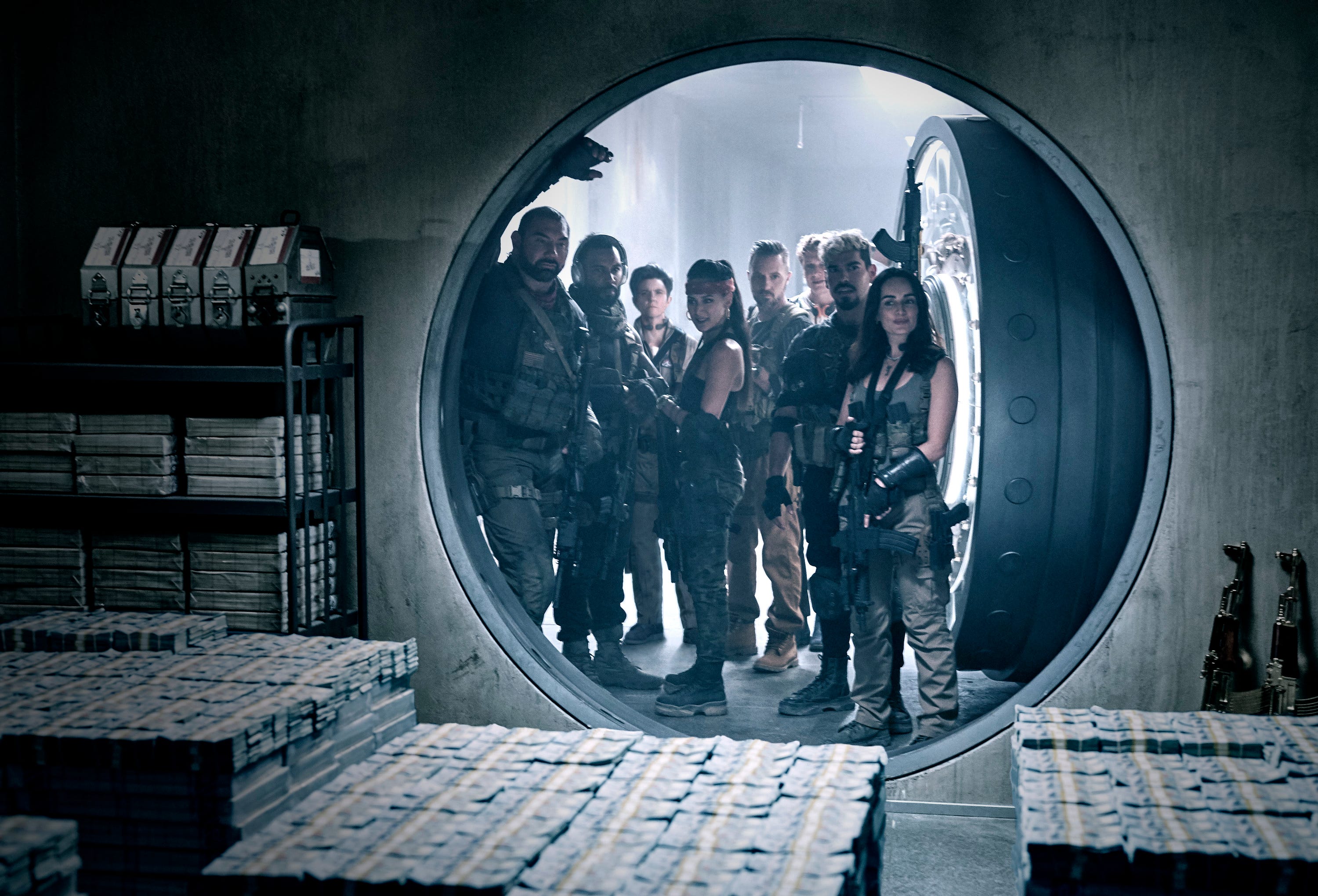 Zack Snyder’s first movie since “Justice League” follows a group of mercenaries during a zombie outbreak in Las Vegas who take the ultimate gamble: venturing into the quarantine zone to pull off the greatest heist ever attempted.

“Back to the Outback”

NetflixIsla Fisher, Eric Bana, Guy Pearce, and Keith Urban all lend their voices in ‘Back to the Outback.’

This animated movie features stars Isla Fisher, Eric Bana, Guy Pearce, Keith Urban, and more lending their voices as Australia’s deadliest creatures who plot a daring escape from the zoo to return to the Outback. 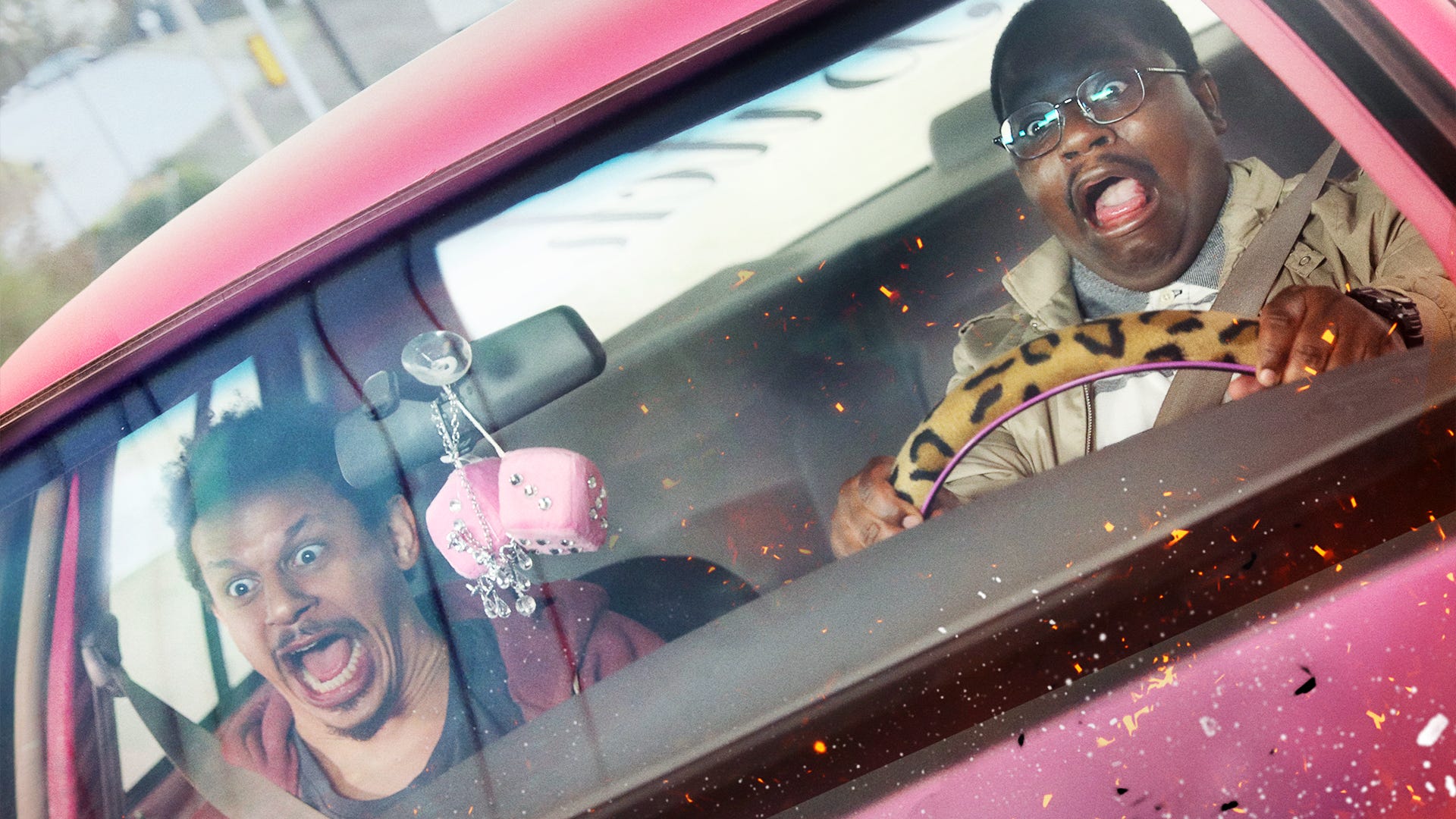 From the producers behind “Jackass” comes this hidden camera comedy that follows two best friends as they go on a cross-country road trip full of hilarious, inventive pranks, pulling its real-life audience into the mayhem. Eric André, Lil Rel Howery, Tiffany Haddish, and Michaela Conlin star.

Netflix‘Beauty’ is written and produced by Lena Waithe.

Written and produced by Lena Waithe and starring Giancarlo Esposito, and Sharon Stone, this drama looks at a young Black female recording artist who struggles to maintain her voice and identity after she’s offered a lucrative recording contract. 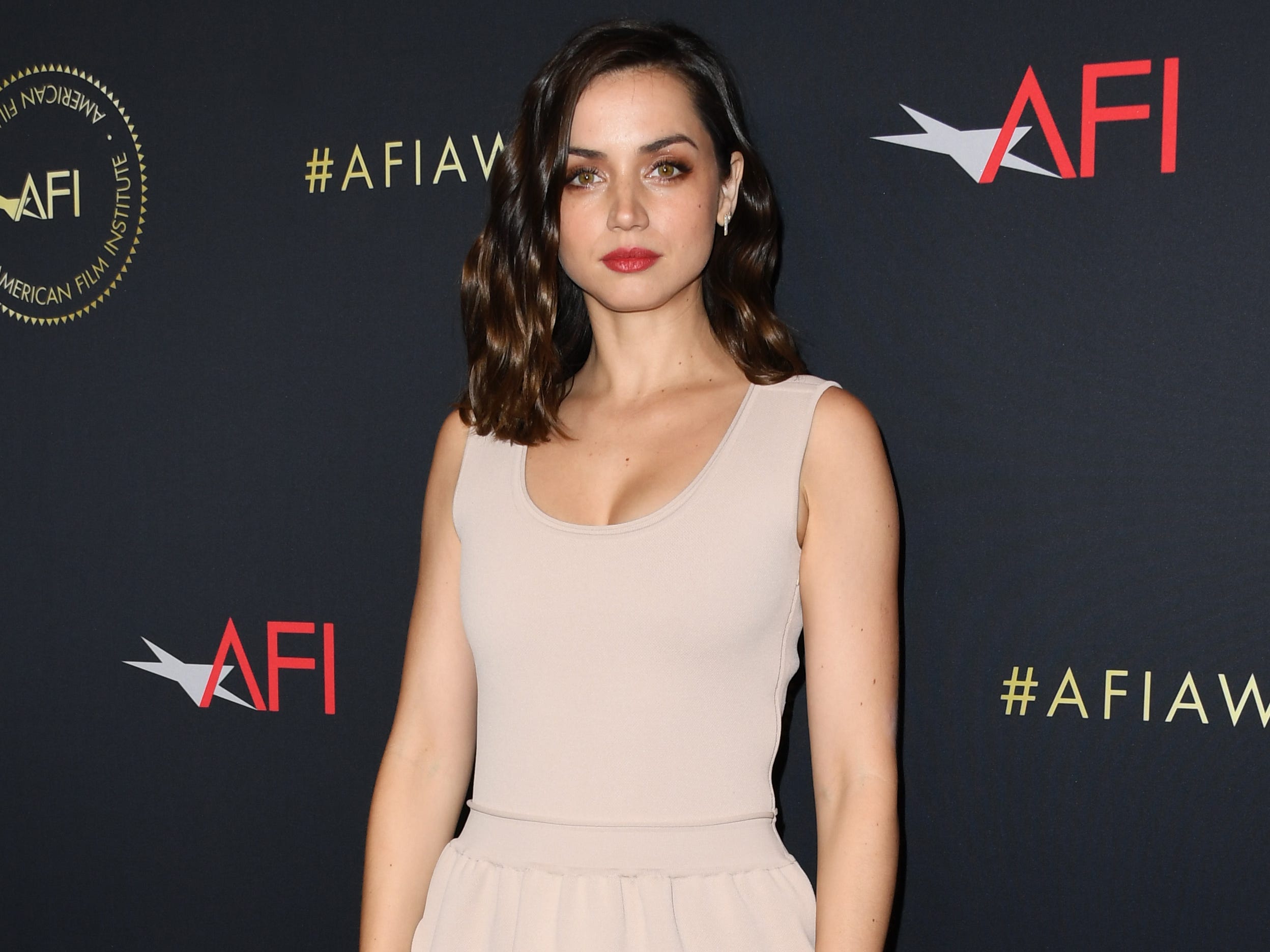 Based on the best-selling novel, here we delve into the life of the world’s most famous sex symbol, Marilyn Monroe, with Ana de Armas in the role. 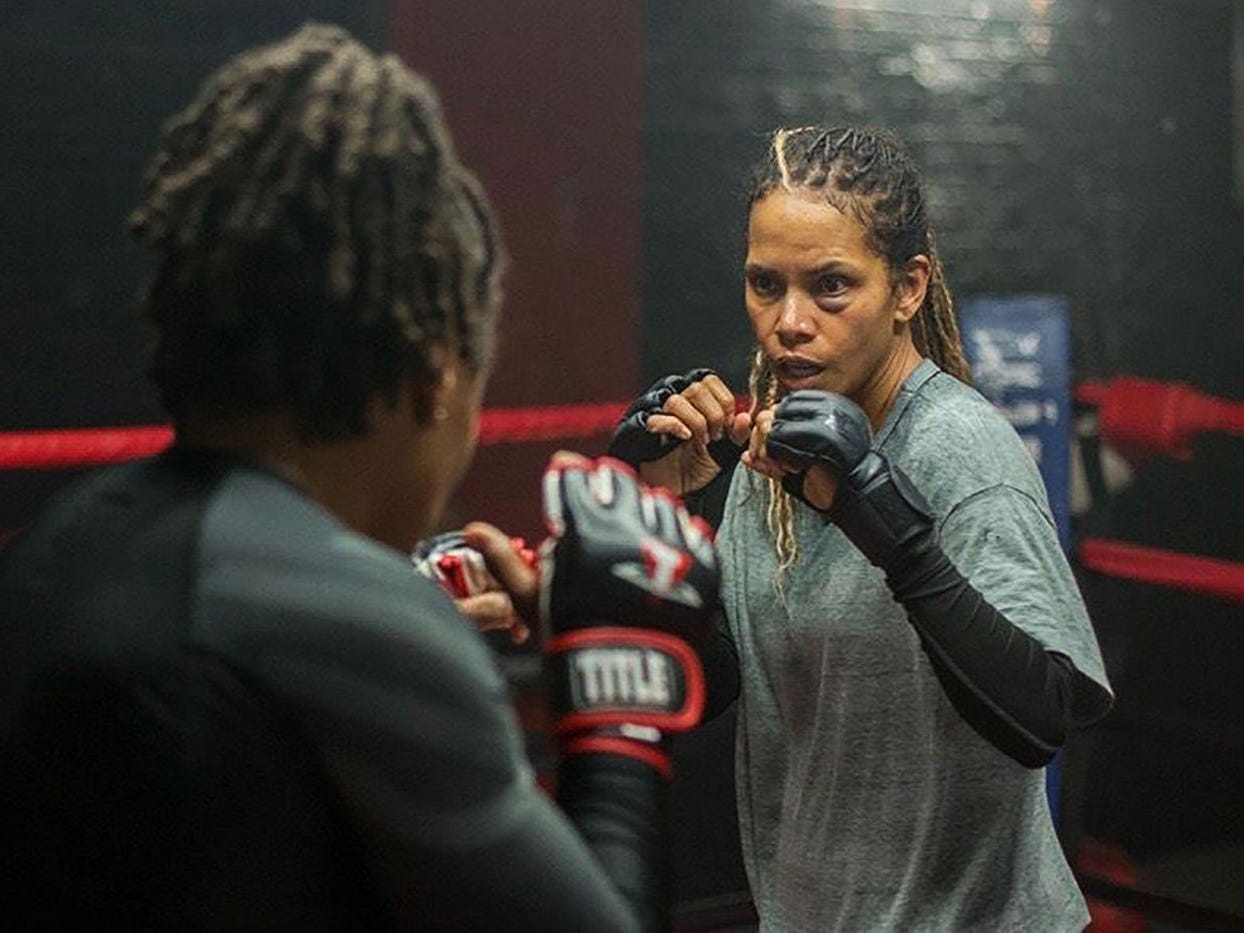 Marking Halle Berry’s directorial debut, she also stars as a former MMA fighter struggling to regain custody of her son and restart her athletic career. 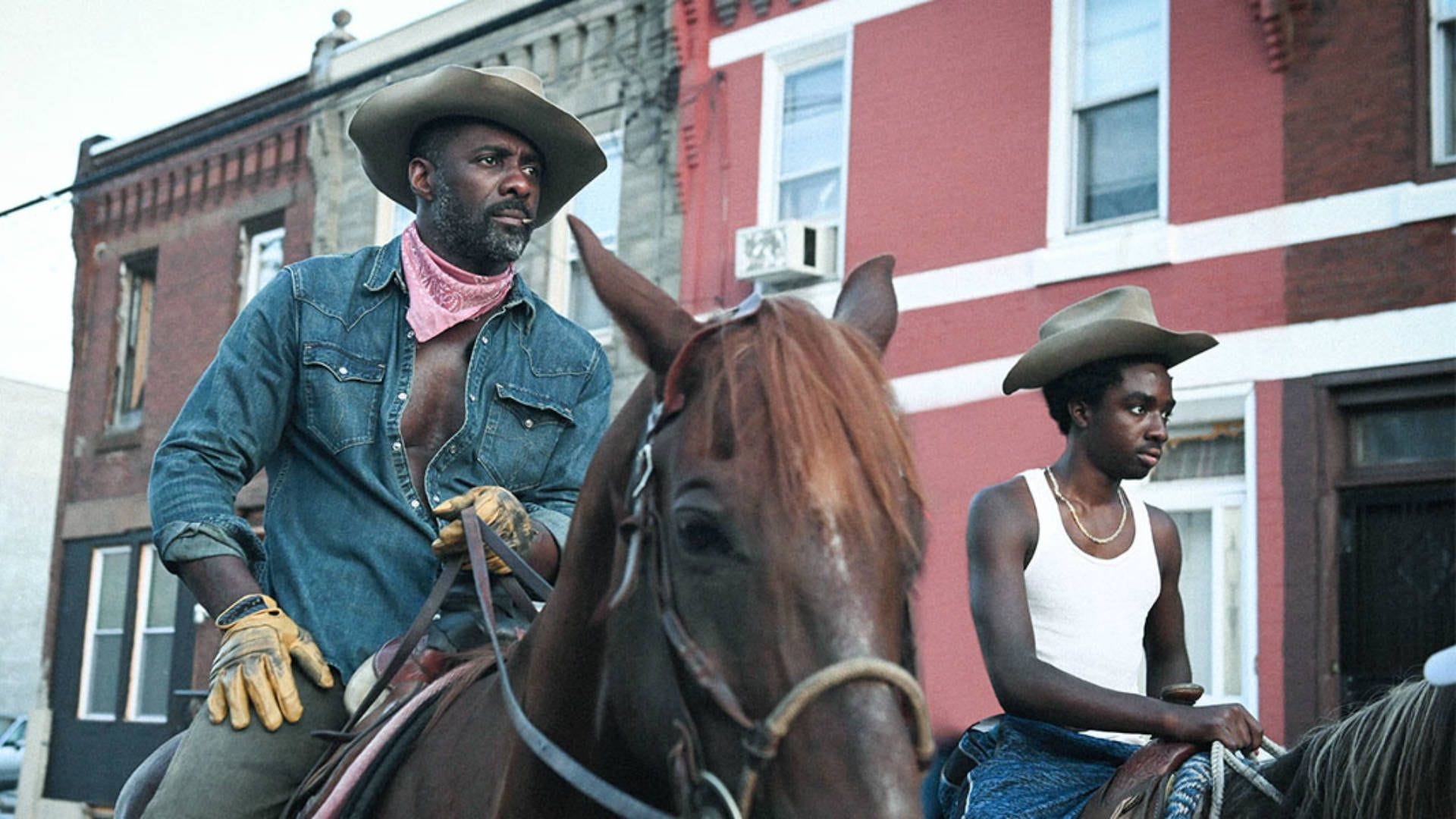 While spending the summer in North Philadelphia, a troubled teen is caught between a life of crime and his estranged father’s vibrant urban-cowboy subculture. Movie stars Idris Elba and Caleb McLaughlin (“Stranger Things”). 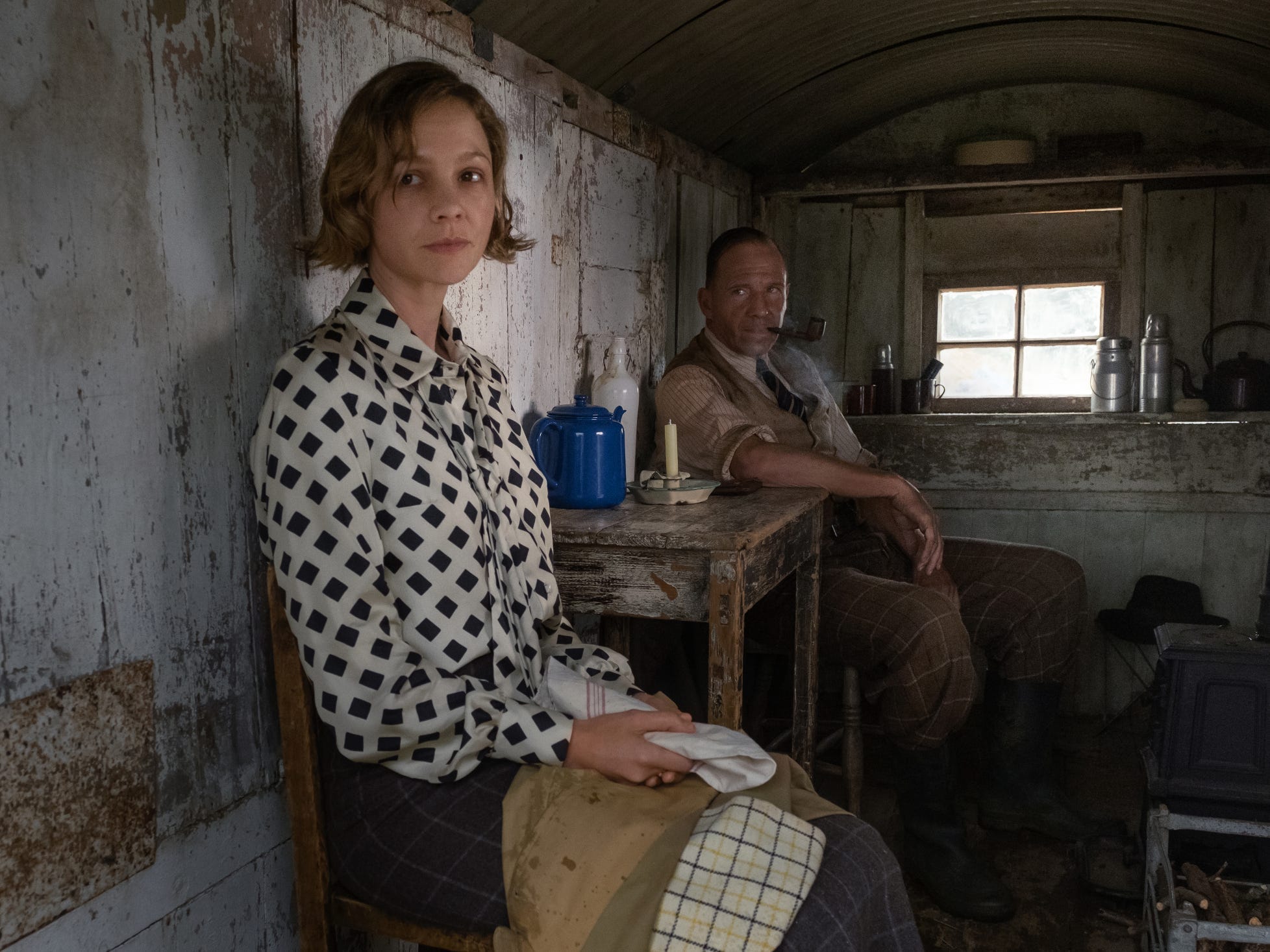 NetflixCarey Mulligan and Ralph Fiennes in ‘The Dig.’

As World War II looms, a wealthy widow (Carey Mulligan) hires an amateur archaeologist (Ralph Fiennes) to excavate the burial mounds on her estate leading to a historic discovery.

NetflixLeonardo DiCaprio and Jennifer Lawrence in ‘Don’t Look Up.’

Directed by Adam McKay and featuring an all-star cast that includes Leonardo DiCaprio, Jennifer Lawrence, Jonah Hill, Tyler Perry, Timothée Chalamet, Cate Blanchette, and Meryl Streep, this comedy tells the story of two astronomers who must go on a giant media tour to warn mankind of an approaching comet that will destroy Earth.

NetflixChris Hemsworth and Miles Teller star in ‘Escape from Spiderhead.’

In the near future, two young convicts grapple with their pasts in a facility run by a brilliant visionary, who experiments on inmates with emotion-altering drugs. The movie stars Chris Hemsworth and Miles Teller. 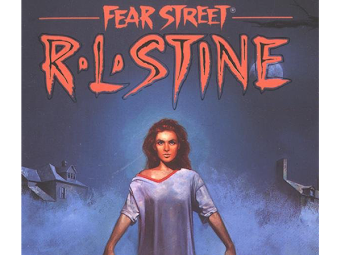 Based on R.L. Stine’s acclaimed horror book series, these three movies follows a group of teenagers discovers that the terrifying events that have haunted their town for generations ​may all be connected. 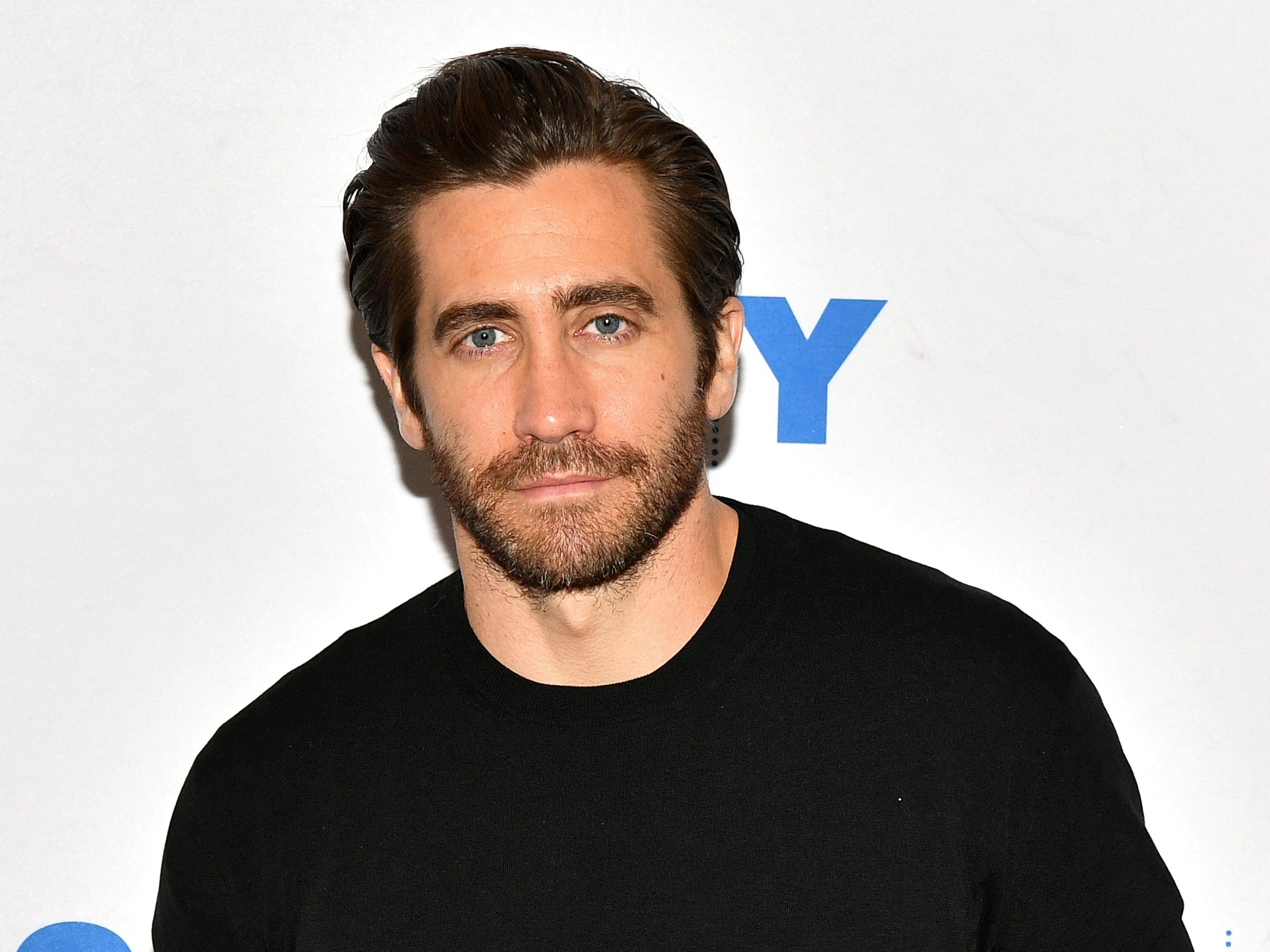 The film takes place over the course of a single morning in a 911 dispatch call centre. Call operator Joe Bayler (Jake Gyllenhaal) tries to save a caller in grave danger-but he soon discovers that nothing is as it seems.

“The Harder They Fall”

Netflix(L-R) Regina King, Idris Elba, and LaKeith Stanfield in ‘The Harder They Fall.’

In this Western, outlaw Nat Love (Jonathan Majors) discovers that his enemy, Rufus Buck (Idris Elba), is being released from prison, so he reunites his gang to track Rufus down and seek revenge. 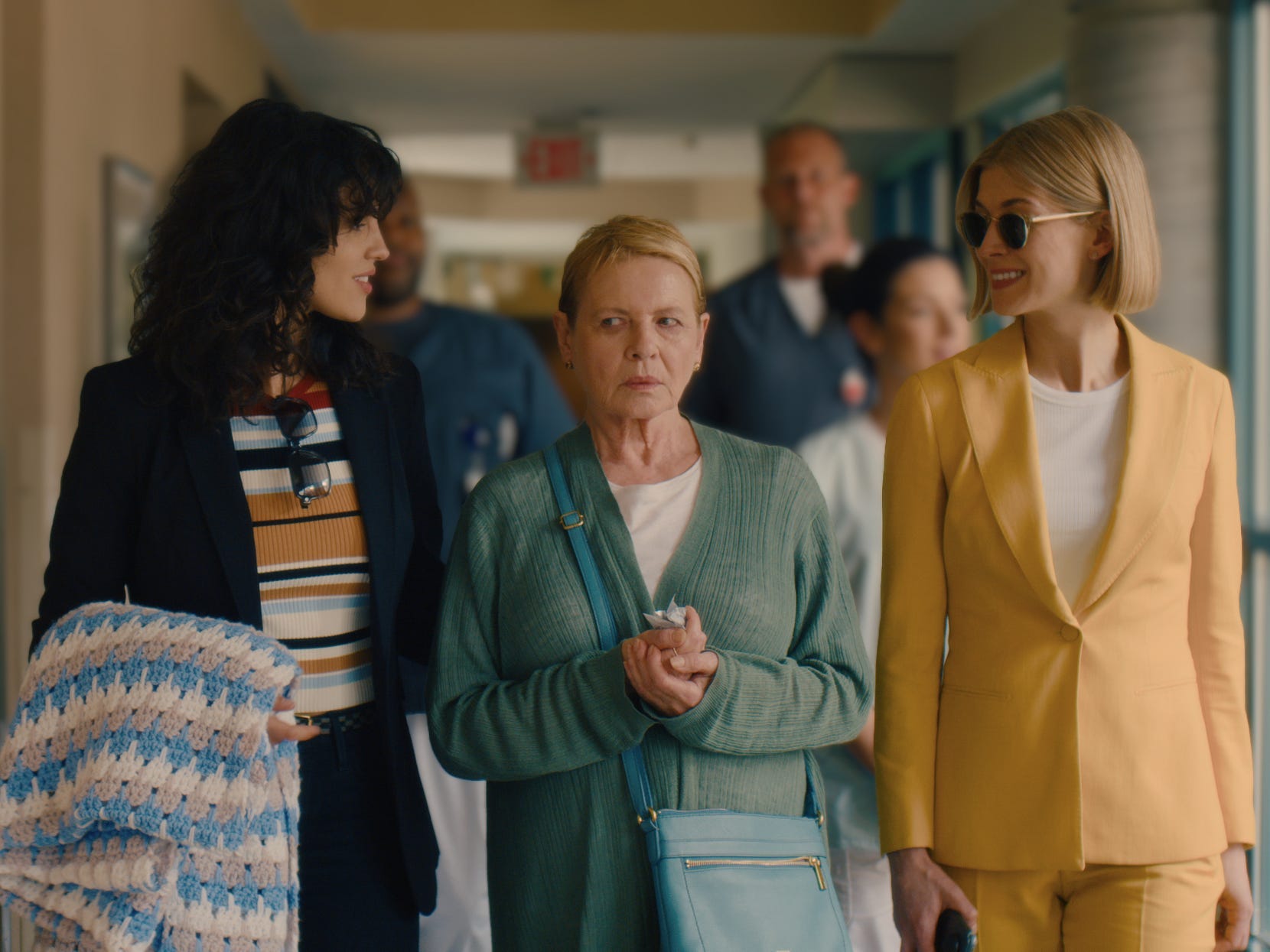 Netflix(L-R) Eiza González, Dianne Wiest, and Rosamund Pike in ‘I Care a Lot.’

A crooked legal guardian who drains the savings of her elderly wards meets her match when a woman she tries to swindle turns out to have equally shady ties of her own.

“The Last Letter From Your Lover” 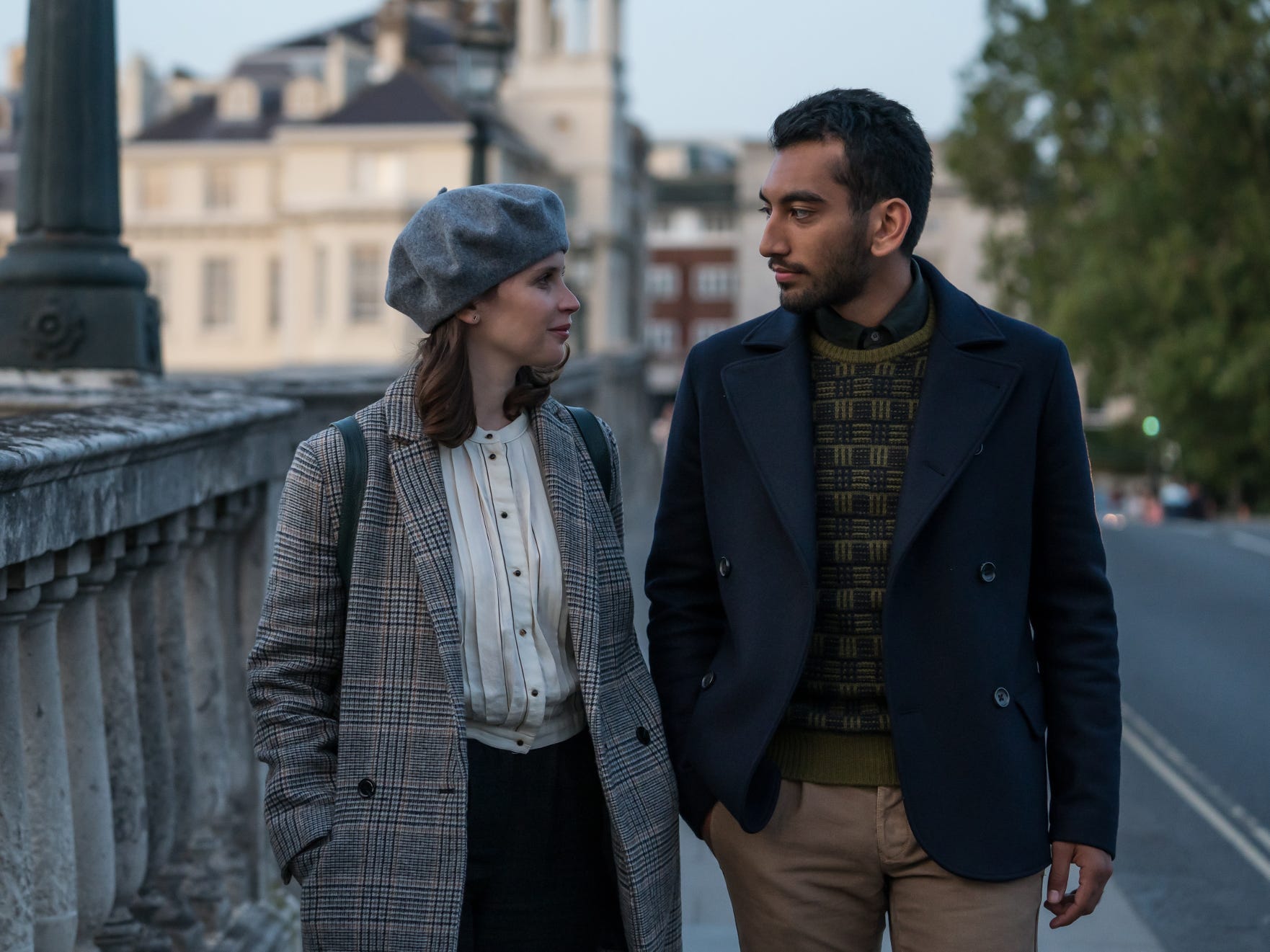 The movie follows a pair of interwoven stories set in the present and past. Ellie Haworth (Felicity Jones), an ambitious journalist who discovers a trove of secret love letters from 1965, becomes determined to solve the mystery of the forbidden affair at their centre. 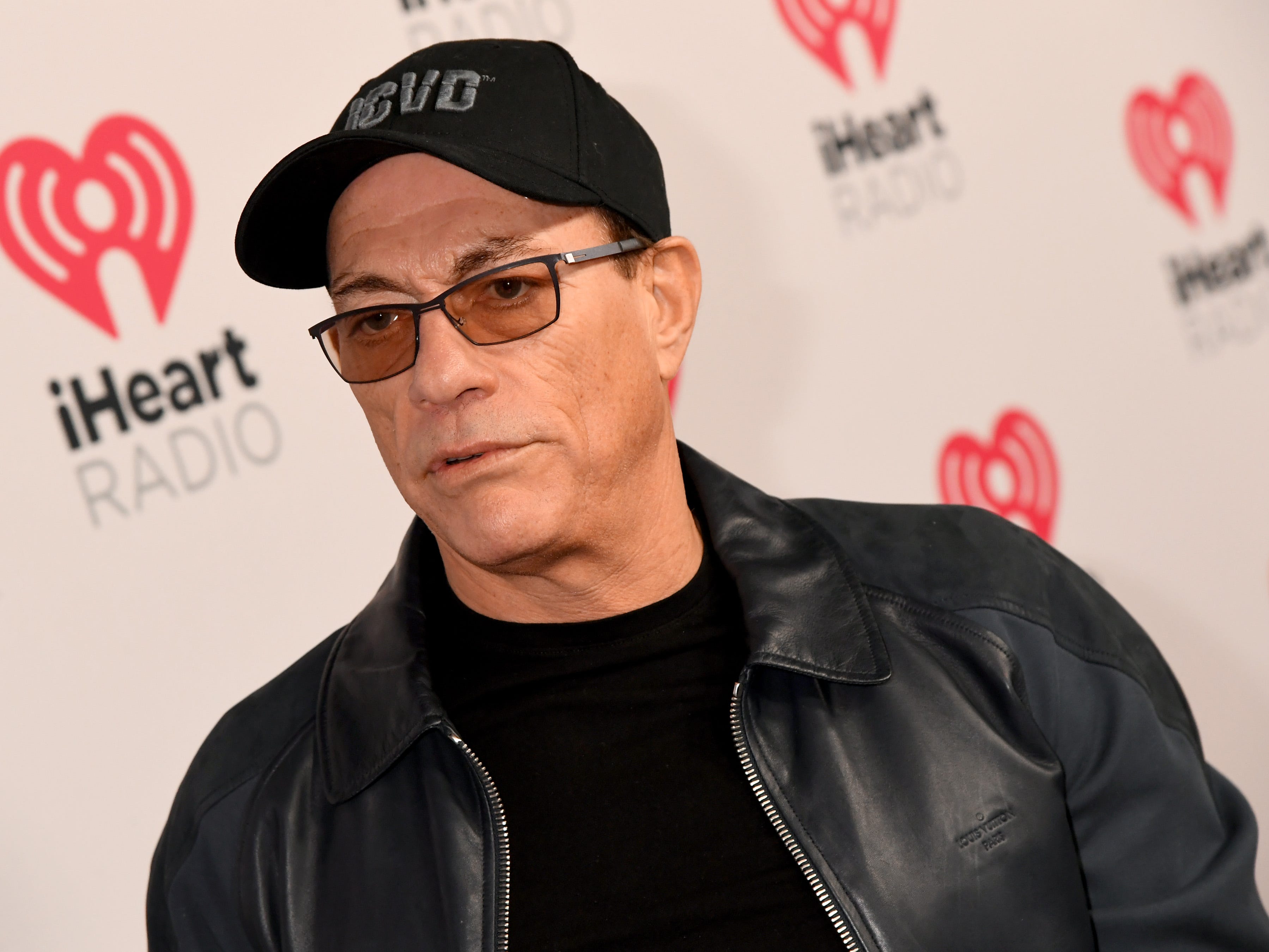 Jean-Claude Van Damme stars as a mysterious former secret service agent who must urgently return to France when his estranged son is falsely accused of arms and drug trafficking by the government. 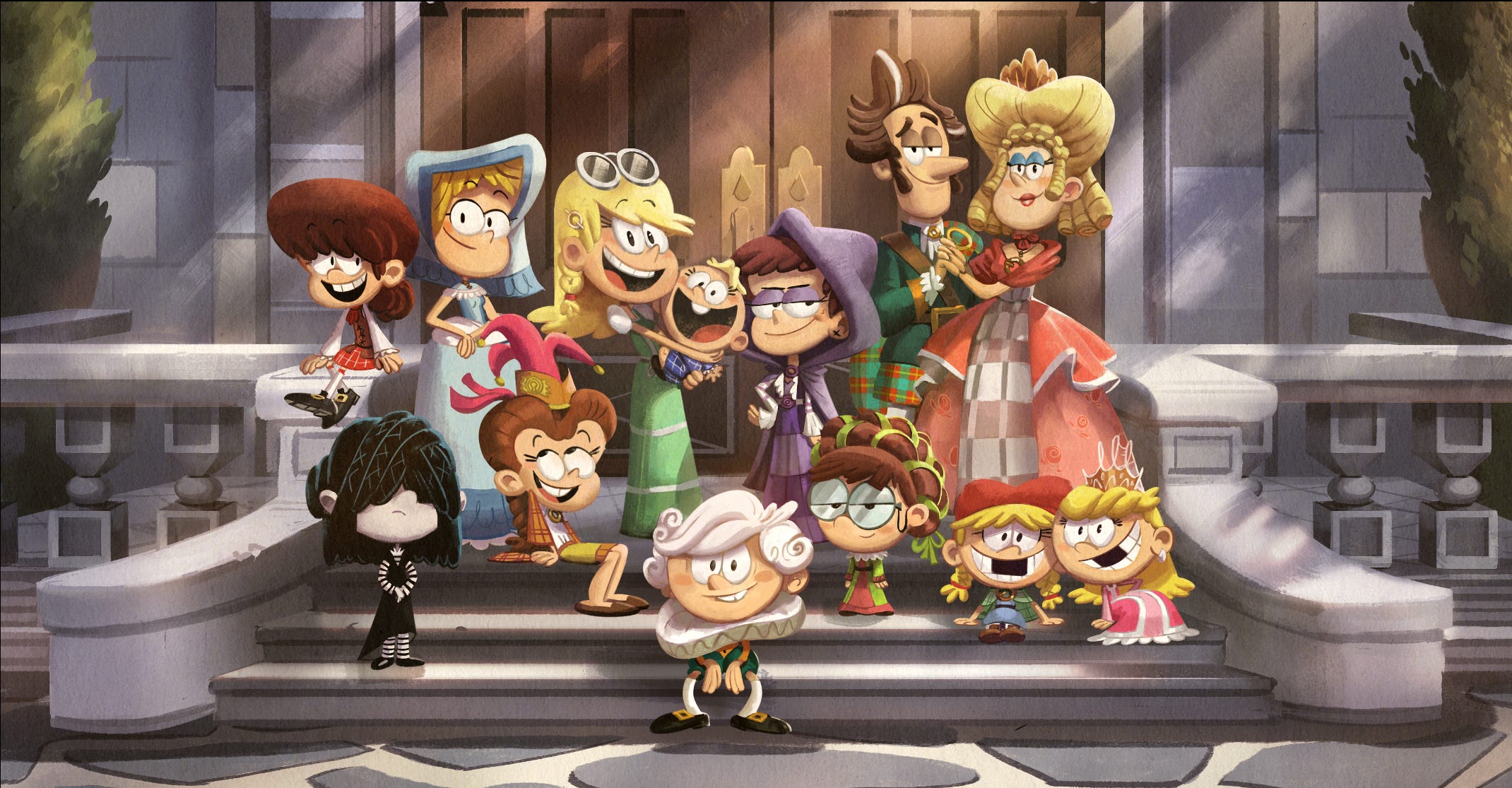 Netflix‘The Loud House’ is going to the movies.

The hit Nickelodeon show is getting the movie treatment. The adventure follows the Loud family to Scotland where they discover that they are descendants of Scottish royalty. 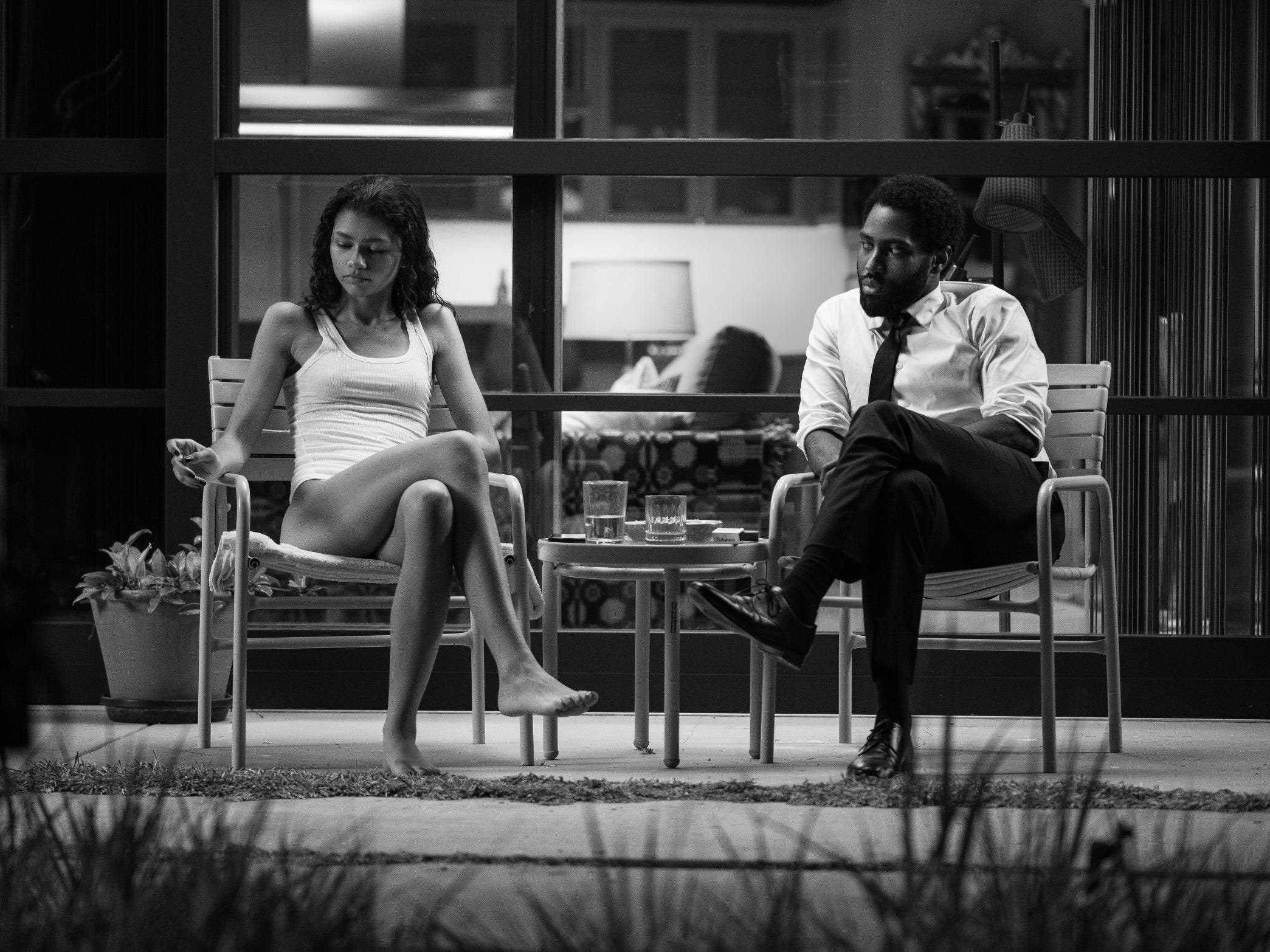 Sam Levinson (creator of “Euphoria”) teams up with Zendaya and John David Washington for an achingly romantic drama in which a filmmaker (Washington) and his girlfriend (Zendaya) return home following a celebratory movie premiere as he awaits what’s sure to be imminent critical and financial success. As they await, their relationship is tested as revelations surface. 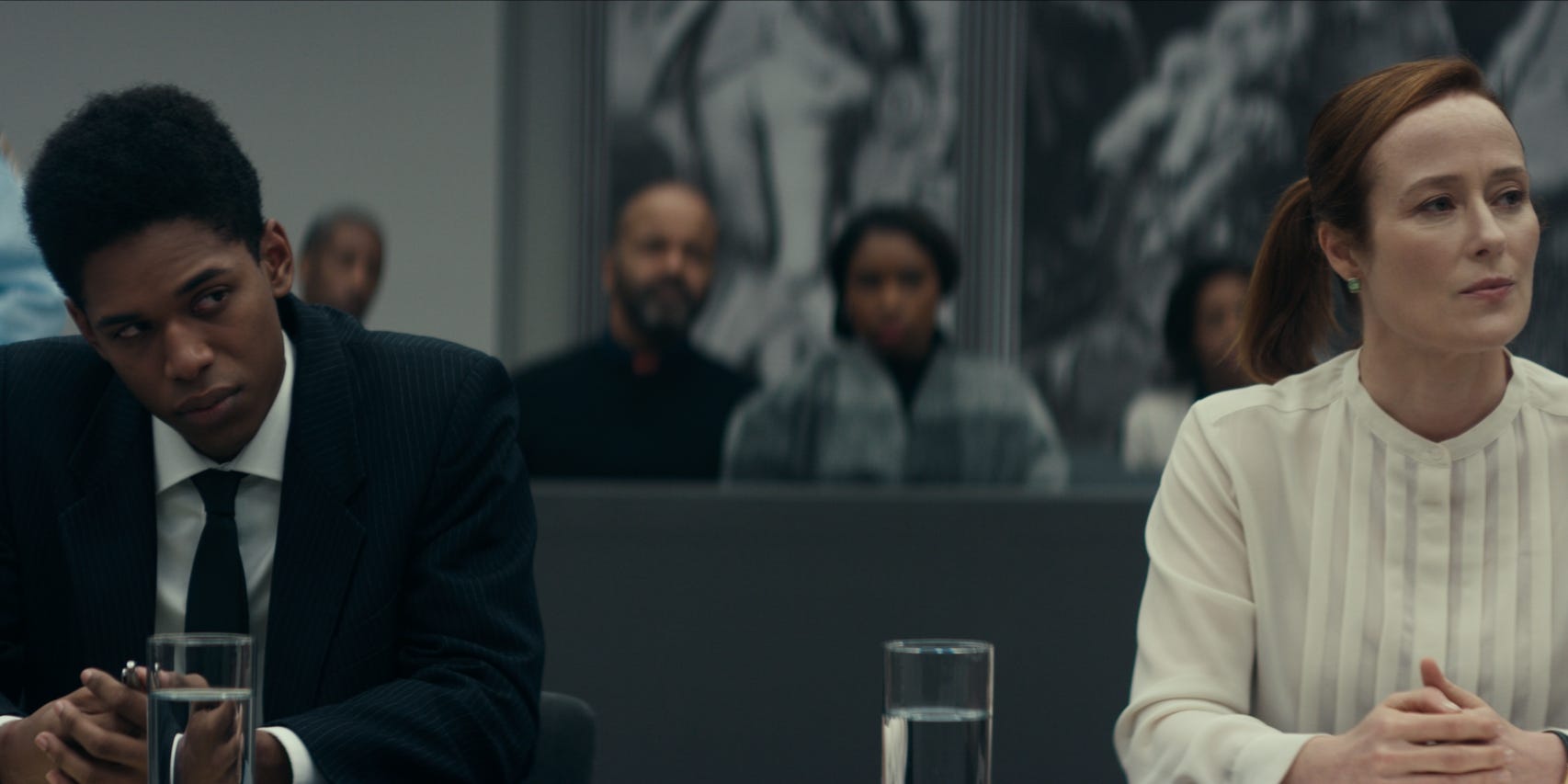 This drama focuses on Steve Harmon (Kelvin Harrison, Jr.), a 17-year-old honour student whose world comes crashing down around him when he is charged with felony murder. 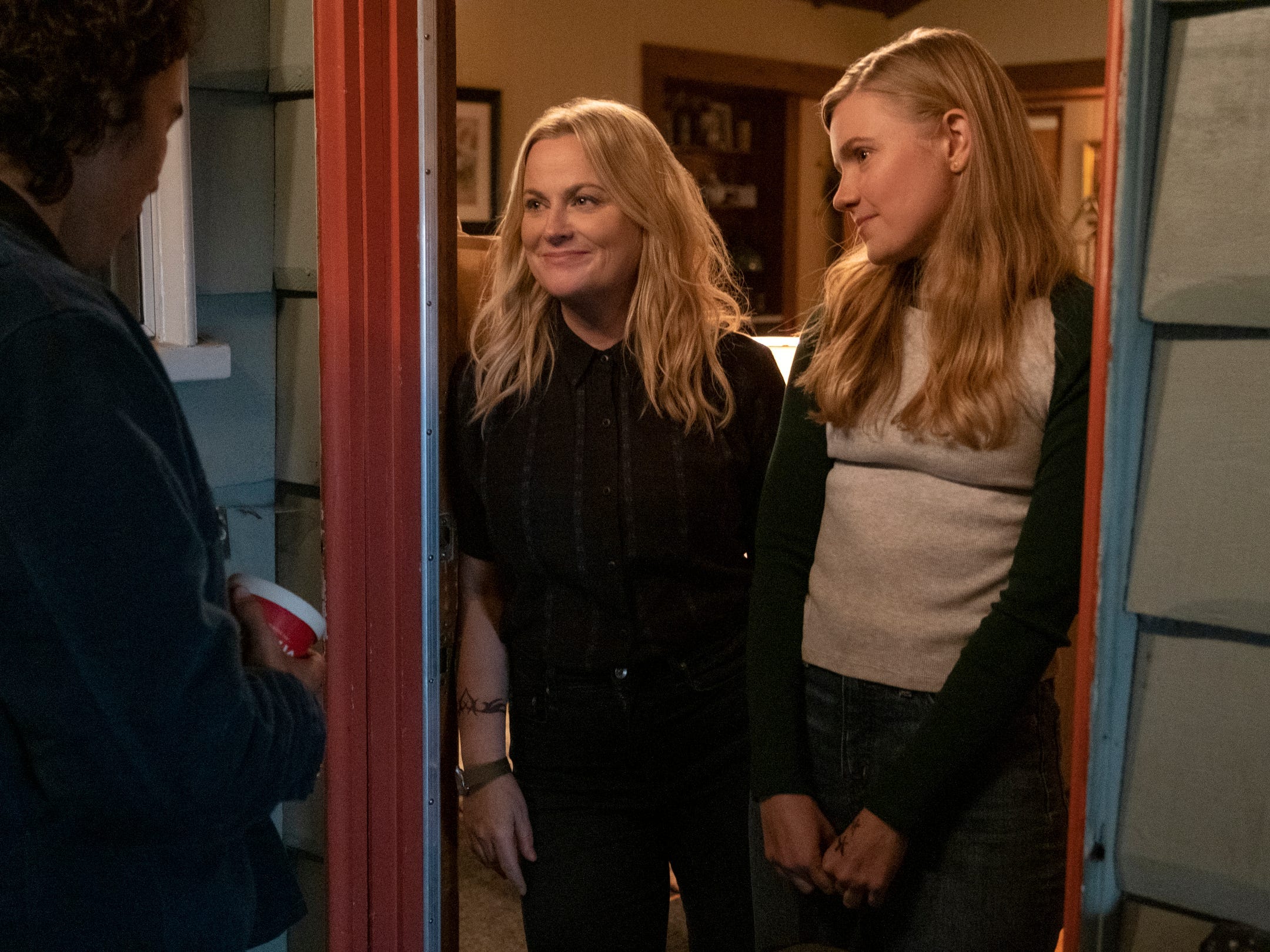 Fed up with the sexist and toxic status quo at her high school, a shy 16-year-old finds inspiration from her mother’s rebellious past and anonymously publishes a zine that sparks a school-wide, coming-of-rage revolution.

The movie is directed, produced, and stars Amy Poehler.

“Outside the Wire” (available January 15) 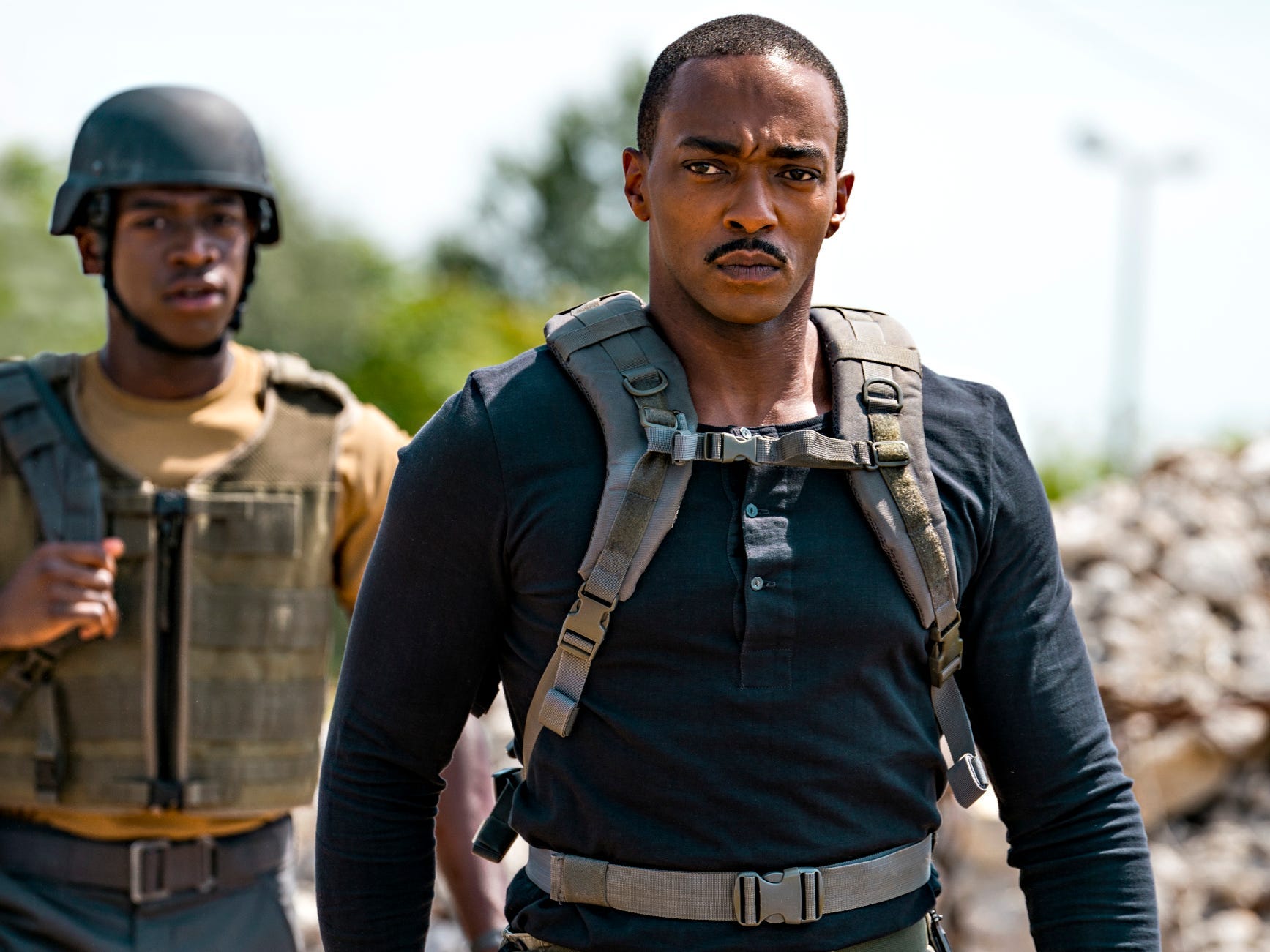 Jonathan Prime/NetflixAnthony Mackie in ‘Outside the Wire.’

Set in the future, Harp (Damson Idris), a drone pilot, is sent into a deadly militarised zone where he finds himself working for Leo (Anthony Mackie), an android officer, tasked to locate a doomsday device before the insurgents do.

“The Power of the Dog” 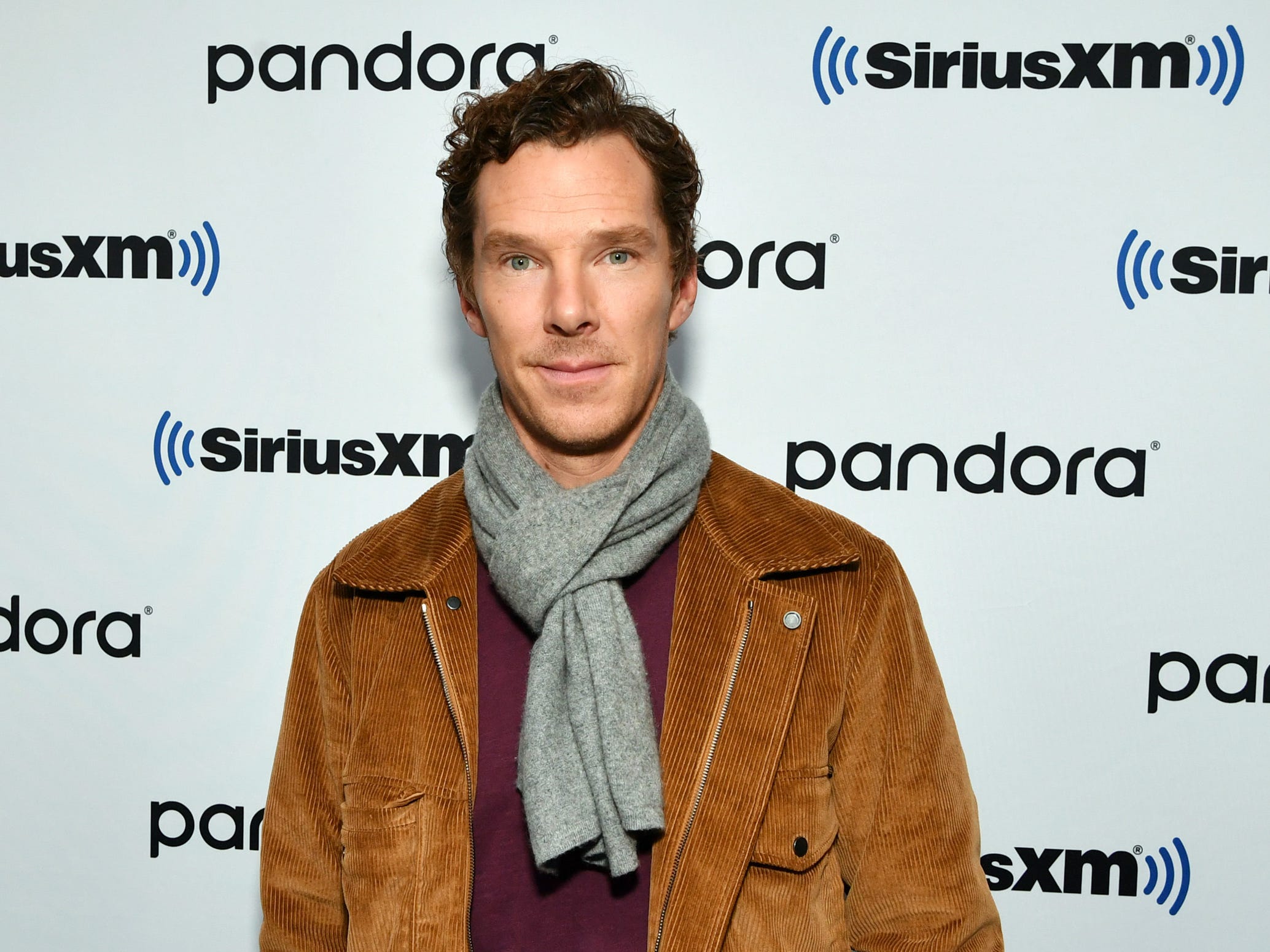 Slaven Vlasic/GettyBenedict Cumberbatch stars in ‘The Power of the Dog.’

Wealthy Montana brothers Phil (Benedict Cumberbatch) and George Burbank (Jesse Plemons) are two sides of one coin. Phil is graceful, brilliant and cruel where George is stolid, fastidious and gentle. Together they are joint owners of the biggest ranch in the Montana valley. 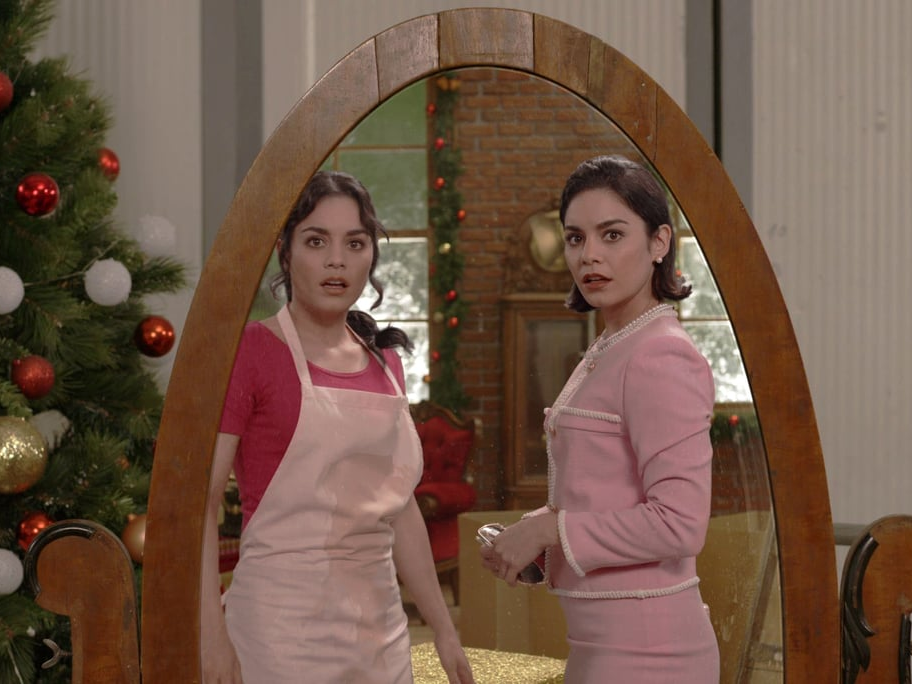 When a priceless relic is stolen, Queen Margaret and Princess Stacy enlist the help of Margaret’s audacious look-alike cousin Fiona who teams with a dashing, mysterious man from her past to retrieve it.

Vanessa Hudgens returns for the latest chapter in this franchise.

An Interpol-issued Red Notice is a global alert to hunt and capture the world’s most wanted. But when a daring heist brings together the FBI’s top profiler (Dwayne “The Rock” Johnson) and two rival criminals (Gal Gadot and Ryan Reynolds), there’s no telling what will happen.

“Rise of the Teenage Mutant Ninja Turtles: The Movie” 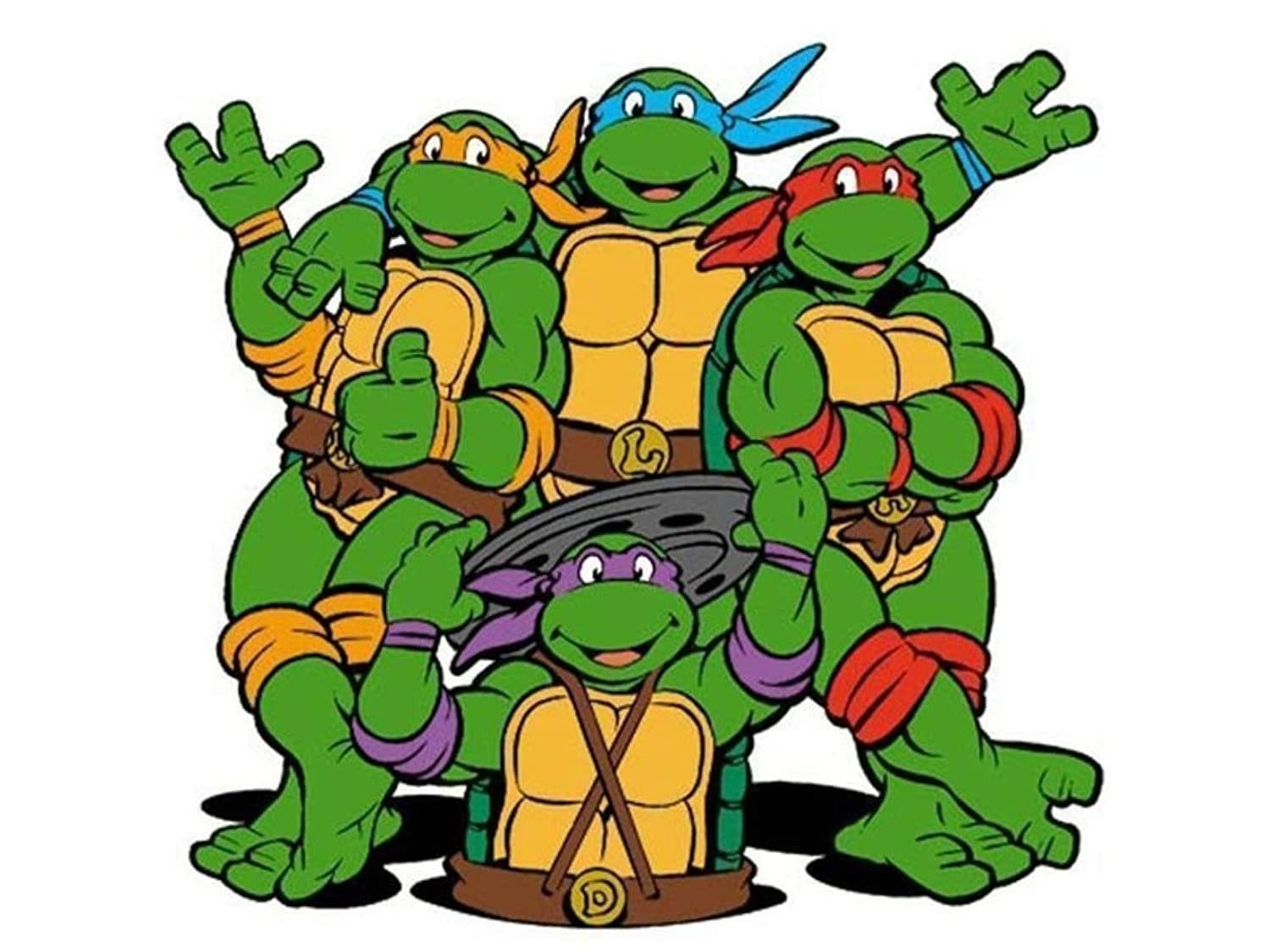 The Teenage Mutant Ninja Turtles are faced with their greatest challenge yet when a mysterious stranger named Casey Jones arrives from the future with a dire warning. 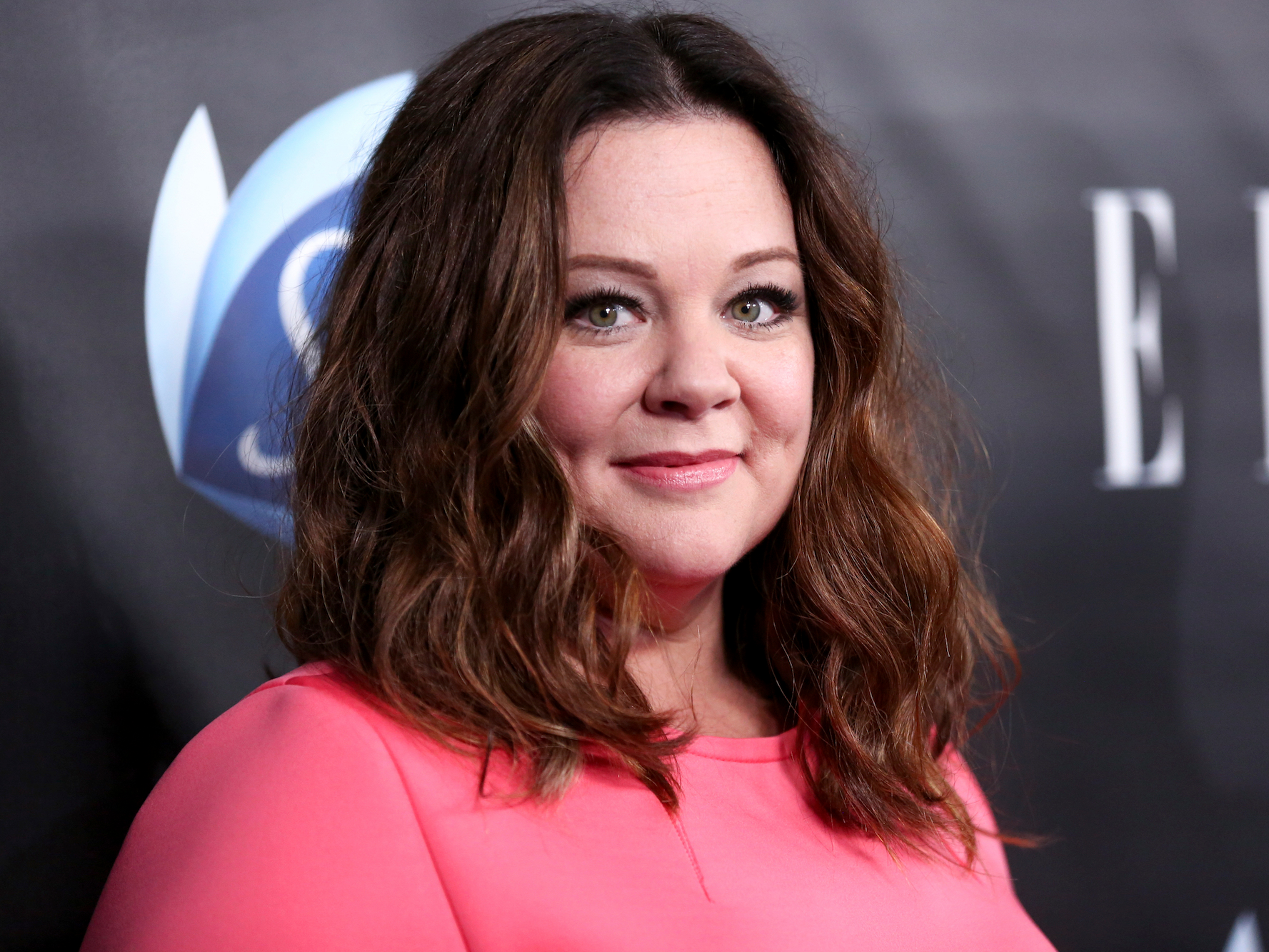 This heartwarming dramedy follows a married couple suffering a hardship. Jack heads off to deal with grief while Lilly remains in the “real” world, dealing with her own guilt and a crippling internal struggle to live with a dark secret. 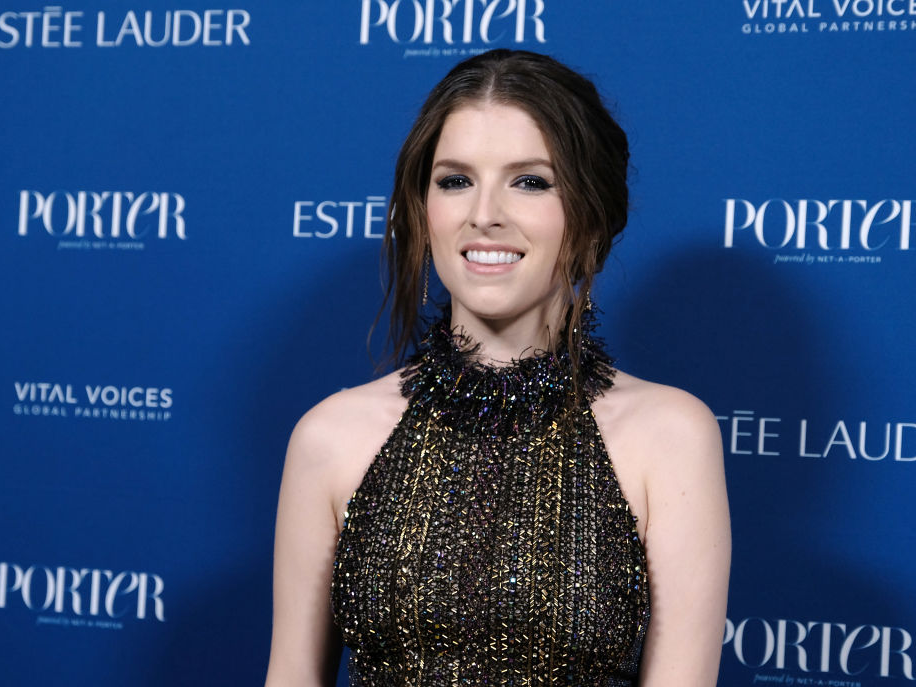 On a mission headed to Mars, an unintended stowaway (Shamier Anderson) accidentally causes severe damage to the spaceship’s life support systems. Facing dwindling resources and a potentially grim outcome, a medical researcher (Anna Kendrick) emerges as the only dissenting voice against the clinical logic of both her commander (Toni Collette) and the ship’s biologist (Daniel Dae Kim). 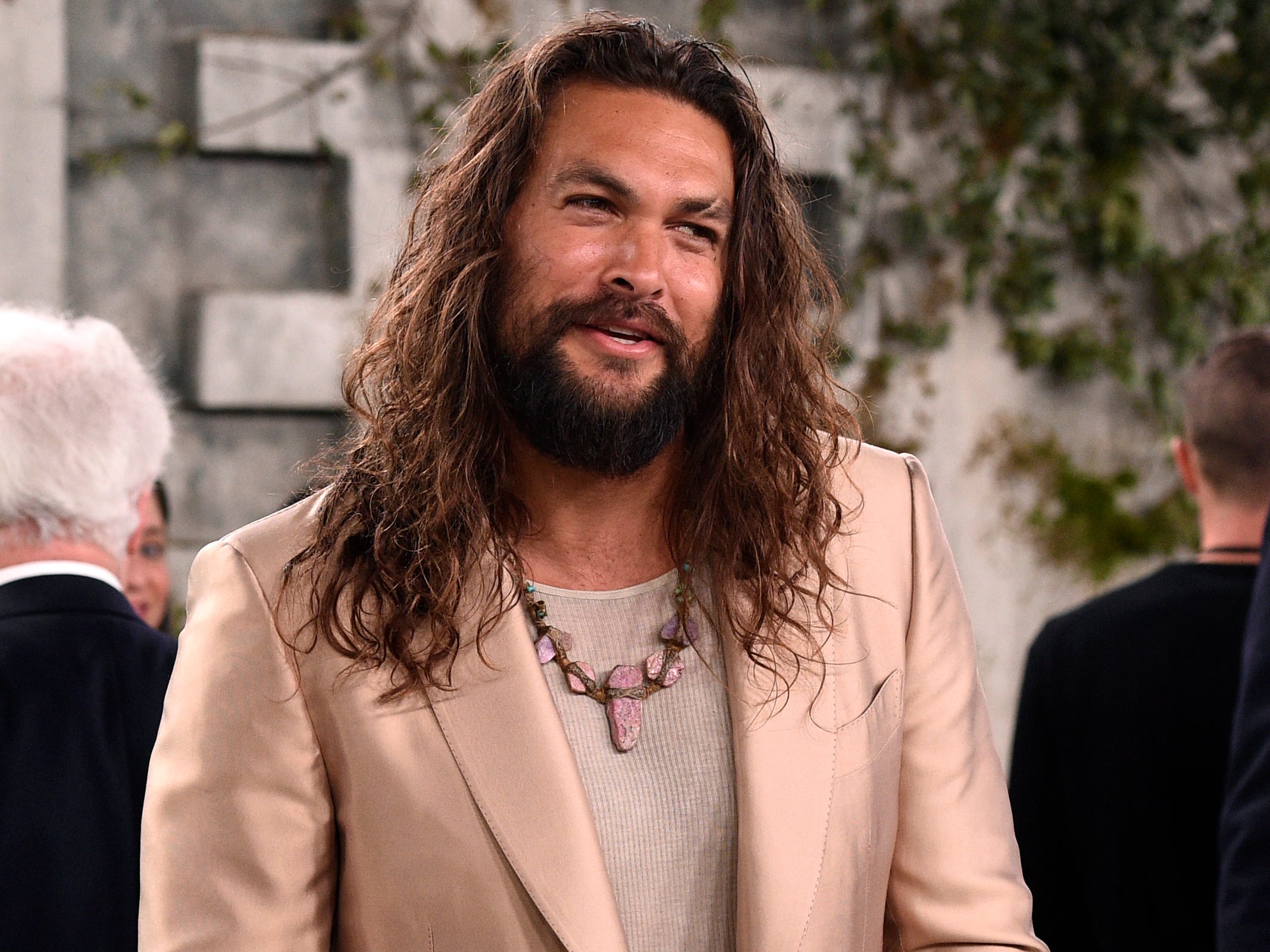 Jason Momoa stars as a devastated husband who vows to bring justice to the people responsible for his wife’s death while protecting the only family he has left, his daughter.

In a world where supervillains are commonplace, two estranged childhood best friends reunite after one devises a treatment that gives them powers to protect their city.

Set in 1990, this drama tells the story of Jon, an aspiring theatre composer who is waiting tables in New York City while writing “Superbia” – which he hopes will be the next great American musical and finally give him his big break.

“To All the Boys: Always and Forever” 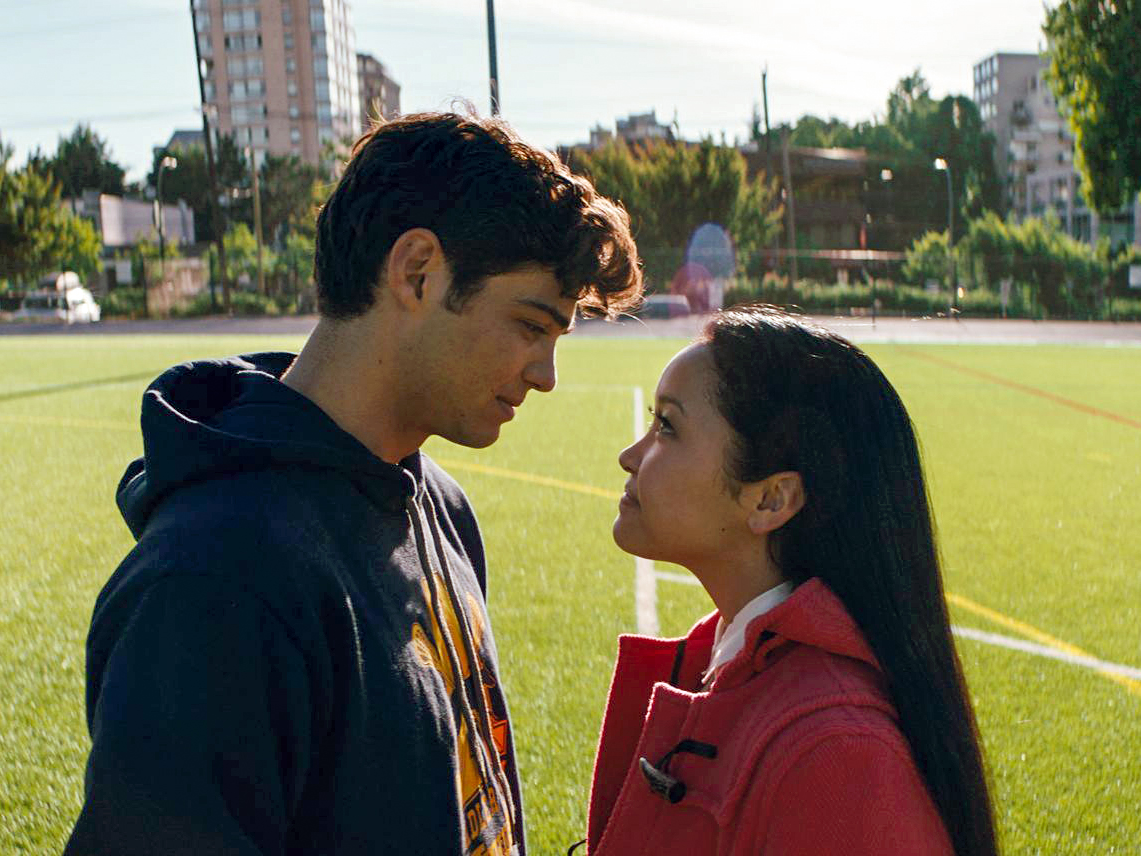 NetflixNoah Centineo and Lana Condor star in ‘To All the Boys…’ movies.

As Lara Jean Covey prepares for the end of high school and the start of adulthood, a pair of life-changing trips leads her to reimagine what life with her family, friends, and Peter will look like after graduation. Lana Condor and Noah Centineo return.

“The Woman in the Window” 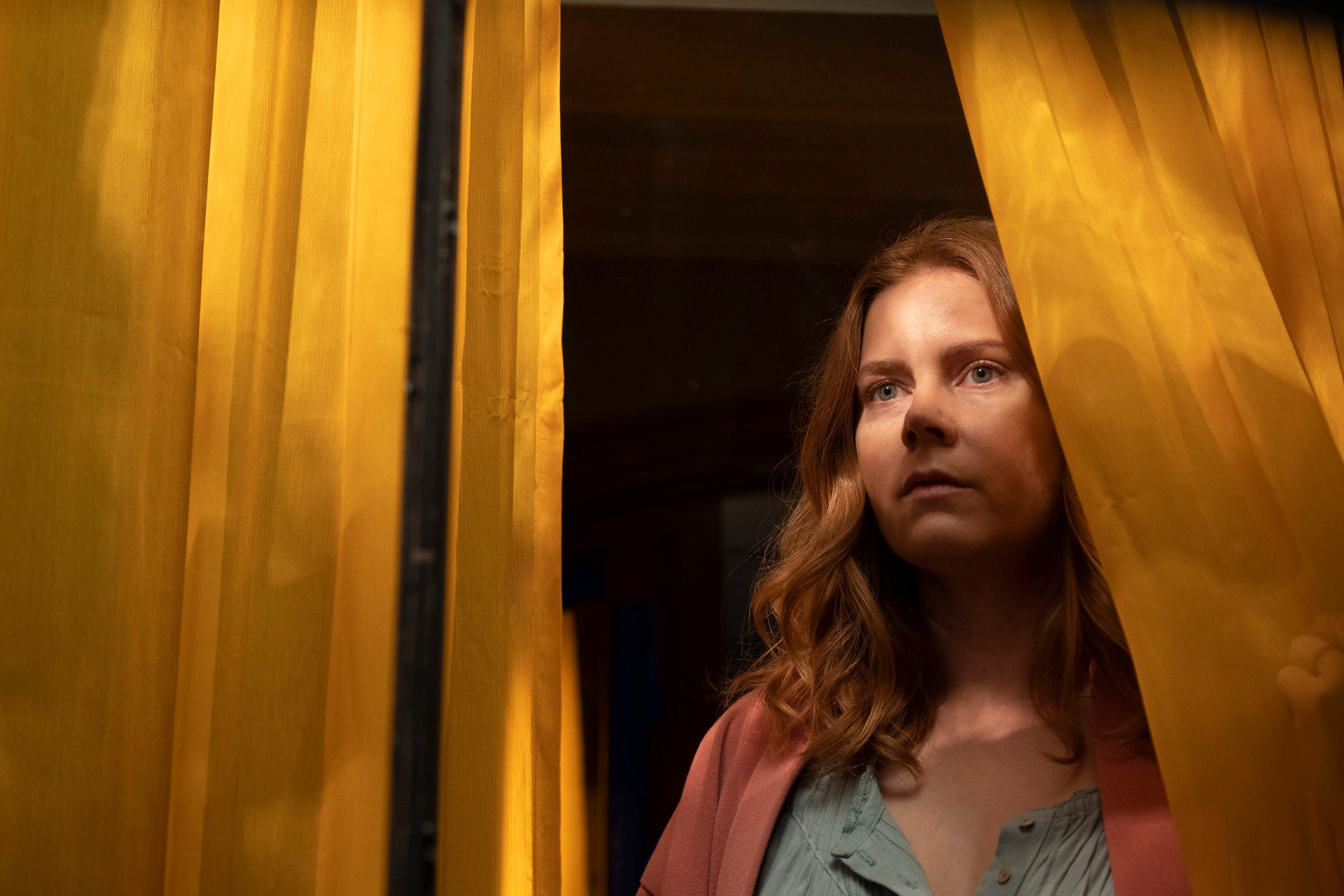 NetflixAmy Adams in ‘The Woman in the Window.’

An agoraphobic woman (Amy Adams) living alone in New York begins spying on her new neighbours, only to witness a disturbing act of violence. 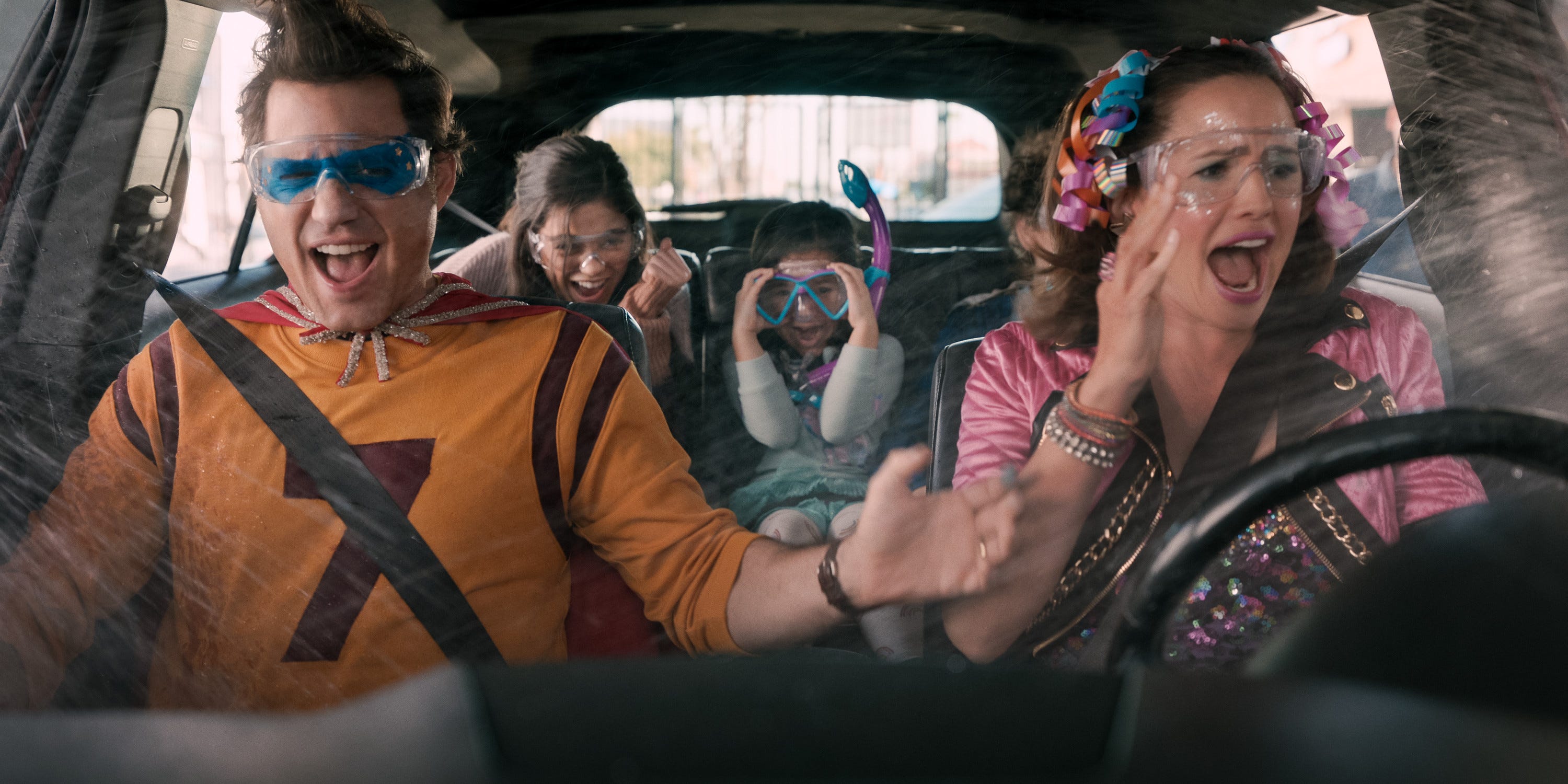 Always feeling like they have to say NO to their kids and co-workers, Allison and Carlos decide to give their three kids a YES DAY – where for 24 hours the kids make the rules.