From houses to cars and bikes, everything is getting more expensive as supply-chain issues cripple the economic reopening 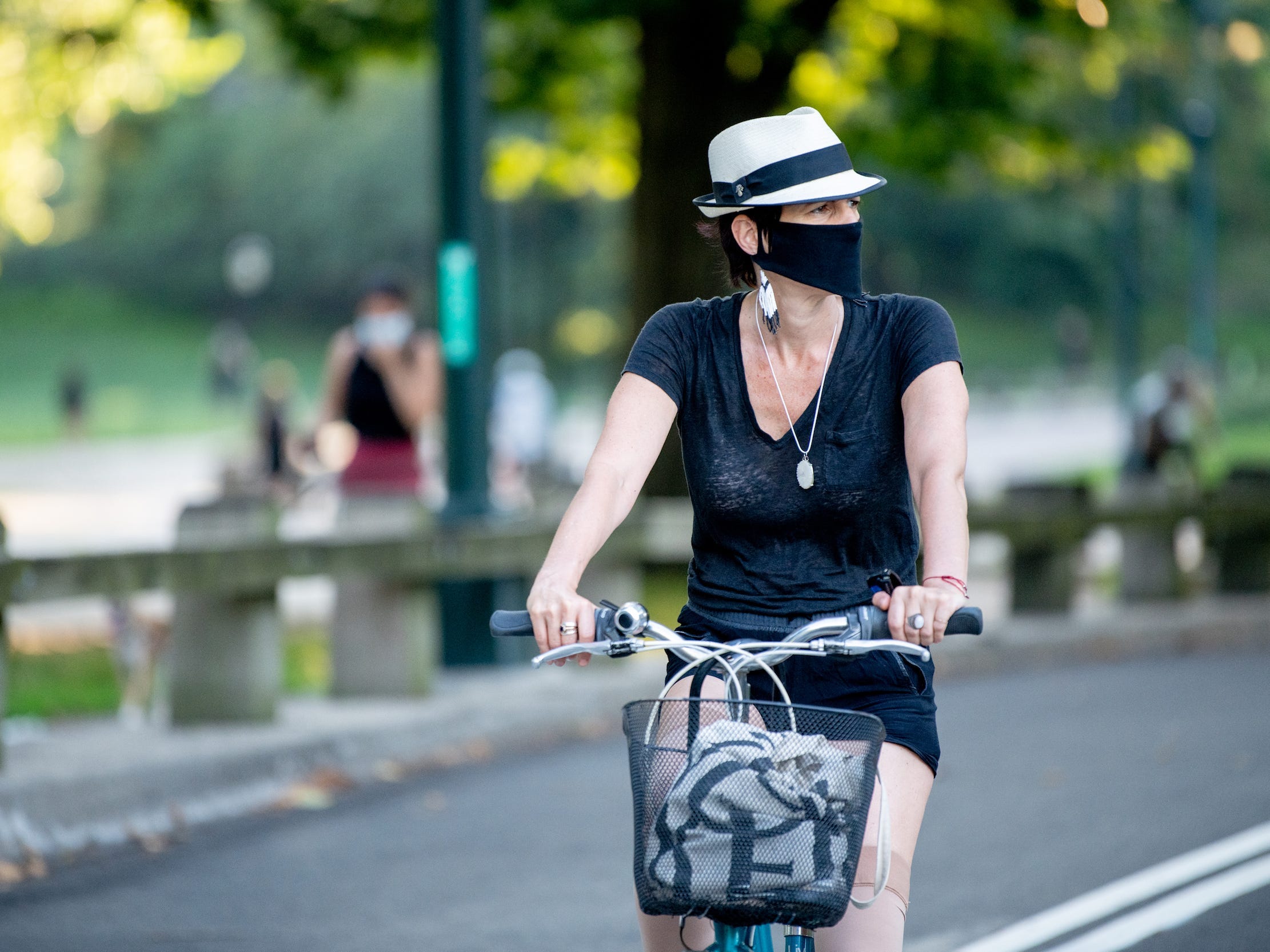 Roy Rochlin/Getty ImagesBikes, cars, and houses are getting more expensive.

You might have noticed that you’ve been shelling out more for things like houses, gas, and cars. And it’s been hard to get your hands on things like fitness gear, sofas, and roller skates.

That’s because America is reopening to a more expensive economy than the one that existed pre-pandemic.

For now, it has a lot to do with a shortage of materials that manufacturers need to make these things. When supply is low, prices climb for manufacturers, and consumers end up paying more for the end product.

The materials shortage has to do with several factors. The work-from-home economy placed unprecedented pressures on companies that both struggled to estimate demand and halted factory production for safety reasons. And as imports have picked up speed on the back of surging, unpredictable consumer behavior, US shipping ports have become unusually congested. February’s Texas Freeze compounded these problems, suspending the oil sector and the manufacturers who rely on it.

Tight capacity, low inventory, and a fiscal stimulus have created the “perfect storm” in freight transport markets, according to a recent UBS note by a team led by Thomas Wadewitz. Supply deliveries are at their highest level in 40-plus years, Jan Hatzius wrote in a Goldman Sachs note.

It’s a sign that both big-ticket and everyday items, from hot tubs and bikes to meat and cheese, are costing a whole lot more because of the unusual conditions created by reopening.

The work-from-home economy messed things up

Not knowing what the work-from-home economy would do to consumer behavior, many companies didn’t accurately forecast demand.

Car, smartphone, PC, tablet, and TV companies all underestimated what consumers would want, The Wall Street Journal reported. The quarantined and bored were hungry to buy electronics, and these companies are now grappling with a semiconductor shortage.

It’s been a big problem for US auto factories. Without enough chips, car manufacturers including Ford and General Motors suspended their factories, leaving dealerships with low inventory and Americans paying premium prices for cars. 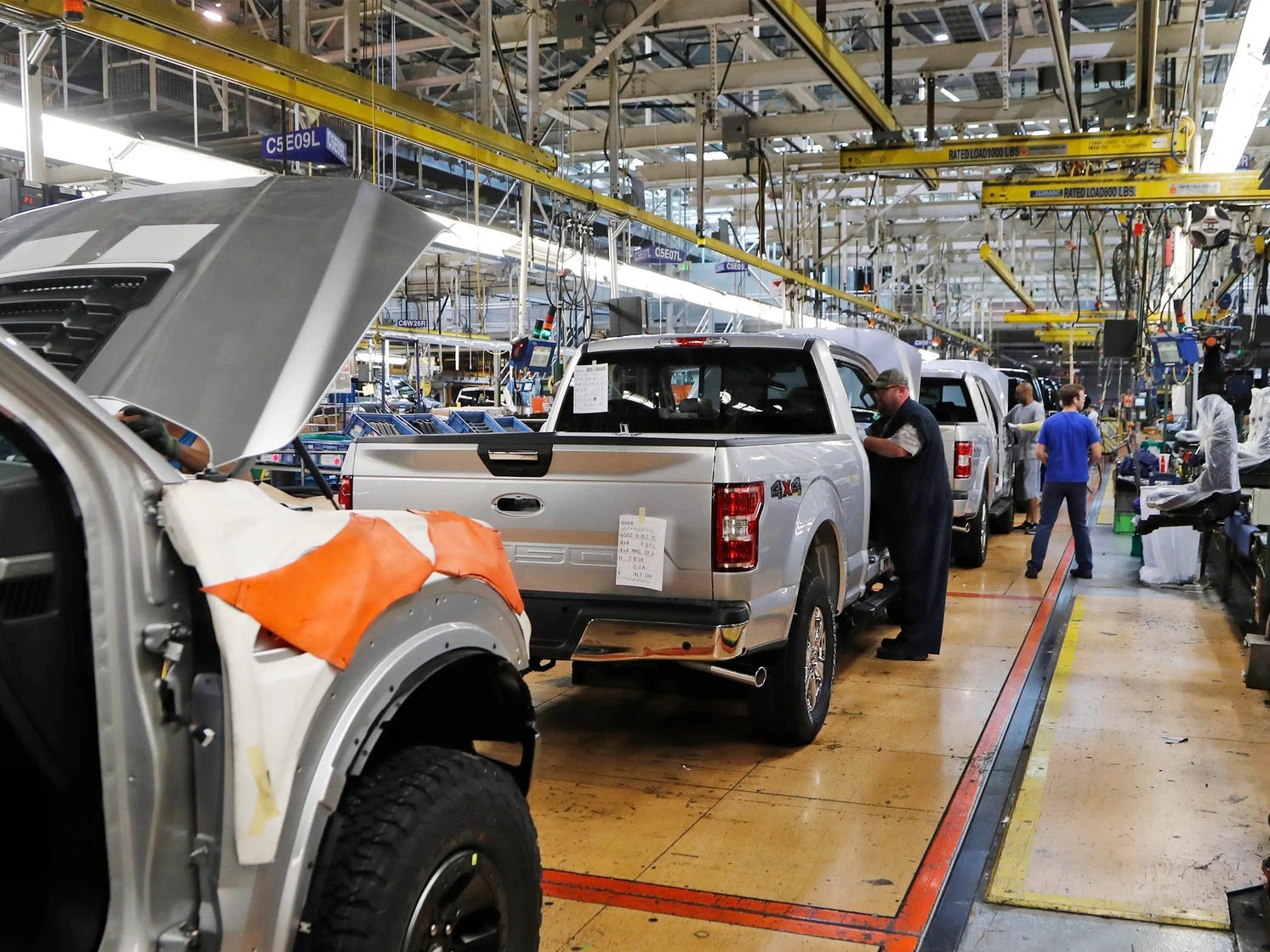 Associated PressAutomakers like Ford have temporarily shut down some of their factories.

John Neuffer, the president of the Semiconductor Industry Association, told The New York Times that while chip companies have been working hard to meet demand, it takes time to develop such complex products.

Pandemic work restrictions also left some companies with not as “many people at the sawmills, or as many people in the foundries making steel,” Ben Ayers, economist at Nationwide, told Axios. Fewer workers has meant slower production and higher prices for the products that have been made.

It’s why new houses had unexpected price increases of $US24,000 ($31,012) on average (on top of the general nationwide rise in housing prices) compared to pre-pandemic, per a National Association of Home Builders report. Lumber factories shut down almost immediately last March due to safety restrictions. When the housing market opened up, Americans bought more new houses than the lumber industry could keep up with. As demand spiked, lumber prices jumped by almost 200% since April 2020.

The demand is clogging shipping ports

Increased demand for goods has caused a surge in imports, overturning the pandemic’s decline in international trade and clogging shipping ports in the process.

West Coast shipping facilities have been congested since December, when many factories stayed open through the holidays to meet demand, causing a US port backlog, per a recent Bank of America Research note by a team led by Yingchen Li. Stimulus checks and the prospect of a post-vaccine world have kept consumers spending well past the holidays when imports typically died down.

Loaded imports at the Port of Los Angeles have increased by 52% from February 2020 to February 2021. The port’s executive director, Gene Seroka, told Glossy that it’s seeing more than 15 ships per day, compared to 10 ships per day pre-pandemic, with shipment processing time increasing on average from two days to eight. Also, about 800 of the 15,000 port workers are on leave for pandemic-related reasons. 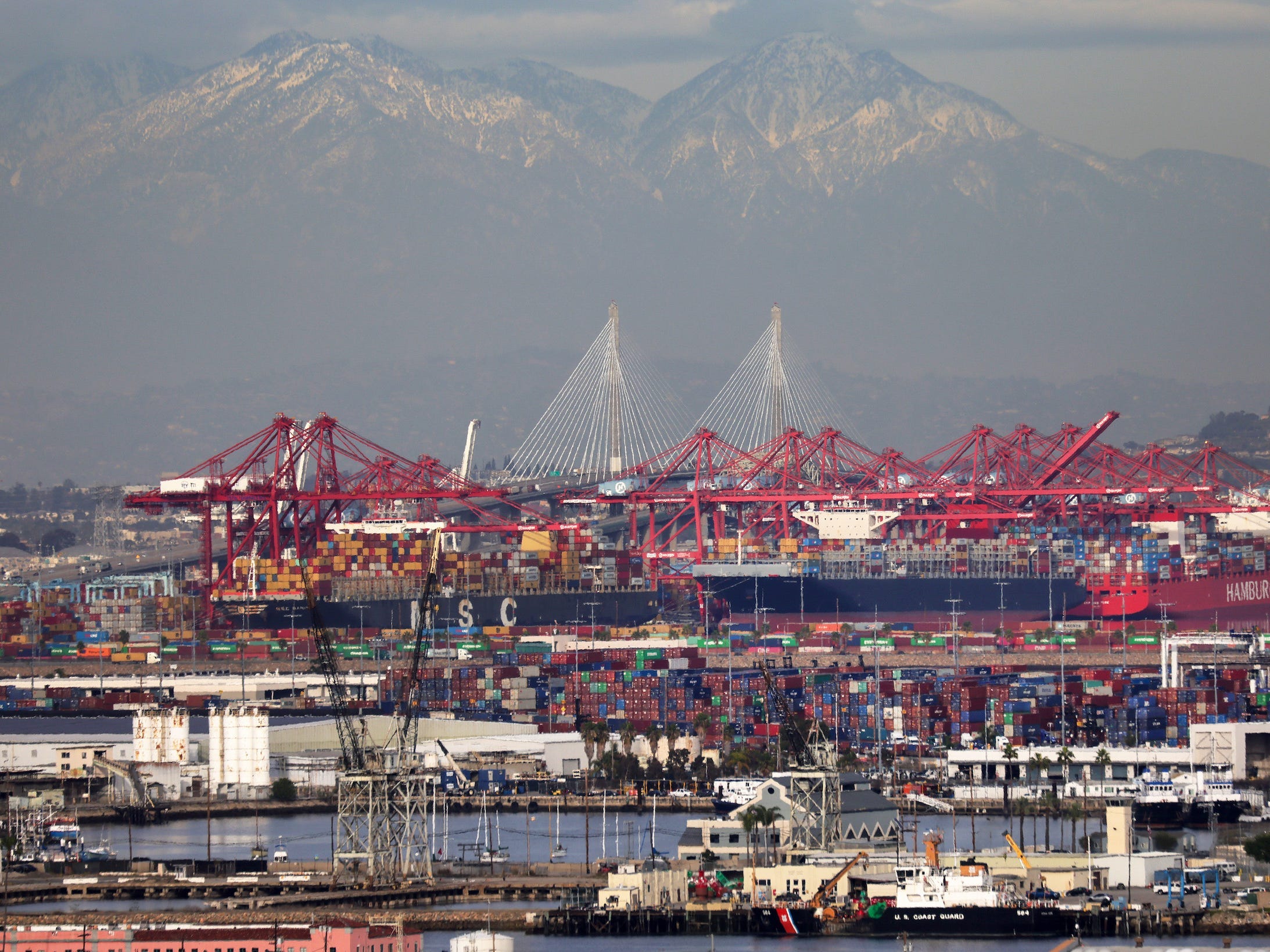 Roy Rochlin/Getty ImagesThe Port of Los Angeles on February 1, 2021. As of January 28, a record 38 container ships were on standby to offload cargo to the ports of Long Beach and Los Angeles.

“Everyone is spending money on tangible goods instead of services,” he said. “Because of COVID, we have fewer workers on the floor, which means we sort through cargo slower and there’s a lack of exports out of the country, which makes it harder for the shipping companies who rely on round trip economics.”

Consequently, shipping container costs have tripled over the last year along routes from East Asia to the US, according to Goldman Sachs, trickling down to Americans to cover some of the price hike.

Port congestion isn’t just kicking up the prices of goods and delaying shipping time for consumers, but hurting sales for companies. Nike said its inventory supply in North America was delayed by more than three weeks during its most recent fiscal quarter. A UBS bank note from Friday estimated that at about 21% of Nike’s quarterly North American sales, or about $US500 ($646) million.

The deep freeze that took over Texas in February hasn’t helped matters.

It slammed the US energy sector, halting a fifth of the country’s oil refining capacity. Gas prices were already on the rise as cars increased in popularity during the pandemic. That oil became scarce during a natural disaster only added fuel to the fire, pushing up crude oil prices and thus the cost of gasoline. Gas prices are now over $US2 ($3).50 ($3) after plunging to less than $US2 ($3), per NPR.

“In 1989, the last time it got this cold [along the Texas Gulf Coast], the refineries froze and the price of heating oil more than doubled,” AccuWeather founder and CEO Joel N. Myers told The Street last month. 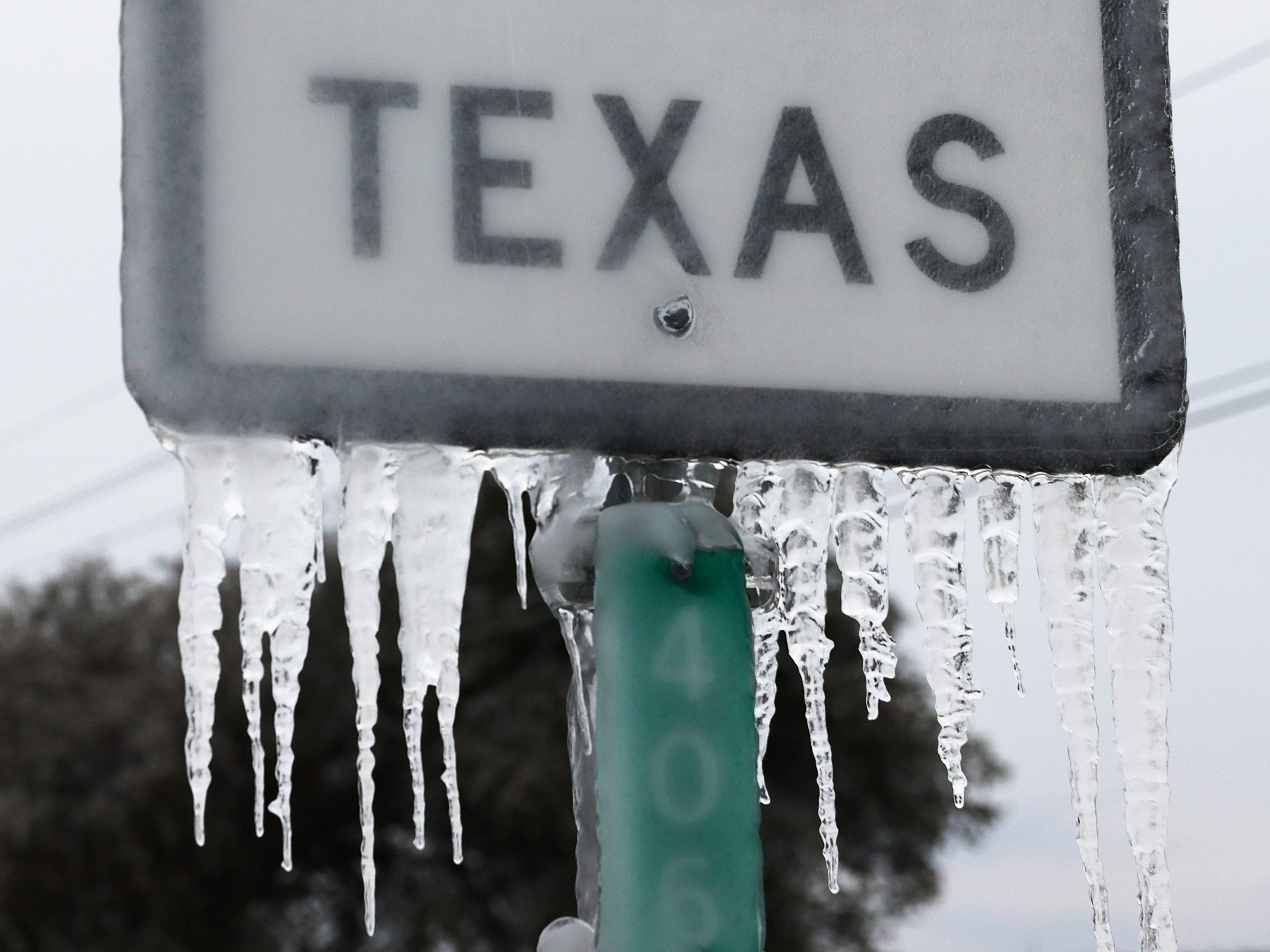 Many petrochemical plants, which convert natural resources like oil and gas into plastic products, shut down during the storm, creating a plastics shortage that left retailers and car makers fighting over materials.

Howard Ungerleider, chief financial officer of Dow Inc., said at a recent conference that the storm had caused plastic prices in Asia and Europe to rise and it would take six months to restore the balance. “What we saw with the freeze is we’re one issue, one weather event away from supply-demand tightening operating rates, and so it doesn’t take much to tilt the market,” he said.

The freeze also affected other industries that rely on the energy sector. Carmakers like General Motors and Ford suspended operations at some factories in southern locations to conserve gas. If you remember, this industry already halted production elsewhere due to the semiconductor shortage.

It’s too soon to say how long these shortages will last and what their long-term effects will be.

The Biden administration has plans to meet with auto companies and suppliers on how to tackle the semiconductor shortage, The Times reported, but recognized its efforts might only go so far due to global competition for chips.

And Federal Reserve Chairman Jerome Powell said in a recent press conference that he thinks supply chains will be able to acclimate to growing consumer demand. “It’s not like the supply side will be unable to adapt to these things,” he said. “It will – the market will clear. It just may take some time.”

While the National Retail Federation expects the pandemic spending shift from services to goods to reverse as restrictions lift, it’s forecasting a year of record retail sales growth for 2021 widespread vaccination, Li’s team wrote for Bank of America Research. This would cause a further influx of imports.

But Goldman Sachs found strained supply in shipping would have a “fairly limited impact” on consumer prices because shipping costs outside of East Asia have seen smaller price increases and total shipping costs are only a fraction of a good’s final price. It estimated elevated shipping costs would boost year-over-year consumer inflation by slightly less than .1%

However, Goldman doesn’t anticipate disruptions to the supply chain abating until early 2022. Until then, it said the stimulus will continue to drive demand and the pandemic will continue to rattle the transportation of international goods, keeping consumer prices higher for the rest of the year.