'It's pretty dire': Montgomery mayor says there are 'just a handful' of ICU beds left as Alabama reopens theatres, summer camps, and daycare 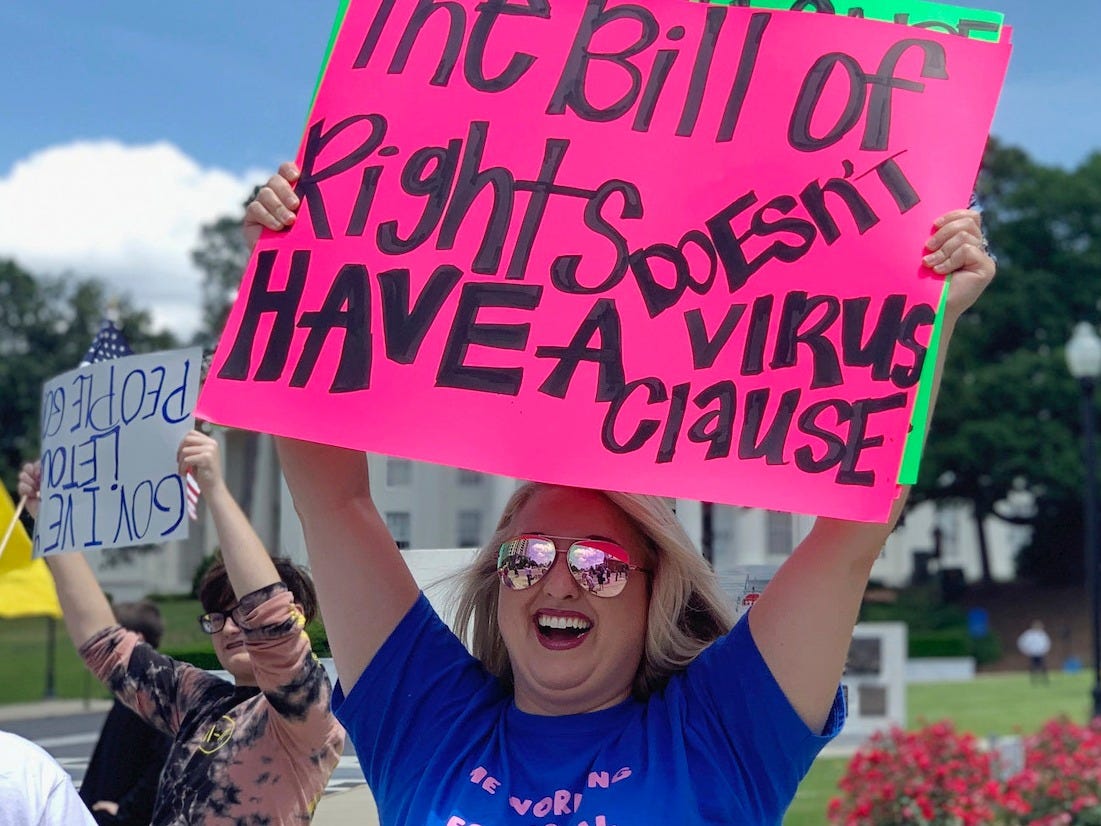 Kim Chandler/AP ImagesKimmy Tillery, a hairdresser from Tuscaloosa, Alabama, at a protest to reopen the economy outside the capitol, in Montgomery, on April 21.

Montgomery, Alabama, Mayor Steven Reed is sounding the alarm as his city’s hospitals near their breaking point and the state’s conservative governor rapidly loosens social-distancing policies and reopens businesses.

Reed told Insider in a Thursday interview that the state capitol was “down to just a handful of ICU beds” as Covid-19 patients flood the city’s hospitals, which have begun sending overflow acute-care patients to Birmingham.

“It’s pretty dire,” Reed, a first-term Democrat, said. “More people are coming in [to the hospitals] and they’re coming in in worse shape.”

At a press conference on Wednesday, Reed warned of a hospital-bed shortage, saying his city’s healthcare system had been “maxed out.” He blamed the surge in new infections on the statewide loosening of social-distancing policies, and said his city’s hospitals were seeing a significant influx of patients from neighbouring rural areas, where healthcare systems are weaker.

It all comes as reports emerged that the White House considers Montgomery one of the country’s top virus hotspots. A research team at Philadelphia’s Children’s Hospital recently said that the entire state of Alabama could see a resurgence of the virus over the next month as reopenings continue.

On May 11, salons and gyms reopened and restaurants resumed serving customers in their dining rooms. Ivey is quickly loosening other restrictions, including allowing groups of all sizes to gather, as long as people remain six feet apart. Theatres, music venues, daycare, and summer camps are all permitted to reopen starting on Friday, and schools are set to reopen next month.

But Reed thinks the state is reopening too quickly.

“I would have preferred a slower reopening, a more cautious reopening,” the mayor told Insider.

But, he added, “We’re here now, and we’re going to have to manage the circumstances.”

He said the business community and others influencing Ivey’s decision have been impatient to get back to normal and don’t want the government telling them what to do.

Ivey conceded that Alabama’s infection rate was “not as good as we would hope” during a Thursday press conference announcing the reopenings. But she argued: “We cannot sustain a delayed way of life as we search for a vaccine. It’s not realistic to believe we’re going to keep everyone totally isolated from each other.” 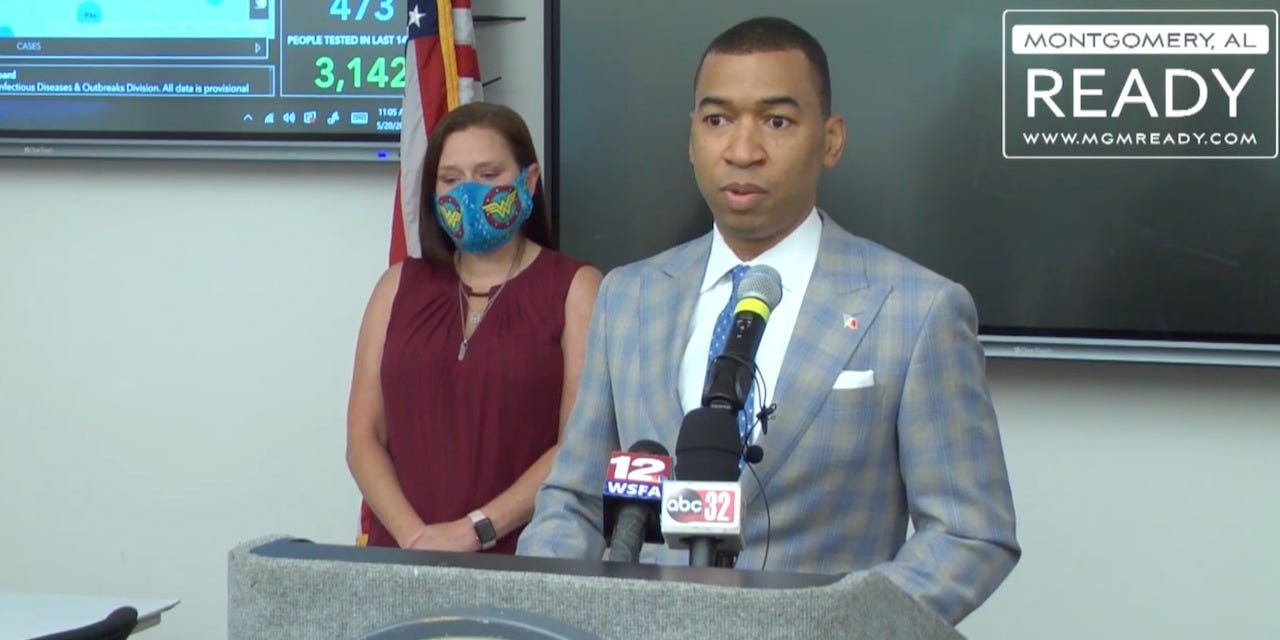 The mayor said he and other state and local leaders should be ready to issue a new stay-home order if the situation continues to deteriorate or there’s a new wave of infections down the line. But he said that without help from the federal government on testing and contact tracing, localities may not be able to fight off a resurgence of the virus.

“I’m not sure cities and states, much less small businesses, are going to be able to adequately deal with a second wave, should one come at another point this year due to an outbreak or another surge in cases, if there’s not a different approach to this virus,” he told Insider.

Reed says many in his city and state are “letting down their guard” and beginning to go about life as normal as the state reopens. He’s urging his constituents to stay home as much as they can and is considering implementing new restrictions in the city.

As of Thursday, Alabama had 13,288 confirmed COVID-19 cases and 528 deaths, according to data published by Johns Hopkins University. Montgomery County has the second-highest case load of any county in the state.

A call for federal help

Reed, who is Montgomery’s first African-American mayor, said he wants the country to recognise that black and Latino communities were suffering disproportionately from the public-health and economic crises because of systemic inequality.

“The nation has to acknowledge the racial disparities don’t exist because people don’t want to do their part to narrow that gap,” he said.

And more broadly, working-class and lower-income Alabamians don’t have the resources to ride out an extended crisis.

As a result of the pandemic, the city of Montgomery is facing a 20% to 25% revenue shortfall this year, which will require the government to cut funding for a range of social services.

Reed wants the federal government to send funding for cities and states – something congressional Republicans have pushed back on. The mayor argued that, without federal support, already underfunded local governments will fail their citizens and inequality will deepen.