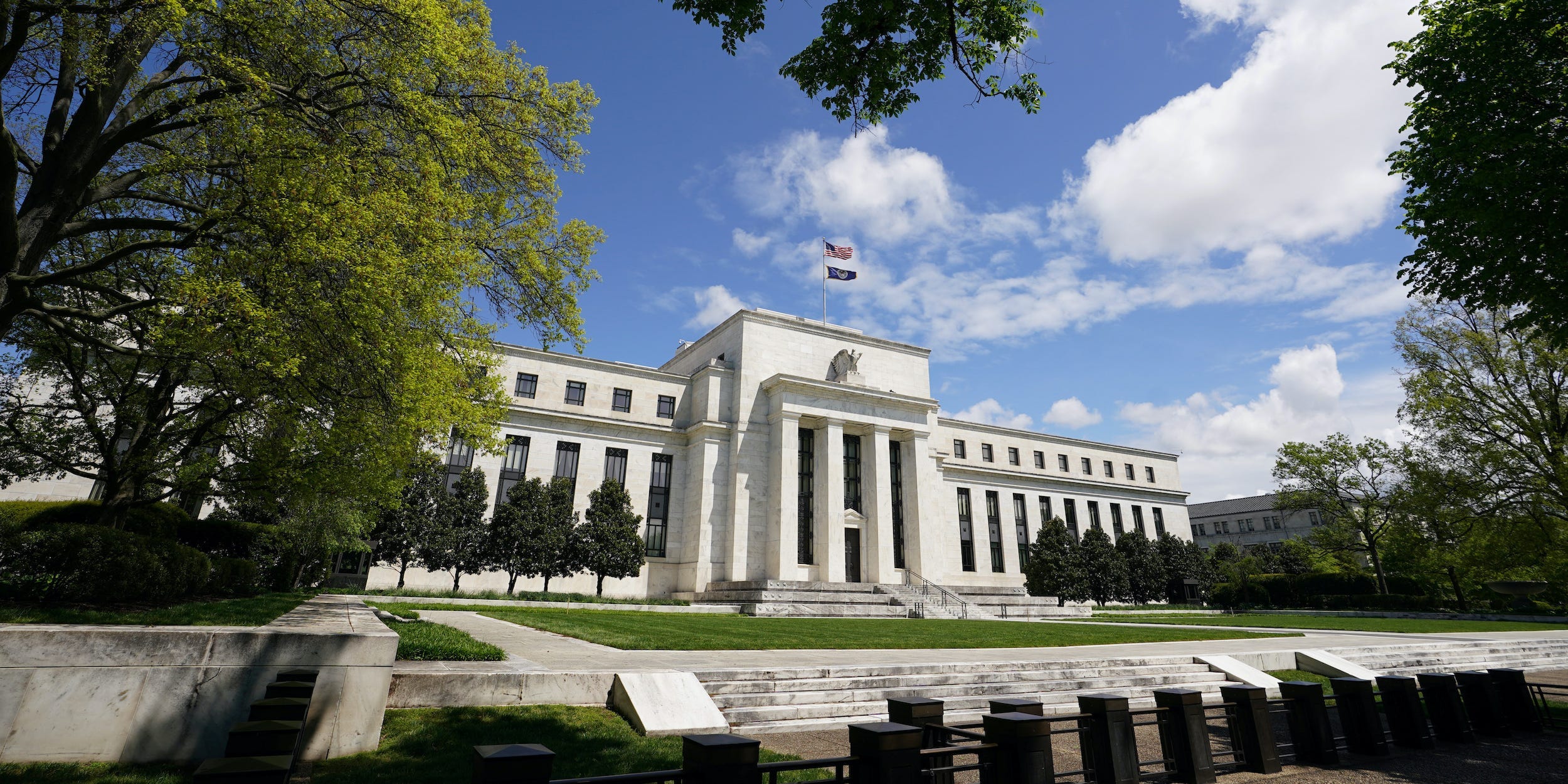 Kevin Lamarque/ReutersThe Federal Reserve building is set against a blue sky, amid the coronavirus disease (COVID-19) outbreak, in Washington, U.S., May 1, 2020.

The growth of some companies to near-monopoly status exacerbated several plights in the US economy, Federal Reserve researchers found in a recent study.

The income share of the top 5% of households grew from 21% in the early 1980s to more than 34% just before the financial crisis, according to the paper. Those same households saw their net worth balloon by roughly 186% from 1983 to 2016. In all, the concentration of wealth among the richest households forced poorer populations to borrow more just to get by, the researchers wrote.

The fact that such trends “have realised over a time period in which the investment-to-output ratio has steadily declined suggests that the rise in market power” was the “driving force” in widening the wealth gap, they added.

The harm doesn’t stop with lower- and middle-income Americans, according to the study. The trends collectively increase financial instability throughout the economy by ratcheting up the credit-to-GDP ratio and leaving companies with an increasingly large share of earnings. When the US fell into the 2008 recession, those shifts escalated the country’s economic damage.

Raising the dividend income tax for massive corporations and using such revenues to boost social spending is just one such policy that can counteract the decades-long concentration of market power, they added.


Read more:
Michael Venuto’s firm provides unique ETFs that have returned as much as 60% for investors this year. He breaks down his process – and shares the ‘anomaly’ investors need to watch today.