After keeping interest rates near-0% for exactly seven uninterrupted years, it appears the Federal Reserve will finally hike rates.

“We are now in the final countdown,” Stifel’s Lindsey Piegza said on Friday.

An increase to the Fed’s benchmark rate would be the first hike since June 2006. During the darkest hours of the financial crisis, the Fed pulled its benchmark rate down to a range of 0.00% to 0.25% in December 2008 in an effort to stimulate the economy.

Even economists like Stifel’s Piegza, who believes the economy isn’t ready for higher rates, begrudgingly acknowledges that the Fed will hike even though she believes they shouldn’t.

For Piegza, the issue is inflation, which continues to be largely absent. And she believes that’s also a reflection of weakness in the labour market where wage growth remains low.

“Do I think it is the right policy move? No. Do I think that data is there? No,” she said to Business Insider. “But do I think we will see a 25 basis point increase move based on the Fed giving in to market expectations, and the schedule is set.”

Piegza’s peers would at least counter with the fact that expectations for inflation and wage growth have been firming up. Furthermore, they’d also point out that a rate hike of 25 basis points would still keep rates near their lowest levels in US history. And if you look at the big picture, almost every major measure of economic health has improved substantially since the recession.

For most economists, the question is no longer “if” the Fed hikes rates on Wednesday. The question is “what” will they say about what happens next.

So while we wait anxiously for the Fed’s announcement to drop on Wednesday, here’s your Monday Scouting Report:

With the Fed expected to hike rates, what can investors expect out of the stock market?

It will be a learning experience for all of us to see how all of this unfolds. 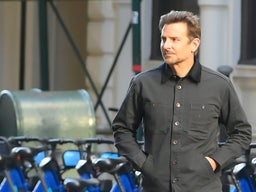 Bradley Cooper revealed he was held at knifepoint on a New... 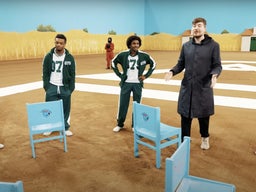 MrBeast’s ‘Squid Game’ is already one of his most popular YouTube...

Josh Duggar’s trial starts on Tuesday. The former ’19 Kids and...

Former bankers — including one who quit Goldman Sachs to play...