When Mondaire Jones jumped in the race for New York’s 17th Congressional district in July 2019, he was setting up a primary challenge to the longtime Democratic incumbent, US Representative Nita Lowey.

Jones, a lawyer who supports the Green New Deal, Medicare for All, a $US15 minimum wage, and the cancelation of student loan debt, felt that the district needed a bolder and more progressive voice. However, in October 2019, Lowey announced that she would retire at the end of her term and Jones found himself running for an open seat.

The district, in the northern suburbs of New York City, encompasses much of Westchester County and all of Rockland County. It is a mix of middle-class towns and villages, along with some of the most affluent communities in the country.

Jones, 33, grew up in Spring Valley, a village in Rockland County, where he was raised by his mother in Section 8 housing. He attended the local public schools before heading off to Stanford University and then Harvard Law School.

In his professional career, Jones has worked at the Department of Justice under then-President Barack Obama, where he dealt with judicial nominations for the White House, and also served as a litigator at the Westchester County District Attorney’s office.

Jones, who watched multiple Obama judicial nominees endure lengthy Republican-initiated hearing delays while at the DOJ, has also been a longtime advocate of expanding the Supreme Court.

“This is not a question of whether we want to do it or not,” he said. “We have to restore balance and preserve our democracy.”

In the June primary, Jones easily defeated seven other candidates, becoming the favourite to win the Democratic-leaning seat on November 3.

If elected, Jones would be one of the first openly gay Black men to be elected to Congress. (Ritchie Torres, from the nearby 15th Congressional district of New York, identifies as Afro-Latino and is expected to win on Election Day.)

Jones recently spoke with Business Insider about his campaign. Below are edited excerpts from that interview.

Q. If elected to the House, how do you view your role influencing possible court reform measures that would largely be under the Senate’s purview?

A. Article III of the US Constitution vests the authority to create the federal courts and alter the size of the Supreme Court. There could be court expansion included in H.R. 1 [the sweeping voting rights and ethics legislation that House Democrats passed in March 2019, which was blocked by GOP Senate Majority Leader Mitch McConnell of Kentucky], which is what a democracy reform package should look like. We have to add judges at all levels of the federal judiciary in order to insure that litigants get the justice that they deserve.

How would you tackle the student loan debt crisis?

For the vast majority of people, a college education is required, while wages have stagnated. The cost of college and amount of debt that people carry after graduation has significantly increased. 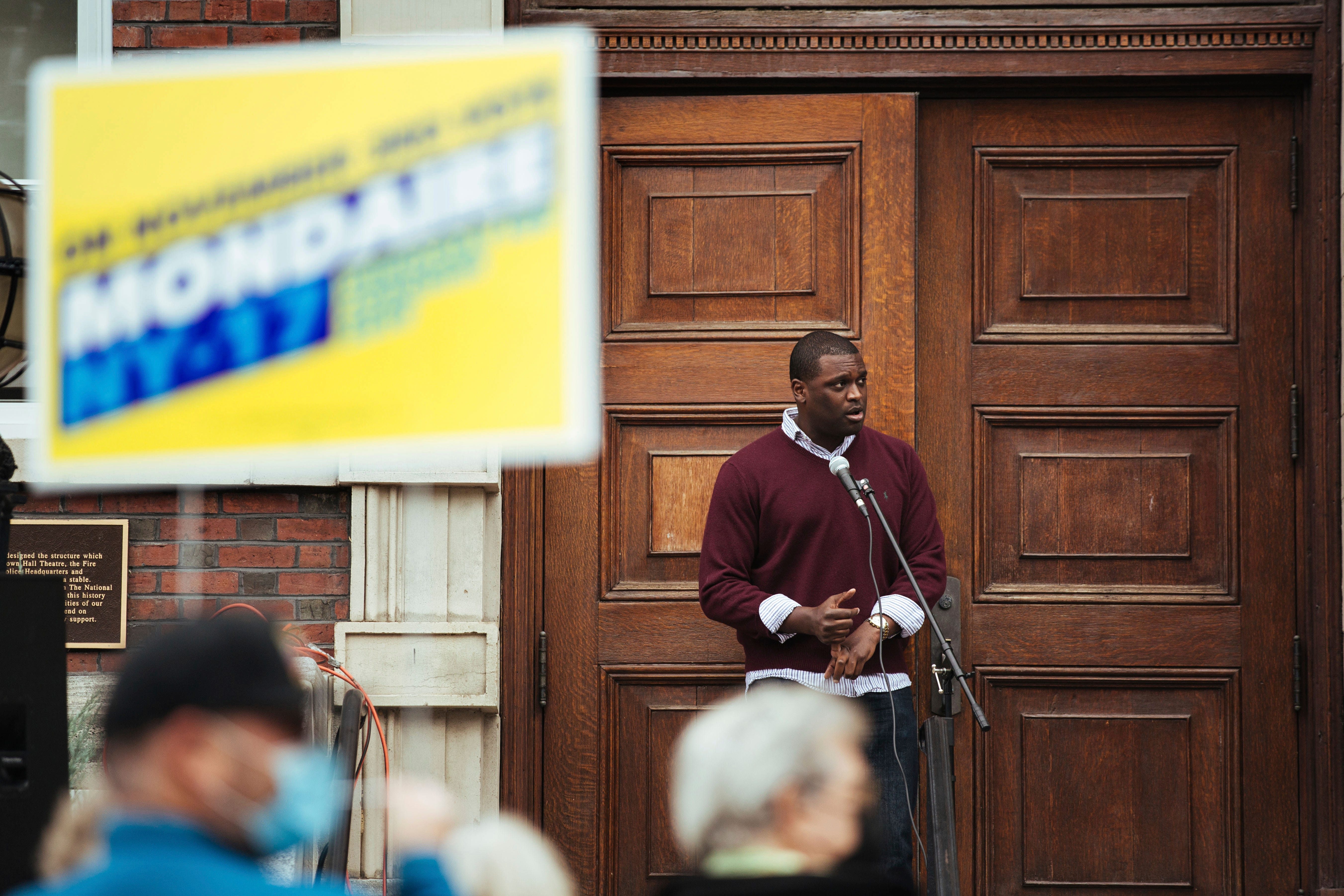 My proposal is to make sure that all public colleges and universities are tuition-free, while forgiving the college debt that current exists. It will liberate an entire generation to fully participate in the economy.

What would you say to those who feel that tuition-free college can’t be accomplished?

The data shoes that debt forgiveness is a boon to the economy. We’re already paying for not making college affordable and accessible to all. The student debt crisis at the undergraduate level is $US1.7 trillion nationally, yet we passed a COVID-19 relief bill earlier this year that involved spending more than that.

There hasn’t been a stimulus measure signed into law since this April, with little relief in sight to unemployed Americans and small businesses. What would your ideal stimulus package look like?

It has to be some iteration of what [Congresswoman] Maxine Waters proposed. Until the coronavirus crisis is over, there would be monthly checks of $US2,000 for every adult and $US1,000 for each child, as opposed to a one-time check. The previous bill [CARES Act] didn’t even take into account college students. There would be rental assistance for our small businesses, many of which are really struggling right now. [Washington State Congresswoman] Pramila Jayapal’s Paycheck Guarantee Act would ensure that people remain employed with their salary and benefits. The package has to include trillions in aid for state and local municipalities that are really struggling to provide essential government services.

What are some environmental priorities that you’d like to see in the US?

Investing in green infrastructure would create 20 million new jobs. Incinerators are often built in majority-minority communities, resulting in higher asthma rates for residents. We have to tackle environmental injustice and racism, which means prioritising investments in underserved communities impacted by adverse decisions.