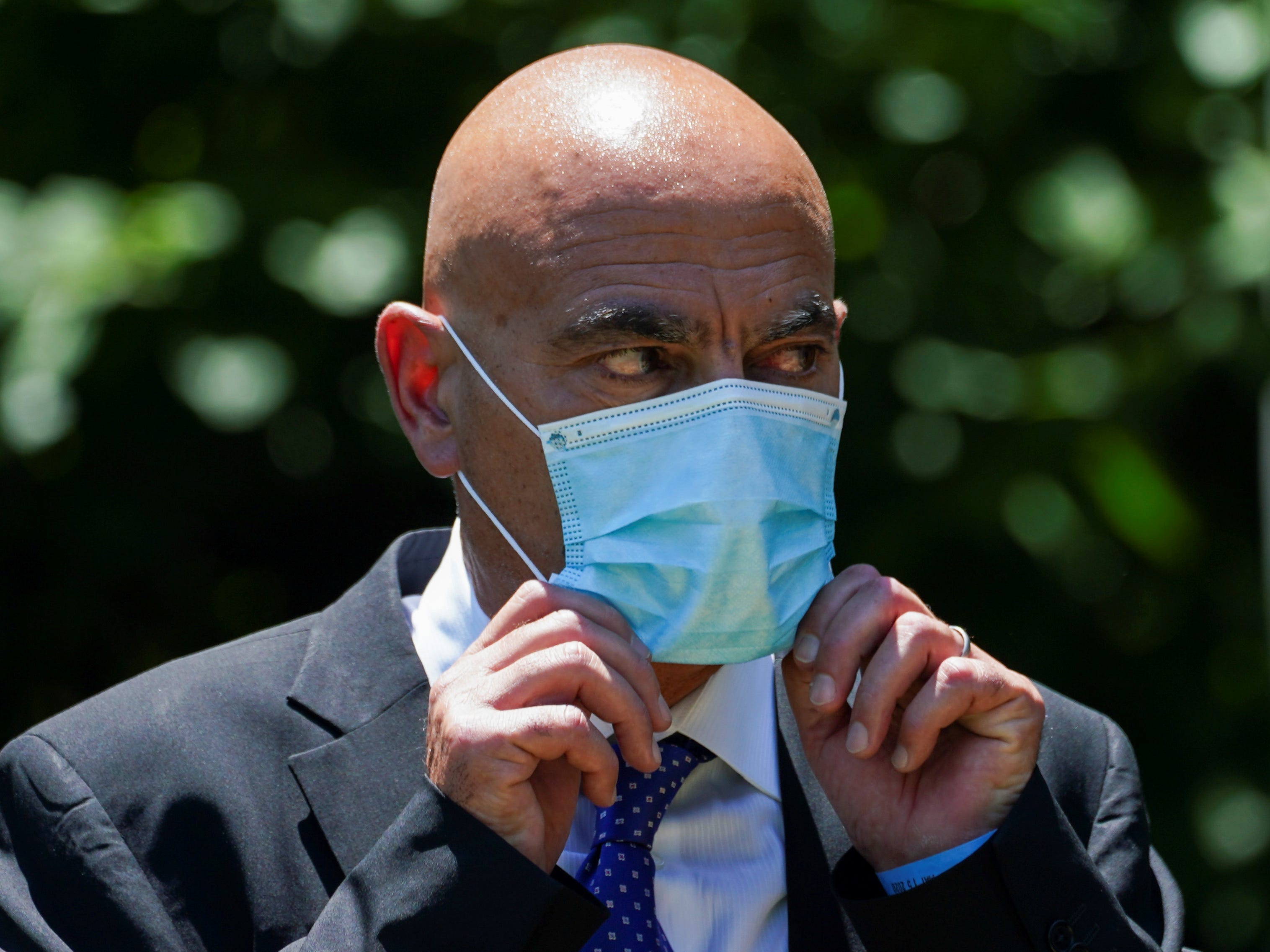 The chief scientist of Operation Warp Speed, the US government’s initiative to accelerate coronavirus vaccines, told Business Insider he anticipates the leading vaccines to have data and approvals coming out in three waves over the next few months.

“We’ll have three waves of efficacy readouts and potentially three waves of emergency use authorizations or approvals,” Moncef Slaoui, the policy advisor of Operation Warp Speed, said in a phone interview with Business Insider this week.

Those waves of COVID-19 shots should change the pandemic’s trajectory over the next six months.

Slaoui estimated that by the end of January, vaccinating the most vulnerable populations can reduce the deadliness of the outbreak.

And by the end of March, Slaoui hopes to also have immunized a large chunk of frontline workers and first responders, which should slash the transmission rates of the virus.

“Optimistically, I would hope by the summer we are substantially back to normal,” he said. “I would also hope that before the next flu season, we really have this virus under control.”

WATCH: Experts discuss the latest on coronavirus vaccines, including the daunting challenges ahead in testing and distributing a COVID-19 shot across the US

The second wave is AstraZeneca and Johnson & Johnson. The two could produce results in December or January, he said.

The third wave is the vaccine being developed by Sanofi and GlaxoSmithKline and Novavax’s vaccine. Both programs have yet to start the final stage of clinical trials in the US. Slaoui estimated that both are on track to start next month.

Both of those programs are most likely to produce results by next spring, according to recent modelling by Larry Corey, a virologist at the Fred Hutchinson Cancer Research Centre who is overseeing these vaccine trials.

All six of these vaccine projects have received significant funding â€” more than $US10 billion in total â€” from Operation Warp Speed. The money is being used to run massive clinical studies as well as start scaling up manufacturing now.

The contracts include the US government prepurchasing doses from each vaccine developer, giving the US access to potentially 800 million doses over time.


Read more:
Trump’s coronavirus vaccine czar is backing the FDA on safety standards that make a vaccine approval unlikely if not impossible before the election

Even if vaccines succeed quickly, there won’t be an instant return to normal, Slaoui warns

REUTERS/Siphiwe SibekoA volunteer receives an injection from a medical worker during the country’s first human clinical trial for a potential vaccine against the novel coronavirus, at Baragwanath Hospital in Soweto, South Africa, June 24, 2020.

A vaccine has become a central element of the US response to the pandemic. But multiple infectious-disease experts have told Business Insider an effective shot won’t have a drastic impact immediately, and people will still need to wear masks and socially distance as the vaccines are being rolled out.

Slaoui agreed with that sentiment. Even with a highly effective vaccine â€” Slaoui assumed 80% effective for this hypothetical â€” he advised people to continue wearing masks even after getting a vaccine.

“Continue to wear them because the vaccine may be only 80% efficacious under these assumptions,” he said. “So 20% of people may still be potentially at risk.”

On mapping out the next several months, Slaoui is assuming several of the vaccines demonstrate they’re effective and are approved. That’s far from a certainty, as late-stage trials are now running to figure out how well these vaccines prevent COVID-19, if they do at all.


Read more:
5 experts lay out how they will determine whether a coronavirus vaccine is really safe and effective â€” here’s what to know to evaluate the data for yourself

Effective vaccines could change the trajectory of the pandemic

But Slaoui is optimistic the multiple vaccines will have a significant impact on the pandemic’s trajectory within the next few months.

By the end of January, Slaoui expects there will be enough doses to immunize the most vulnerable population, particularly the elderly and people with significant comorbidities. Even though vaccine supply will be extremely limited these next few months, by prioritising the doses to toward the highest-risk people, Slaoui said that should blunt the pandemic’s deadliness.


Read more:
One key slide reveals who will be first in line to get a coronavirus shot in the US when a vaccine becomes available

“If we immunize those people, and we will have enough vaccine doses to immunize them, I do think there will be, by then, a change in perception,” Slaoui said. “This is going to go from something that has unfortunately killed 210,000 people in seven months to something that is going to be killing a dramatically lower number of our US citizens.”

Vaccine supply will ramp up month-over-month, Slaoui said. By the end of March, there should be enough vaccine to immunize frontline workers and first responders. This will counter another of the pandemic’s most troubling features: its contagiousness and rapid spread. People working in these essential frontline jobs can rapidly transmit the virus, Slaoui said, so immunizing them should significantly decrease transmission rates.

“I think on the other side of March, I would hope we get into a new phase where the R-zero is very low, the number of new cases are very low, and we are immunizing the rest of the population in a context of very low transmission,” Slaoui said.