A mum hilariously recreated her daughter's childhood drawing with makeup: 'I still look the same' 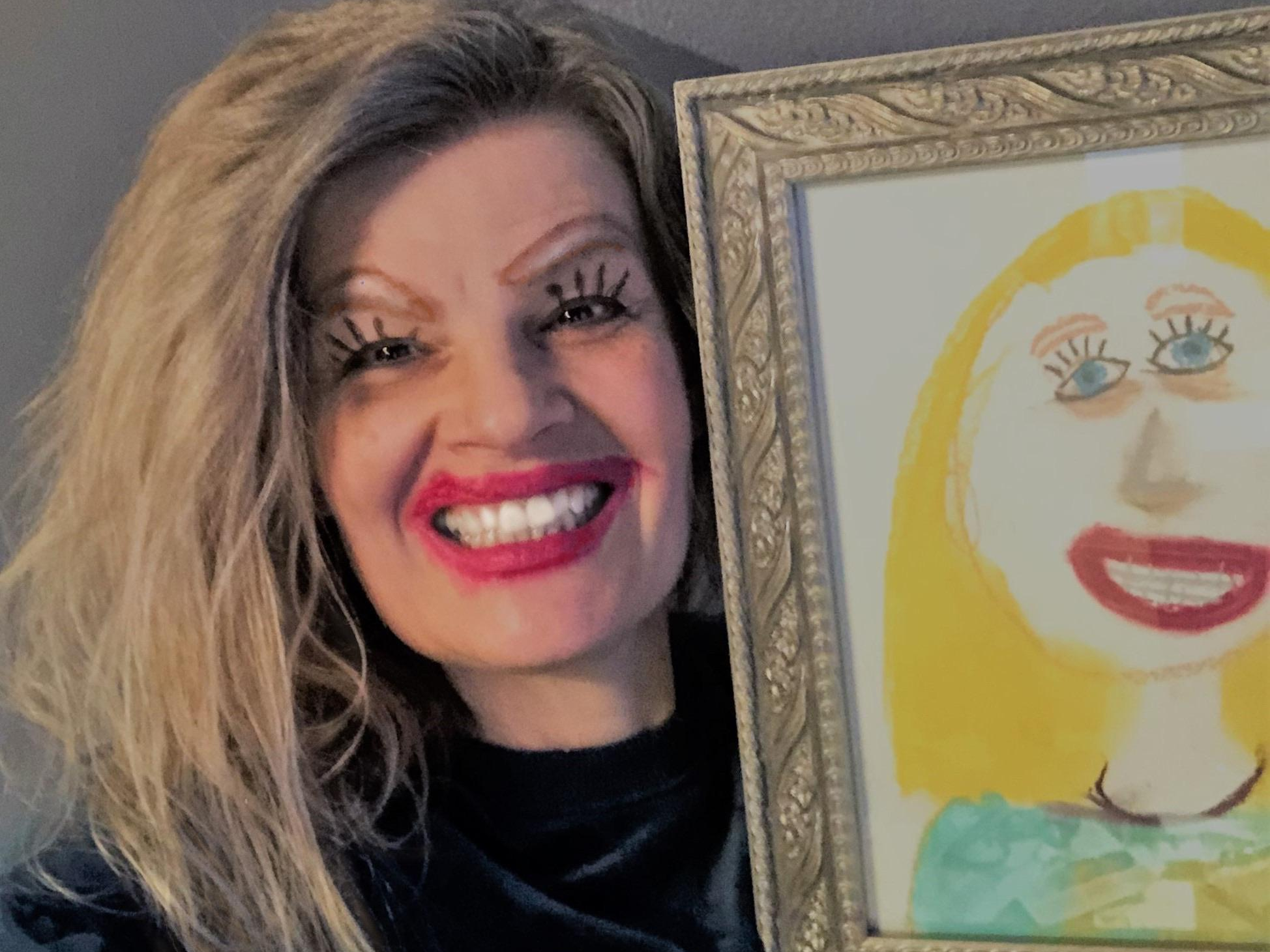 Over a decade ago, Denise Esktrand’s young daughter drew a portrait of her. The work of art featured hollow eyebrows, well-defined eyelashes, and bold lipstick.

“I’ve adored this picture as it hung over my makeup vanity for 12 years,” Ekstrand told Insider. “Not only do I love it because my daughter did it, [but] it reminds me to put on lipstick, in an aggressive way.”

After painting her walls, Esktrand was hanging pictures back up and thought it would be amusing to recreate the drawing all these years later. She used makeup to paint the portrait’s exaggerated features onto her face and took a selfie to compare the two looks.

“I thought that a few mums would get a relatable chuckle out of it, so I posted it to Reddit,” she said.

She captioned the photo, “My kid did this portrait of me over 10 years ago. I still look the same, IMO.” Courtesy of Denise EkstrandShe captioned the photo: ‘My kid did this portrait of me over 10 years ago. I still look the same, IMO.’

“She did her usual eye roll, but thought it was hysterical,” Esktrand said. “Many posters were concerned about her emotional wellbeing, that I was mocking her drawing. The only thing she was annoyed with is, ‘I post selfies all the time and they never go viral.'”