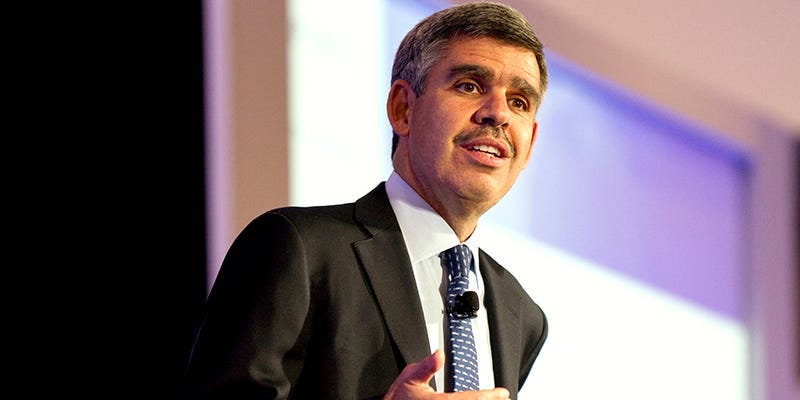 Markets could be headed for a correction if investors switch their positions in the coming days, economist Mohamed El-Erian said on CNBC’s “Closing Bell” after US equities tanked by the most since June 11.

“We could have another 10% fall, easily…if people start thinking fundamentals,” he said.

The Federal Reserve’s multi-billion dollar stimulus packages have emboldened investors to buy any dips that take place in the market, as the central bank’s financial support would theoretically help tide over the potential impact of COVID-19 on the corporate sector.

But that approach could be tested in the near-term as market fundamentals become active, El-Erian said.

The Dow closed 808 points lower, or 2.8%, at 28,292.73 on Thursday, its worst single-day loss in three months. A massive sell-off in tech stocks dragged the NasdaqComposite down 5%, its biggest decline since March.

Apple, Nvidia, and Zoom tumbled after gaining the lead at the market’s start-of-the-month rally. The iPhone maker’s shares closed down 8% on Thursday, marking its biggest one-day fall since late March.

Facebook dropped 6% after announcing the company would ban political ads in the week before the November 3 presidential election.

“If the mindset changes from technicals to fundamentals then this market has further to go,” he said, “but it remains to be seen whether it will change.”

As the Nasdaq and S&P 500 posted record highs in August after five straight months of gains, El-Erian said the stock market is not only decoupled from the US economy, but also from the VIX volatility index (also known as the fear index), Treasury, and junk bond markets.

If investors choose to gauge the stock market based purely on fundamentals, they would find it hard to ignore economic uncertainty and the implication of corporate bankruptcies, he said.

“If you are in a liquidity-based paradigm, you will be dominated by relative thinking, and that’s where we’ve been. If you’re in a fundamentally-based paradigm,” El-Erian added, “the answer is: no, you are not paying for an economy that faces not just moderation in the way of improvement, but a rising level of bankruptcies.”


One of Tesla’s biggest bulls on Wall Street breaks down how the company’s $US5 billion stock sale could benefit retail investors â€” and explains why the electric-car giant would still be cheap at $US1,400 per share in 2024