'Crazy hours, short nights': The inside story of how a buzzy biotech upstart developed a potential coronavirus vaccine in record time 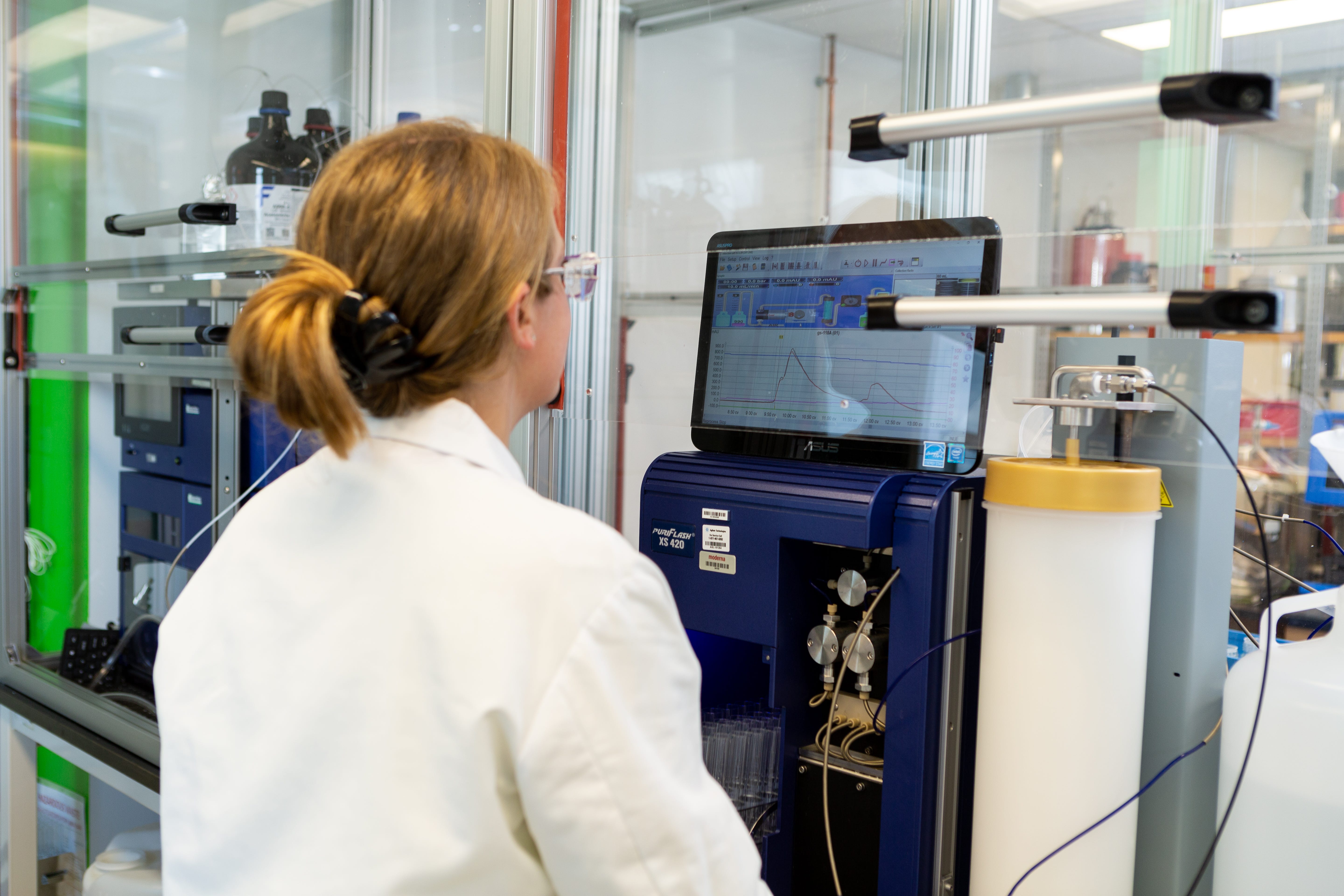 NORWOOD, Massachusetts – Stephane Bancel was vacationing in the south of France with his family when he first read about the virus.

It was early January when the biotech executive saw a Wall Street Journal article describing a “mystery virus outbreak” in central China. He shot an email off from his iPad about the story to Dr. Barney Graham, the deputy director of the Vaccine Research Centre at the National Institutes of Health.

Graham said they didn’t know what the virus was yet. A few days later they did: a novel coronavirus. Bancel asked the NIH leader to let him know when they had the virus’ genetic sequence. His company, Moderna, was ready to get to work.

In the weeks since, the virus has spread across the globe, weighed on financial markets, and killed more than 3,300 people. In that same period, about 100 employees at Moderna, roughly one-tenth of the company’s workforce, worked around the clock to develop a potential coronavirus vaccine.

“They did what they had to do to get things done,” Bancel, Moderna’s CEO, said in an interview with Business Insider, calling the period full of “crazy hours, short nights.”

The biotech shipped the first batches of a vaccine to the NIH on February 24, just 42 days after receiving the virus’ genetic sequence.

Now, under the brightest possible light of an ongoing outbreak, Moderna is challenging the lengthy and costly process of vaccine development. The company has never before brought a vaccine to market, and a victory would help establish its platform as a new type of medicine.

Early human data from other Moderna vaccines released in 2019 helped show that its approach works, Needham analyst Alan Carr said in an interview. But Carr cautioned the company still faces risks in development, as it has yet to start any late-stage clinical testing – the final step before gaining regulatory approval for vaccines and medicines.

It could be more than a year before we get a final verdict on whether Moderna’s vaccine works. It will take at least 12 to 18 months to know if Moderna’s vaccine, or any others, are safe and effective, Anthony Fauci, the longtime leader of the NIH’s infectious disease unit, has repeatedly said.

The first clinical trial is kicking off just as some much larger drugmakers have only put out timelines to get to that stage. Johnson & Johnson, the world’s largest healthcare company, is aiming to start a vaccine clinical trial in November. The French pharma giant Sanofi expects to start a coronavirus vaccine study in early 2021.

With the world watching, Moderna didn’t just outpace its Big Pharma rivals, which dwarf the Massachusetts biotech in size and resources. It lapped history. It took more than 10 times as long to go from genetic sequence to vaccine candidate in the case of the 2002-2003 SARS outbreak.


Read more: The US is sprinting to develop a coronavirus vaccine or treatment. Here’s how 7 top drugmakers are racing to tackle an outbreak that’s spreading around the world.

But given the time it takes to determine if a vaccine actually works, the vaccine would be a longer-term solution. With the potential for the virus to re-emerge in future seasons, a coronavirus vaccine still holds immense public health value, R&D experts told Business Insider.

Citing that public-health value, Bancel told us Moderna will be “very thoughtful” about setting a price.

“There is no world, I think, where we would contemplate to price this higher” than vaccines to prevent other respiratory infections, he added.

The day after US regulators cleared Moderna’s coronavirus vaccine to start human testing, Bancel shared with Business Insider his vision for Moderna, stretching far beyond the coronavirus. With its technology platform called messenger RNA, Moderna could respond just as quickly to future outbreaks as well as tackle diseases where no vaccine exists, like Zika and mononucleosis.

“The speed is one dimension, but the piece that excites me the most about this technology is we can do vaccines that cannot be done using traditional technology,” Bancel said.

“This is where we’re going to change the game completely,” he added, talking about lowering the cost and shortening timelines of vaccine development.

Without a single approved drug or vaccine, Moderna has ridden the potential of its technology into biotech’s top ranks. That first fuelled the largest biotech IPO in history in December 2018, and now has led Moderna to break the $US10 billion valuation mark with a speedy response to this latest outbreak. Its share price has increased about 30% since going public.

Hartaj Singh, a biotech analyst at Oppenheimer who covers the company, thinks investors are still getting Moderna’s stock at a cheap valuation. Singh said it will be years before investors fully appreciate the value of Moderna’s scientific advances. He compared the company to Genentech, a legendary biotech firm that was a leader in developing antibodies. The Swiss pharma Roche agreed to buy Genentech for $US47 billion in 2009. ‘This is not the same game’

Dressed casually in jeans and a sweater with elbow pads, the 47-year-old Bancel politely explained in his French accent a no-handshake policy at Moderna during the outbreak, as he stepped into his office at the Cambridge headquarters. (We tapped feet instead.)

While most of Moderna’s employees are based in Cambridge, the bulk of the work on a coronavirus vaccine happened about an hour outside in the small town of Norwood, Massachusetts. The company spent about $US110 million on the 200,000-square-foot facility, which opened in 2018 and used to be a Polaroid plant.

In a matter of weeks, it became a hotbed for developing a coronavirus vaccine as quickly as possible using Moderna’s genetics-based platform for vaccine development.

At the basic level, vaccines work by giving cells a taste of a virus – just enough for our bodies to recognise it as an intruder and pump out antibodies to fight a similar invasion in the future.

For decades, vaccines have traditionally contained a dead or weakened version of the virus itself. Early advances in genetics allowed a vaccine to use just proteins made by the virus. That was first used in the 1980s to develop a vaccine for hepatitis B. 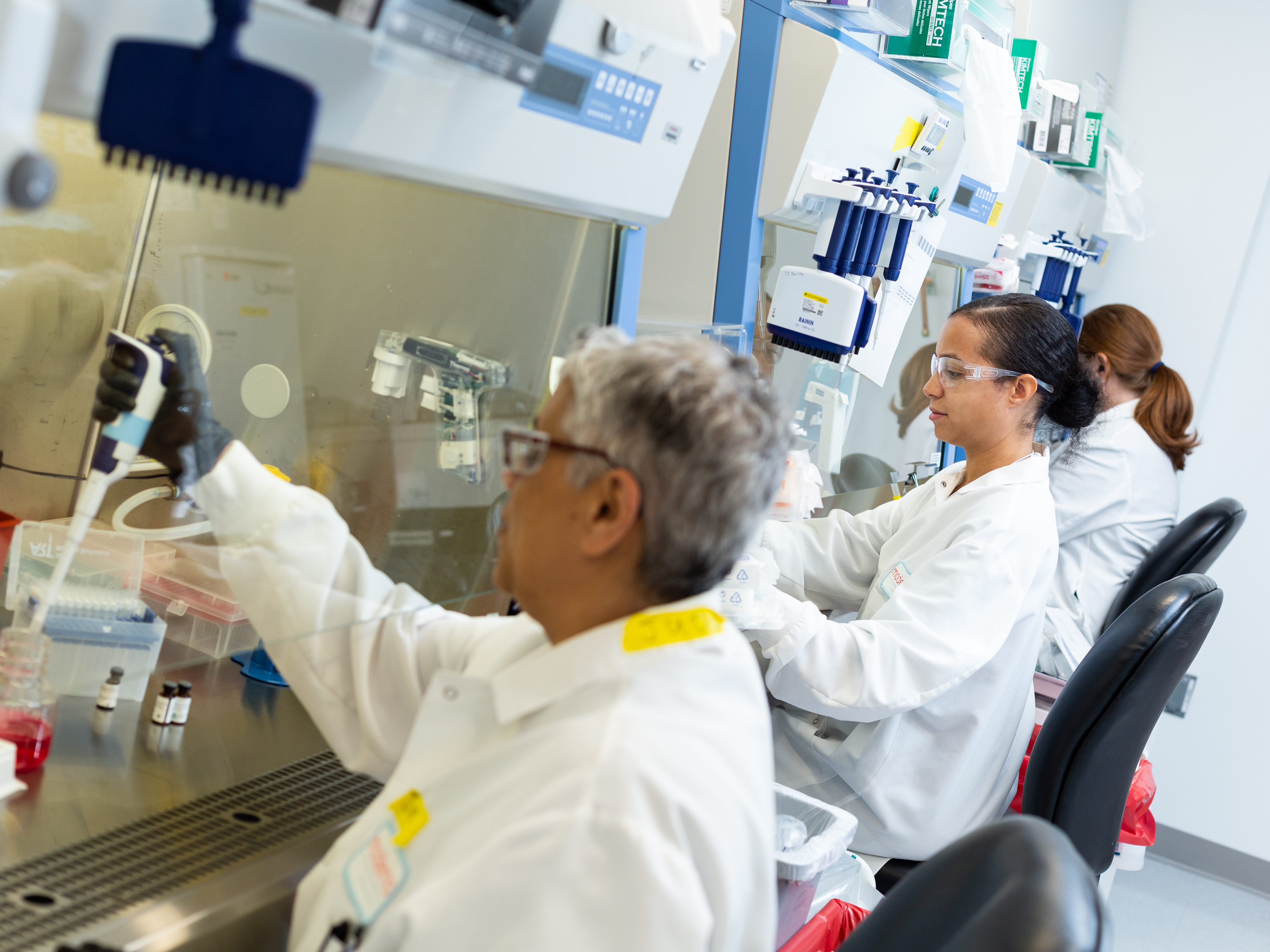 ModernaModerna is also working to develop personalised cancer treatments that are custom-crafted for each individual patient.

Because of the speed of its platform, Moderna has had the potential to fight infectious disease outbreaks from the company’s beginnings in 2011.

Part of the speed in responding to the coronavirus came from tapping existing research relationships, Bancel said. Moderna has been working with the NIH for a couple of years on two RNA viruses called Nipah and MERS. MERS, or Middle East Respiratory syndrome, is also caused by a coronavirus.

The purpose of the collaboration was obvious: “Chasing a pandemic is really hard if you’ve done no biology work,” Bancel said, “so let’s start to work on a few dangerous strains to get moving.”

Last November, top NIH vaccine officials Dr. John Mascola and Dr. Barney Graham visited Norwood, and discussed the potential to advance some of that research work in 2020 with Moderna.

Then the coronavirus began spreading in China, just a few weeks after that visit. On January 10, scientists from Fudan University in Shanghai posted the genomic sequence of the coronavirus.

Teams at the NIH and Moderna both pored over that data, hunting for potential targets. Just three days later, both sides convened – they had independently arrived at the same targets for a prospective vaccine.

That preclinical process of finding and selecting a target can take years for traditional vaccines, Bancel said, instead of three days at Moderna.

“This is not the same game,” Bancel said. “We never saw the virus. We don’t need to see the virus. What we need is the genetic instruction of the virus.”

The Moderna team based in Norwood moved quickly: one group of engineers designing the mRNA vaccine candidate, while another group converted an area used for personalised cancer vaccines into a space to pump out the first doses of a coronavirus vaccine.

“There were some changes in the process the team had to test on the fly,” Bancel said, noting it was the first time the cancer space has been used in this manner.

By February 7, the company had completed a first batch of the vaccine. After a couple weeks of quality testing, Moderna sent the first doses to the NIH on February 24 – 42 days from the virus being sequenced to the vaccine being shipped.

Walking through the Norwood facility, little tweaks aimed to efficiency stack up into a competitive advantage. The labs are paperless, which expedited a documentation process that usually takes weeks or months to produce a clinical batch.

Most of the research space is equipped with what look like security cameras in the corners. These track how researchers move around the space, collecting data that can suggest tweaks to how equipment is mapped out to improve efficiency.

Virtually all the equipment in the lab for personalised cancer treatments is on wheels, so that it can be quickly reconfigured into a new layout. Even tiny actions have been sped up, like ordering lab supplies. Buttons are attached to bins storing disposable equipment like gloves. Instead of logging on to Amazon to order more supplies when running low, a researcher can hit the button to trigger an order.

Now, the NIH will lead clinical testing of the vaccine. The first study has just begun to recruit patients, looking to test three dose levels in 45 healthy adults in the US, to see if the vaccine is safe.

Future tests would focus on whether the vaccine works, and would involve hundreds to thousands of people.

As far as unanswered questions go, the most pressing question is will this vaccine actually work. Right behind that, is what happens next if it is found to be safe and effective. Can a biotech with a fraction of the resources of pharmaceutical giants like J&J or Sanofi produce enough vaccine to make a difference?

Bancel said Moderna’s Norwood plant could make “millions” of doses in a year, if needed, declining to provide a more specific number. So far, the company has made a few hundred doses for the first small clinical trial underway in Washington state.

Juan Andres, the company’s chief technical operations and quality officer, said in a presentation to investors last November that the biotech could make 10 million doses per year of a vaccine for a common virus called cytomegalovirus, or CMV, assuming a 100 microgram dose. At that level, it wouldn’t affect other ongoing operations at the plant.

And if the Norwood site was solely focused on pumping out its CMV vaccine, Andres estimated it could produce 100 million doses per year.

In contrast, massive pharmas like J&J and Sanofi have excess capacity to produce hundreds of millions of doses without disrupting other projects, said Carr. The uniqueness of the mRNA platform could pose a challenge to rapidly scaling into mass production, with an external manufacturer having to learn that system.

Bancel added that the company is looking into building out more of its Norwood space with equipment to boost its vaccine production capacity, with the biotech intentionally choosing a facility bigger than they are using to have room to grow into.

Read more: The CEO of the buzzy biotech that’s working on a potential coronavirus vaccine just pledged he won’t set a high price for the shot

“We are moving biology to a digital world, where we can work out of a sequence, and we don’t invent a molecule,” Bancel said. Instead, Moderna is tapping nature’s own genetic instructions to do the work.