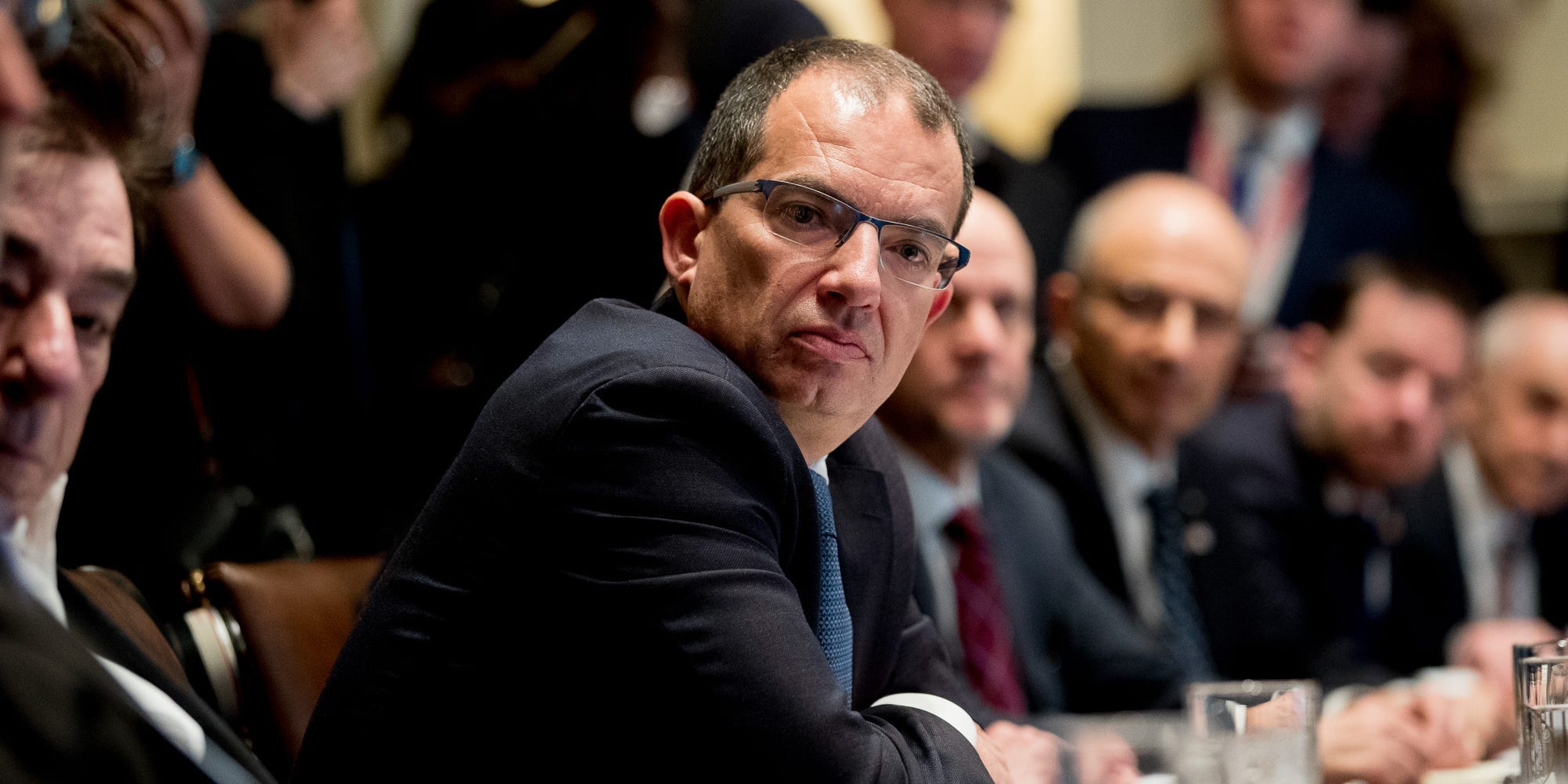 Andrew Harnik/AP ImagesModerna CEO Stéphane Bancel at a meeting in the White House on March 2.

One of the three leaders in the quest for a coronavirus vaccine expects to know in November whether his shot works, despite slowing down crucial trials to recruit a more diverse group of volunteers.

StÃ©phane Bancel, the CEO of the Massachusetts-based biotech Moderna, told Business Insider that data on the coronavirus shot would probably arrive in November, though it could also come next month.

“Base case: November. Best case: October,” Bancel said in a Wednesday interview ahead of the biotech’s R&D day. Echoing remarks by the infectious-disease expert Dr. Anthony Fauci, he said October was “unlikely just in terms of probability and especially as you see the number of cases in the country slowing down.”


Read more:
The untold story of Moderna as the biotech’s coronavirus vaccine faces a test that could make it one of the most consequential startups of all time

Moderna, Pfizer, and AstraZeneca are all leading coronavirus vaccine programs that are aiming to achieve emergency approval for their shots this year â€” if they can prove their injections work. The studies compare rates of COVID-19 between volunteers who got the shot and ones who got a placebo to see whether there’s a meaningful difference.

AstraZeneca’s studies were recently halted as scientists investigated a serious adverse event to see whether it was related to the shot. While AstraZeneca’s UK-based trial has resumed, the US-based trial remains on hold. Still, its CEO has said data should come before year’s end.

Results in November depend on Moderna’s vaccine being highly effective

The timeline Bancel shared Wednesday is similar to the one he laid out shortly after Moderna started the late-stage study in July.

Despite a modest slowdown in new coronavirus cases in the US, to roughly 40,000 a day from 60,000, Bancel said Wednesday that the first look at Moderna’s data should happen in November. An independent board of scientists, known as a data safety monitoring board, will conduct this review.

There’s a decent chance the board won’t find conclusive data by then that the vaccine works and will require the study to continue.

As part of its R&D day, Moderna on Thursday shared the underlying statistical plans that will drive the study.

If Moderna’s vaccine is 74% effective at preventing disease, that would translate to a 50% probability that there’s enough evidence to call the study at this first interim analysis. If the shot winds up being closer to 80% effective, the chances of the interim analysis finding a meaningful difference rise to about 80%.

But if it’s less effective â€” say, 60% â€” the first interim analysis will most likely not produce a conclusive efficacy result.

Bancel said Moderna would probably share the results of each data review publicly.

“If it tells us the efficacy, we will of course communicate that,” Bancel said, referring to the data safety monitoring board. “If they tell us it is inconclusive, we need to keep going, I also think we will share that with the world so the information is out there.”

“No news in November might still lead us to a very high-efficacy vaccine at approval,” he added.

Moderna shut down some trial sites to boost diversity in participants

As of last Friday, Moderna had enrolled about 24,000 people in its study, which hopes to recruit 30,000 volunteers. The company has also intentionally slowed down recruitment recently to boost diversity.

Bancel said the number of Black participants was “a bit too low.”

“We want to make this vaccine so if it works and it is approved, people use it,” Bancel added. “It would be really sad if one of the big communities of the country doesn’t have enough representation, that people don’t feel the vaccine is safe for their genetic pool of diversity, and effective.”