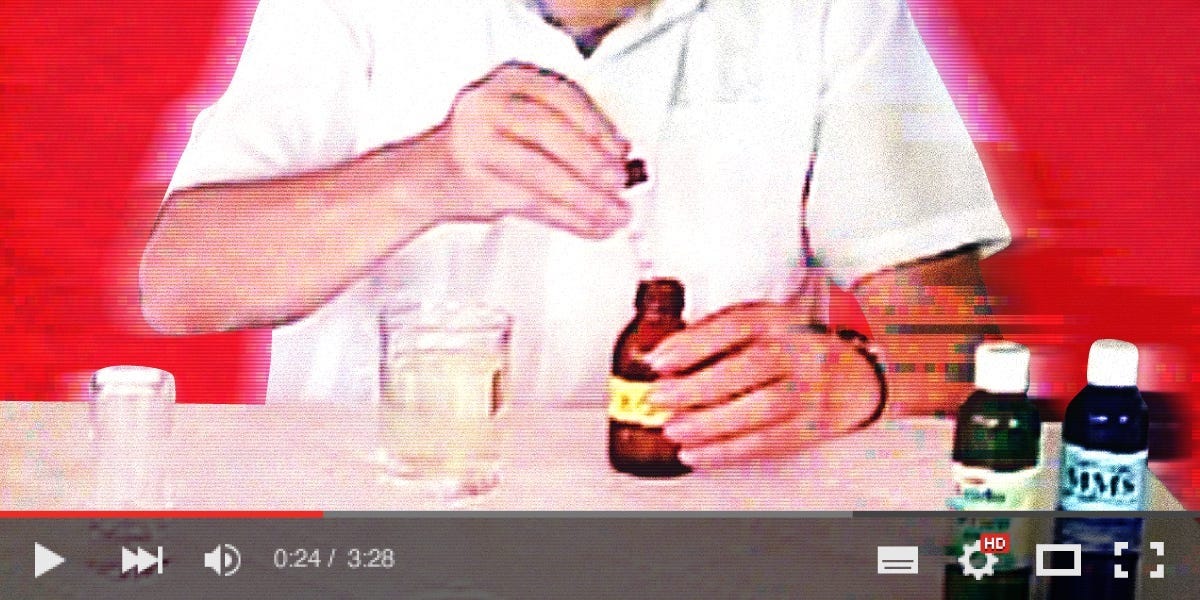 The toxic bleach known as MMS – promoted online by fringe activists as a miracle cure – has played a part in at least seven deaths in the US, according to new figures.

The statistic was published by authorities in Colombia upon the arrest of Mark Grenon, a leading advocate for MMS, also known as Miracle Mineral Solution.

Grenon is wanted in the US on charges related to promoting MMS as a cure for COVID-19. He was arrested after Colombia received a request for his extradition.

In a series of tweets, the office of Colombia’s attorney general said that officers had arrested Grenon and one of his sons for extradition to the US.

In the tweets it said the substance promoted by the men “is alleged to have caused of death of 7 US citizens.” The messages did not explicitly cite a source for the figure. Information like this would usually come from officials in the country requesting extradition.

Nonetheless, it is the first time a total has been suggested by an official body for the number of deaths linked to MMS consumption.

As part of an investigation in 2019 into MMS, Business Insider identified two deaths in the US linked to the substance. The figures from Colombia suggest the toll is greater.

The Food and Drugs Administration, which Business Insider understands has launched a special investigation into bogus COVID-19 cures, did not respond to a request for comment on the figure cited by Colombian authorities.

MMS is in reality chlorine dioxide, a toxic bleach commonly used in industrial water treatment or bleaching textiles. It is created by mixing sodium chlorite with a common acid, though it is sometimes consumed directly. Previously, medical experts and the US Food and Drugs Administration had warned that consuming chlorine dioxide could kill.

The FDA in 2019 renewed its advisory against taking the substance after a spike in reports of people using it.

The advisory said that it had received reports that the substance causes severe vomiting, diarrhoea, and life-threatening low blood pressure, and that in large doses it can be fatal.

It has not licensed ther substance as a treatment for any condition.

Advocates of MMS dismiss warnings like the FDA’s as part of a conspiracy involving media organisations and pharmaceuticals firms who want to suppress news of its effectiveness.

In the 2019 investigation, Business Insider uncovered FDA documents which noted reports of two deaths where the consumption of MMS was believed to have been a factor.

Twenty three complaints about the substance featured in an FDA database used to log adverse effects of such products. Of these, two were deaths, and four were labelled “life threatening.”

One of the complaints related to the death of US woman Sylvia Nash, who died in a yacht off the coast of the Vanuatu islands in the South Pacific in 2009 after consuming MMS to ward off malaria.

Another complainant claimed that the substance was a factor in the 2013 death of an unnamed 48-year-old woman, who suffered a “large intestine perforation” after taking the substance.