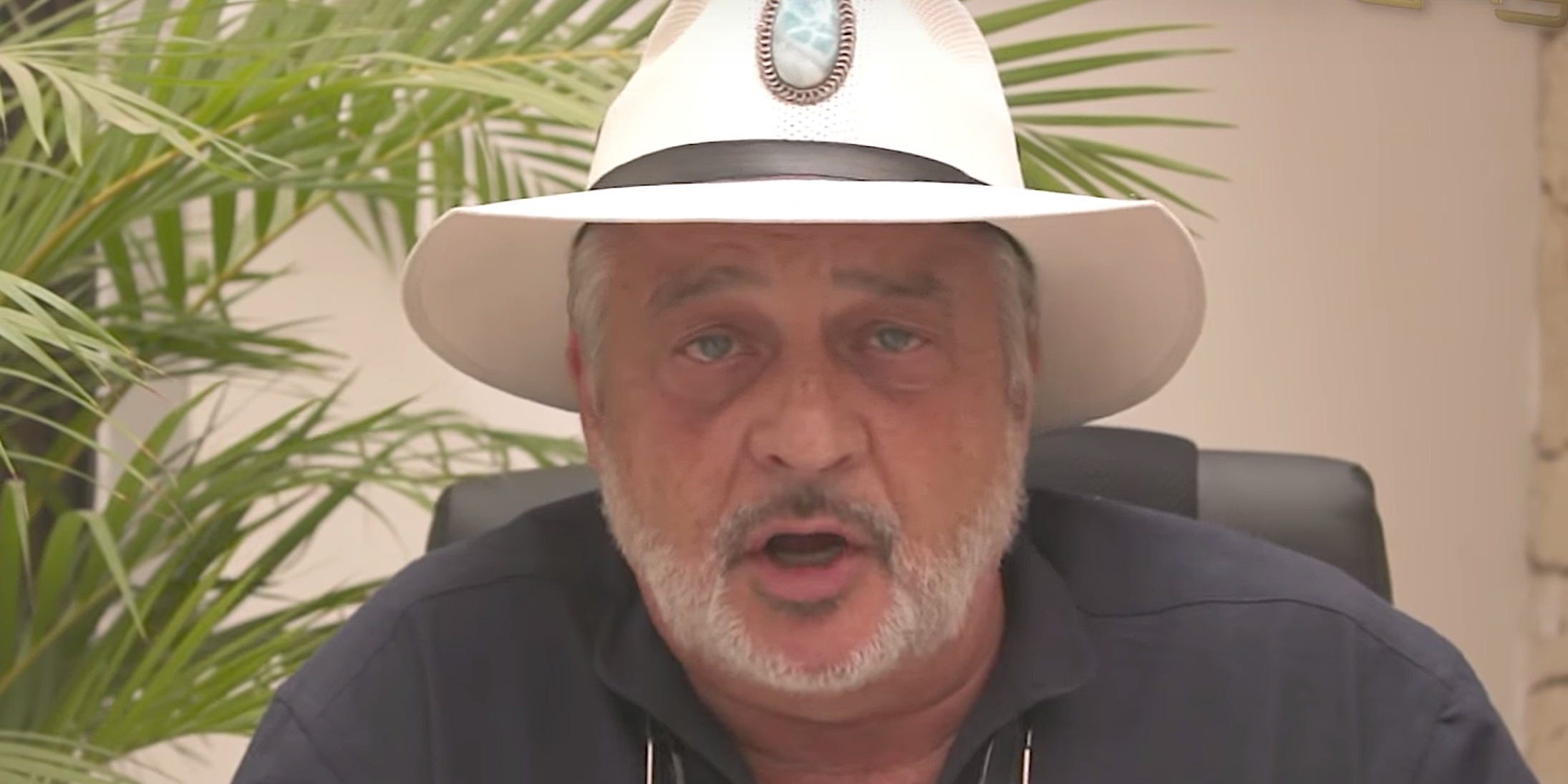 A self-styled archbishop faces federal charges after allegedly promoting and selling a toxic bleach as a “miracle cure-all” for dozens of serious illnesses, including COVID-19.

Mark Grenon, 62, and his sons, Jonathan Grenon, 34, Jordan Grenon, 26, and Joseph Grenon, 32, all face charges of conspiracy to defraud the United States, conspiracy to violate the Federal Food, Drug and Cosmetic Act, and criminal contempt, according to press release Wednesday by the US Attorney’s Office for the Southern District of Florida.

It says the three sold a substance which they called MMS, or Miracle Mineral Solution, as a “miracle cure-all” for a range of illnesses, including cancer, Alzheimer’s, autism, multiple sclerosis, and HIV/AIDS – and COVID-19.

The substance is a solution of sodium chlorite which when drunk or mixed with a common acid becomes chlorine dioxide, a powerful bleach. The release says this is “typically used for industrial water treatment or bleaching textiles, pulp, and paper.”

The Food and Drugs Administration (FDA) has not licensed MMS as a treatment for any illness, and in 2019 was compelled to renew its warning against taking the substance after a spike in the number of people reported to be taking it. The FDA warns that MMS causes severe vomiting, diarrhoea, and life-threatening low blood pressure, and in large doses can be fatal.

Business Insider has uncovered two cases in the US where the use of MMS was believed to have caused death.

Grenon was a leader of the the Genesis II church, whose core claim was that MMS was a substance with miraculous healing powers.

The release describes the church as “created in an attempt to avoid government regulation of MMS,” and claims that Grenon has admitted that the church “has nothing to do with religion,” and that it exists to “legalise the use of MMS” and avoid “going [ ] to jail.”

In 2019 Business Insider exposed that Grenon was promoting MMS via the Genesis II YouTube channel, where he spoke of its curative powers and interviewed people who claimed the substance had helped them overcome severe illnesses.

YouTube removed the channel and hundreds of other videos promoting MMS after Business Insider flagged them, and subsequently updated its policies to explicitly ban promoting the substance.

Grenon in a statement to Business Insider at the time wrote: “We don’t answer FAKE NEWS organisations that lie with an agenda from the REAL owners that are just plain evil and DO NOT want to see the TRUTH get about about how BIG Pharma/Medical industry are paying the politicians and the courts to look the other way while the world is being poisoned by their Toxic DRUGS !”

The Genesis II church is also linked to a network promoting the substance to people with malaria and HIV in Uganda, that was exposed by reporting in The Guardian and Business Insider.

The Florida prosecutors’ release says that court orders had banned the Grenons from promoting MMS. They allegedly sent a letter to the presiding judge in the case saying they would not comply with the court’s orders and “also threatened violence in the letters.”

Ariana Fajardo Orshan, US Attorney for the Southern District of Florida, said: “We continue to protect the public from criminal conduct that takes advantage of the COVID-19 pandemic. Not only is this MMS product toxic, but its distribution and use may prevent those who are sick from receiving the legitimate healthcare they need.”