Miya Ponsetto, the California woman who accused a 14-year-old Black teen of stealing her phone at a NYC hotel, faces assault and robbery charges 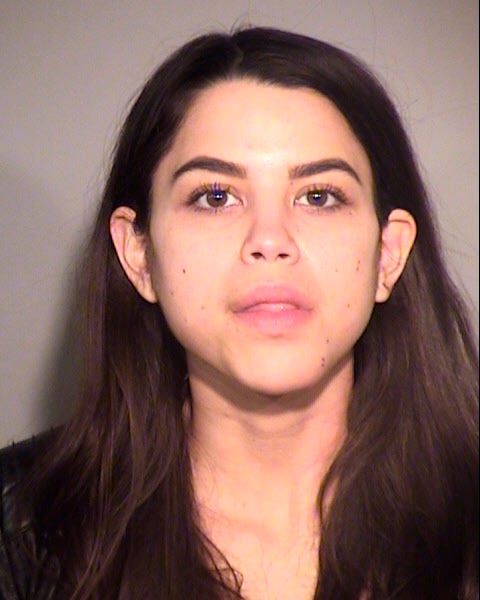 Miya Ponsetto, the woman who wrongly accused a 14-year-old Black teen of stealing her iPhone at a Manhattan hotel, is facing several charges including “acting in a manner injurious to a child,” an NYPD spokesperson told Insider in a statement.

Ponsetto, dubbed “Soho Karen,” was charged with attempted robbery, grand larceny, two counts of attempted assault on Saturday, according to the spokesperson.

The incident occurred in December at Arlo Hotel in New York City and was captured on video by the teenager’s father, jazz musician Keyon Harroldâ€” who has previously said his son was racially profiled. The viral video posted on December 26 shows Ponsetto telling hotel management that Keyon Jr. has her mobile phone. Harrold said his son was assaulted during the confrontation.

“The lady in this video assaulted my 14-year-old son and me as we came down from our room in the @arlohotels Arlo Soho to get breakfast,” Harrold wrote in the caption of the video. “This person quote on quote “lost” her iPhone, and apparently, my son magically acquired it, which merely ridiculous.”

Ponsetto’s phone was later returned to her by an Uber driver, Sharon Ghatan, her attorney, confirmed with NBC News. The hotel apologised in a statement following the incident.

Earlier this week, the 22-year-old made headlines after her exclusive interview with Gayle King on “CBS This Morning” was released. The interview was conducted before she was taken into custody.

The 22-year-old woman caught on camera allegedly physically attacking a 14-year-old Black teen and falsely accusing him of stealing her phone was arrested in California.

In an exclusive interview, Miya Ponsetto and her lawyer spoke with @GayleKing hours before she was arrested. pic.twitter.com/ezaGkcWZ8j

“I admit, yes, I could have approached the situation differently and maybe not yelled at him like that and made him feel some sort of inferior way and making him feel as if I was like, hurting his feelings,” Ponsetto said while sitting next to her attorney while sporting a black cap that said “Daddy.”

She also told King that she “considers herself to be super sweet.” At one point in the interview, Ponsetto interrupts King saying, “All right Gayle, enough.”

Civil rights attorney Ben Crump and the Harrold family are calling on the hotel to “take responsibility” for the incident, asking people to sign a petition.

“While Ponsetto was recently arrested, the trauma inflicted on my son is more significant than any charge. My son will live with this trauma for life,” Harrold wrote in the petition. “Arlo Hotels and its parent company, Quadrum Global are responsible for enabling racial profiling, harassment, and physical assault on a child, my child.”

Crump also announced a news conference on Monday morning to provide an update for this case with Reverend Al Sharpton and Keyon Jr.’s parents.

The 14-year-old Black teen who was wrongly accused of stealing a woman’s iPhone at a hotel is ‘seriously traumatized,’ his father says