'It's difficult to imagine a worse, more undemocratic action by a sitting American President': Mitt Romney rips Trump for his latest efforts to subvert the election 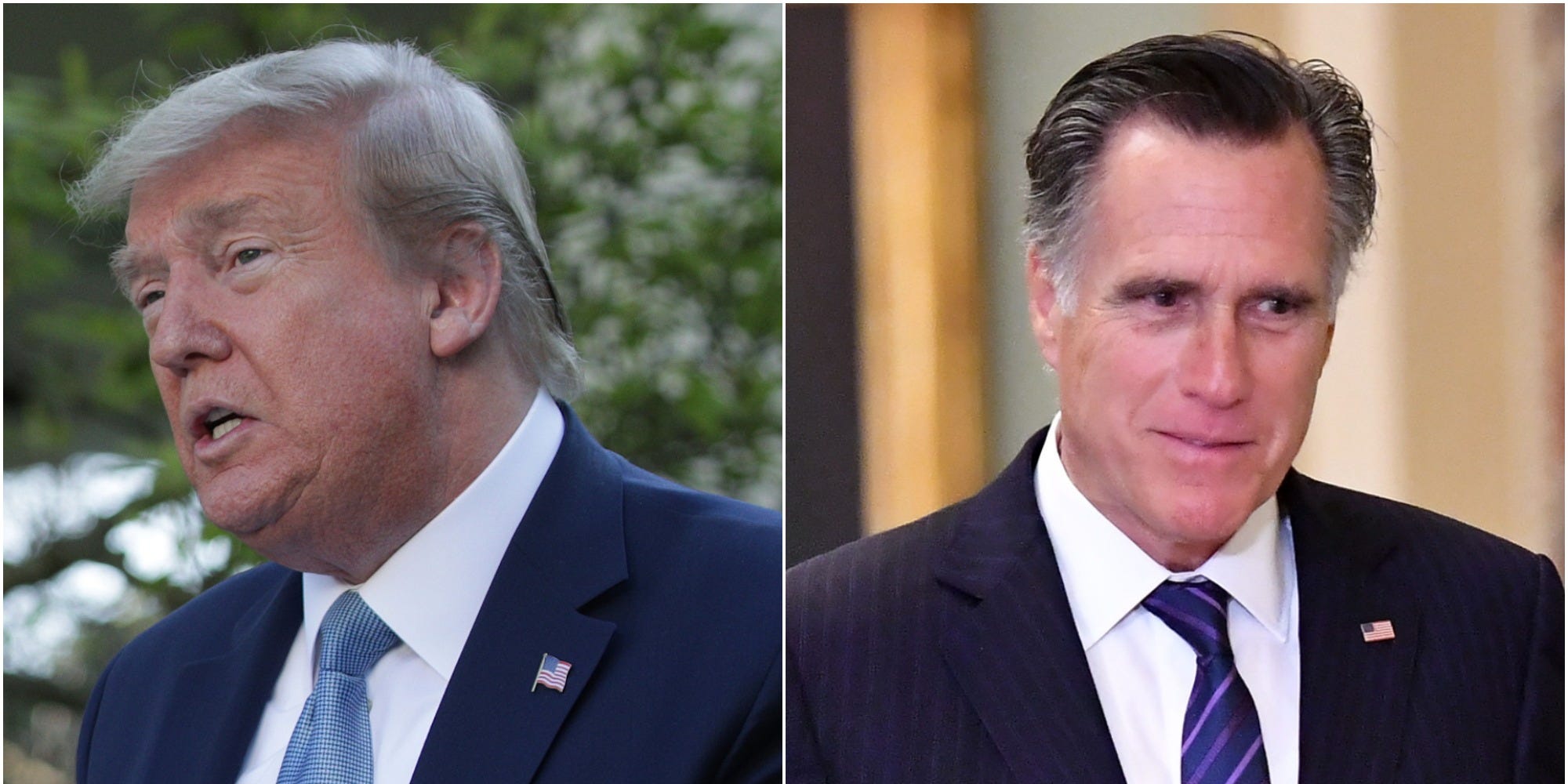 Sen. Mitt Romney of Utah on Thursday ripped into President Donald Trump over his latest efforts to try to undermine the results of the US election.

“Having failed to make even a plausible case of widespread fraud or conspiracy before any court of law, the President has now resorted to overt pressure on state and local officials to subvert the will of the American people and overturn the election,” Romney said in a statement posted to Twitter.

Trump has baselessly challenged the integrity of the election and waged lawsuits in several states. In recent days, the Trump campaign’s strategy seemed to move toward efforts to stop individual counties from certifying their election results and trying to influence state legislators and local officials,the Associated Press reported.

Romney’s comments came after The New York Times reported that Trump had invited Republican state legislators from Michigan, a swing state that President-elect Joe Biden is projected to win, to the White House in an unusual attempt to involve state lawmakers in the election process.

The Times also reported that Trump hoped to reach out to GOP officials in other battleground states in his attempts to block them from certifying election results in favour of Biden. The president and his allies are said to be trying to persuade legislatures to appoint pro-Trump electors and ignore the popular vote, though the strategy has little chance of succeeding.

: ‘No one can talk about it’: Federal officials are fuming as transition books are gathering dust on their desks and their Trump-appointed bosses won’t acknowledge Biden’s win

On Wednesday night, Rudy Giuliani, Trump’s personal lawyer who was put in charge of election-related lawsuits, asked a federal judge in Pennsylvania to ignore voters and declare Trump the winner.

Biden won Pennsylvania and the state’s 20 electoral votes with more than 80,000 votes, according to Decision Desk HQ data published by Insider.

Romney, who was the GOP’s 2012 presidential nominee, is one of a small but growing number of Republicans who have acknowledged Biden’s victory.

He has called on Americans to stand behind the president-elect, even as Trump refuses to concede the election or allow Biden’s transition team access to information about national security and the coronavirus that could prepare them for when Biden takes office in January.

On Thursday, Biden commented on Trump’s efforts in his strongest language to date. He said at a press conference in Delaware that Americans were “witnessing incredible irresponsibility,” and that “incredibly damaging messages are being sent to the rest of the world about how democracy functions.”