McConnell tears into Trump after voting to acquit, says there's 'no question' Trump was responsible for the Capitol siege 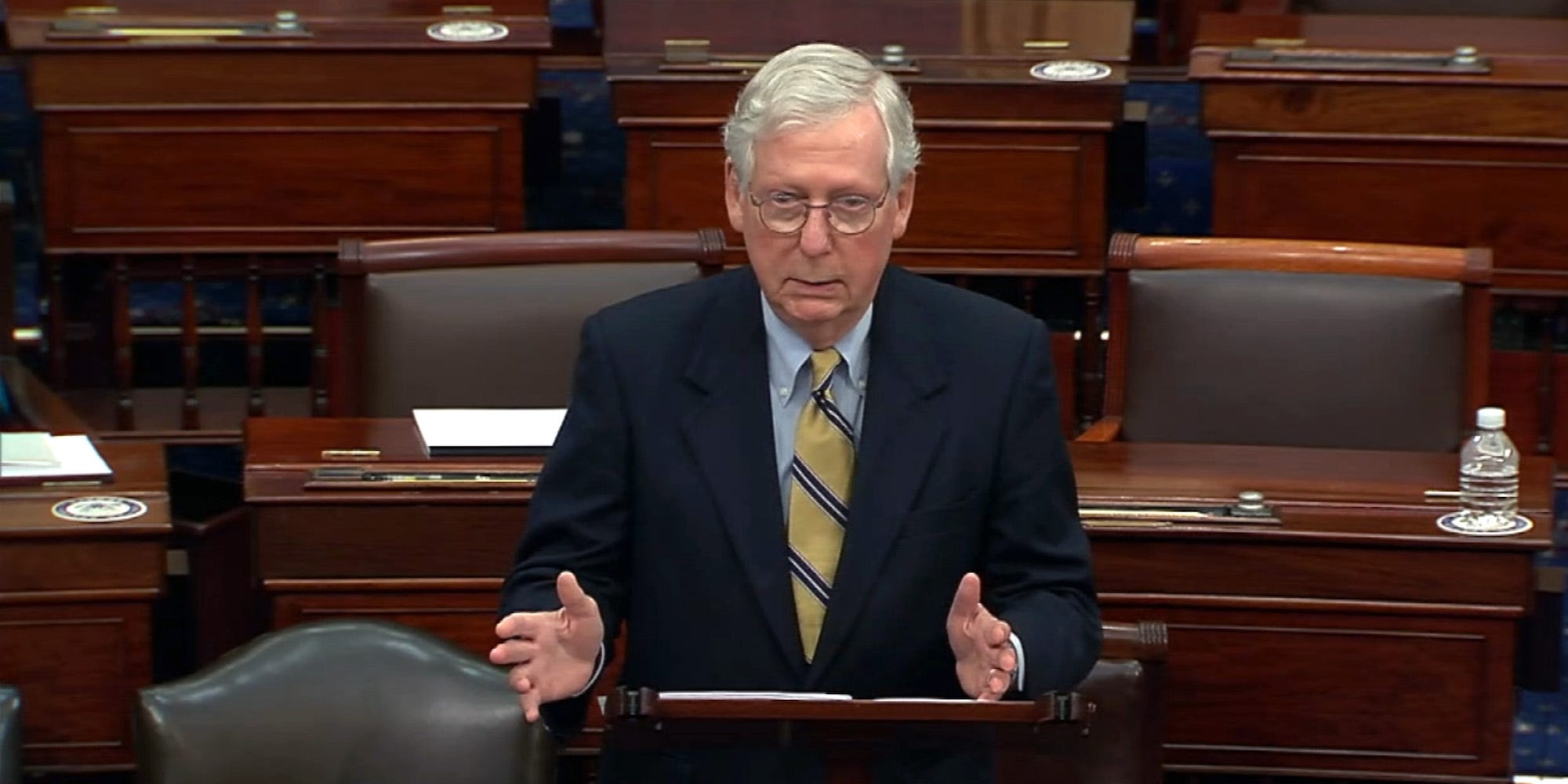 Congress.gov via Getty ImagesIn this screenshot taken from a congress.gov webcast, Minority leader Sen. Mitch McConnell (R-KY) responds after the Senate voted 57-43 to acquit on the fifth day of former President Donald Trump’s second impeachment trial at the U.S. Capitol on February 13, 2021 in Washington, DC.

McConnell tore into Trump for his “disgraceful dereliction of duty” during last month’s Capitol siege, blaming the former president for the deadly event.

He continued: “And having that belief was a foreseeable consequence of the growing crescendo of false statements, conspiracy theories, and reckless hyperbole.”

McConnell was referring to Trump’s false and baseless claims that the presidential election had been stolen from him, which culminated in hundreds of his supporters storming the Capitol as lawmakers counted Electoral College votes.

“A mob was assaulting a Capitol in his name. These criminals were carrying his banners, hanging his flags, and screaming their loyalty to him,” McConnell said.

Ultimately, seven Republican senators joined 50 Democrats in voting to convict Trump of one charge of inciting an insurrection. But a two-thirds majority was required to convict.

McConnell said he voted to acquit Trump because he believed the Constitution did not permit the Senate to remove a former president â€” only one still in office.

He added that Trump “didn’t get away with anything” and still faces criminal and civil actions.