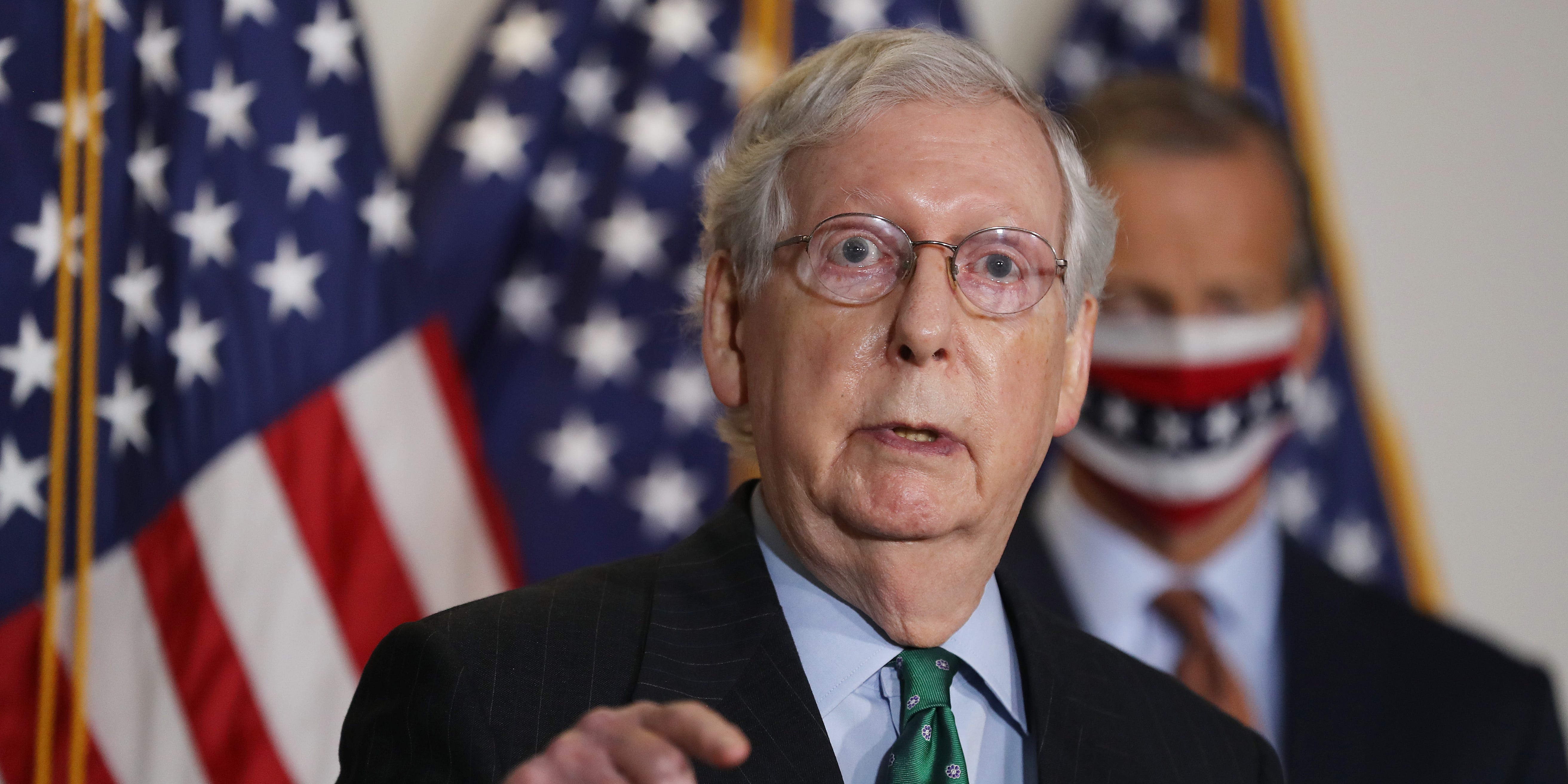 Senate Majority Leader Mitch McConnell is expected to take a larger role in coronavirus relief talks while the Trump administration sidelines itself, The Washington Post reported on Sunday.

President-elect Joe Biden may also jump into the negotiations over a new stimulus package in the coming weeks, according to The Post.

Democratic Sen. Christopher Coons of Delaware, a Biden surrogate, told ABC News on Sunday that Biden “is going to be able to pull together leaders in Congress to deliver the relief that we need and deserve, and one way that President Trump can show some graciousness in the next 73 days during the transition is to publicly support a significant pandemic relief bill.”

The political dynamics around coronavirus relief could be shifting in the wake of Biden’s election victory against President Donald Trump, who has refused to concede. Biden’s transition team is starting talks with congressional Democrats this week over priorities to pursue during the lame-duck session, The Post reported.

Coronavirus relief talks between House Speaker Nancy Pelosi and Treasury Secretary Steven Mnuchin crept along for over a month before the election. They failed to reach a deal, struggling to agree on overall spending levels and the contents of an economic rescue package.

Pelosi and McConnell both recently expressed interest in passing a relief bill before the end of the year, but they are far apart in their priorities. Democrats have pressed for a plan with a price tag of just over $US2 trillion, while Republicans have opposed spending a large sum.

McConnell cited the jobs report on Friday that said the economy gained 638,000 jobs in October as a reason to support a slimmer relief plan instead of the more ambitious bill Democrats want.

“I do think we need another one, but I think it reinforces the argument that I’ve been making for the last few months that something smaller … is more appropriate, with it highly targeted towards things that are directly related to the coronavirus, which we all know is not going away until we get a vaccine,” he said at a press conference in Kentucky.

The GOP twice unveiled a $US500 billion relief plan, and Democrats rejected it both times. The proposal included $US300 weekly federal unemployment benefits, small-business aid, and funding for healthcare systems and schools. It omitted $US1,200 direct payments for taxpayers and assistance for strapped state and local governments, two key Democratic priorities. .

Sen. John Barrasso of Wyoming, the third highest-ranking Republican, said on Monday he backed passing a plan of a similar scale.

“It has to be focused on getting people back to work, getting kids to school safely,” he told reporters on Capitol Hill. Meanwhile, McConnell signalled last week that he was open to including funding for states in a pandemic aid bill.


Read more:
House Democrats will keep some of their Trump investigations and court fights active once the lame-duck president leaves the White House

Many economists have said additional stimulus spending is needed to prop up a slowing economic recovery. The latest jobs report marked the fourth straight month of slowing jobs gains, and nearly 22 million Americans are still claiming some form of unemployment benefits as the jobless rate stays elevated at 6.9%. Those benefits are set to expire for millions of people at the end of the year without an extension from Congress.

Democrats did not secure a Senate majority in last week’s election but are pinning their hopes on two runoff races in Georgia in early January. Democrats must win both to reach a 50-50 tie with Republicans, leaving Vice President-elect Kamala Harris to cast tie-breaking votes.

Before the election, Pelosi suggested Democrats could use the “reconciliation” process to approve pandemic relief and healthcare measures through a simple-majority vote if they gained control of the Senate.