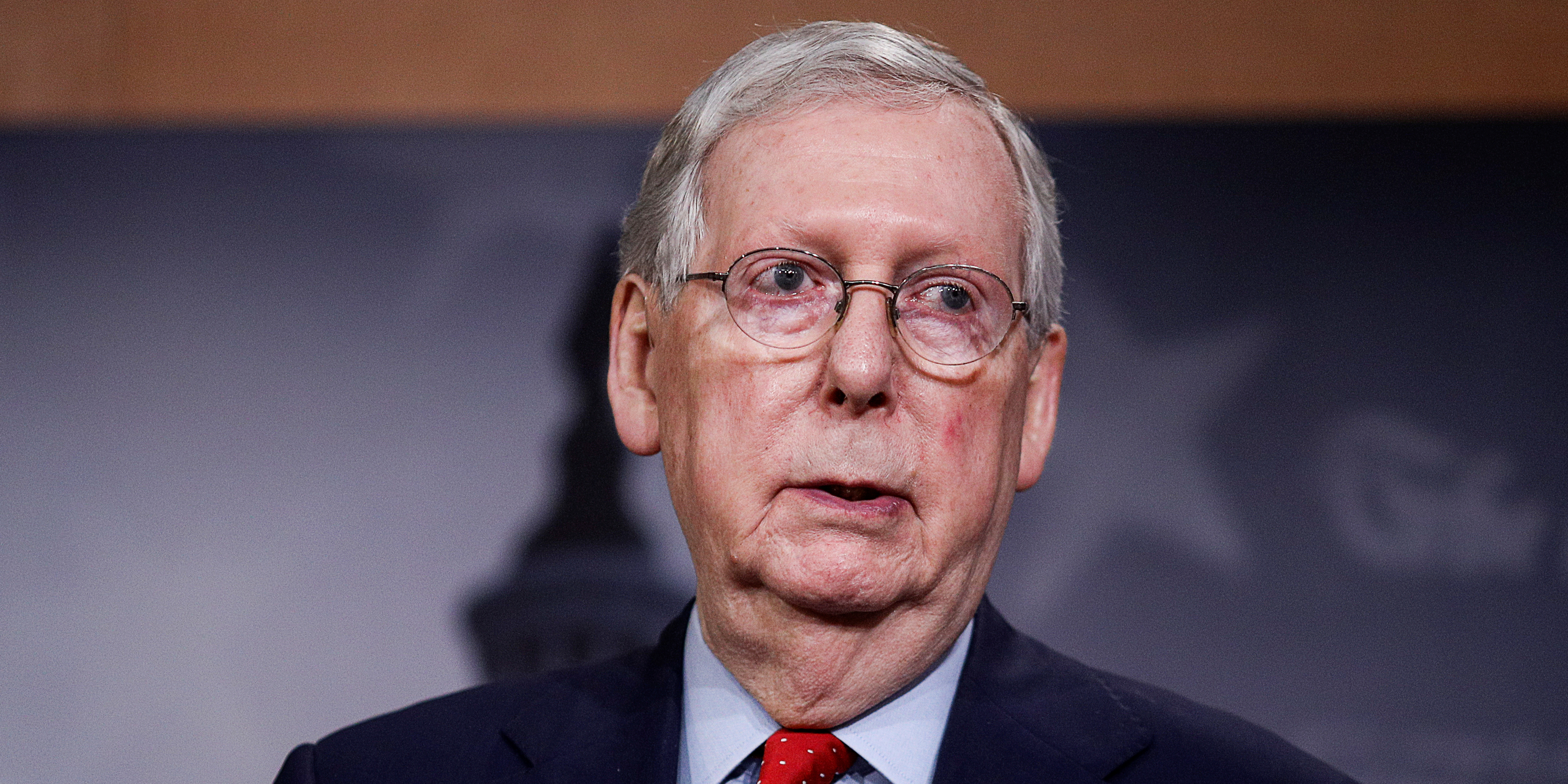 Senate Majority Leader Mitch McConnell assailed the $US3 trillion spending package from House Democrats on Thursday. He expressed ire in particular at a provision extending eligibility for stimulus checks to immigrants who were left out of the initial wave of federal payments.

During a speech on the Senate floor, McConnell said the move would benefit undocumented people in the US.

“Another round of checks for illegal immigrants. Can you believe it?” the Kentucky Republican said. “We forgot to have the Treasury Department send money to people here illegally. My goodness, what an oversight. Thank goodness Democrats are on the case.”

Sen. Mitch McConnell: "Working families are struggling to put food on the table but House Democrats are prioritizing millionaires on the coasts." pic.twitter.com/mCixfCHrXz

He also took a swipe against a measure within the bill to temporarily suspend a cap on the amount of state and local taxes that could be deducted from federal income taxes, which would benefit mostly high-income taxpayers living in highly-taxed states.

McConnell’s comments illustrate the fierce GOP opposition to the Democratic plan. Republicans already declared it dead-on-arrival in the Senate, as they have expressed alarm over the ballooning federal deficit.

Under the CARES Act approved in March, nearly 150 million Americans qualified for $US1,200 stimulus checks with an extra $US500 per child – as long as they had a valid Social Security number. The requirement shut out undocumented immigrants from receiving the cash, a similar step taken when the Bush administration approved a round of direct payments in early 2008.

Up to 15.4 million people in mixed-status families were excluded from receiving the stimulus checks, according to the Migration Policy Institute. That figure includes 1.2 million American citizens married to undocumented immigrants.

The new Democratic plan would send $US1,200 federal checks to Americans – including children – and limit the maximum amount a household can receive at $US6,000. But instead of a Social Security number, recipients only need an Individual Taxpayer Identification Number, which opens the door for immigrants already paying taxes to get the payments.

Republican support for another round of stimulus checks is slim at the moment. It’s a stark contrast to the swelling number of Democratic lawmakers supporting recurring payments to tide over people through the pandemic as unemployment rises to staggering levels unseen since the Great Depression.

It’s not immediately clear that a deal will be struck among lawmakers to include stimulus checks in the next coronavirus relief package and it’s up in the air whether compromise is possible.

“I think our main focus should be getting people back to work. I think that’s the key, both short term and long term, for the economy and for families,” he said.