The coronavirus ended their semester early, but MIT being MIT, students knew they could figure out some kind of technical workaround.

A group of MIT students built a server in “Minecraft,” where they have been building the campus in stunning detail, working on recreating places that are especially meaningful to them. The project follows other schools like UPenn and Brown, who have similar virtual campuses in the works.

The block-building game “Minecraft,” which Microsoft bought in 2014 for $US2.5 billion, has been one of the most popular games worldwide over the last 10 years. As of September, it had a staggering 112 million active players every month, a number that has reportedly grown to 145 million.

Colleges and universities across the US have sent students home and turned to remote learning for the rest of the semester. Some schools made the switch after a student tested positive for COVID-19, the coronavirus disease, while others did it preemptively. Now, many schools are considering the safety of a fall 2020 return to campus.

With the future uncertain, the “Minecraft” version of MIT is a place for students to gather and a way to pass time. Here’s what it looks like. As soon as MIT banned large gatherings over 150 people, students started brainstorming other ways to get together. 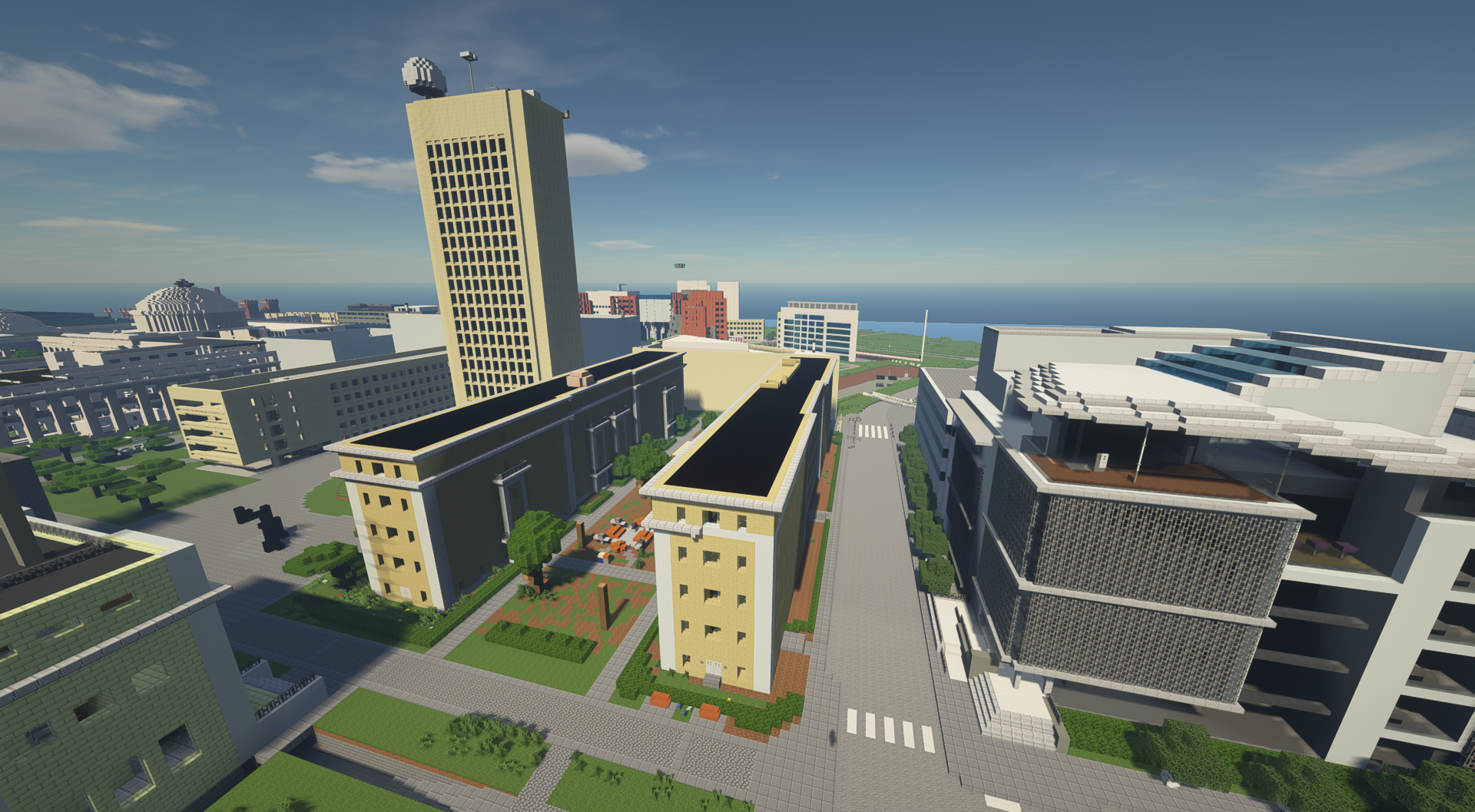 Then, graduate student William Moses brought in the computer club he’s part of, and became one of the moderators on the server once enough students settled on “Minecraft.” Deciding who would moderate the server was an impromptu process, made up of all the people who were most excited about the building. In the three weeks the server existed before the moderators talked to Business Insider, at least 600 people had joined. Another student and moderator, Shayna Ahteck, told Business Insider that she first downloaded “Minecraft” specifically for this project, and didn’t have experience with it before. Ahteck told BI that she was impressed by how many people were so dedicated to building up the campus in extreme detail. Moderators explained that they could see what parts of campus people felt were most important, or what they knew best, by the order that buildings went up. For Ahteck, one of her favourite parts was building her dorm, McCormick. Though she was new to Minecraft, she eventually figured out how to put a working elevator in one of the towers. People added interiors and features to their dorms that made them feel more like home. At MIT, dorm culture is very strong, and students typically live in the same dorm all four years and form a community there. Some dorms like Next House, are considering hosting virtual events in Minecraft.

Based on a Google sheet builders are using to track progress, MIT’s iconic dome and attached Infinite Corridor, which runs the length of campus and connects many academic buildings, was the largest project. The main campus, crossed by Massachusetts Avenue in Cambridge, is recognisable from the large grey steps outside the Infinite. 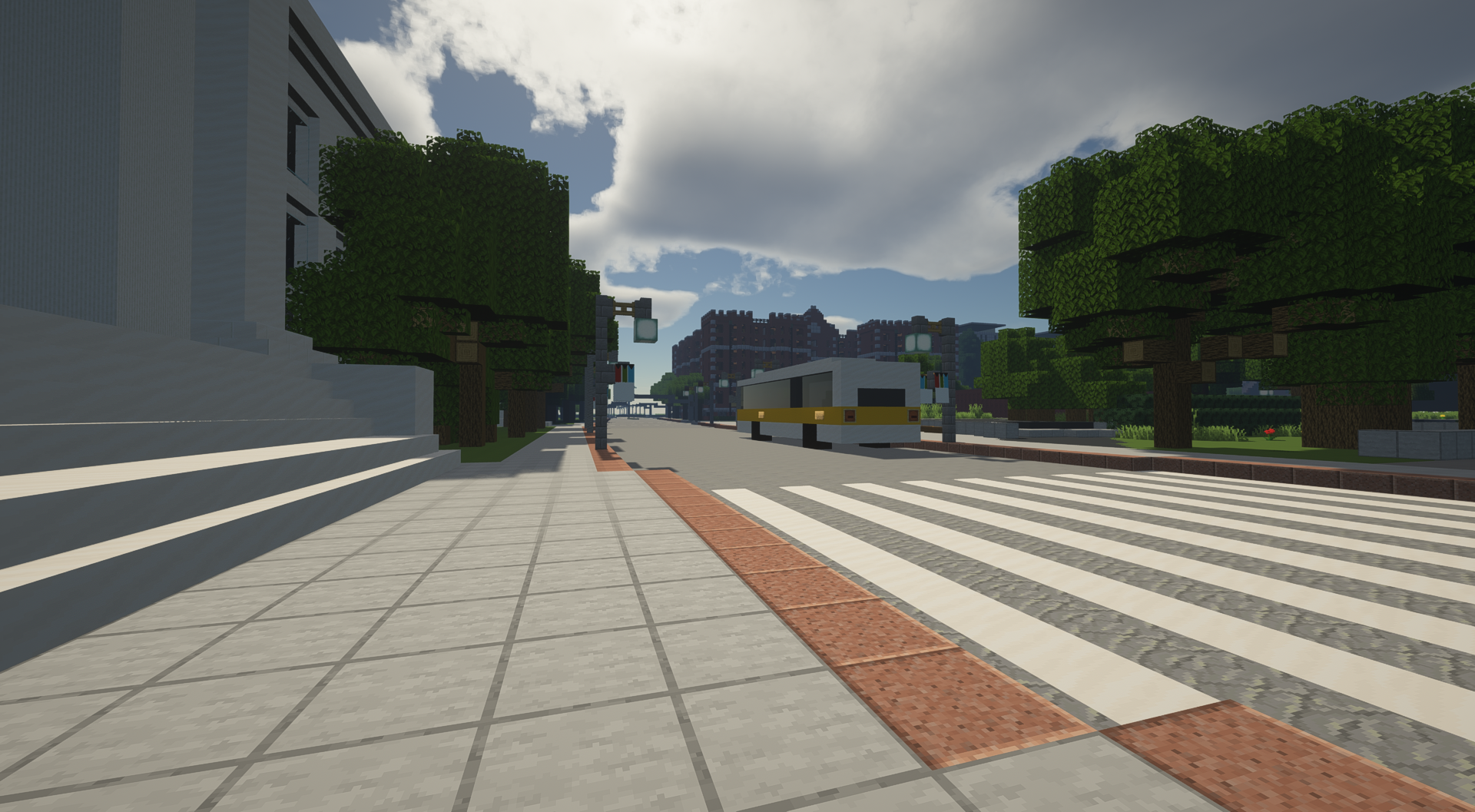 Minor details make the campus, like this view from the Infinite across the street to the student centre and bus stop. Even the MBTA bus, with its real-life counterpart seen here, is recognisable.

Builders in the server claim what buildings they want to work on and keep it updated with progress, consulting a separate sheet for what materials to use. The real Great Dome, seen here, is recognisable in the Minecraft version of campus.

Builders were able to recreate key details like the columns that make the building so iconic.

They also built part of the Charles River, which borders MIT and separates Cambridge and Boston. They included walking and biking paths along the river, the boathouse, and even the Mass Ave Bridge that crosses the Charles. 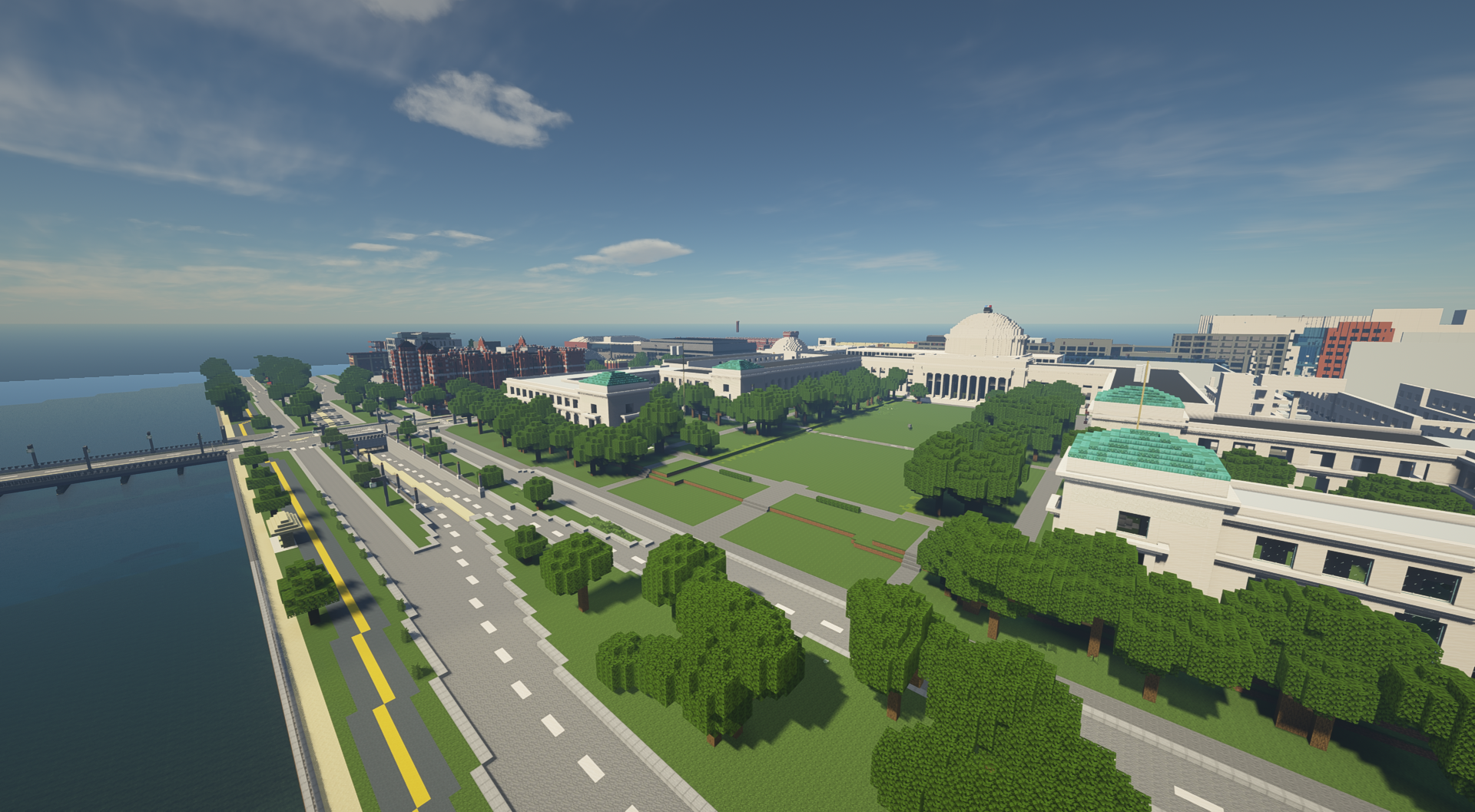 Builders are now working on some extra ambitious and difficult projects. For example, they’re working on MIT’s Green Building, which lights up in different colours. They hope to eventually get Tetris working on the building. 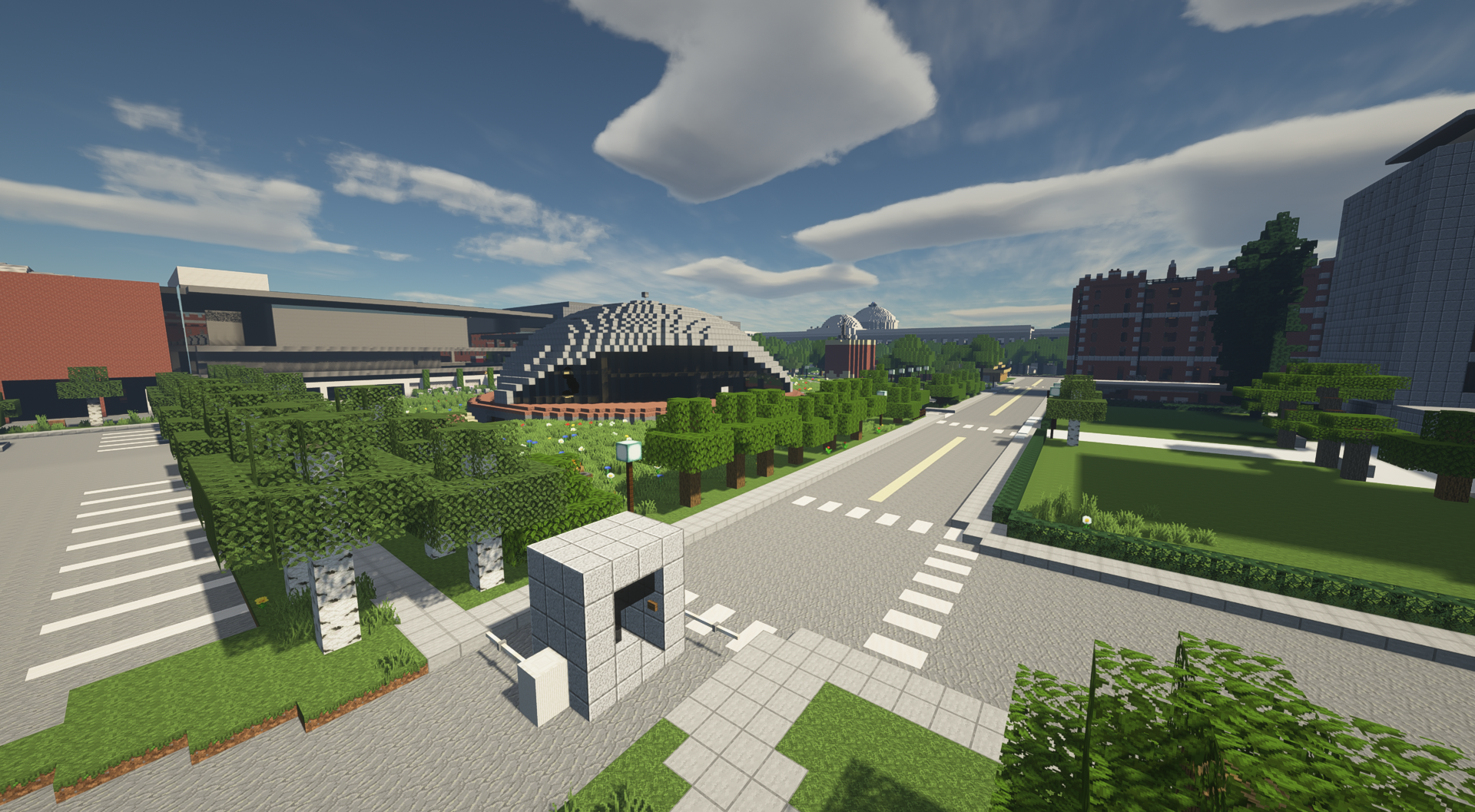 Here it is lit up for the Red Sox during game six of the 2013 World Series.

They’re also working on the Stata Centre, which they call a “work in progress” because of its unusual shape.

Though they’re proud of the work they have done, the MIT moderators told Business Insider that they recognise a virtual MIT can add to people’s experiences without replacing the real thing. 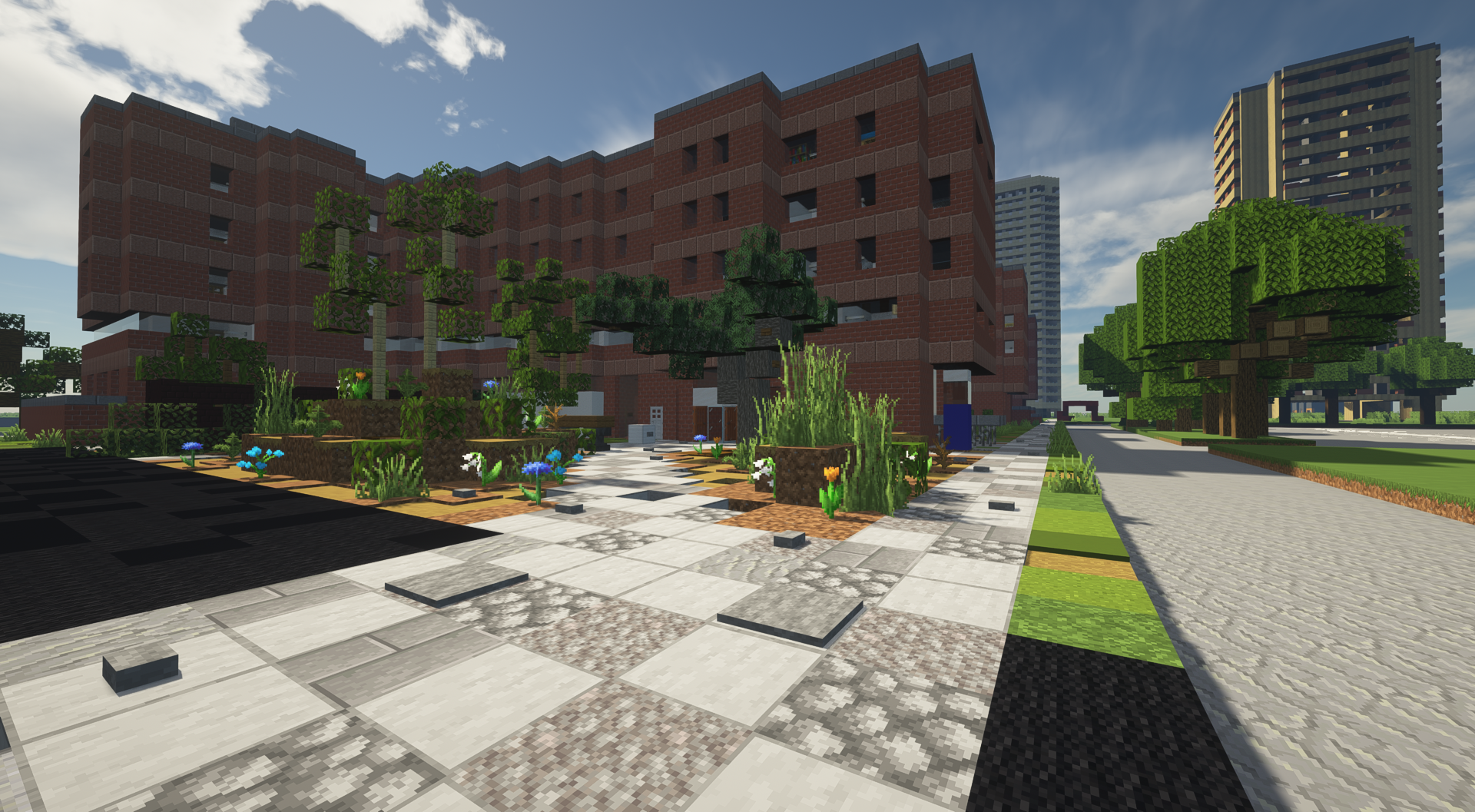 “No one will graduate in Minecraft,” Moses said, “Some things can’t happen, but we’re happy to provide materials to help people create different experiences.” While they’re limited to a virtual campus, students are making the most of it by hiding Easter eggs around for players to find. They plan to use the map as a place to play capture the flag with other schools, and they know of at least one Media Studies professor who has been online to host classes in the server. Ahteck said that she thinks the server shows the pride MIT students have in their spaces. She’s thinking about holding tours for prospective students via “Minecraft.”