“For many people, your biggest asset is your earning power, so you have to manage that as well as any other asset,” says Dawn Rapoport, a certified financial planner and chief operating officer at Waddell & Associates.

This is especially important for people early in their careers, in the “accumulation phase” of acquiring assets.

“In the early years, where you start very much has an impact on where you end up,” she explains. “You want to make sure you are being very focused on negotiating your best opportunities, because that will help determine what you’re getting paid in future roles. If you spend ten years being undervalued, that doesn’t set you up for the middle or later stages of your career, where you should hit peak earning power.”

This advice applies to everyone — but research shows women may have more trouble putting it into effect, whether that’s because of their own socialised tendencies, a lack of history with effective negotiation, or the way their actions are perceived from across the table.

Below, Lee E. Miller, co-author of “A Woman’s Guide to Successful Negotiating” with his daughter Jessica, details seven of the most common and counterproductive negotiation mistakes women make.

Counterintuitively, an employer is usually ready for a little discussion. ‘I’ve been on the recruiting side, I’ve been the head of HR, and I expect there will be negotiation — especially as you move up the ladder,’ Miller explains.

In fact, missing the opportunity to negotiate for yourself could even raise a red flag with your employer. ‘If you don’t negotiate for yourself, the company will wonder, as you move up, ‘Is she going to negotiate effectively for us?’ Declining to negotiate casts doubt on your leadership,’ Miller says.”
image=”http://static.businessinsider.com/image/566afc776da811f152d8cae9″
source=”Justin Sullivan/Getty”
caption=””
credit_href=””
]
[slide
permalink=”they-believe-what-theyre-told-2″
title=”They believe what they’re told.”
content=”Part of the reluctance to negotiate might be that women tend to follow the rules and take what they’re told at face value, like ‘The offer for this position isn’t negotiable,’ or ‘This is what we can do,’ the first time the subject comes up.

‘The first offer that is made rarely is the best offer,’ Miller says. ‘Men almost always come back and ask for something else.’ The offer is almost always negotiable, he continues — even if not the salary, things like benefits and scheduling.”
image=”http://static.businessinsider.com/image/566afbe1eab8ea7f51a7f0bd”
source=”AIGA Wisconsin/flickr”
caption=””
credit_href=”https://www.flickr.com/photos/[email protected]/8630229252″
]
[slide
permalink=”they-figure-theyll-wait-to-ask-3″
title=”They figure they will wait to ask.”
content=”One tactic Miller has seen among women is to accept a position without negotiating, with the intention of proving their worth and then approaching their employer for a raise.

But, he explains, there’s a flaw in that approach. ‘If you start too low, your raise is on that too-low base. Aren’t you better off getting an additional $10,000 up front and then getting the same 10% raise down the road? You should always be negotiating the best possible deal that you can.’

He acknowledges that sometimes, an employee isn’t in the best position to get more than the initial offer right off the bat. That’s fine, he says — but go in with a strategy. ‘It’s very typical if you’re changing fields or you need new skills, to get the experience and then ask for the raise. If you can’t get it after all that, be willing to change jobs, because someone will be willing to pay you.'”
image=”http://static.businessinsider.com/image/566af9a9ecad041a19ad1c38″
source=”Shutterstock”
caption=””
credit_href=””
]
[slide
permalink=”they-make-it-clear-they-wont-leave-4″
title=”They make it clear they won’t leave.”
content=”Speaking of leaving, Miller says discounting the possibility that you could change jobs puts you at a disadvantage.

‘The minute a woman makes it clear she can’t or won’t leave because of family or because she likes the job, she reduces her effectiveness,’ he says. ‘If you approach a boss making it clear you’re not going to leave, why should (they) pay you more?’

‘It’s always about what you’re worth in the market based on skills and experience,’ he continues. ‘Either your current employer will give it to you, or you need to go out in the market.’ Men, he says, are more likely to embrace this tactic, meaning they tend to change jobs more often and get the bump in pay that comes along with it.

And for the record, he says, if you go out and can’t get more, you’re probably earning what you’re worth.”
image=”http://static.businessinsider.com/image/51e412e36bb3f72f02000016″
source=”Flickr/Phillie Casablanca”
caption=””
credit_href=”http://www.flickr.com/photos/philliecasablanca/3344142642/”
]
[slide
permalink=”they-think-they-have-to-threaten-to-leave-to-be-effective-5″
title=”They think they have to threaten to leave to be effective.”
content=”Leaving the option of changing jobs open is not the same as threatening to leave. A more effective tactic is asking your employer to help you stay in a position you love. Miller breaks down the difference:

‘I’ve got another offer. If you don’t give me a raise, I’m going to leave.’

‘That could work,’ says Miller, ‘but the boss isn’t going to like it.’

‘I really love it here, but I’ve got this other offer, and it’s a lot more money. Is there anything you can do to help me get to the market rate? I don’t want to take this offer, but it’s made it clear I’m being compensated way below market. Can you help me?’

‘When you ask for help in getting up to market rates, it engenders a very different response,’ Miller says. ‘It’s not about threatening to leave, but about making sure your employer knows you’re happy there … but other people are calling.’

However, he emphasises, don’t lie about having another offer. If you don’t have one, you can go out and get one, but make sure you’re approaching your employer with the truth.”
image=”http://static.businessinsider.com/image/566afc2369bedd0a0568724c”
source=”Flickr / -Ben Thompson”
caption=””
credit_href=”https://www.flickr.com/photos/bento_asic/5991444943″
]
[slide
permalink=”they-talk-about-whats-fair-6″
title=”They talk about what’s ‘fair.'”
content=”Whether you’re taking a new job or asking for a raise in your current one, there’s one word you don’t want to use: fair.

‘Research shows that when women negotiate, they are ‘seeking a fair outcome,” Miller says. ‘Men do not. Men approach the negotiation as more of a contest, and their goal is to get the best outcome they can get. The concept of fairness is not an effective way to approach negotiation of salary because it’s going to put the employer on the defensive.’

There are two things that get you more money, Miller explains: when you have another offer, or when your employer is afraid you might seek another offer.

‘When you say, ‘My salary is not fair,’ that engenders a negative response,’ he says. ‘If you say, ‘I’ve been approached by so-and-so and they’re talking about a job where I’m getting x, y, or z, no one views that as pushy. Their response is, ‘I don’t want to lose this person, so what can I do to fix this?'”
image=”http://static.businessinsider.com/image/56685e4069beddac652916ca”
source=”Flickr / Strelka Institute for Media, Architecture and Design”
caption=””
credit_href=”https://www.flickr.com/photos/strelka/13929734880/”
]
[slide
permalink=”they-worry-asking-for-more-will-put-their-job-at-risk-7″
title=”They worry asking for more will put their job at risk.”
content=”One of the main reasons women are reluctant to express dissatisfaction with an offer is because they’re afraid of losing it, Miller explains.

But it depends on your approach.

One phrase you can use — assuming it’s true — is, ‘I think this is below the market, can you reconsider?’

‘It’s ‘no,’ but it’s not definitive,’ Miller says. ‘It’s, ‘Can you do better?’ You have to always understand the employer is trying to recruit this person. They want you to start the job happy.’

He recommends using phrases like, ‘Can you help me? Can you help make this offer one that will allow me to happily accept?’

‘The key to all this is to give them reasons to want to help you, so you take the offer and take it excitedly,’ Miller says. ‘That’s what we want. We don’t want you not to be happy about it, because the first time someone comes along with a better offer we know you’re out of here. If you have reasons for asking for other things, we’ll probably say yes.'”
image=”http://static.businessinsider.com/image/566af9cbecad04940aad1c3b”
source=”Shutterstock”
caption=””
credit_href=””
]
[/slideshow] 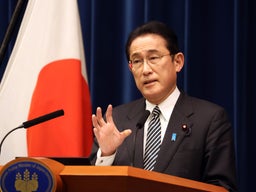 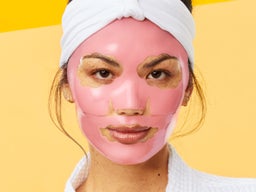 You can now buy an Oscar Mayer bologna-themed face mask on... 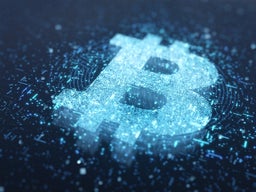 Around 30% of the bitcoin in circulation is worth less than... 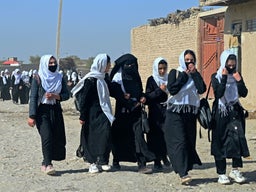 An Afghan woman who aspired to become a business executive says... 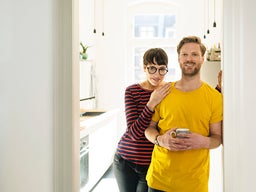 My partner and I live across the hall from each other....