Missouri governor defends decision to go mask-free in public, says it's 'personal' and not 'government's place to regulate' 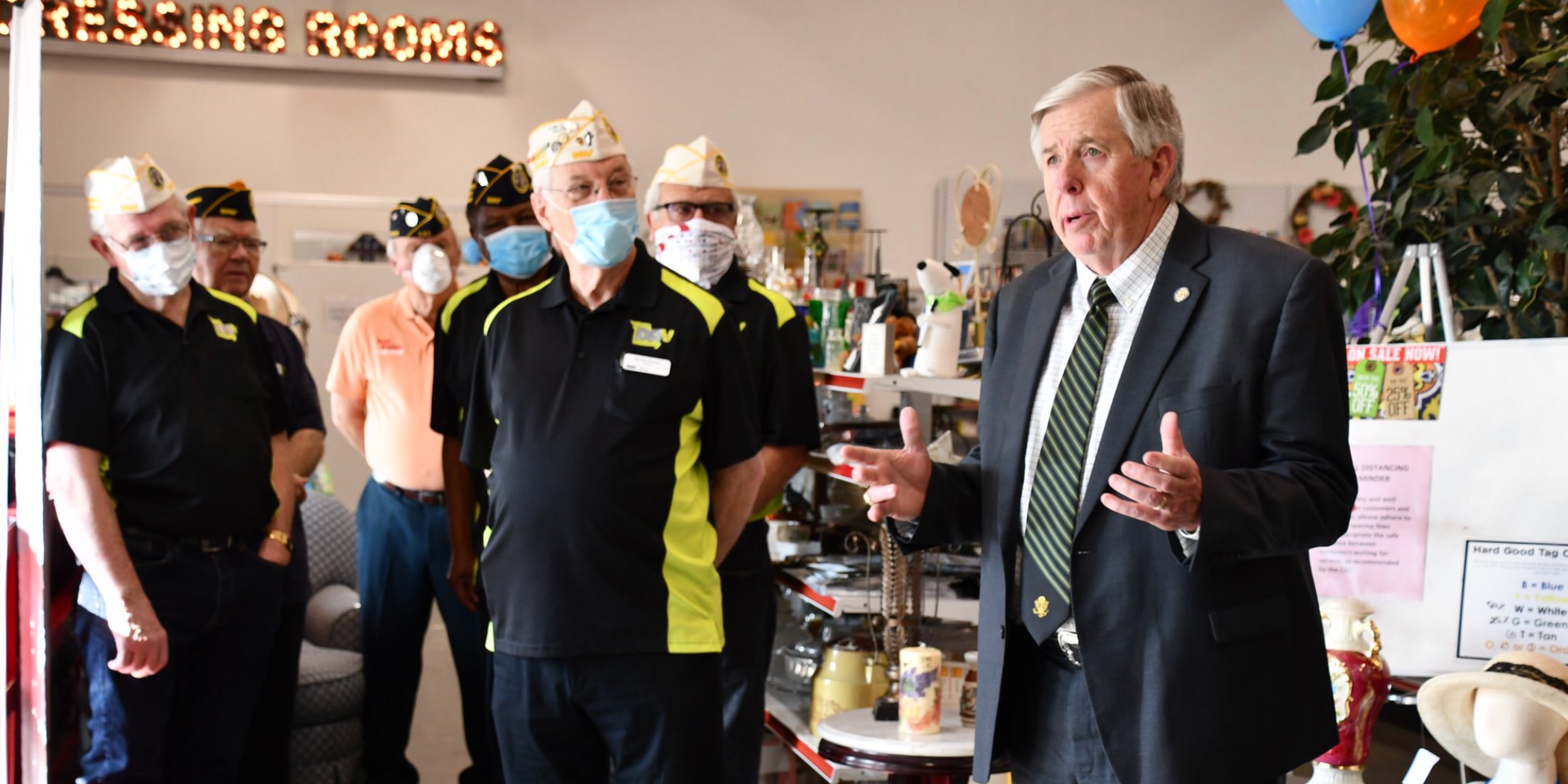 Missouri Gov. Mike Parson on Monday defended his decision not to wear a facial covering when he visited a thrift shop in the city of Joplin as the state relaxes its stay-at-home order and some businesses in the state begin to re-open.

“I chose not to,” Parson, said during a press conference in Jefferson City, Newsweek reported. “I think it’s up to the individual. I don’t think it’s government’s place to regulate that. It’s your personal responsibility. Common sense, self-discipline, your choice.”

In a tweet, Parson said the Red Racks thrift store, which is operated by the nonprofit Disabled American Veterans, had been deemed essential and stayed open amid the pandemic.

As states nationwide begin to relax stay-at-home orders and reopen some non-essential businesses, some state leaders have required residents to use facial coverings in public places. On Monday, the day some businesses were allowed to reopen, Missouri reported 368 new COVID-19 cases – its single-highest day-over-day increase in cases yet, according to KMOV.

Parson on Monday tweeted photos of himself visiting the thrift shop mask-free, which prompted angry responses from users who thought he should have worn a facial covering. Surrounded by a group of veterans, Parson was one of just a few pictured without a mask.

Stopped by Red Racks DAV in Joplin before they opened this morning and met with employees and several members of the DAV board. pic.twitter.com/TKkYHHlndj

“It’s really not that hard just to wear the damn mask,” one user wrote.

“You wear the mask to protect others, not yourself. Thanks for showing how little you care about all of us,” another said.

A Business Insider request for comment from Parson’s office was not immediately returned Tuesday afternoon.

In a tweet on Tuesday, Parson, a Republican, encouraged Missouri citizens to visit reopened businesses to stimulate the state economy.

“We are on the road to recovery, and we must continue taking steps to protect ourselves and others throughout the recovery process,” the governor tweeted. “With that said, we encourage Missourians to safely re-engage in the economy.”

In Ohio, Republican Gov. Mike DeWine initially noted the state would require customers visiting reopened establishments to wear a face mask, though he later backtracked and said wearing facial coverings was encouraged, but not mandated.

“It became clear to me that that was just a bridge too far. People were not going to accept the government telling them what to do,” DeWine said Sunday during an appearance on ABC News’ “This Week.” “And so we put out dozens and dozens of orders, that was one that it just went too far.”

Masks have been the subject of much debate throughout the course of the COVID-19 pandemic. While US officials and health experts at the outset of the pandemic suggested masks should only be worn by sick individuals and by medical personnel, the Centres for Disease Control and Prevention now recommends facial coverings to be worn in public.

Vice President Mike Pence similarly came under fire recently when he visited the Mayo Clinic in Minnesota and was the only person photographed who wasn’t wearing a facial covering, even though the clinic had reportedly told his staff about a rule requiring them. Pence later told Fox News he didn’t think to wear a mask was “necessary,” but that he should have worn one during his visit.